Millionaire Max Delmege, 75, and his 36-year-old wife Sam are expecting twins after suffering an excruciating six-year battle with infertility.

The Sydney couple – who have a 39-year age gap – have been desperately trying to fulfill their dream of starting a family after spending more than $100,000 on failed IVF treatments.

But after five tragic miscarriages, hundreds of needles, 23 IVF attempts and ‘many tears and so much heartbreak’, Max and his wife have announced they will become parents to twin babies – a son and a daughter – in January 2021. 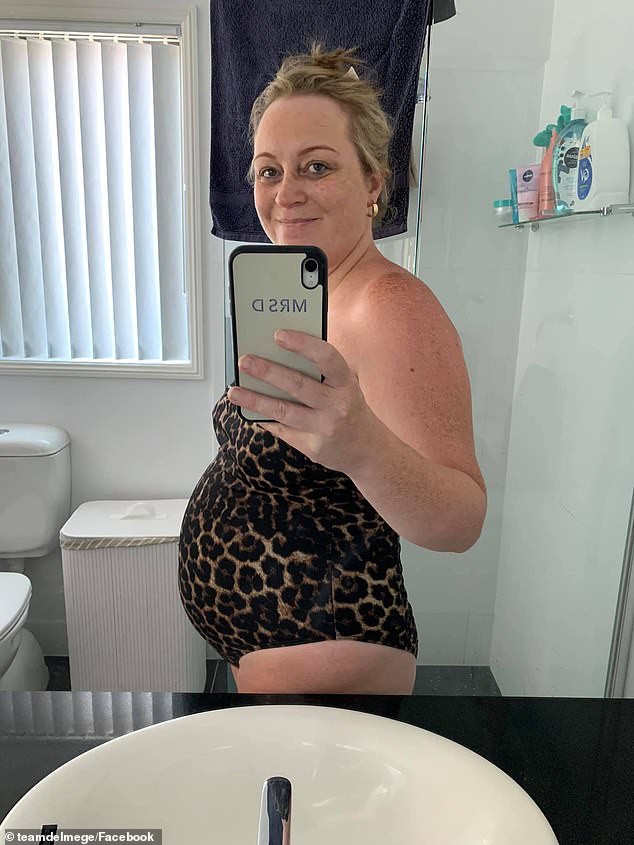 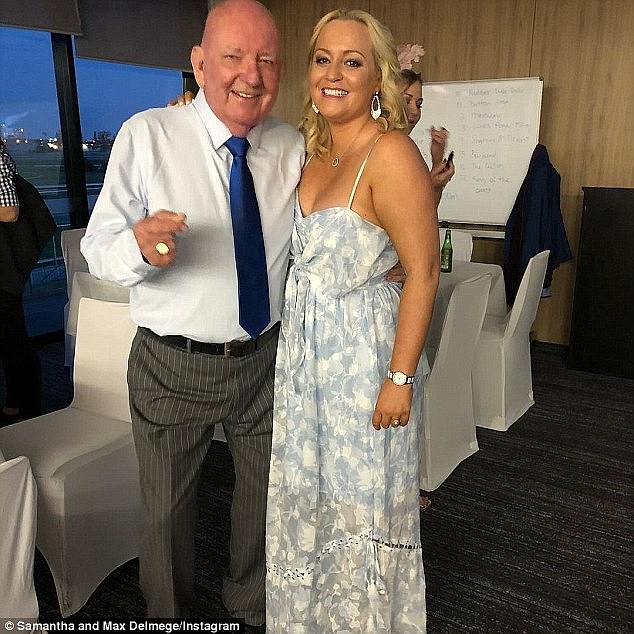 Septuagenarian millionaire Max Delmege and his wife Sam (pictured) have been desperately trying to fulfill their dream of starting a family after spending more than $100,000 on failed IVF treatments 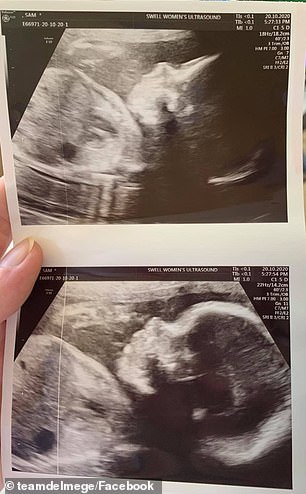 ‘With shaking hands and the happiest of tears in my eyes, I honestly can’t believe how blessed Max and I are,’ an emotional Sam wrote on Facebook.

‘What has been the longest six years of our lives, the hardest time, yet a time we couldn’t give up as one goal was on our mind.

‘It’s finally our time to share with everyone that Max and I are expecting not just one but two babies in January 2021.’

The mother-to-be revealed her pregnancy came after 27 embryos, 168 eggs collected, hundreds of needles, three laparoscopy procedures and the ‘list goes on’.

‘To say it’s been easy to get this far is an understatement. And I doubt it’s going to be easy from here on in,’ Sam said.

She said the first three months of pregnancy were ‘horrible’ with morning sickness and even days where she ‘could barely leave the bed’. 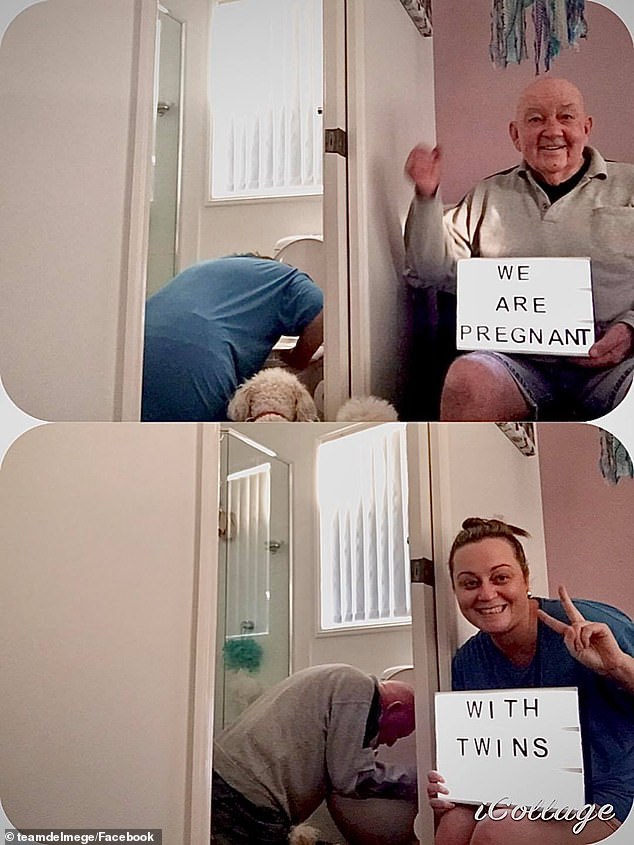 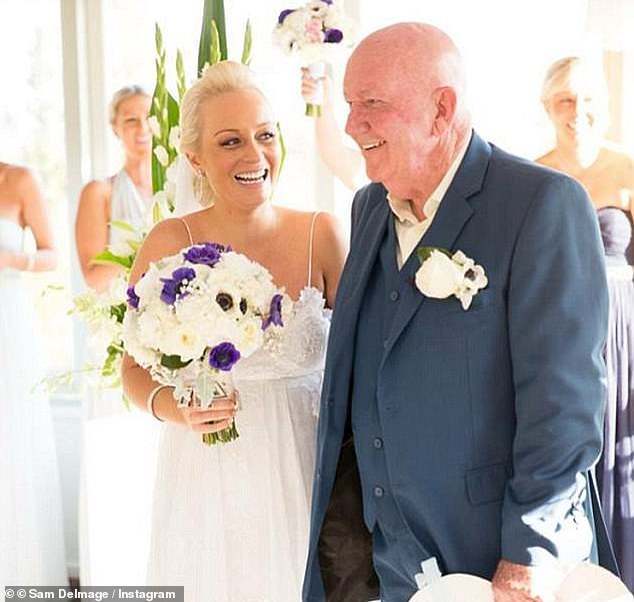 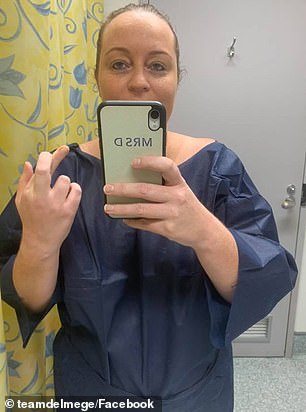 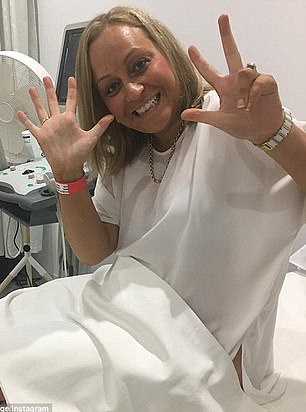 Sam previously revealed she suffered five tragic miscarriages, hundreds of needles, 23 IVF attempts and ‘many tears and so much heartbreak’

‘But through those tears and the hurt we pushed on under the guidance of [our doctor] and we never gave up, and he never gave up on us,’ she said.

‘So for now we know we still have a long way to go but we have been told we are allowed to share our news. I am actually going to be a Mumma.’

In a post on October 16, Sam shared an update on her babies following a scan.

‘All was perfect with the babies. It’s the nicest two hours to see them growing and moving and thriving,’ she wrote.

‘Twin A – Boy is 633 grams and twin B – Girl is 629 grams. Both within the 60th percentile and normal size if they were only singletons.

‘What a bonus! All structures of their body and organs are looking perfect. Heart beats are perfect. Moving around a lot and I love feeling them every single day. Still hasn’t quite sunk in yet.’ 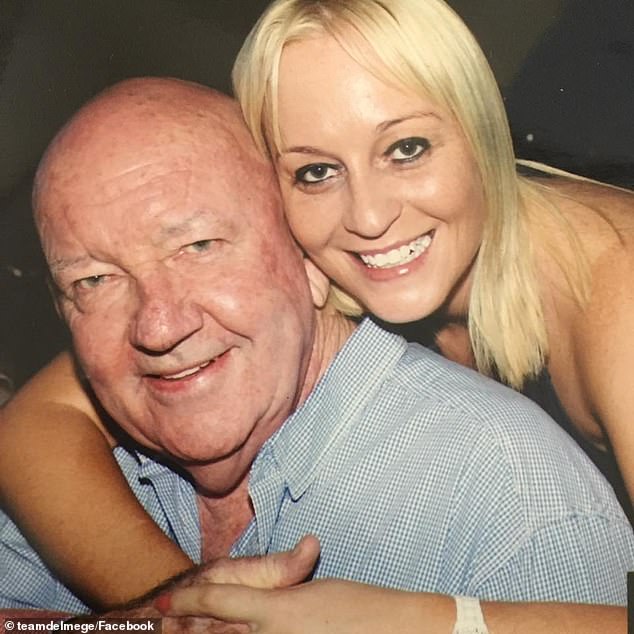 Sam has openly spoken about her turbulent struggles of having a baby against the ever-decreasing odds.

‘When we finally sought help in 2015 I was told ‘you’ll get pregnant more then likely first go’. I was so excited that finally it could all be over. Finally my dream.

‘That cycle was an absolute failure.’

But when she finally fell pregnant for the first time in April last year, she lost her unborn child at just six weeks.

Three months later, the pair – who married in 2015 – were delighted to discover they were expecting twins but Mrs Delmege tragically suffered a double miscarriage.

‘My whole life was shattered that year,’ she said.

Despite her multiple failed IVF cycles, Mrs Delmege has been able to find the strength to overcome the heartbreak.