A mother who earns £670 a month reveals how she has been priced out of the area of Manchester where she has lived for 40 years due to gentrification in tonight’s episode of Manctopia: Billion Pound Property Boom.

The woman, identified only as Christina, grew up in Salford and has lived there her entire life but is close to being forced out because Media City UK – the 200-acre property development which houses the BBC and ITV, among others – has made the area more ‘desirable’ and led to rent price hikes.

‘It’s just well out of reach,’ she admits. ‘I’m being forced out. It’s become so desirable that the likes of me and many others, we’re going to struggle.’

The four-part documentary series, which starts tonight on BBC2, highlights the two sides of the city’s rapid development. It also follows Tim Heatley, a local millionaire determined to gentrify the city’s red light district by developing around 1,000 apartments which he claims will have a value of £450 million when complete. 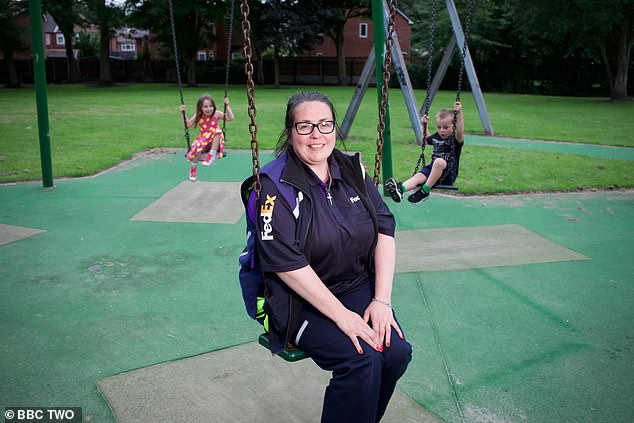 The documentary tells the story of mother-of-two Christina, pictured, who has been priced out of Salford, the area she grew up in and has lived in for nearly 40 years 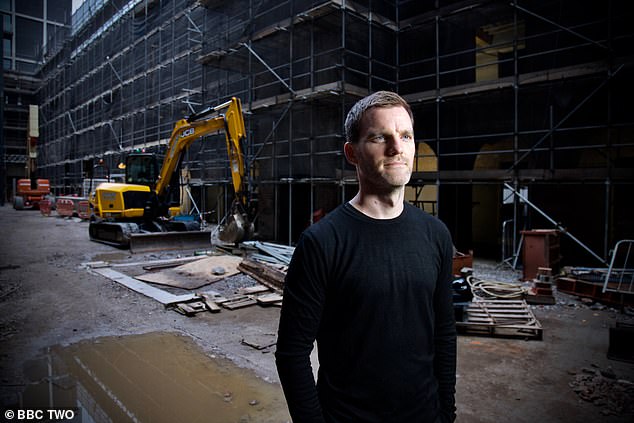 Christina, who works 30 hours a week at a delivery firm and pays £670 a month in rent, is left devastated after discovering she has to find a new home in just two weeks.

After her landlord served her a Section 21 notice, meaning she had been evicted from her home through no fault of her own, Christina is forced to leave her three-bedroom home where she lives with her two children and seek alternative accommodation.

After visiting an estate agent, Christina realises the local area is well out of her price range.

She explains in the documentary that the development of Media City UK, on the banks of the Manchester Ship Canal in Salford and Trafford, has meant the area is no longer affordable for local residents.

‘Salford is becoming a really desirable place,’ she says. ‘It’s too expensive, I’m managing but there’s no spare [cash].

‘I couldn’t afford more. I thought I was going to be here for a long, long time. But the landlady’s circumstances have changed.’ 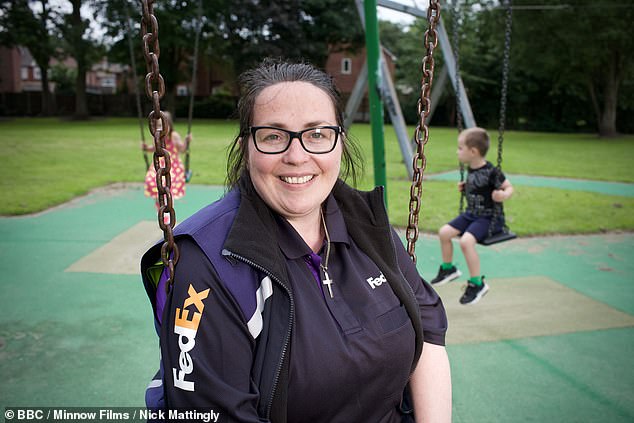 Christina paid £670 a month while working 30-hours a week at a delivery firm, and insisted that she had never been behind on her payments, but was forced out of her home

Christina wants to remain in Salford, as she needs her mother nearby to help with childcare during work hours, however homes in her price range are only available outside of her local area.

After moving in with her mother to avoid having to move into a hostel temporarily, she is labelled technically not homeless, and not in an emergency situation.

Eventually Christina is placed in a two bedroom flat in her area, which she is able to afford with subsidised rent from her local council.

On the other side of the development boom is Mr Heatley, who is overhauling the city’s red light district – an area he has rebranded Piccadilly East – at a cost of £2million a week, while also heading up the Mayor’s homeless charity.

He admits that while he feels ‘homelessness is bad for business’, helping out with Andy Burnham’s A Bed Every Night scheme helps him feel ‘less guilty’ and like he’s ‘done his bit’. 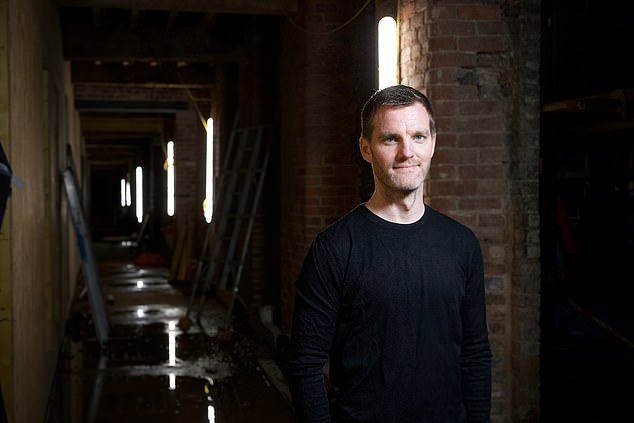 Tim is overhauling the city’s red light district – an area he has rebranded Piccadilly East – at a cost of £2million a week, while heading up a homeless charity

‘I feel less guilty if I’m helping out a bit, from a selfish perspective I feel like I’ve done my bit and I can say to my kids if they ask, “Why is that person sat on the street?” that I’m helping,’ Tim explains.

‘Homelessness is bad for business; who wants to live in a city where there are people sleeping rough in your doorway?

‘The reality is with so many more people living in the city you uncover more homelessness.’

Tim is developing land near Piccadilly train station, a stone’s throw from the city’s stylish Northern Quarter, but admits that some of his luxury apartments, set to be priced upwards of £1million, are next door to some of the city’s most deprived residents. 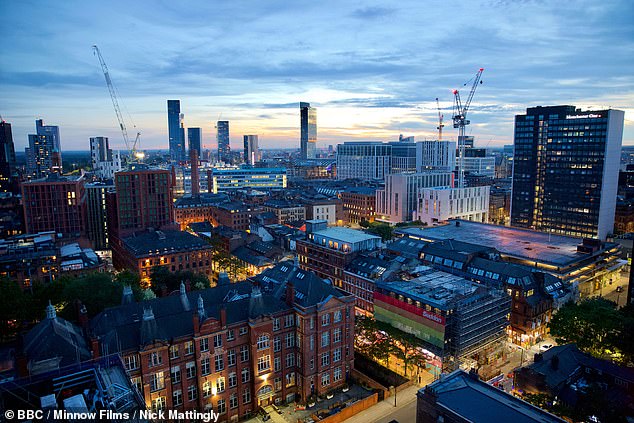 Tim is determined to gentrify the city by developing around 1,000 apartments, which he says will have a value of £450 million when complete. Pictured: Manchester’s cityscape

While showing off his building site, Tim points out an area which looks to have become a makeshift brothel, confessing: ‘There’s definitely something going on, where somebody is knocking up some kind of makeshift screen to hide the unsavoury activities going on behind it.’

He is filmed walking into an outdoors area scattered with used condoms, and a price list advertising sex acts for as little as £4.99.

‘You can literally stand here and see a sex worker and our building next to it, and it makes you think, we’re selling apartments here in excess of a million quid, and obviously it’s right next to that kind of activity,’ Tim explains.

He admits his development has caused ‘tension’ in the surrounding area, but feels he’s pumped so much money into his project, it’s near impossible to fail.

‘This area is changing really quickly’, he says. ‘You feel the city bashing up against itself and you can really feel the tension in the area, the pimps don’t want you in the area, they’re pushing out their punters.’

‘I think what will happen is, so much money will be spent here that it can’t fail really, once it’s started it’ll have to happen.’