For these thriving over fifties, it’s not just the animals who have benefitted from their meat and dairy free diet.

PETA [People for the Ethical Treatment of Animals] has announced its 12 finalists for this year’s UK and Ireland’s Most Beautiful Vegan Over 50 competition – a twist on the animal rights organisation’s popular Hottest Vegan contest.

It’s up to the public to decide on the winner, who will be treated to an award-winning ‘Les Plantes’ vegan tasting menu for two at top London restaurant Gauthier Soho.

The competition aims to prove ‘there’s nothing more attractive than compassion’, and honours ‘venerable vegans who are living, breathing examples of beauty, inside and out’, according to PETA director Elisa Allen, who said the remaining contestants are setting ‘an admirable example… for younger generations to follow’.

Here FEMAIL introduces the 12 finalists hoping to be crowned PETA’s Most Beautiful Vegan Over 50 – so which hopeful is your favourite? 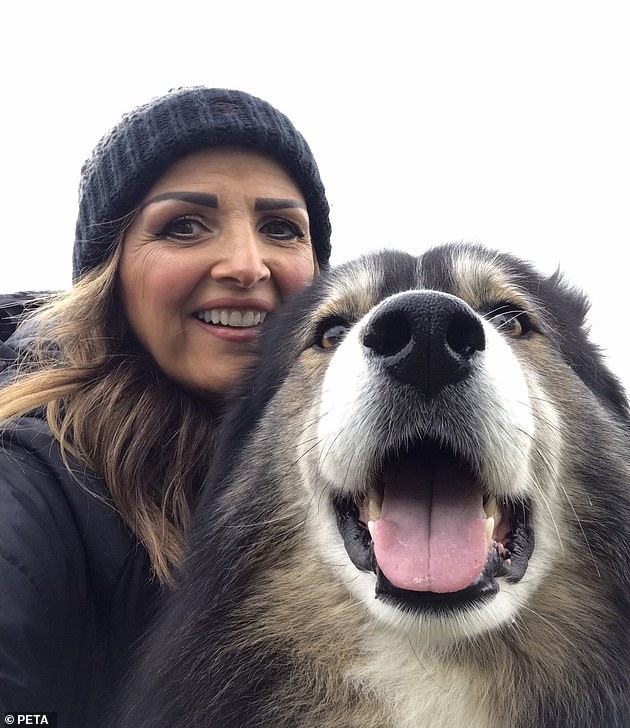 Activist Carole Grant, 60, from Ballymena, Northern Ireland, advocates for animal liberation and has been a vegan for more than eight years now 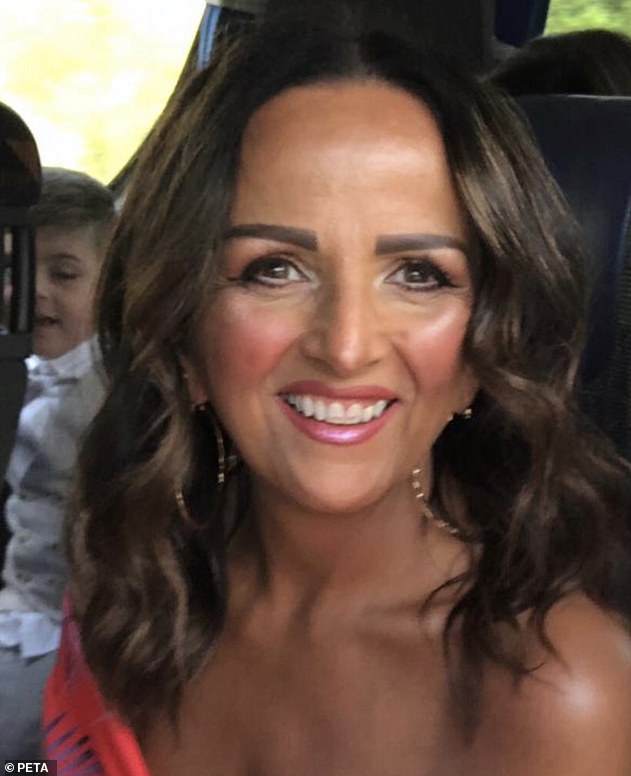 When she isn’t out campaigning for animals rights, Carole spends her time watching true crime programmes at her home in Ballymena with her much-loved pet dog and cat

As a passionate activist, she advocates for animal rights at every opportunity and often takes to the streets to call for their liberation.

In her spare time, you can find her enjoying a true crime programme at home with her dog and cat, whom she loves ‘more than life itself’. 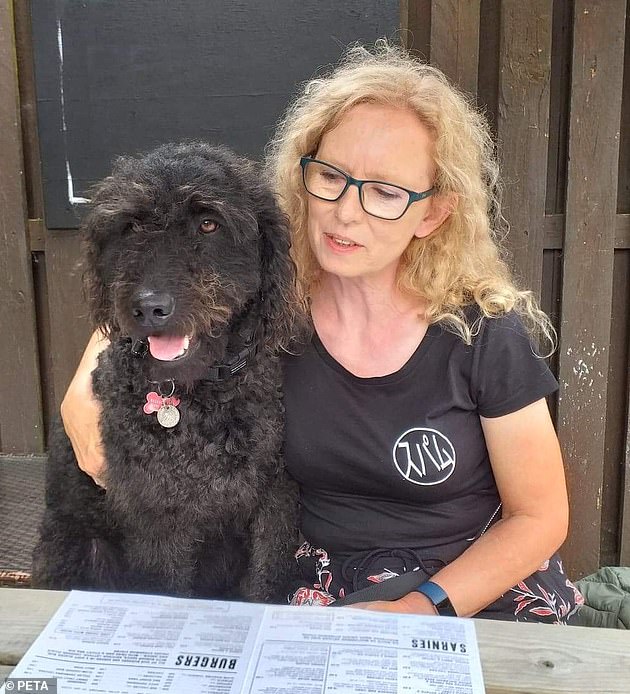 Sandra Strathie, 62, from Dundee, Scotland, realised at a young age she was not able to have so much love for animals and still eat them, so decided to make a change in her life 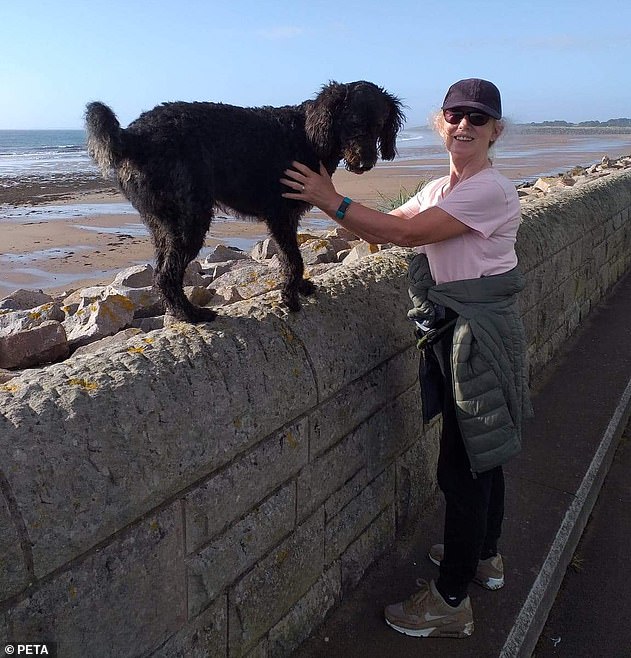 In a bid to do her bit for animal welfare, she encourages others to live a compassionate lifestyle and has developed dozens of vegan alternatives to traditional recipes

Sandra Strathie, 62, from Dundee, Scotland, is a published writer, therapist, and a master at re-imagining traditional recipes into vegan dishes.

She has had a love of animals since childhood and realised she can’t both love and eat them when talking to a student who inspired her vegan journey.

Since then, she’s encouraged others with her compassionate lifestyle – including her now-vegan husband. 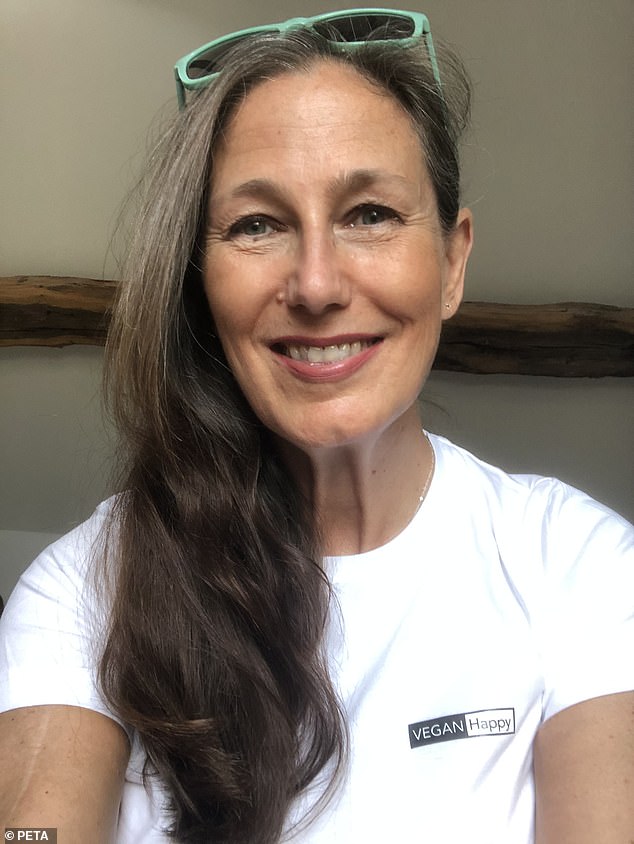 Lorri Delahunty, 55, from Worcester, owns her own clothing brand VEGAN Happy – with all the profits being donated to animals in need 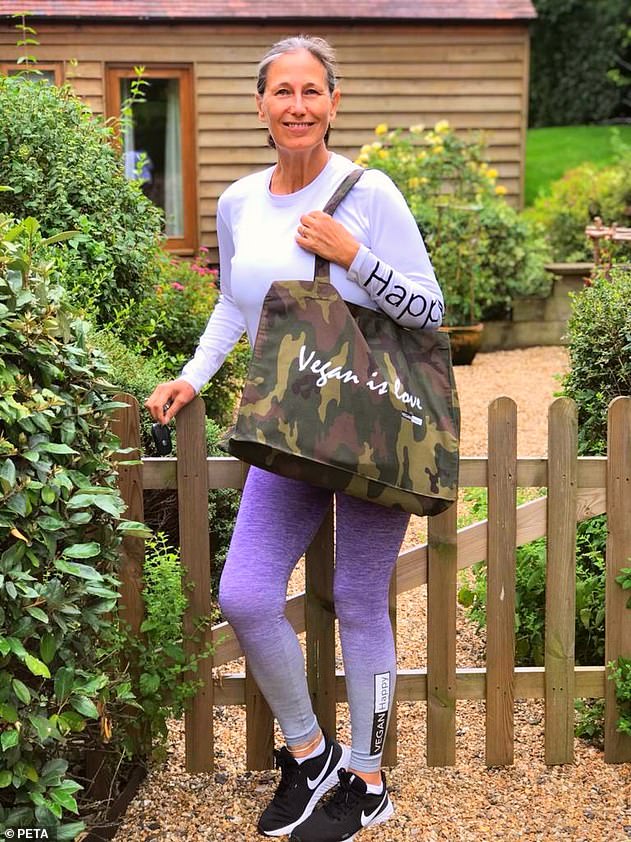 As well as her running her clothing brand in support of animal welfare, the self-proclaimed Marmite addict and passionate vegan hopes to own her own animal sanctuary one day

Lorri Delahunty, 55, from Worcester, developed her own clothing brand VEGAN Happy, which donates all the profits to animals in need.

As well as leading a vegan lifestyle, she is passionate about helping friends and family interested in changing their diets.

She also speaks to local meat and dairy farmers about making the transition to growing crops instead.

The passionate vegan says she is a self-proclaimed Marmite addict and dreams of owning an animal sanctuary someday. 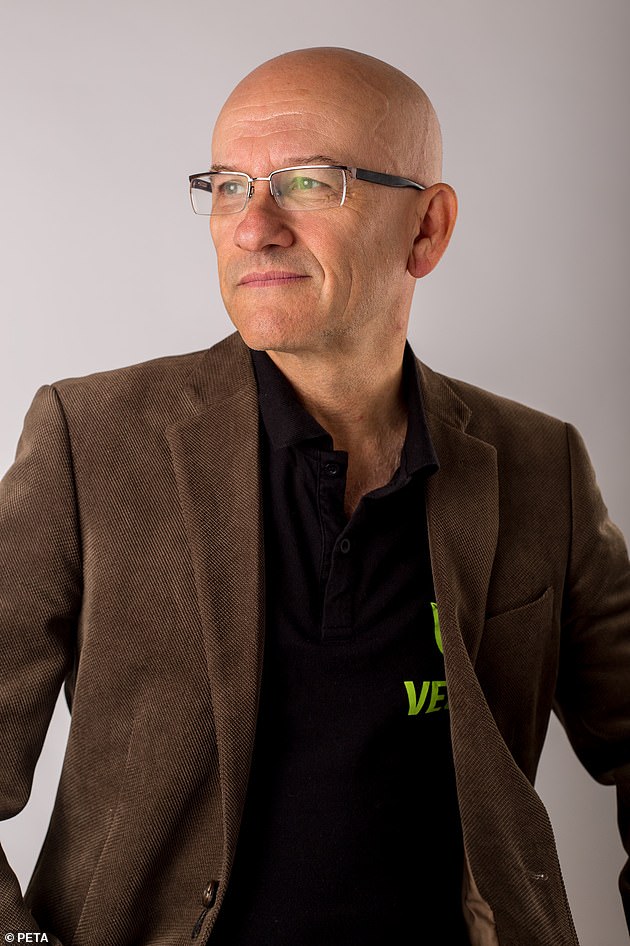 Singer-songwriter David Finney, 57, from Brighton, speaks about animals rights to raise awareness at schools and universities and regularly attends marches 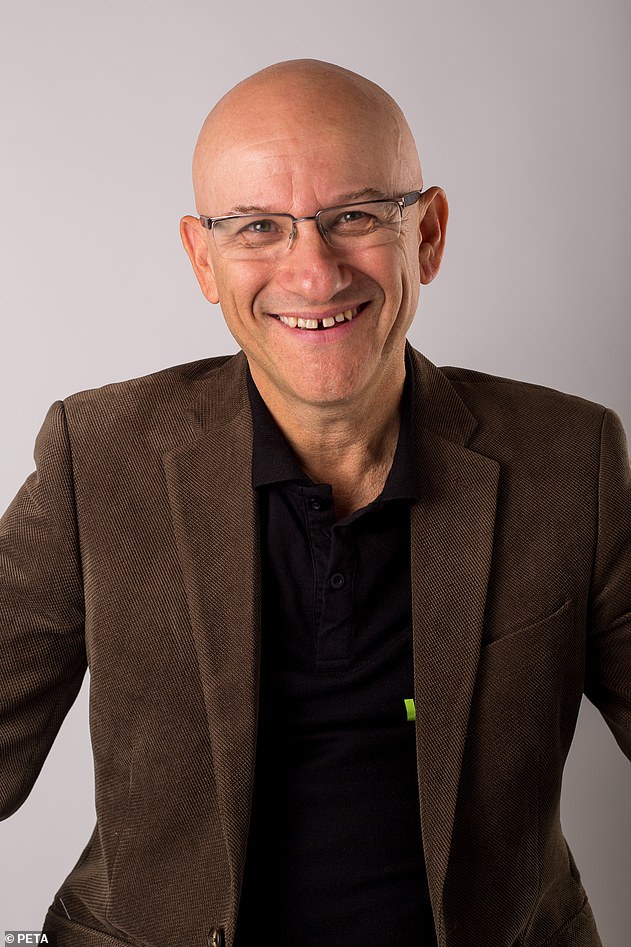 To accompany his speeches, he also promotes animal advocacy by writing a song called ‘Red Red World’ and produced a music video about the horrors of factory farming

Singer-songwriter David Finney, 57, from Brighton, speaks at schools and universities about animals rights.

As well as delivering speeches, he attends animal rights marches and is the membership secretary of Greens for Animal Protection.

His dedication to animal advocacy prompted him to write a song called ‘Red Red World’ and produce a music video to raise awareness about the horrors of factory farming. 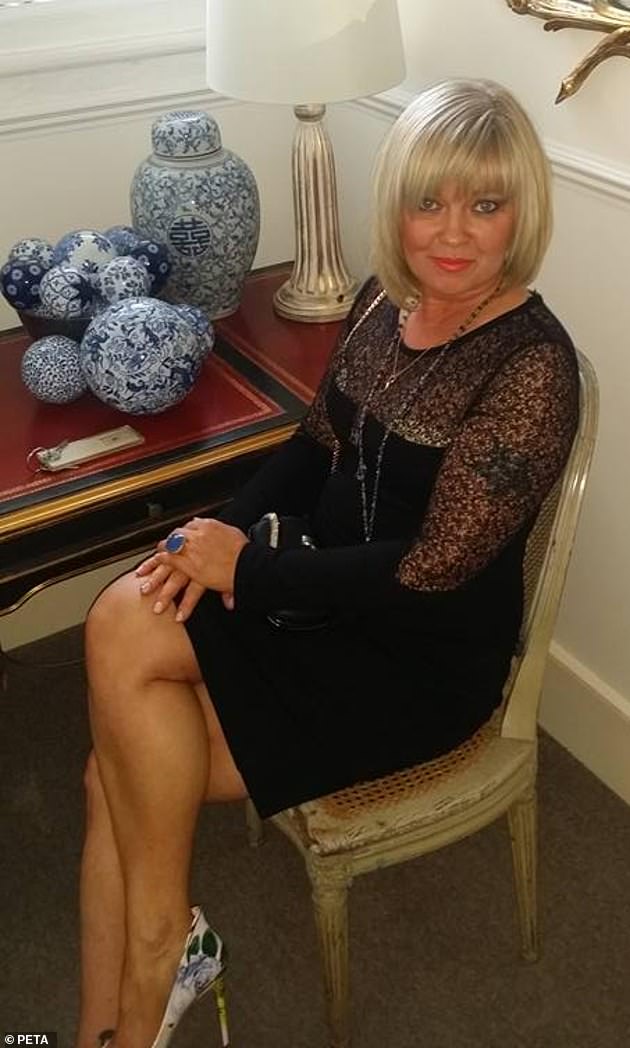 To care for every creature, Marzena Spiewak, 55, from Warwick, opens up her home to everything, including a spider-turned-flatmate, and turned her garden into a safe haven for hedgehogs

Marzena Spiewak,55, from Warwick, showed her colleagues the reality of the dairy industry and campaigned for her workplace to switch to vegan milk – and it worked.

Her huge heart for animals means she cares for them all, with no creature big or small left unloved – including a spider-turned-flatmate who settled in her kitchen for a year.

The animal-lover is so passionate she even transformed her garden into a safe haven for hedgehogs, squirrels, pigeons and other animals. 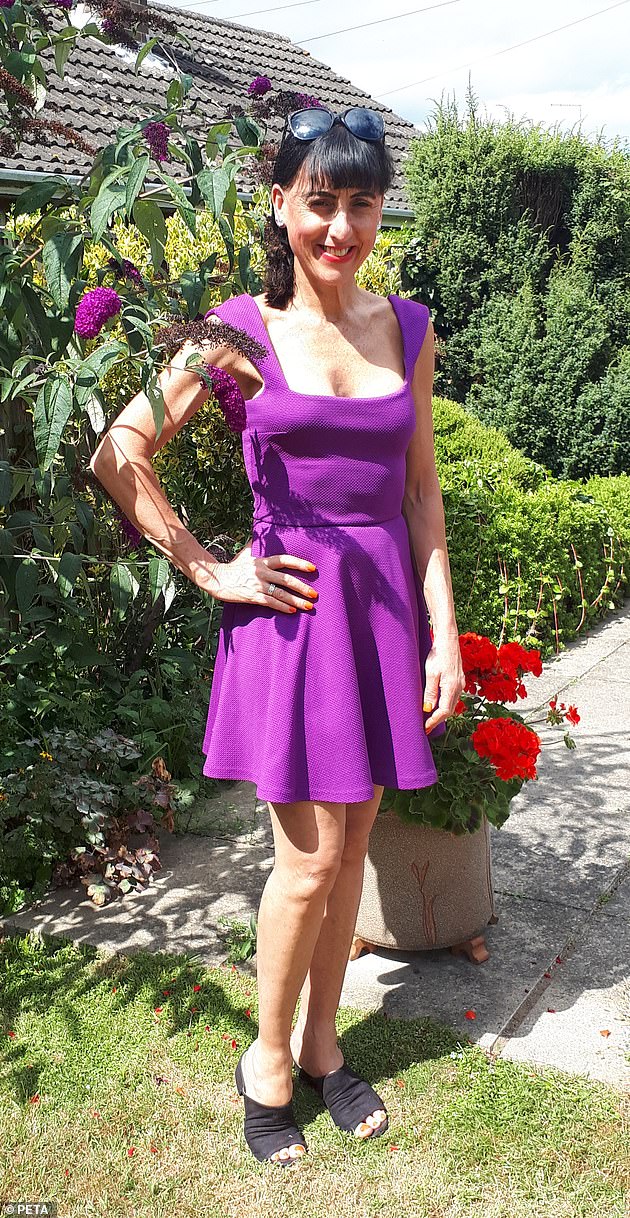 Susan Leeming, 54, from Norwich, gave up dairy after developing breast cancer and soon turned to a vegan diet after realising she felt better for cutting out certain food groups 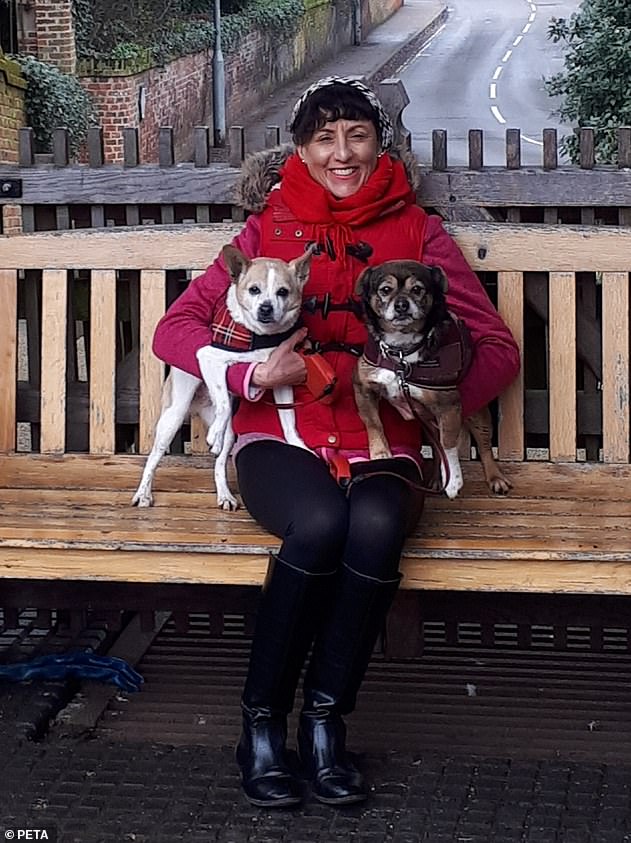 Since her battle with cancer, she has decided to speak up for animals whenever she can after researching animal agriculture – which lead her to adopting a meat-free diet

During a battle with breast cancer, Susan Leeming, 54, from Norwich, was advised to stop consuming dairy.

She was pleasantly surprised that she found it so easy to cut out of her diet, and felt much healthier for it too.

This led her to do more research into animal agriculture, which made her go meat-free.

Since beating cancer, she has spoken up for animals at every opportunity, lives her compassionate life to the fullest, and feels as free as a bird. 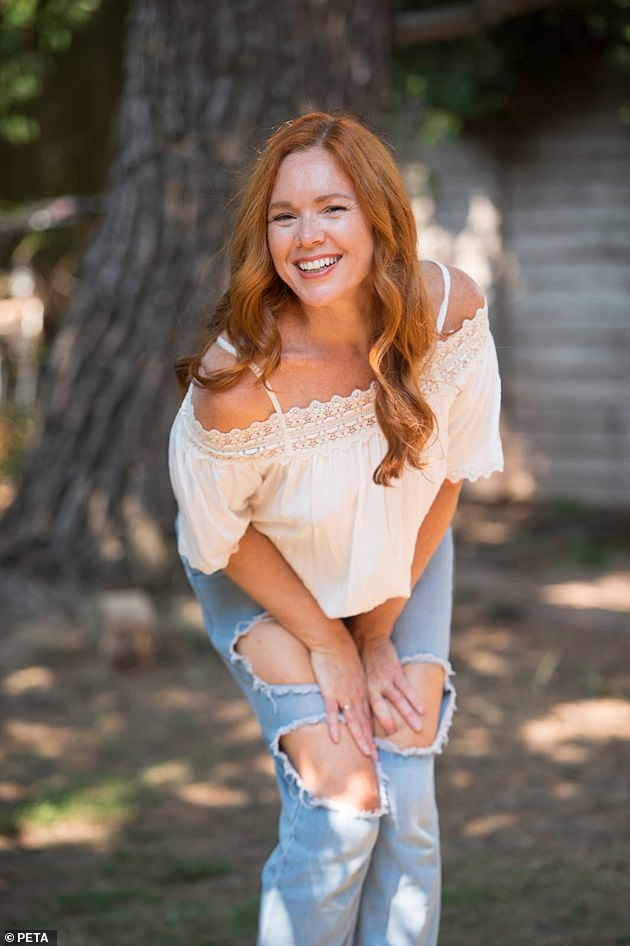 Julie Stewart, 51, from Horsham, said she felt like a ‘female Benjamin Button’ after turning to a vegan diet and even studied nutrition so she could help others benefit from a healthy diet 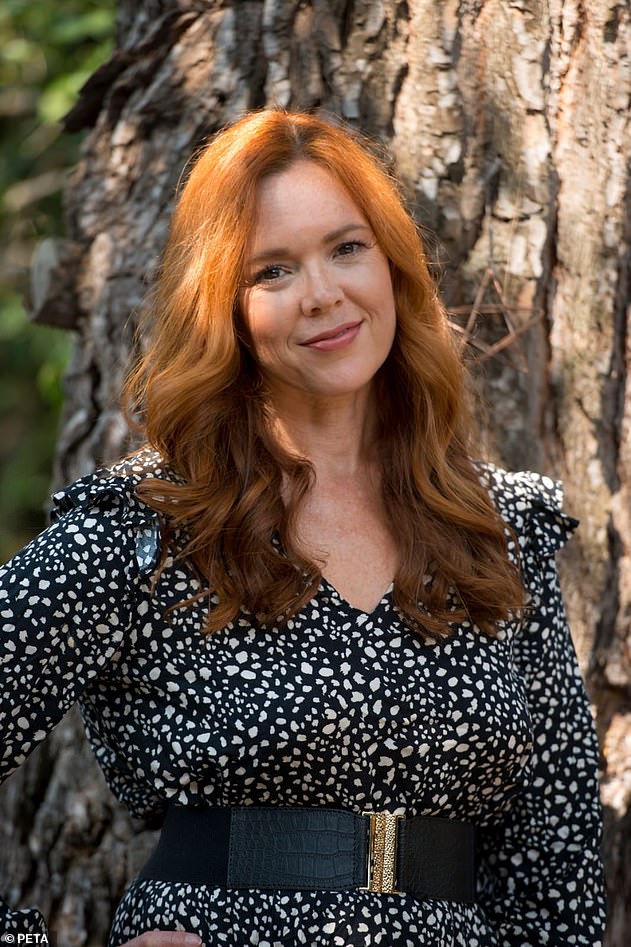 After having such a positive experience moving onto a vegan diet, she decided to set up a nutrition practice and regularly speaks at vegan fairs to promote animal advocacy

After going vegan and feeling like a ‘female Benjamin Button’, Julie Stewart, 51, from Horsham, studied to become a nutritionist so she could help others feel as great as she does.

She now runs a nutrition practice which specialises in vegan eating and is also an NHS primary care commissioning officer.

She regularly speaks at vegan fairs and even organised the very first one in her home town to promote animal advocacy. 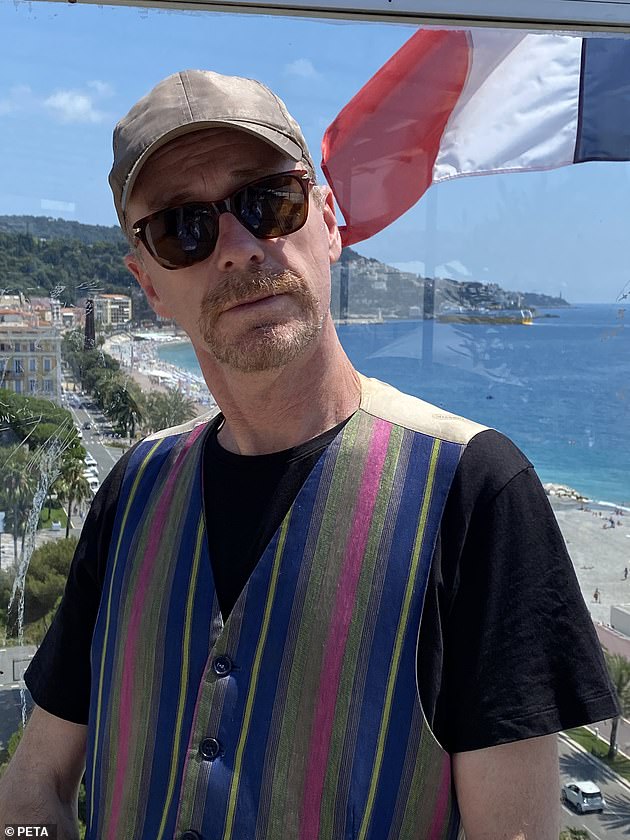 Former pig-factory worker Charles Vincent, 57, from London, decided to turn vegan 40 years ago after reading a copy of Peter Singer’s Animal Liberation and has even staged his own one-person protests outside a restaurant in London serving live sea animals

Charles Vincent, 57, from London, a former pig-factory worker, said his life changed when he picked up Peter Singer’s Animal Liberation.

After reading his copy of the animal ethics book 40 years ago, he decided to go vegan.

He has mounted a one-person protest outside a restaurant in London serving live sea animals, speaks about animal rights at every opportunity, and inspires those around him to think twice about eating meat, fish, eggs or dairy. 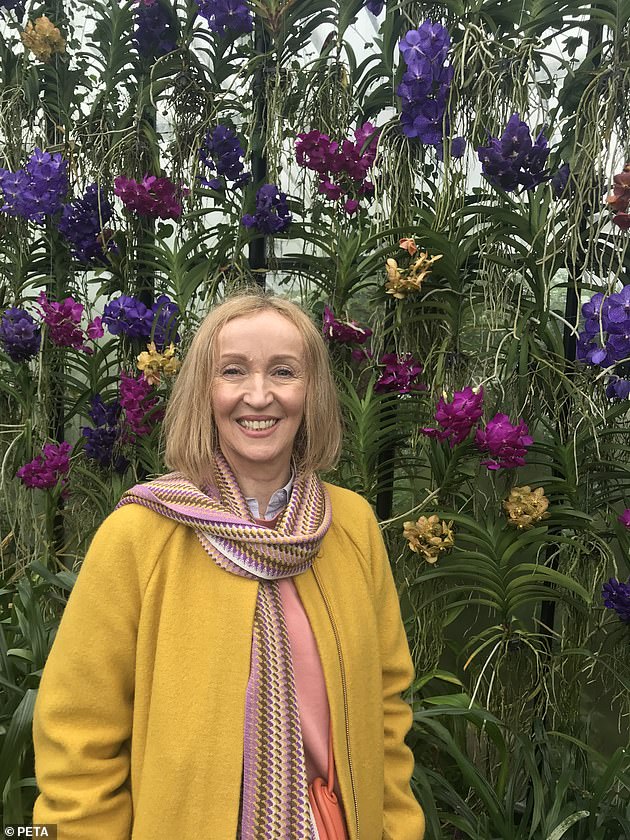 Michelle O’Mahoney, 57, from London, has been marching in protests against animal testing laboratories and regularly speaks to her family and friends about the horrors of animal agriculture

Passionate vegan Michelle O’Mahoney, 57, from London, has been advocating for animal rights for decades.

She has marched in protests against cruel animal testing laboratories and spoken out about the horrors of animal agriculture with friends and family.

Along with her passion for animals, she loves dancing and digital strategy – she was one of the very first women in the field in the mid-Nineties. 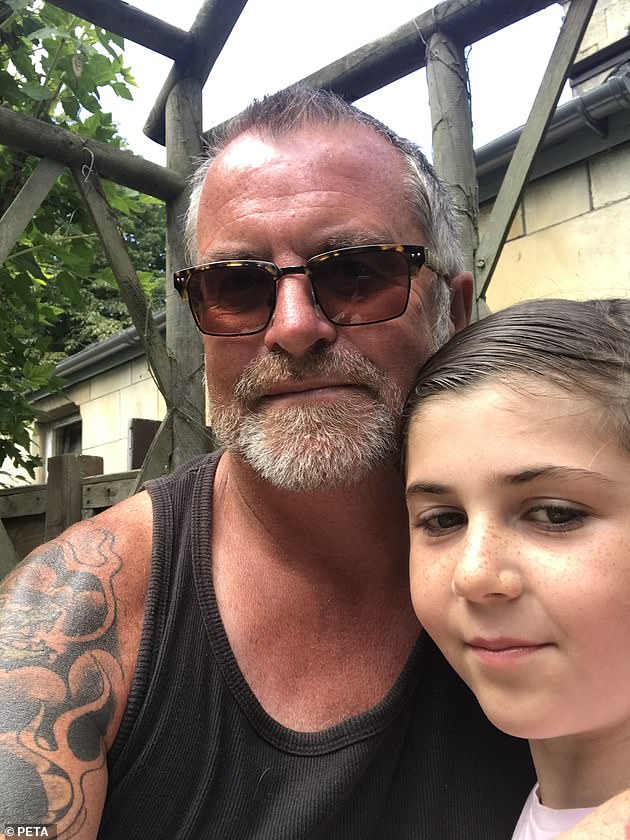 Desmond Butt, 55, from West Bury, raises awareness of animals’ suffering on social media after turning vegan four years ago and prides himself on staying fit and being ‘powered by plants’

Desmond Butt, 55, from West Bury, has been vegan for four years and feels strongly about stopping the slaughter of animals for food.

Now in his mid-fifties, he prides himself on staying fit and exercising while being powered by plants.

He uses his love of fitness to talk to others about being healthy and vegan and takes to social media to raise awareness of animals’ suffering. 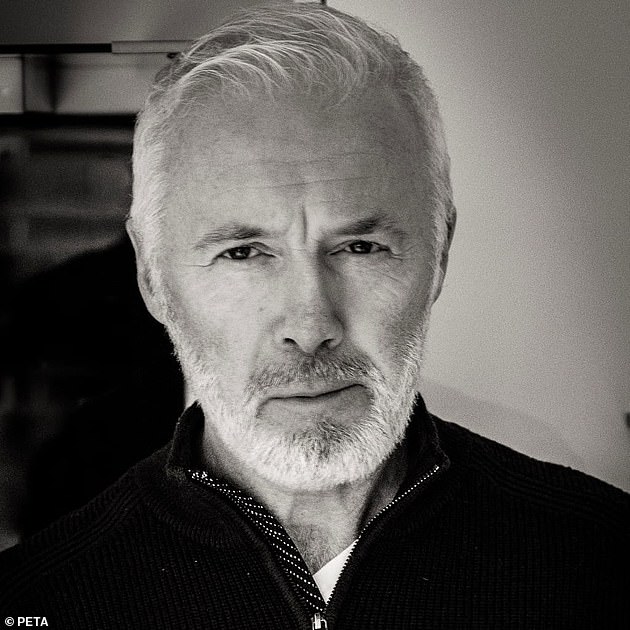 Karl Fogg, 56, from Fleetwood, dabbles in cooking meat-free dishes after his daughter became vegetarian and is now working on developing a vegan cookbook

A self-proclaimed foodie with a heart for animals, Karl Fogg, 56, from Fleetwood, is a vegan activist in both his professional and personal life.

He is the family chef and started dabbling in cooking meat-free dishes after his daughter became vegetarian.

This prompted him to take a closer look at the meat, fish, dairy and egg industries, which motivated him not only to go vegan but also to become an activist in every aspect of his life.

He is now working on a vegan cookbook and mentors new vegans. 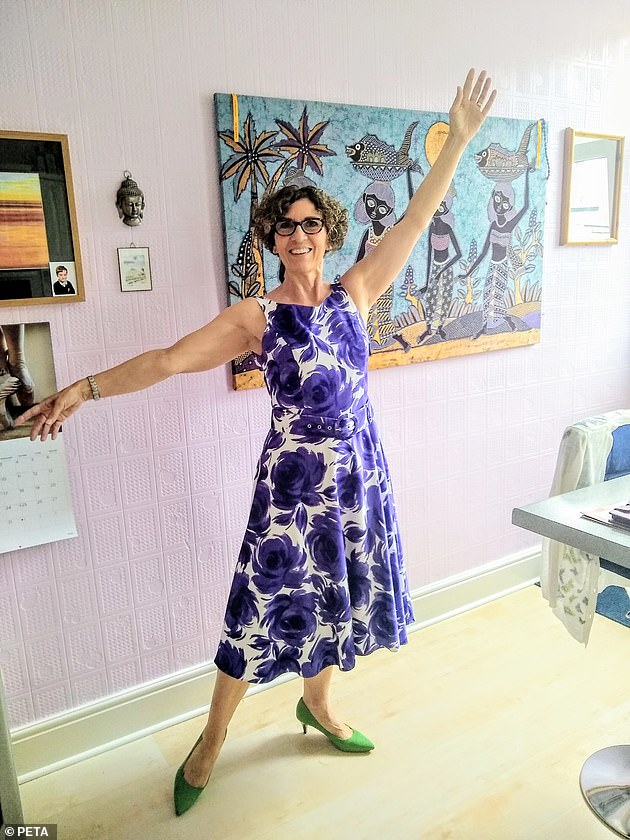 When she isn’t working as nurse, Elizabeth Crampton, 62, from Bradford, volunteers with animals in her spare time and writes to government bodies about animal rights

Elizabeth Crampton, 62, from Bradford, went vegan 40 years ago after she recognised that caring for animals means not eating them.

When she’s not working hard at her day job as a nurse, she does volunteer work with animals.

As well as volunteering, she signs every petition she can to help them, spends time with her two dogs, and writes to government bodies about animal rights.