A couple who wed without meeting each other have revealed their marriage is a success because they ‘treated it as a serious relationship’ once they were matched, despite only meeting at the altar.

Primary school teacher Michelle, 25, from Hastings, tied the knot to stranger Owen, 31, from Sheffield, on Married at First Sight days before the nation was plunged into lockdown in March of this year.

After deciding to move in together, love blossomed for Owen and Michelle and they are the first couple in the show’s history to decide to stay together at the end of the TV experiment.

Appearing on This Morning today Owen said that the couple had put ‘a lot of effort’ in ahead of their wedding by being ‘committed’ to their engagement, despite not having set eyes on each other.

He said that while their marriage, which came about after being paired together following rigorous research from matchmakers, wouldn’t exist without the show, neither he or Michelle ‘went into it lightly’. 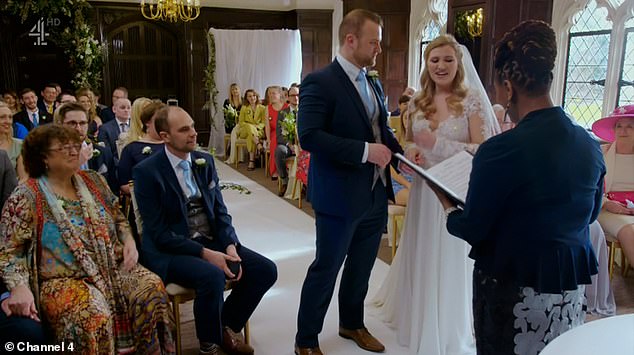 Owen Jenkins, 31, from Sheffield, appears on the Channel 4 show Married at First Sight, where he marries primary school teacher Michelle, 25, from Hastings 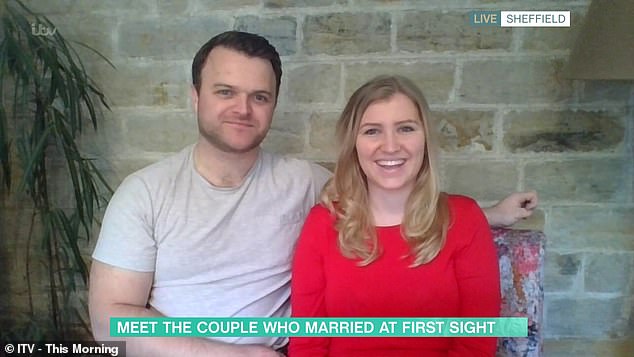 Owen explained: ‘The process can’t exist without the TV show there, but you can’t go into it lightly. You’re not swiping right on an app.

‘So much time and effort goes into it, we were both very committed to the fact we were engaged when we found out we were matched with each other.

‘We put a lot of effort into the process, it doesn’t always come across, they can only put so much in the TV show after filming hundreds of hours, and you treat it as a serious relationship.’

After marrying at a lavish ceremony at Eastwell Manor in Ashford Kent, the couple enjoyed a week-long honeymoon together before deciding to move in together in Brighton. 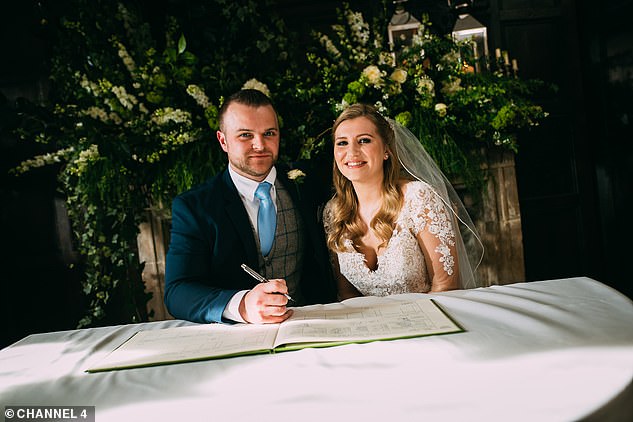 After marrying at a lavish ceremony at Eastwell Manor in Ashford Kent, the couple enjoyed a week-long honeymoon together before deciding to move in together in Brighton 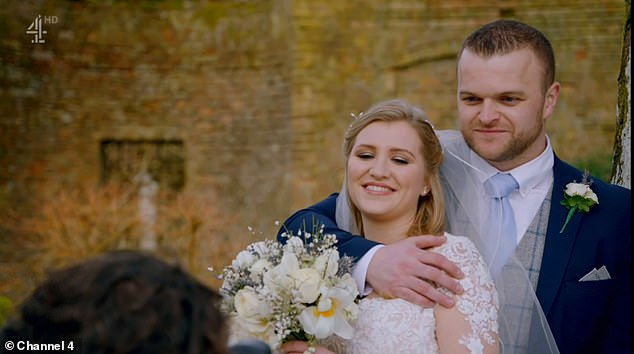 They went on to move in with one another during the Covid-19 crisis, and spent three months in lockdown together.

Owen told there was ‘never a question’ that the pair would move in together throughout the pandemic, while Michelle admitted they are ‘incredibly lucky’ their ‘punt’ worked out.

‘I think we knew, said Owen, ‘Through the honeymoon there were inklings [of lockdown coming.

‘There was never even a question, we knew we would go into lockdown together and it was a weird time for everyone – but it was great for us because we got to spend 24 hours together and get to know each other.’

Michelle added: ‘We do feel incredibly lucky, you do put a big punt on it working out, there are so many different things that could happen, and lockdown put a lot of pressure on us.’ 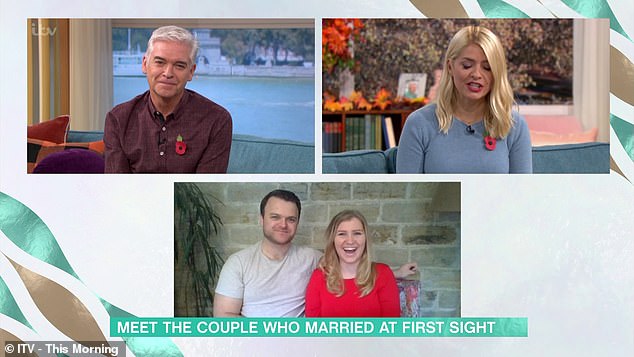 Owen revealed to hosts Holly Willoughby and Philip Schofield (both pictured) that ahead of being paired with Michelle, he was ‘grilled’ by experts 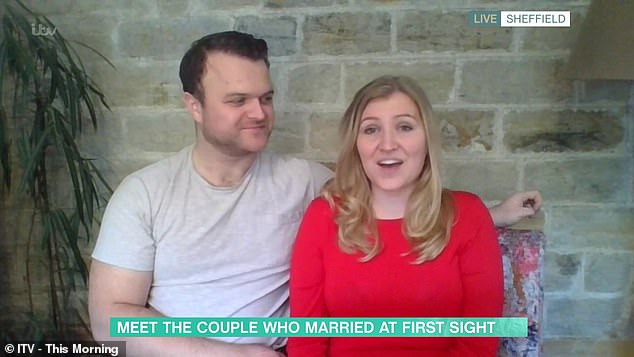 Owen said that neither he or Michelle ‘went into it lightly’, and Michelle admitted they are ‘incredibly lucky’ their ‘punt’ worked out

Owen and Michelle were among 7,000 people who signed up for the new series of the hit show, which sees singletons put their love lives in the hands of matchmakers in the hope of finding ‘the one.’

Explaining why he took part in the show, Owen said: ‘I had been on the apps and met lovely women, but I’d met all my exes through friends or work and so this seemed like a good way of meeting someone properly matched with me.’

He revealed that ahead of being paired with Michelle, he was ‘grilled’  by experts Paul C Brunson, Genevieve Gresset and Dr Angela Smith – revealing the team even contacted one of his ex-girlfriends.

‘Once you get far into the stages they really grill you and had conversations with my friends and one of my ex-girlfriends, which was fun, said Owen.

[They looked at] Posts from about ten years ago asking me about them – then you have Angela who is basically a walking lie detector and so you have to be really confident in who you are to get through the process.’