Marla Maples has opened up about how she became ‘more conscious’ about what she put into her body when she was pregnant with her daughter, Tiffany Trump — but she admits the 26-year-old no longer appreciates being told what to eat.

The 56-year-old spiritual guru reflected on pregnancy and motherhood while appearing on the Carlos & Lisa show on BeondTV, saying her priorities shifted when she learned she was expecting a child with her now-ex-husband, Donald Trump.

‘It made me more conscious when I was pregnant. How am I eating? What am I taking in? Whatever I do is going to affect this child,’ she explained. ‘That’s when I really became super aware because when you have the responsibility of a little one inside of you, I feel that that’s important. 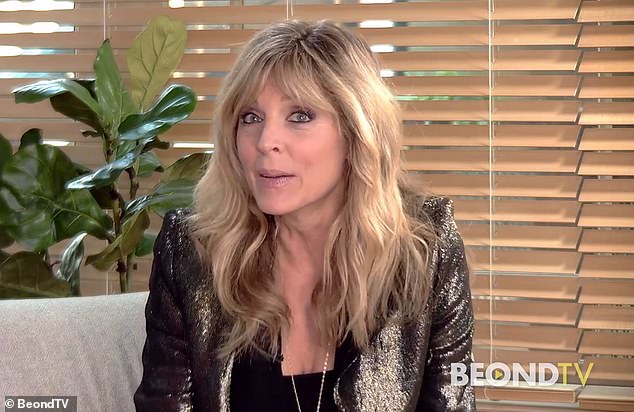 Looking back: Marla Maples, 56, has recalled becoming ‘more conscious’ about what she ate when she was pregnant with her daughter, Tiffany Trump 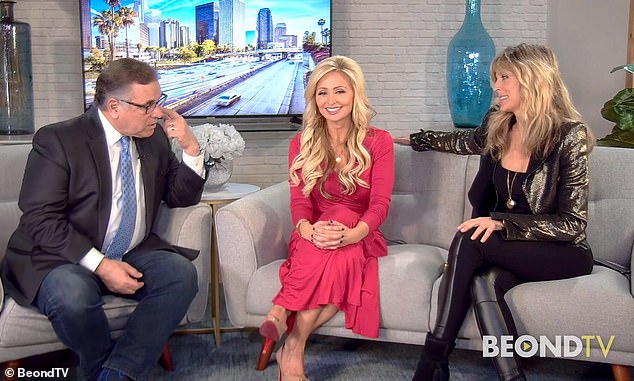 Opening up: The spiritual guru reflected on pregnancy and motherhood while appearing on the Carlos & Lisa show on BeondTV

‘Now she says, “Mommy, don’t tell me what to eat,”‘ Marla added with a laugh.

The health nut shuns processed sugars, dairy, and gluten, and while she eats mostly vegan, she will consume meat from time to time. 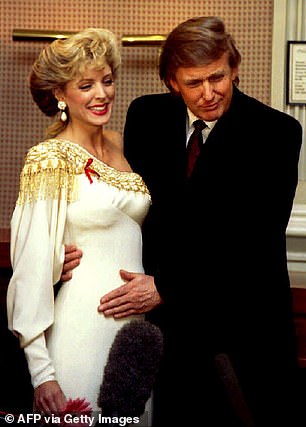 Throwback: The actress said her priorities shifted when she learned she was expecting a child with her now-ex-husband, Donald Trump

Tiffany’s father, however, reportedly drinks 12 cans of Diet Coke a day and loves to chow down on McDonald’s, KFC, pizza, and well-done steaks with ketchup.

Marla’s far more strict diet would be difficult for most people to follow let alone a busy student like Tiffany, who is in her last semester of law school at Georgetown University.

The mom said her daughter is always telling her that she is ‘studying,’ and she can’t wait for her to be done with law school in Washington, D.C. so she could ‘see more of her.’

The actress recalled being on a career high when she found out she was pregnant with Tiffany, saying she was starring in the Broadway musical The Will Rogers Follies and ‘had a lot of things lined up.’

‘It just shifted me into a place of care, like true care for another human being,’ she said. ‘And what I received from her — as all mothers know out there — is so much more than I could have ever given to her.’

After Marla and Donald divorced in 1999, she moved to California and raised Tiffany in Calabasas as a single mom.  While they are both back on the East Coast, she said not much has changed. 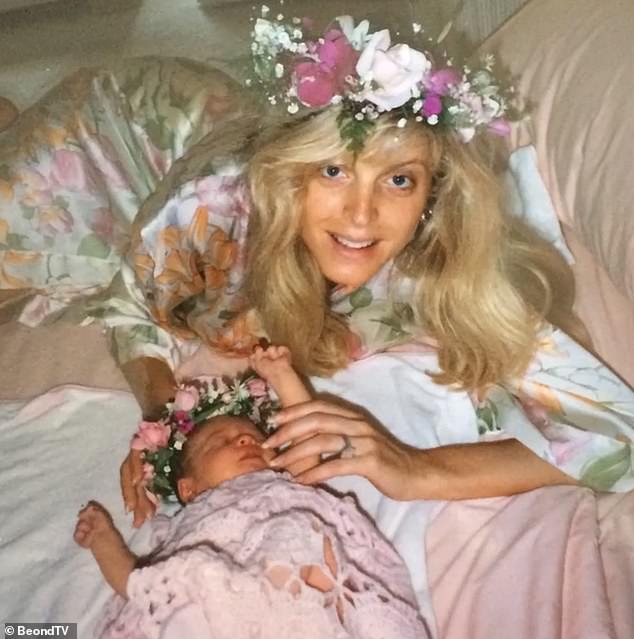 Doting mom: Marla explained that she was hyper aware of what she was putting into her body when she was pregnant because she knew whatever she did would ‘affect this child’ 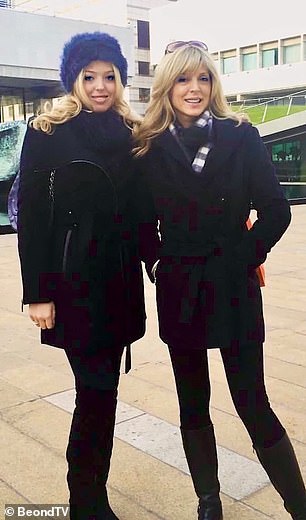 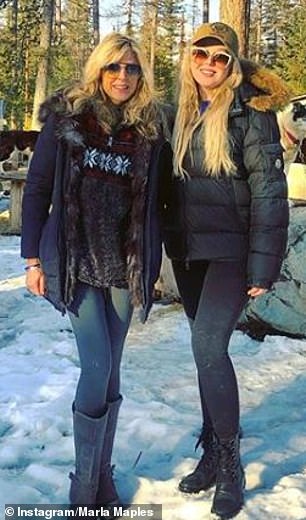 Over it: Marla joked that 26-year-old Tiffany now says, ‘Mommy, don’t tell me what to eat’ 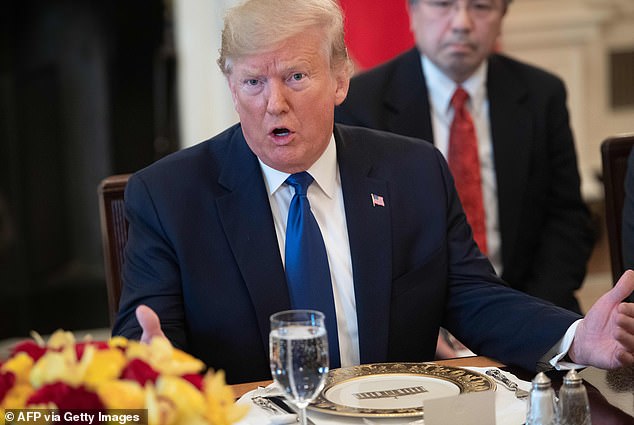 ‘I’m still the same mom I’ve always been. When I would drive her to school in the mornings, we always did our prayers together,’ she said. ‘We always invited angels to be with us for protection, and she learned at a very young age the importance of being a peacemaker — and she is a peacemaker.’

Over the years, Marla has become somewhat of a spiritual influencer and has more than 103,000 Instagram followers who like seeing photos of her meditating, enjoying nature, and doing yoga.

‘People used to say, “Marla, you’re too spiritual. I mean, why do you show up with a prayer book when you go for an audition? You always talk about God. Just go get the job,”‘ she said. ‘Now I feel like the world is in a place where it’s more accepting.’

The former Dancing With the Stars contestant recently revealed she is taking her love of meditation, yoga, and organic cuisine on the road with the upcoming launch of her spiritual travel service, SoulShine Journeys. 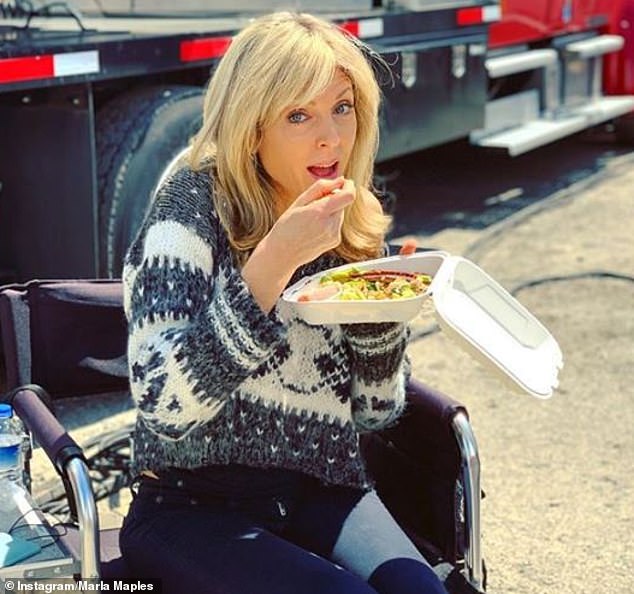 Her body is a temple: Marla shuns processed sugars, dairy, and gluten, and while she eats mostly vegan, she will consume meat from time to time 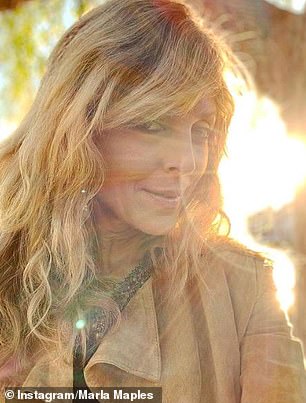 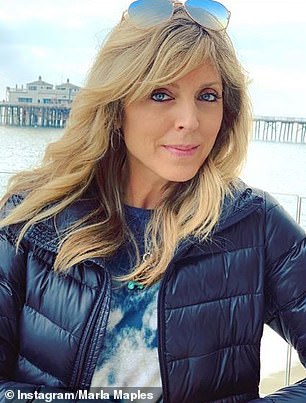 Spiritual practice: Marla recalled praying with Tiffany while driving her to school in California. ‘We always invited angels to be with us for protection,’ she said 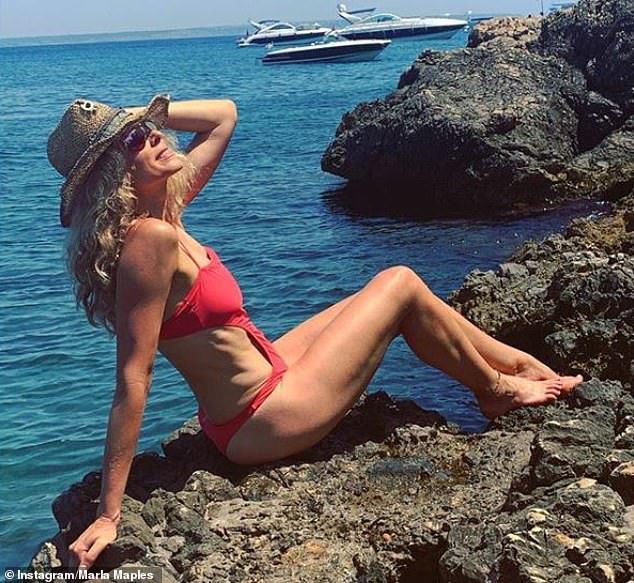 Au naturel: Marla said she follows a natural beauty routine to keep herself looking youthful and hasn’t felt compelled to turn to Botox or fillers just yet

‘I think I was born this way,’ she said. ‘I was the kid that was a little unusual. I would go sit on a rock and meditate for, like, an hour.’

Unsurprisingly, Marla also follows a natural beauty routine to keep herself looking youthful. She credits her appearance to her $199 Nu Skin ageLOC LumiSpa brush, which helps cleanses the skin of dirt, makeup, and toxins.

‘It’s something I do every morning. It’s just a way of stimulating the collagen in a natural way,’ she said. ‘I just believe in being as natural as you can.

‘And it doesn’t mean there is anything wrong with gals that choose to do more. I’m all for it. It’s your choice. It just hasn’t been my choice — yet.

‘But, you know, I’m still young,’ she added with an exaggerated wink.