A cleaning enthusiast has impressed social media users by revealing a simple hack for restoring dirty, grease-laden oven trays without any chemicals.

Posting on TikTok, the man, believed to be from the UK, explained how he makes his oven trays clean enough to ‘see his face in’.

He demonstrated how a solution of baking soda, soda crystals and white vinegar can be used to wipe away stubborn grime, before leaving the trays to soak for 30 minutes.

The life hack racked up over 10,000 likes, with one commenting: ‘Wow, they look really good.’

A man, believed to be from the UK, has amazed social media users with his eight-step life hack for cleaning oven trays 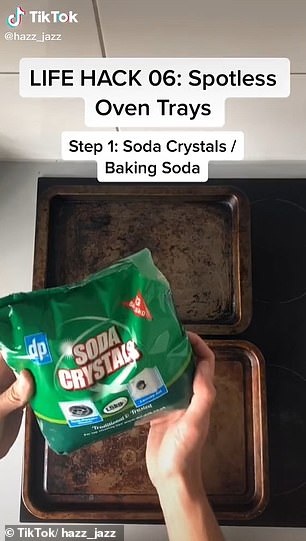 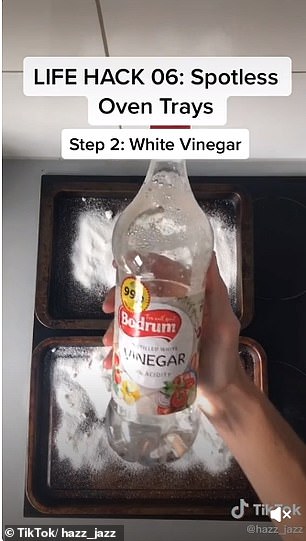 The man began the cleaning process by coating the trays in a mixture of baking soda and soda crystals (left). He then added white vinegar to the mixture before leaving to soak 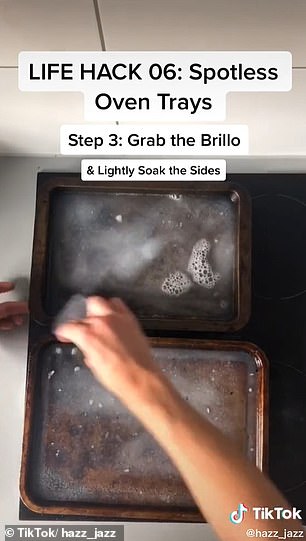 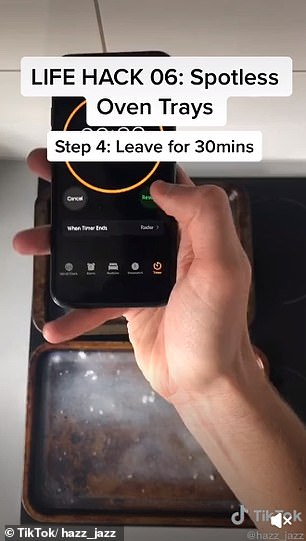 The man began the cleaning process by making a solution with baking soda and white vinegar, before using a Brillo pad to lightly wipe excess dirt

The man, who has shared a stream of life hacks from folding clothes to removing black mould from the shower, captioned his latest trick: ‘Life hack 06: The tray is so clean I can see my face in [it].’

He begins by pouring soda crystals and baking soda on top of two filthy oven trays.

He then adds white vinegar and uses a Brillo pad to lightly wipe the surface, before leaving the solution to soak for 30 minutes.

The TikTok user then pours away the mixture and scrubs the trays for a shiny finish. 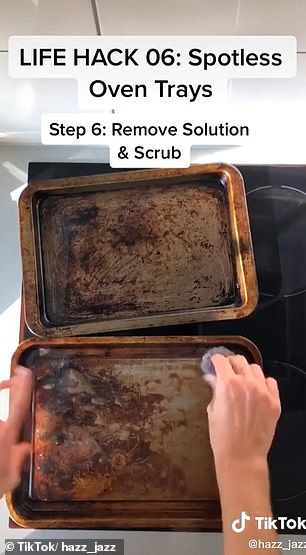 Step five is to lightly wipe away the solution after a good soaking (left). After soaking the trays for 30 minutes, the man removed the mixture and began scrubbing (right) 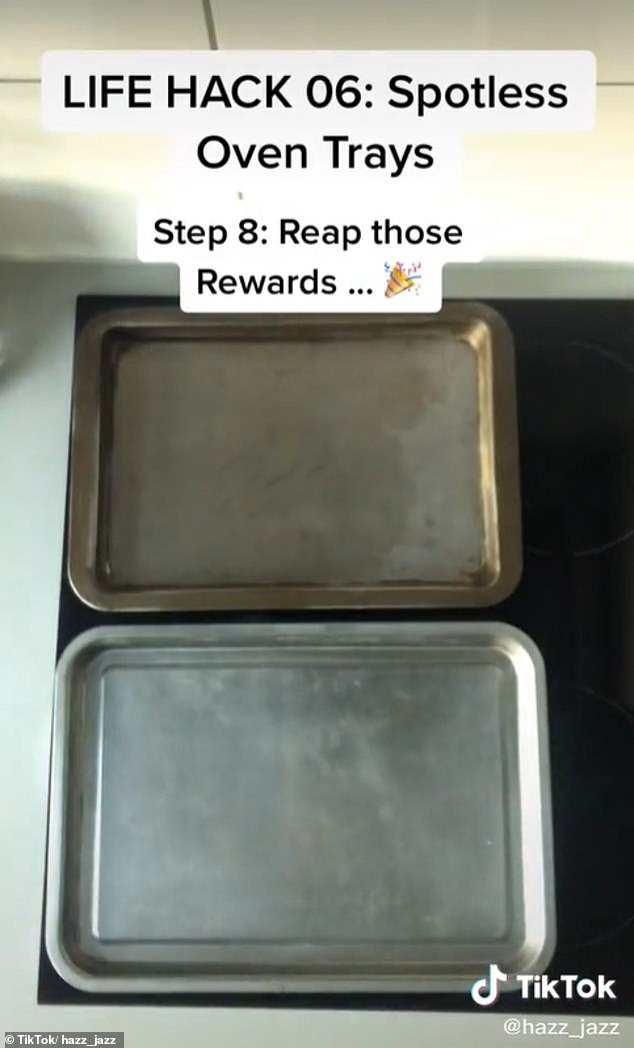 The hack impressed social media users and attracted a flood of responses gushing about the finished results – however some admitted they usually don’t bother cleaning oven trays and replace them instead.

One person wrote: ‘Good on you for not contributing towards our throw away society. A tray is cheap but this is still reuseable.’

‘Good, but they are so cheap to buy. Too much scrubbing. Not for me lol,’ another admitted.

A third added: ‘I buy a new one each time I use them, I thought they were single use.’

A fourth wrote: ‘Nah just throw them away and get new ones… looks like they’ve seen better days anyway.’

Racking up over 10,000 likes, the hack impressed many TikTok users who gushed that the trays look ‘really good’ – but some admitted they simply throw theirs away and buy new