A father who was a ‘social drinker’ before the onset of the pandemic has told how living alone during lockdown saw him spiral into alcoholism.

Chris McLonet, from Teeside, was fit and healthy prior to the outbreak of Covid-19 and had a successful career as a sales manager.

While he didn’t consume alcohol within the recommended limits when he drank, in insisted he was in a ‘good place’.

But when his adult daughter, a key worker, moved out when the UK went into lockdown, Chris said his drinking became out of control and he began experiencing withdrawal symptoms, prompting him to seek help. 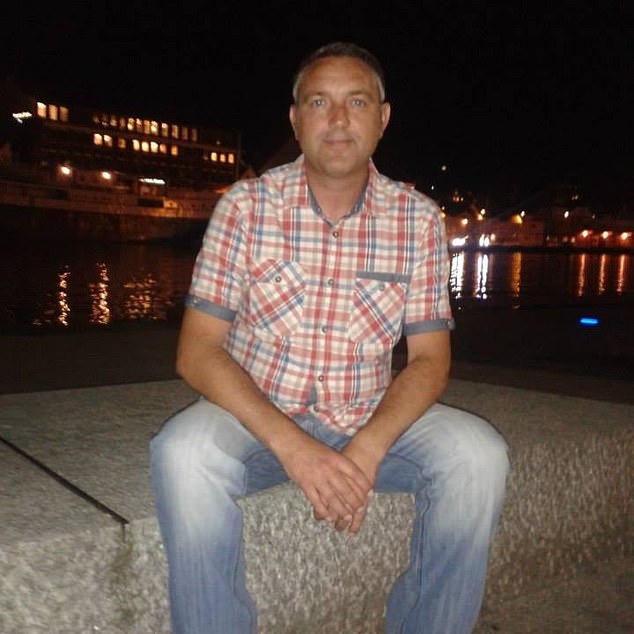 Chris McLonet, from Teeside, was fit and healthy prior to the outbreak of Covid-19 and had a successful career as a sales manager

Speaking to the BBC, Chris, who is in his late forties, said he’s now 70 days sober and determined not to return to that ‘horrible dark place’ he found himself in.

Chris said he used to enjoy a drink on nights out with friends and while watching the football – admittedly sometimes ‘a little bit more than he should’, like many people.

‘I suppose I’ve always been a social drinker – I was never within the limits, the recommended limits,’ he explained.

‘I was in a good place before lockdown, I was keeping fit, I was swimming five days a week, I was doing well at work and I was in a good mindset to be honest.’

But as he became increasingly isolated, depressed and concerned about the future, Chris said he began to feel as though he ‘needed’ a drink. 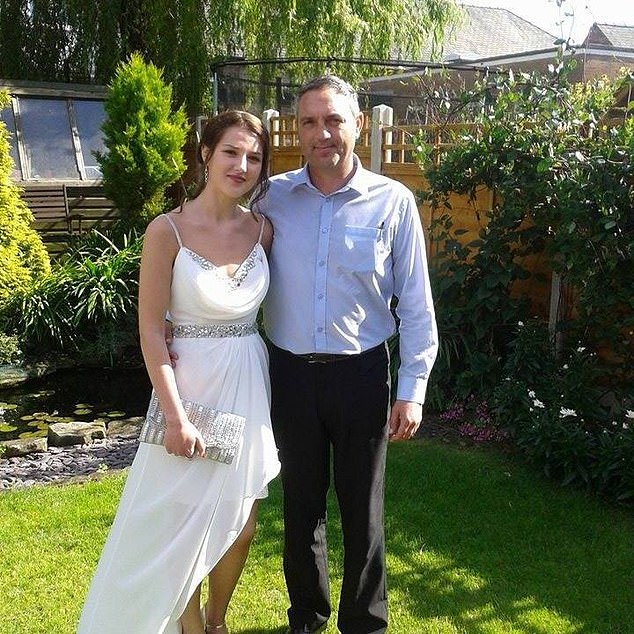 When his adult daughter (pictured), a key worker, moved out when the UK went into lockdown, Chris said his drinking became out of control and he began experiencing withdrawal symptoms, prompting him to seek help

Despite wanting to cut down and stop drinking, he admitted he was no longer in control which was ‘frightening’.

‘I’ve never been like that in my life and I had to admit that to myself. So I was drinking very early in the morning to stop withdrawal symptoms,’ he told the publication.

‘I promised myself I wouldn’t do it again tomorrow. Of course, the exact same thing happened the next day.’

It was at this point when Chris realised it was time to seek help, and – supported by his family – he enrolled in the Leicestershire-based Steps Together drug and alcohol rehabilitation service. He added that his newfound sobriety feels ‘fantastic’.

The British Liver Trust reported it saw an increase in calls to its nurse-led helpline during lockdown, both from people with pre-existing alcohol-related liver disease and also those who are worried that lockdown has changed their alcohol habits and they are putting their livers at risk.

The charity also saw an increase in the number of alcohol-related threads on its online forum, and is calling on the government to adopt a joined up alcohol strategy to tackle the negative effects of the UK’s drinking culture and save lives.

Meanwhile research commissioned by the charity Alcohol Change UK found that more than a quarter (28 per cent) of people in the UK who have ever drunk alcohol think they have been drinking more during lockdown.

Out of the 2,000 people questioned, two in three (66 per cent) expect to continue drinking as they have been during lockdown (49 per cent), or even drink more (17 per cent).

Vanessa Hebditch, director of policy and communications at the British Liver Trust, said: ‘Drinking alcohol to excess is the leading cause of liver disease and liver cancer in the UK, and more than one in five people currently drink alcohol in way that could harm their liver.

‘Cases of alcohol-related liver disease were already increasing before lockdown. We know that alcohol sales have increased by more than 20 per cent since then and we are really concerned that we are going to be faced with an epidemic of liver disease as a result.

‘We know this is an extremely stressful time for many of us in the UK, but drinking too much alcohol is not the answer.

‘We are particularly worried about people who were already on the brink of alcohol dependence during lockdown. For them, dependence could be triggered by bereavement, job insecurity, troubled relationships or the impacts of the recession.

‘Alcohol treatment services are traditionally an easy target for cuts when finances are tight. However, we know that investing £1 in these services will save £3 in the long run, as well as directly helping affected individuals, often the most vulnerable in society.’