Australian actress and mother-of-six Madeleine West knows surviving plane travel with kids – no matter how long the distance – can be tricky.

However, she revealed with a little planning, organisation and her famed ‘sack of distractions’ this needn’t be the case.

In a piece for Nine Honey, the Byron Bay-based mum said years of ‘trial and error’ have taught her exactly what works when it comes to plane travel and kids.

‘Whether or not the entire flight(s) is one long nightmare depends entirely on how well you prepare before you even set foot in the departure lounge,’ she told the publication. 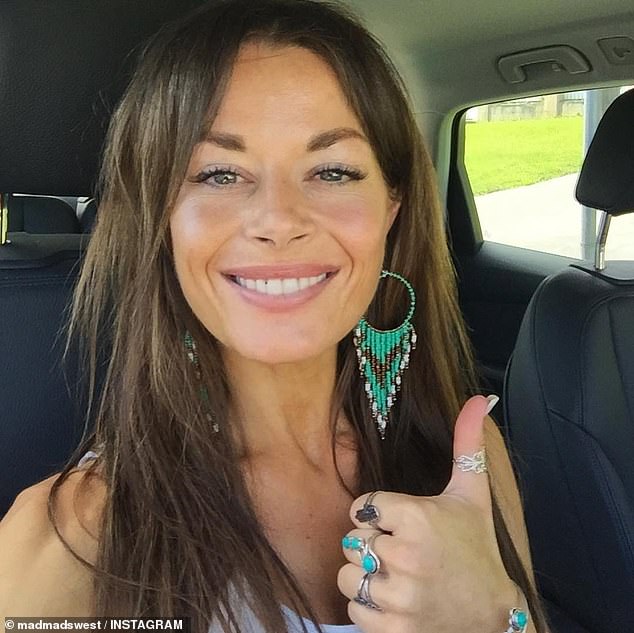 Madeleine said ahead of any trip setting some ground rules for how children need to behave on-board a flight is a must.

This is where the mum said she will take the time to explain to her children that in order for everyone to enjoy themselves, they must be on their best behaviour.

Her list of requirements includes that her kids listen to all instructions given by her and cabin crew, they speak quietly and treat fellow travellers respectfully. 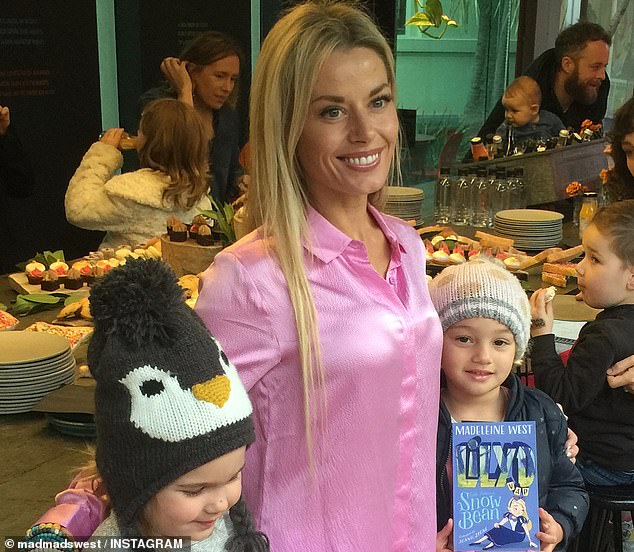 The mum also said she tries to ensure checking in is a breeze as she knows kids can become bored when standing in long queues.

Her tip is to play a guessing game. This involves her and the kids trying to figure out the world destination each traveller in line might be travelling to.

Once in the air the savvy mum also understands how a little preparation goes a long way – and one trick she swears by is a ‘Sack of Distractions’ – a large, clear sealable bag filled with toys, snacks and games.

She said nothing should be sourced from your home and neither should any item cost more than $2. 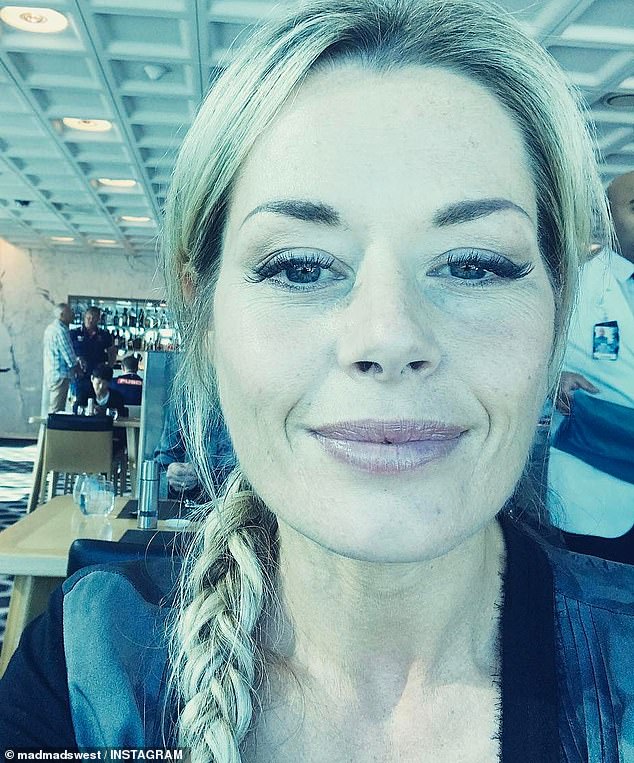 Madeleine said key to making the ‘sack of distractions’ work is to avoid giving the child the sack to play with unless this was a supervised activity.

Her suggestion is to allow children to take one item from the sack at a time to play with this for at least 10 minutes – longer if possible.

Her suggestions for sack-fillers include Play-Doh with some simple tools, packets of pencils (those that don’t require sharpening) and some drawing pads, packets of stickers, packs of cards, Rubik’s Cube-type puzzles, comics, magazines or books.

Another suggestion Madeleine will employ to keep kids entertained while flying is to pack an iPad which has a selection of her kids’ favourite movies, shows or games. 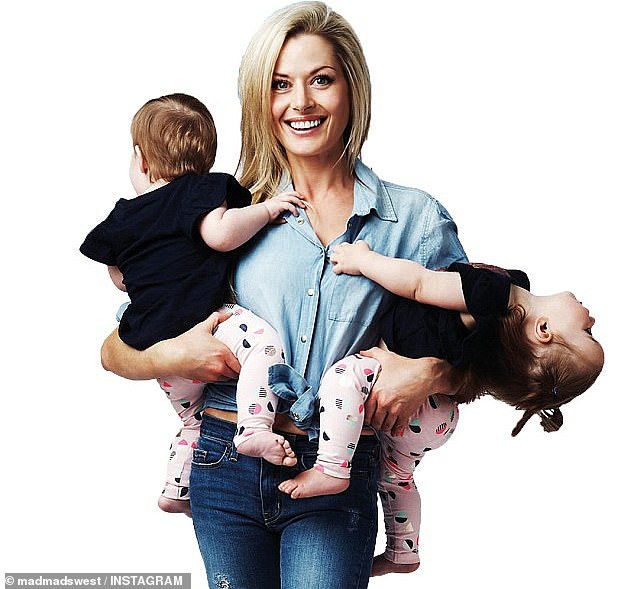 As well as making sure her kids don’t run amok, Madeleine said she will watch how much water they drink so they don’t become dehydrated.

‘At meal times let them have their juice as a treat, but ensure it is only water they consume in between by offering it frequently,’ Madeleine said.

Although this will mean more frequent trips to the bathroom, she said her kids won’t be as tired or constipated on arrival. 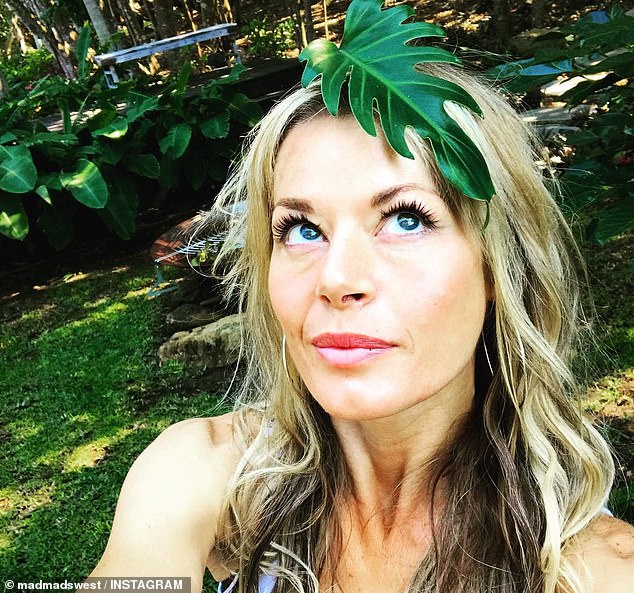 Wrangling six kids also mean Madeleine understands exactly how important it is to have some on-board essentials.

She said flight staff are unable to provide these items in-flight which means having them to hand will ensure your child is comfortable should something arise. 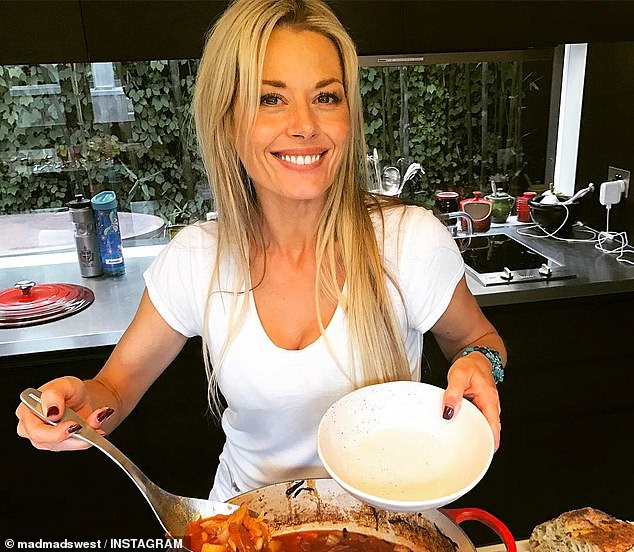 In addition to managing her kids in-flight, Madeleine also shared her tips for dealing with tired children when the plane lands.

She said it can help if you have something like a handheld puzzle to offer as a distraction or some other sort of toy that can be manipulated without falling to bits while standing. 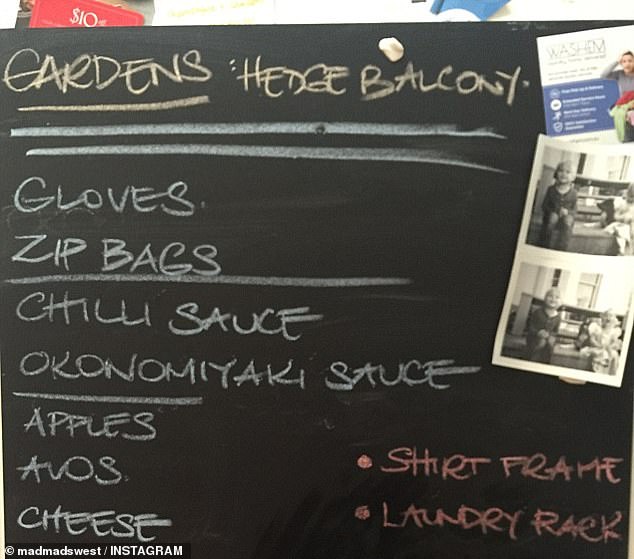 Madeleine said the key to being an organised mum is being able to make a range of lists, including to-do, appointments, kids’ schedules and meal plans

The 38-year-old, who is married to Master Chef’s Shannon Bennett, is no stranger to the benefits of organisation, and previously revealed to Daily Mail Australia the key to her success is making multiple lists.

‘I keep hundreds of post-it notes all over the house. To-do lists, appointments, long-term goals, the kids’ schedules on blackboards around the house – you name it! There’s nothing more satisfying than ticking something off a list,’ she told Daily Mail Australia.

And as for how she manages and keeps up with such a brood of children, Ms West shared her best tips:

‘Get the dinner ready before they all get up, even if it means getting up at 5am, pack their lunchboxes the day before, have a separate bookshelf for school library books and make the beds before you leave the house,’ she said.

‘That may sound mad, but for me, it’s all about finding that small moment of harmony amidst the chaos.

‘If you return home from the school drop off and all the beds aren’t made, that will automatically ruin your harmony.’