The oldest post office in the UK, which has been going about its sterling work since 1712, is on the brink of closure as its retiring owners search for a buyer.

I find this an occasion of small but genuine sorrow. For I love post offices deeply.

They were a staple of many of my favourite childhood books – characters were forever cashing postal orders to finance midnight feasts, buying stamps and a single envelope and sheet of paper to alert far away uncles in the Forces to devilry by local spy rings. 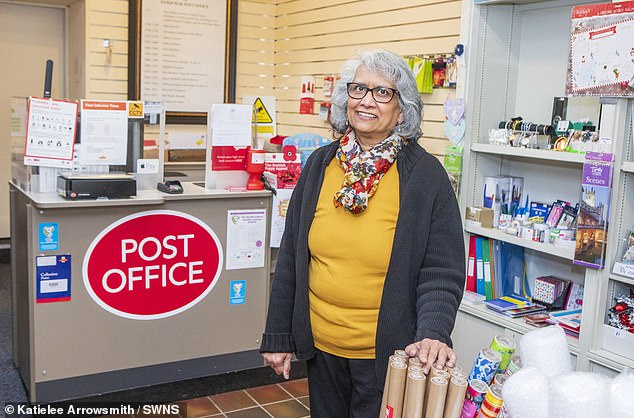 The oldest post office in the UK, which has been going about its sterling work since 1712, is on the brink of closure as its retiring owners search for a buyer. Manager Nazra Alam is pictured above

Or they were finding succour from coldly aloof Edwardian homes with the generously bosomed mother-substitute behind the counter.

Plus they frequently doubled as sweet shops and the sweets of yesteryear (Bullseyes! Humbugs! Gobstoppers of a size worthy of the name) filled my dreams then and now.

And in real life they are almost as good. My local one sells all the things I use once and then lose for ever – Sellotape, scissors, pencils, rubber bands, string – thus necessitating at least one emergency replenishment dash a week.

It also holds my oversized Amazon parcels (I know – I’m trying not to), lets me get cash out for free now my local bank branches have closed, buy Premium Bonds (an overlooked last-minute present for children as long as you’re not bothered about them liking you) and supply a frankly astonishing array of official forms when your home printer won’t. 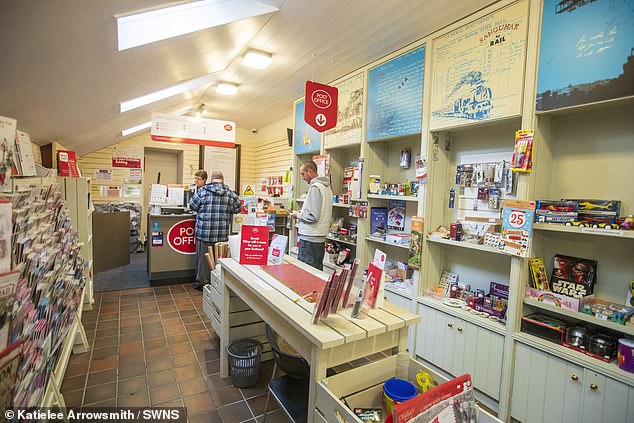 They were a staple of many of my favourite childhood books – characters were forever cashing postal orders to finance midnight feasts, buying stamps and a single envelope and sheet of paper to alert far away uncles in the Forces to devilry by local spy rings

As life becomes ever busier and responsibilities ever greater, it’s a joy to have one place you can depend on to help rather than hinder your frantic efforts to get through another day’s proliferating to-do list before it’s time to collapse into bed once more.

Add to that what post offices offer as nodes of connection for people in isolated villages, or to isolated people in crowded cities – they remain one of the few places where strangers will habitually gather with a few minutes to spare for chat – and my affection and nostalgia becomes mixed with something deeper.

I have come to conceive of post offices and the Royal Mail (technically separate privatised entities now but forever inextricably linked in my mind) as a countrywide emotional support network as well as a postal delivery one.

A collective hand in the small of our backs, guiding us gently onwards. Or, if more spiritually inclined, it’s Anglicanism with red rubber bands.

I nearly had a breakdown when they tried to rename it Consignia, and felt an unmistakable swelling of national pride when we, as a people, simply refused to have it. 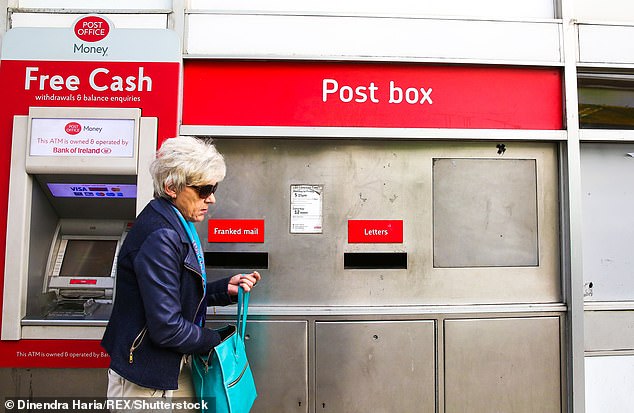 I reckon the word was never actually used unless with a contemptuous sneer or heavy use of finger-quotes round it to express the speaker’s heartfelt disgust.

I need this: I need to be able to go and stand at my little local counter, buy some stamps and feel joined to others – to the people to whom I’m able, for a nominal sum, to send a book I’ve enjoyed or a card to say I’m thinking of them.

And I love to think of all the grandparents and great grandparents I know across the generations who must have done the same thing in similar places, albeit with more wood panelling and brass fittings than nasty grey plastic.

I doubt my branch, in the corner of a corner shop in South-East London, actually began life as an 18th Century staging post for mail carriages as the threatened one – yours for just £275,000 the town of Sanquhar in Dumfries and Galloway – did.

But maybe they all did in spirit. Time and space collapse in a post office and connect us, past, present and future – and all for the price of a stamp.

It’s Remembrance Sunday and the naysayers to the wearing of poppies have been out in force. ‘It’s glorifying war!’ they cry.

No, it’s not. It’s remembering sacrifice and suffering and entire generations of men cut down.

It isn’t ‘Lest we forget… how brilliant war is’. It’s lest we forget the fathomless horror of it all. 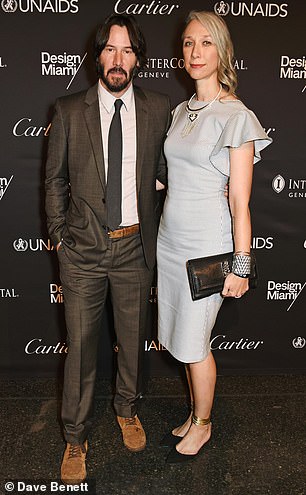 Keanu Reeves has slotted in the last piece of the rarely completed Celebrity Perfection jigsaw by going public about his relationship with a woman who is – get this! – age-appropriate. He is pictured with Alexandra Grant

Keanu Reeves has slotted in the last piece of the rarely completed Celebrity Perfection jigsaw by going public about his relationship with a woman who is – get this! – age-appropriate.

Not since George Clooney got together with Amal has a star – whose appeal has always been, in large, part founded on their apparent ability to resist Hollywood and the world’s nonsense – done us so proud.

Nowt as tough as Northerners

We were having a family meal and she started coughing and took herself off to the downstairs loo so as not to disturb us.

She was gone several minutes and we assumed she was simply answering nature’s call. Eventually she came back, quite breathless and still red in the face.

‘Are you OK?’ I asked. ‘Yes,’ she said. ‘Eat your tea.’ In fact, she had swallowed a mouthful of peas, got one stuck in her windpipe and basically gone to the loo to Heimlich herself over the cistern.

That’s Northerners for you. They’d literally rather die than make a fuss.

You’ve got to love Emma 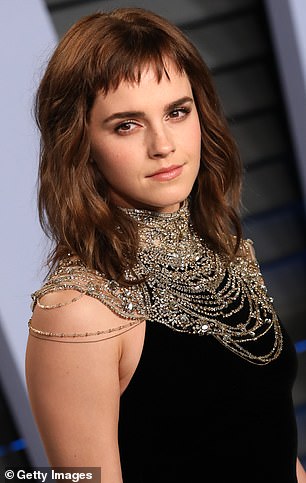 It has all the therapised cringeworthiness of Gwyneth Paltrow and Chris Martin’s ‘conscious uncoupling’ (divorce, plebs!) plus it suggests a multitude of smutty jokes which was presumably not her intention.

But I like the sentiment behind it. It was part of an interview which discussed the pressures on women of her age – Watson turns 30 next year – to ‘settle down’.

Which, precisely because of that pressure, too often means ‘settle for’.

Anyone who has lived through those years must surely welcome anything that dilutes the constant message that if you haven’t found someone by then with whom you can at least hear the faintest chime of wedding bells in the distance, you are A Failure – regardless of any other achievements you might have notched up.

That any adult woman is sufficient unto herself. That she can be perfectly happy alone, and that a partner can be a welcome add-on – but only when both he and the time are right.

James Dean, below, is to be resurrected in digital form in order to play second lead in an upcoming film about dogs rescued from Vietnam.

And so we have entry #6,435,729 on our The Modern World’s Big List Of Things You Shouldn’t Do Just Because You Can. 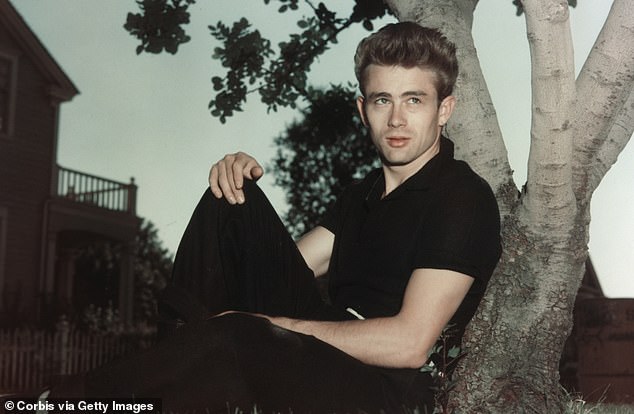 The real James Dean is pictured above. Dean is to be resurrected in digital form in order to play second lead in an upcoming film

Waiter, I’ll eat all the daft words you’ve got!

Restaurateur Russell Norman has issued a list of all the things he hates about eating out, from the word ‘artisanal’ on the menu, to square plates, to waiters who memorise orders rather than use a note pad and bid you to ‘Enjoy!’ your meal when they bring it. Cor. That’s some gilded life.

Do you know what I hate about eating out? Nothing. Whether it’s McDonald’s or Michelin stars*, if people bring me plates (of whatever shape) carrying food I haven’t cooked myself – which will by definition be better – I’m deliriously happy.

Lard your menus with all the meaningless words you want. Whether you verbally urge me to or not, I assure you – I will enjoy.

*I have never been to a Michelin-starred restaurant but I’m going to play the odds and say I would not find the experience at all irritating.

I learned this week that Pete Best once released an album called Best Of The Beatles, and I think that is the energy and chutzpah with which we should all make our way through life.

A friend of mine has gone vegan. I have looked into what is involved in making a meal for her now, and concluded that while I admire her principles, dedication and decimated calorific intake, I cannot undertake the task of feeding her.

It took me ten years to master the three vegetarian dishes I have on dinner party rotation now.

I simply do not have enough slack in my system to prepare more according to yet another dietary regime.

I already refuse to make anything gluten-free unless I am presented with a sworn affidavit and certificate signed by two doctors testifying that someone has actual coeliac disease.

And anyone on a low-carb diet can just not help themselves to potatoes. Vegans, I think I will have to rule, can bring their own meals in hand-knitted, cruelty-free Tupperware. I cannot cope any more.