Lena Dunham has revealed how she checked herself into a mental health facility, two years ago, as she was ‘sick, skinny and addicted to pills’.

The actress, 33, originally from New York, who rose to fame with her HBO show Girls, wrote about her struggle in an essay, which appeared in the Sunday Times.

The essay is part of Scarlett Curtis’ new book called It’s Not OK To Be Blue (and Other Lies) – in which several other celebrities, including Emilia Clarke and Emma Thompson, opened up about their own struggles with their mental health.

Lena, who has always been candid about her mental health, also revealed how art therapy helped her. The star recalls how she was advised to use painting as a creative vessel – and it finally helped her writers block. 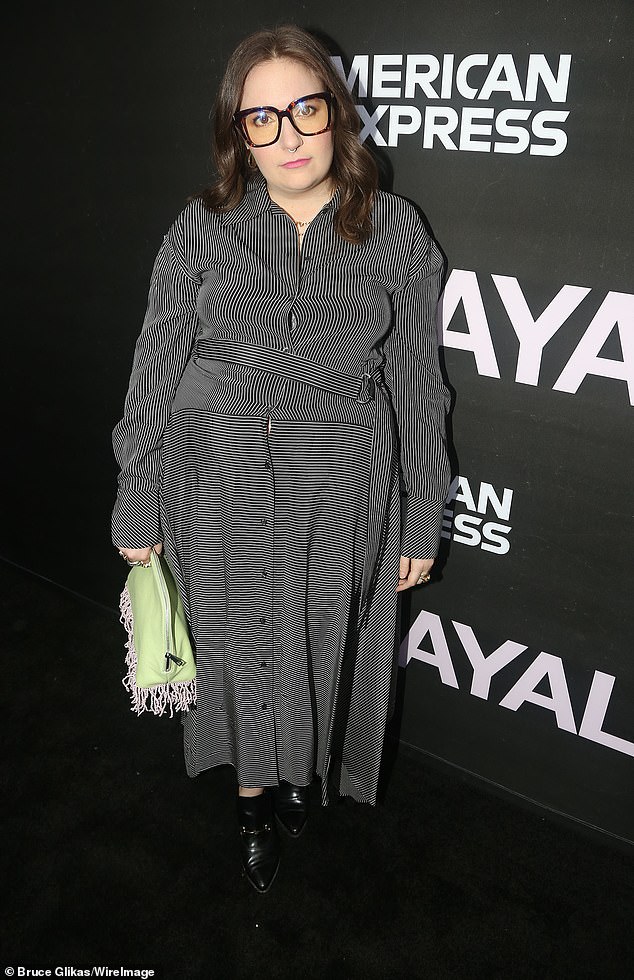 The actress, 33, who rose to fame with her HBO show Girls, wrote about her struggle in an essay 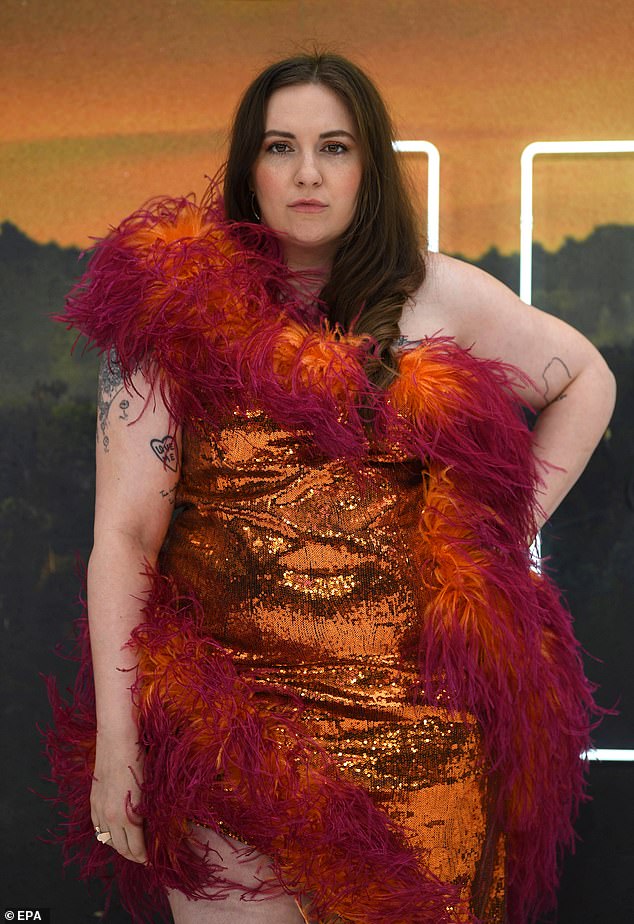 The actress explained she booked herself into the facility in order to ‘face her pain,’ after suffering from writer’s block for the first time in her life

The actress explained she booked herself into the facility in order to ‘face her pain,’ after suffering from writer’s block for the first time in her life.

‘I was sick, skinny and addicted to pills. Even texts intimated me, and so I went off to treatment to face my pain,’ she wrote in the essay.

But she said the move did little to help at first, and several hours of therapy did nothing for Lena’s writing: ‘All day therapy, all night a blank computer screen,’ she recalled.

It is only when her adopted brother Spike handed her pencils and paper that the Brooklyn born actress decided to use painting instead of writing. ‘If you can’t write it, draw it,’ he told her. 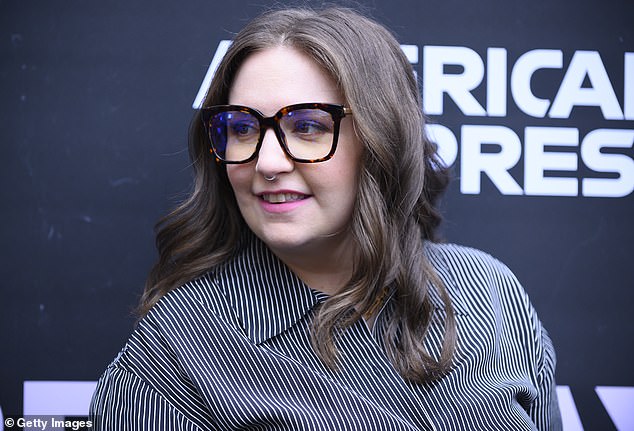 Lena, who’s been very candid about her mental health in the past, said in 2018 that she was six-months-sober after abusing her anti-anxiety medication for three years

The writer revealed that the painting helped shed a new light on her relationship with now ex-boyfriend Jack Antanoff.

‘On my overnight with my boyfriend at a local inn, I drew him sleeping on the bed after the final time we had sex, and as I sketched I realised I would drown alive if he didn’t let go of me,’ she said.

Dunham opened up about her mental health several times in the past and spoke candidly of her life-long battle with anxiety.

In an interview for Refinery 29‘s video series RIOT in 2016, Dunham explained how anxiety affected her: ‘I’ve always been anxious, but I haven’t been the kind of anxious that makes you run 10 miles a day and make a lot of calls on your Blackberry,’ she explained. 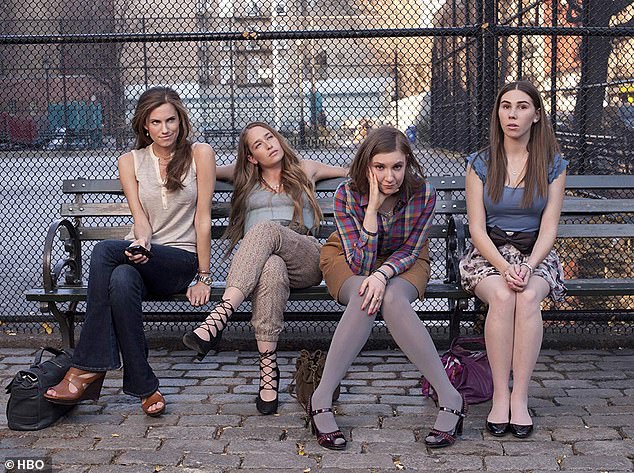 Dunham rose to fame with the HBO show ‘Girls,’ which she wrote, produced and starred in  -drawing from her won personal experiences 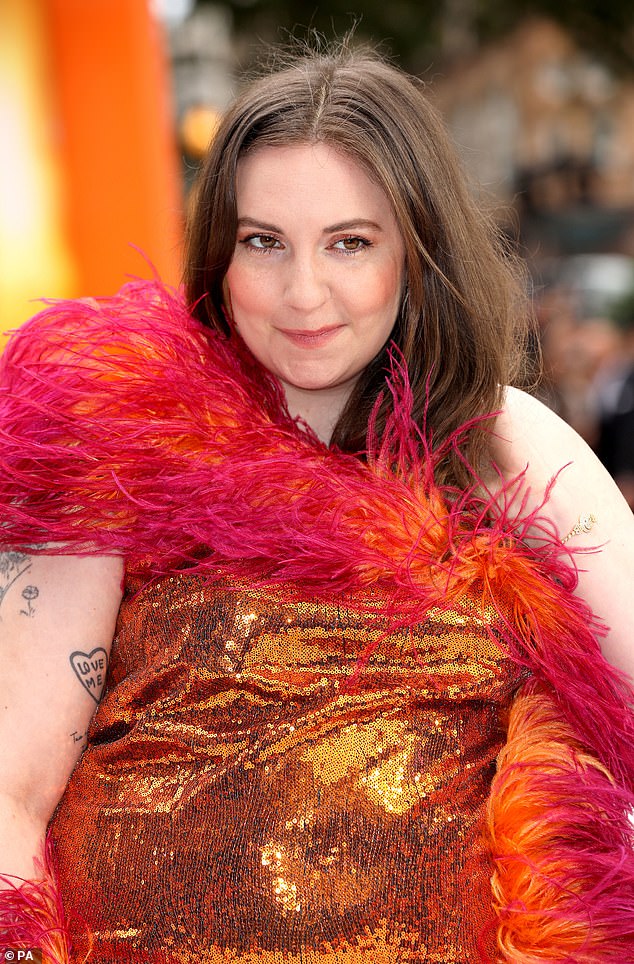 ‘I’m the kind of anxious that makes you like, “I’m not going to be able to come out tonight, tomorrow night or maybe for the next 67 nights.”‘

In October 2018, Dunham said she was six months sober after years of misusing her anxiety medication.

‘If I look back, there were a solid three years where I was, to put it lightly, misusing benzos, even though it was all quote unquote doctor prescribed,’ she said on Dax Shepard’s podcast Armchair Expert.

It’s Not Ok to Feel Blue, by Scarlett Curtis, is a collection of essays from activists and celebrities recounting their own struggles with mental health.

It includes a touching essay from Game of Thrones star Emilia Clarke, revealing her feelings of anxiety as she recovered from a brain injury in 2011 in-between seasons of the HBO hit.

Actress Emma Thompson also shared a list of 20 things that help keep her from becoming depressed.

It’s Not Ok to feel blue (and Other Lies) curated by Scarlett Curtis, will be published on October 3rd.