Kmart Australia has unveiled a new $49 weighted blanket that rivals high-end brands costing up to six times the price.

The budget therapeutic blankets are available in seven kilos – heavier than the average quilt – for body weights between 65 to 85 kilos.

The charcoal-coloured product uses ‘deep touch pressure’ to create a feeling of ‘being hugged’ so sleepers get a better night’s sleep. 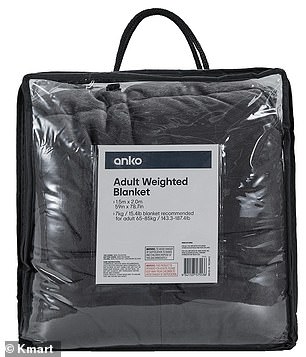 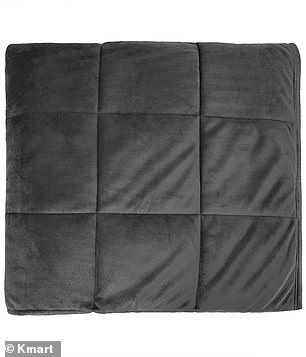 Made with a soft cover, the weighted blanket is the perfect essential to the bedroom.

The retailer’s version is far cheaper than expensive brands, including Calming Blanket’s weighted blanket for $299 and Adairs’ range from $179.99 to $219.99.

Many shoppers who already got their hands on Kmart’s product said the blanket is perfect for those looking for a cheaper option.

‘The Kmart one is great if you can get it… I found one left as everywhere else nearby had sold out, I have it on the bed now and can’t wait to fall asleep with it,’ one said.

Some customers reported the product has already sold out in their stores, while others said they have been able to grab one of the last few.

But with the warm weather fast approaching, some pointed out the blankets are not made with ‘breathable fabric’ so it’s not ideal to use over summer. 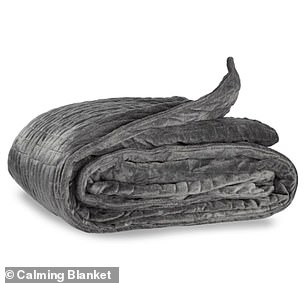 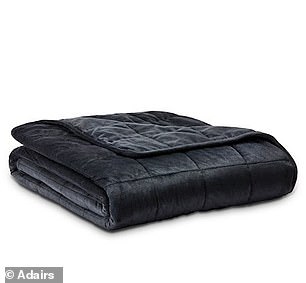 The retailer’s version is far cheaper than expensive brands, including Calming Blanket’s product (left) for $299 and Adairs’ seven kilo blanket (right) for $199.99

Others suggested investing in expensive versions of weighted blankets that’s suitable to use all year around.

Weighted blankets have been popular among shoppers in recent years, as it’s said to help sleepers with everything from anxiety to insomnia.

The pressure from the extra weight mimics a therapeutic technique called deep pressure stimulation, which helps to relax the nervous system.