The Duchess of Cambridge donned a new diamond and sapphire pendant crafted from Princess Diana‘s favourite jewellery collections for an audience at Buckingham Palace yesterday.

Kate Middleton, 38, joined Prince William, 38, to welcome the President and First Lady of Ukraine to Buckingham Palace in their first audience since the start of lockdown.

The Duchess looked elegant in a custom cornflower blue belted dress by Emilia Wickstead, and debuted a new  glittering sapphire and diamond necklace for the occasion.

The design of the necklace is strikingly similar to a pair of earrings worn by Princess Diana, which come from one of Diana’s most famous collections of jewels known as ‘The Saudi Suite’. 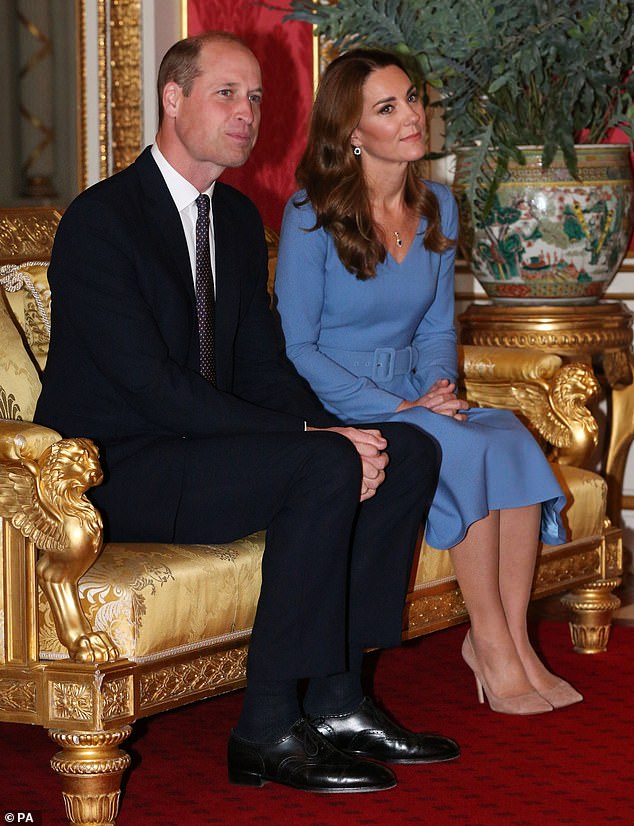 The Duchess of Cambridge, 38, donned a new diamond and sapphire pendant crafted from a set of Princess Diana’s earrings for an audience at Buckingham Palace yesterday

Kate also wore a matching pair of modest drop earrings, which are believed to be a favourite pair of the royals, from the set yesterday.

She has been worn the dazzling earrings on a number of high profile occasions.

Diana, who famously loved sapphires, wore the entire set to a Brisbane state reception in 1983, but also experimented with each item separately. 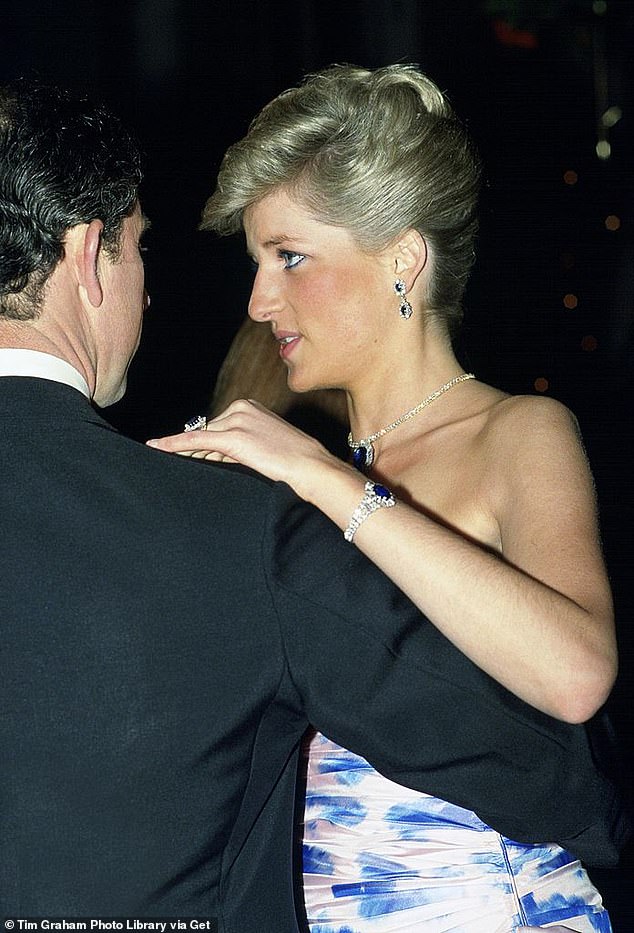 A wedding present from Crown Prince Fahd, the jewels are from one of Diana’s most famous collections of jewels was known as ‘The Saudi Suite’ (pictured, the late royal wearing the earrings in Melbourne)

The earrings contained detachable sapphire drops, which Diana removed before wearing the resultant chunky studs, each surrounded by ten round diamonds, to mark Harry’s birth in 1985.

When William gave them to Kate after their engagement in 2010 she too put her own stamp on them, refashioning them into modest drop earrings.

Stepping out at Buckingham Palace yesterday, the Duchess plumped for a tailored blue fit-and-flare dress for the occasion, which featured a knee-length hemline and flattering 3/4 length sleeves.

The dress boasts a wide waist belt in the same colour as the dress, which served to accentuate the royal’s svelte frame. 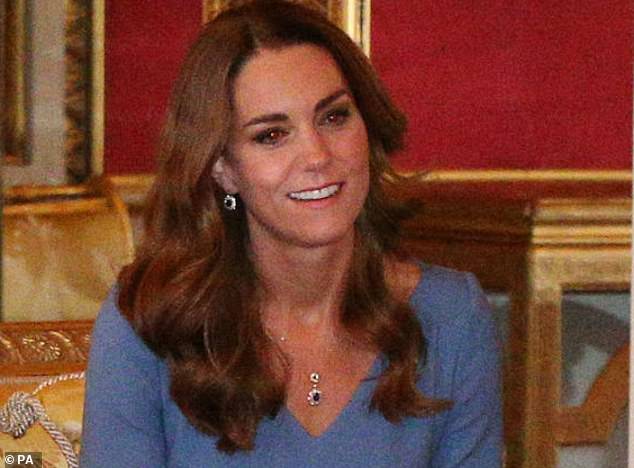 Typically polished, the Duchess of Cambridge finished the look with a pair of nude heels.

Meanwhile she wore her brunette locks in her signature bouncy blow dry.

She joined Prince William, 38, for the meeting with President Volodymyr Zelenskyy and his wife Olena in the opulent Throne Room.

The couples did not wear masks but observed social distancing and appeared in good spirits during the meeting, the first royal event to take place at Buckingham Palace since March. 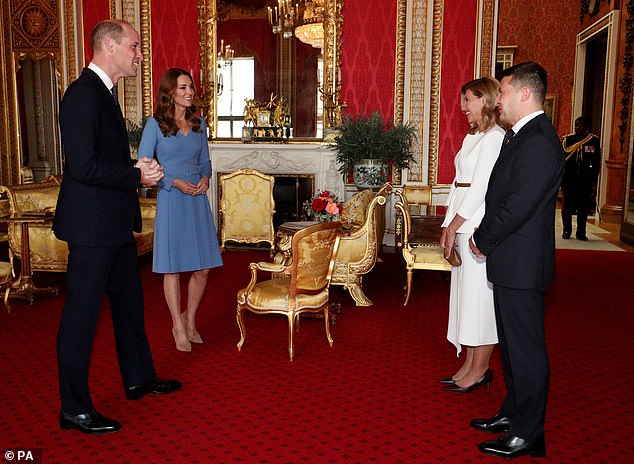 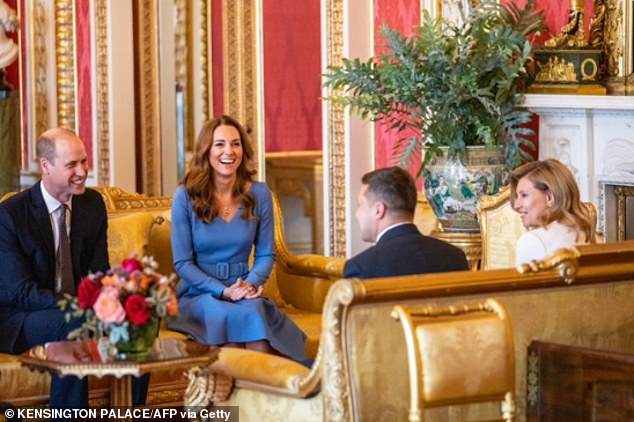 The Cambridges did not shake hands but did stand up to greet the Ukrainian visitors, before sitting at an appropriate distance from the couple (pictured)

The Duke and Duchess held the audience on behalf of the Queen, 94, who is staying at Windsor Castle and carrying out a limited number of engagements.

William and Kate have taken part in a number of engagements since the easing of lockdown restrictions – including a visit by Kate Middleton to Derby University yesterday – but this is their first audience with a world leader in seven months.

The Cambridges did not shake hands with their guests, as would have been customary before lockdown, but did stand up to greet the Ukrainian visitors.

During the brief meeting, the couples stood socially distanced before moving to two separate ornate sofas to continue their conversation.