Ready for a scare in time for Halloween? A high-end accessories brand has launched 14k gold vampire grills, with the rather startling price tag of $10,000.

Miansai, a jewelry brand which has found fans in the likes of Sofia Richie and Kate Hudson, revealed their new limited-edition fang-shaped mouth piece just in time for Halloween.

The extravagant one-size-fits-all grills will be made to order and take two weeks to complete. 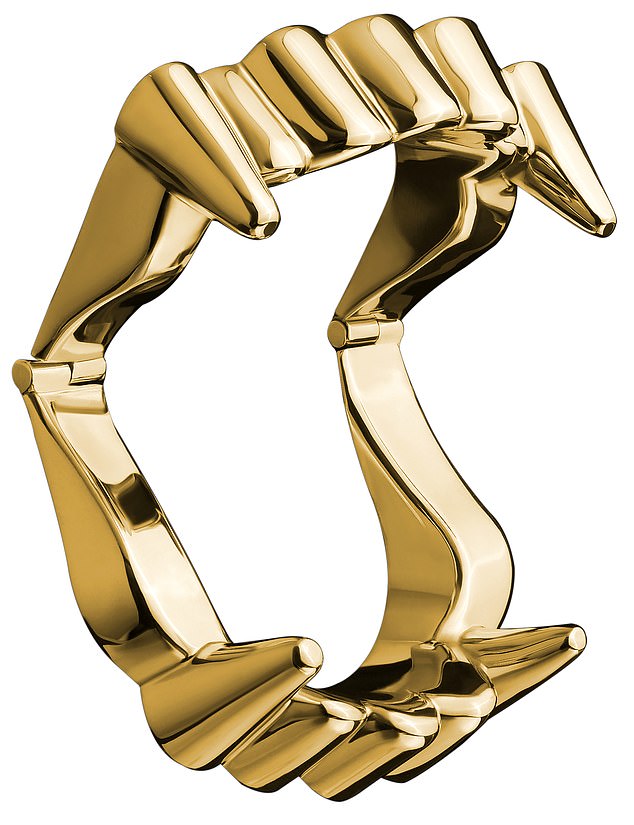 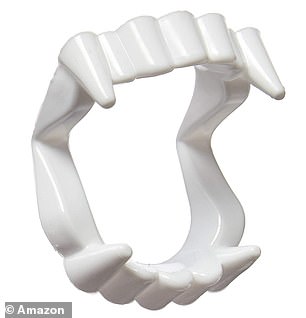 Classic: Vampire teeth – always a fail safe Halloween costume – can be found for as little as $0.39c, but you likely won’t be tossing the solid gold version after one use

In terms of shape, the solid gold set look like a dead-ringer to the average party store find – albeit they’re likely far heavier than any flimsy $1 plastic version.

Grills are somewhat rising in popularity among celebrities. Miley Cyrus recently told Harper’s Bazaar she has three ‘chic’ gold teeth, and Katy Perry, Madonna and Beyonce have previously been photographed flaunting their ‘grillz’.

Cookout fans can snap up a 14k solid gold four-piece ‘Grill Set’ including a spatula, fork, knife and tongs. If they have a spare $65,000 that is.

And on the subject of being extravagant, last year Miansai began selling 18k gold Juul cases which retailed for $5,000 a pop. 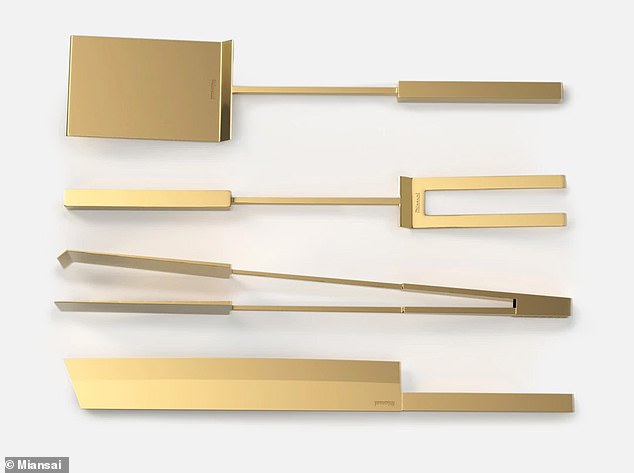 Buyers also have the option to add a personal monogram to the case, which, like the vampire grills, are all made to order.

Miansai (pronounced my-ahn-sigh) is named after founder Michael Andrew Saiger, who launched the brand from his college dorm room back in 2008.

While Miansai began as a men’s jewelry offering, it adapted to a more unisex offering when Saiger met his now-wife Rachael Russell, who serves as the fashion director. 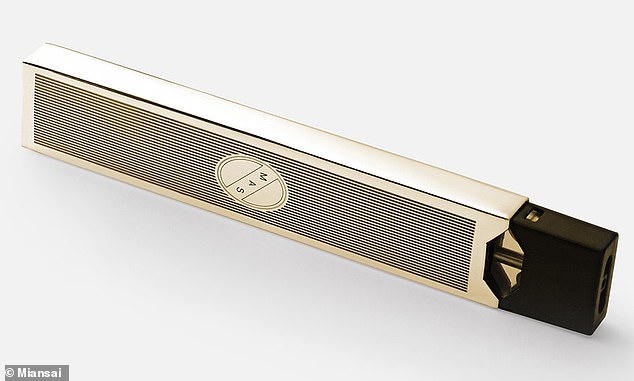 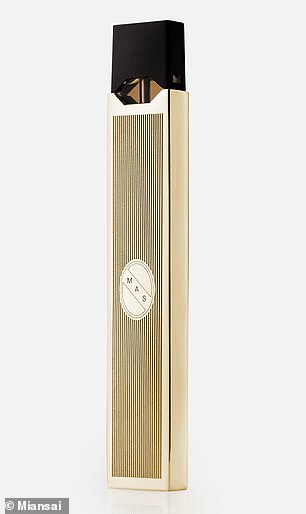 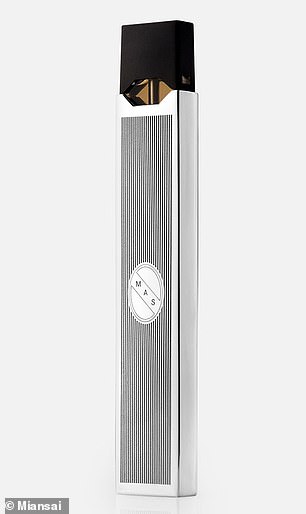 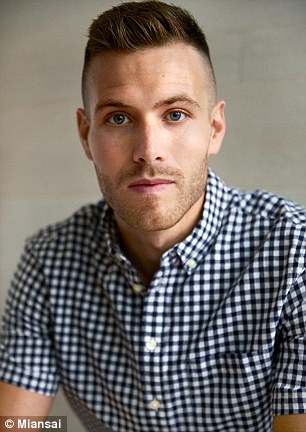 With stores in the coolest retail areas of the U.S. such as Miami’s Wynwood District, Venice Beach in California and New York’s SoHo neighborhood, the brand continues to appeal to style-conscious men and women.

‘We design simple and minimalist jewelry, the type of pieces that you can wear any time, any where,’ Saiger recently told Femail.

‘I started designing men’s jewelry because I kept searching for the perfect bracelet for myself and wasn’t finding anything.

‘I like my jewelry to be the kind of thing you don’t want to take off; something that’s easy to wear and an essential part of your everyday lifestyle.

‘My goal is for you to still be wearing our jewelry 20 years from now because the designs are timeless,’ he added.