His sisters live in palatial piles, but it appears James Middleton is looking for somewhere decidedly more low-key for his martial home with fiancée Alizée Thevenet.

The couple, who have had to postpone their wedding twice this year due to Covid-19, were spotted today viewing a one-bedroom home in south-west London – just a stone’s throw from the home Pippa Middleton, 37, shares with her husband and son.

The property boasts its own terrace and three garages – a rarity for central London – but is otherwise far more modest than one might expect, with a quick glance at the photos revealing a tired-looking exterior and a terrace in need of some TLC.

However its enviable location means even this unpretentious starter home comes at an eye-watering listing price of £895,000. 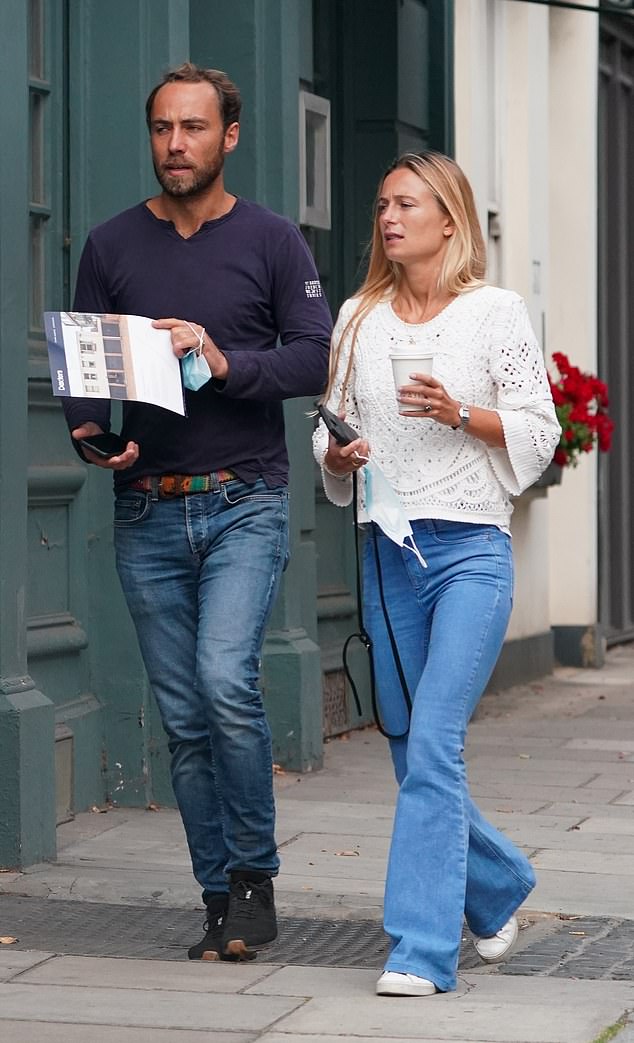 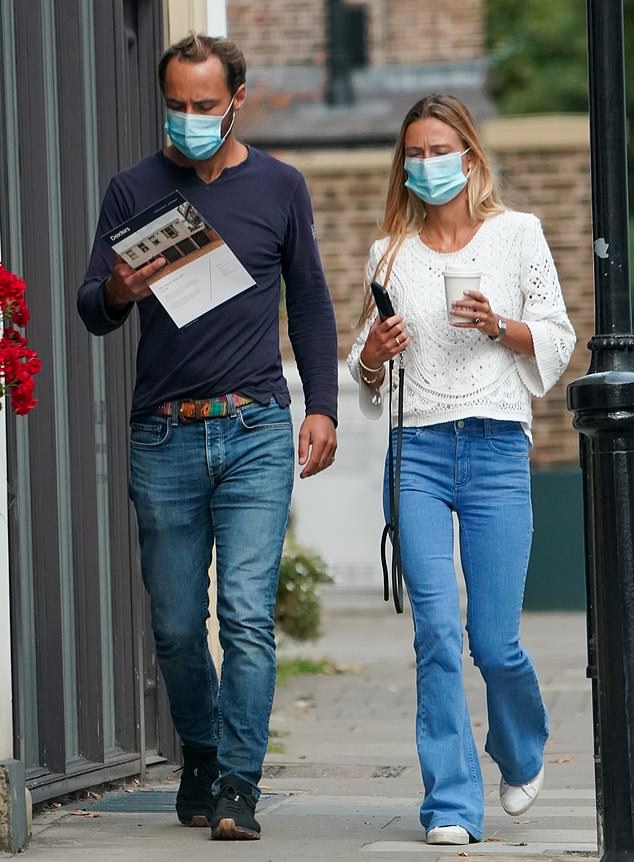 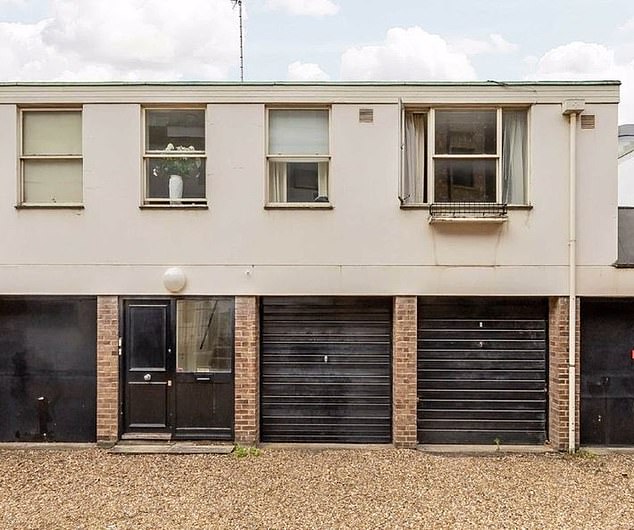 Low key: The property boasts its own terrace and three garages – a rarity for central London – but is otherwise far more modest than one might expect

James, 33, and Alizée dressed down in jeans and casual tops for the outing this morning.

The couple both wore face masks to view the property before removing them outside and strolling away on foot – perhaps to another appointment.

The couple currently live together in London but spent lockdown together at the Middletons’ home in Berkshire. 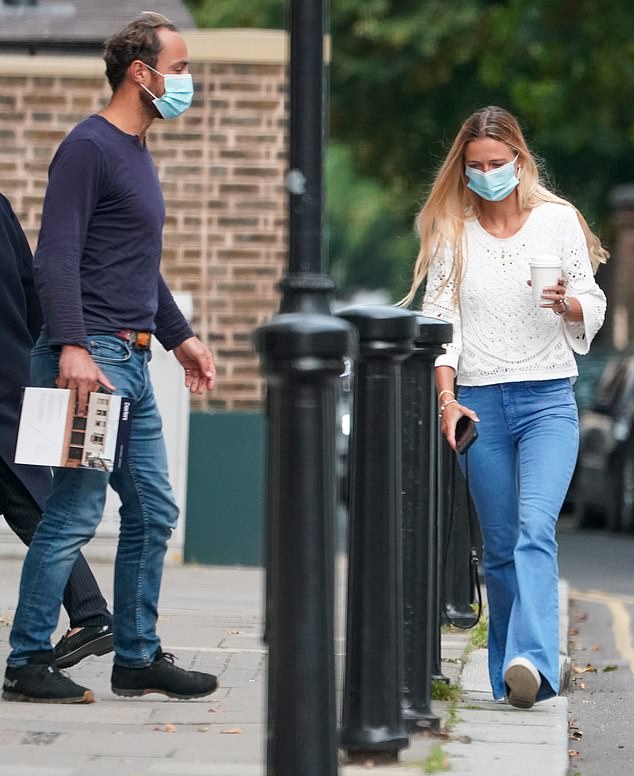 More to see? The couple both wore face masks to view the property before removing them outside and strolling away on foot – perhaps to another appointment 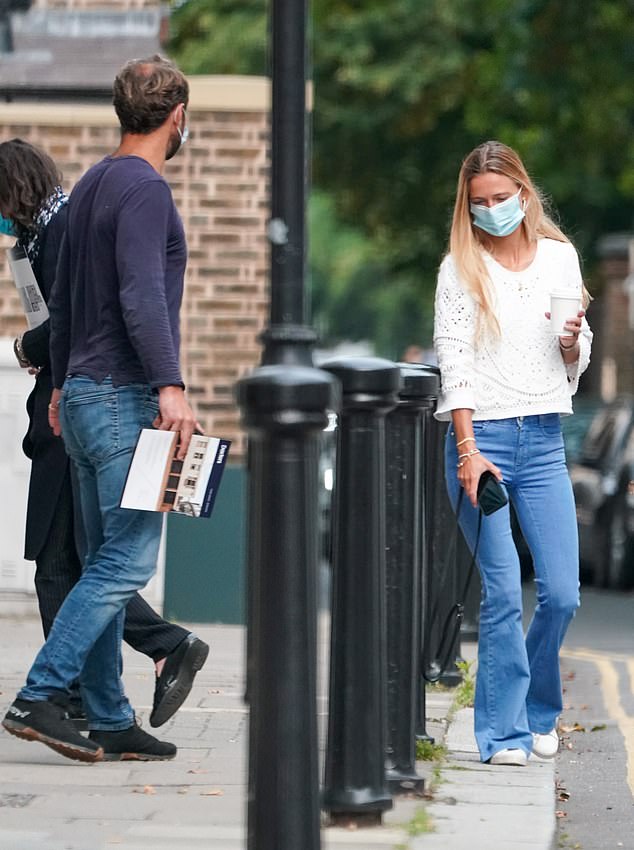 Lots to discuss: The couple were seen leaving the viewing in south-west London today 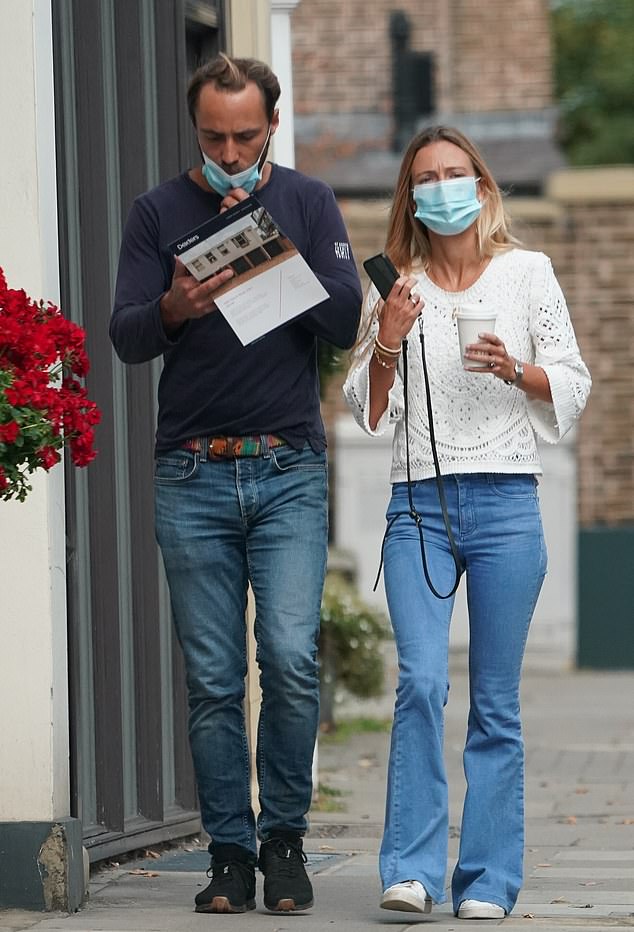 Laid-back cool: Both James and Alizée looked relaxed in jeans and casual tops for the outing

It is clear they are more loved up than ever as they look ahead to their wedding, with James gushing over his wife in a touching Instagram post shared last week.

Posting a series of holiday pictures from a couple’s getaway in Sicily, he wrote: ‘It’s a year since I asked Alizée to marry me… what a year it’s been! Two homes, lockdown, two attempts at a wedding, a litter of puppies, launching of new company @ella.co, a beard shave, and much more.’

He continued: ‘The best part is that I get to share it with you Alizée and I can’t wait to take on whatever the future holds for us.’ 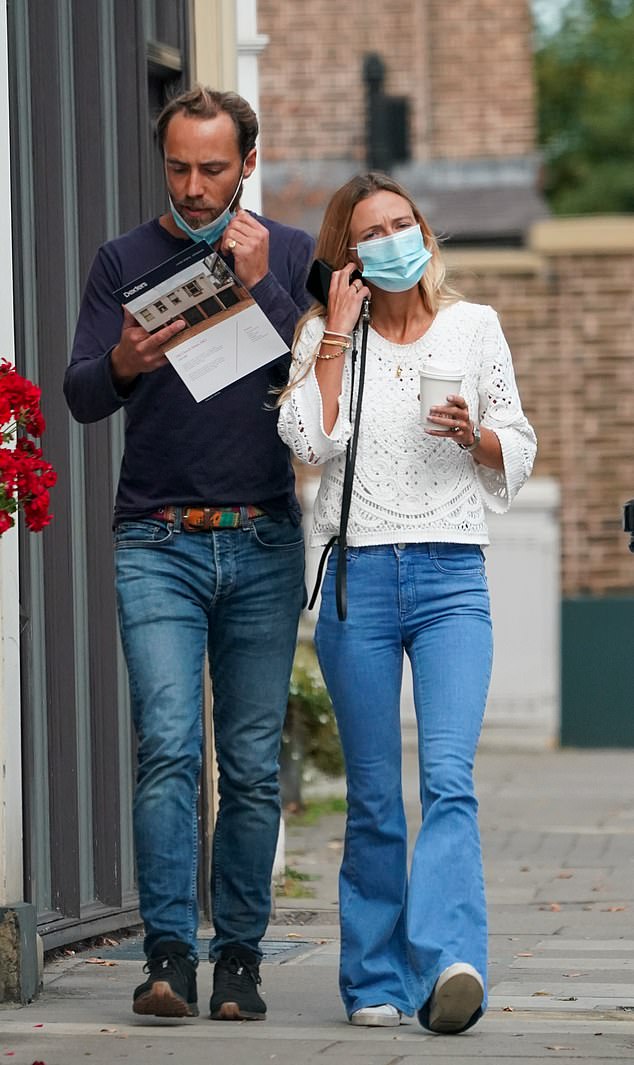 Next chapter: The couple revealed they have had to postpone their wedding twice this year 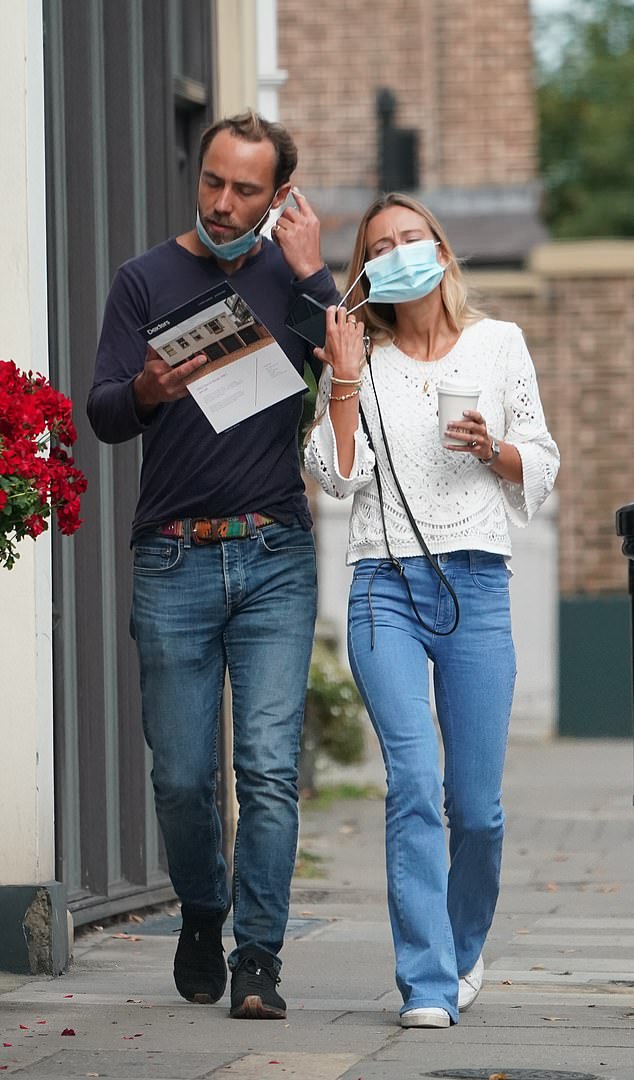 Getting comfortable: James and Alizée remove their face masks following the house viewing 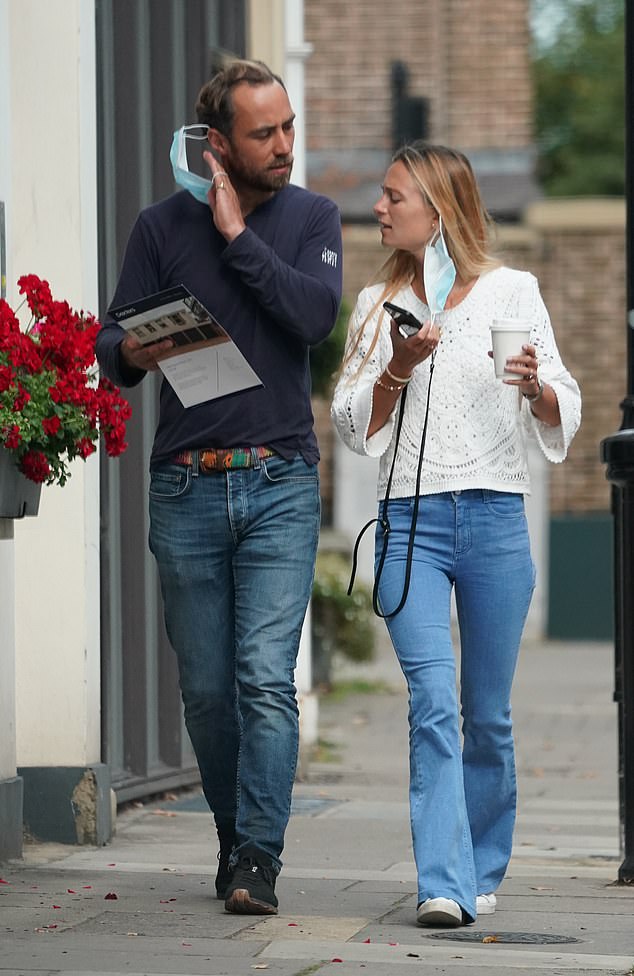 A marital home: The couple are already based in London but appear to want somewhere new

The entrepreneur added: ‘We managed to escape to Italy for a quick dip in the the sea, lots of wine and pasta and now ready to face the world again.’

Calling the yacht holiday an ‘unforgettable experience’, James also shared a number of snaps from the luxurious trip.

In the photographs, the couple could be seen relaxing on the deck of a lavish yacht, while James and Alizée also got behind the wheel of the boat.

The Duchess of Cambridge‘s brother announced his engagement to his French partner last October after he is believed to have proposed while in the Lake District.

The couple spent lockdown at the Middletons’ family home in Berkshire. 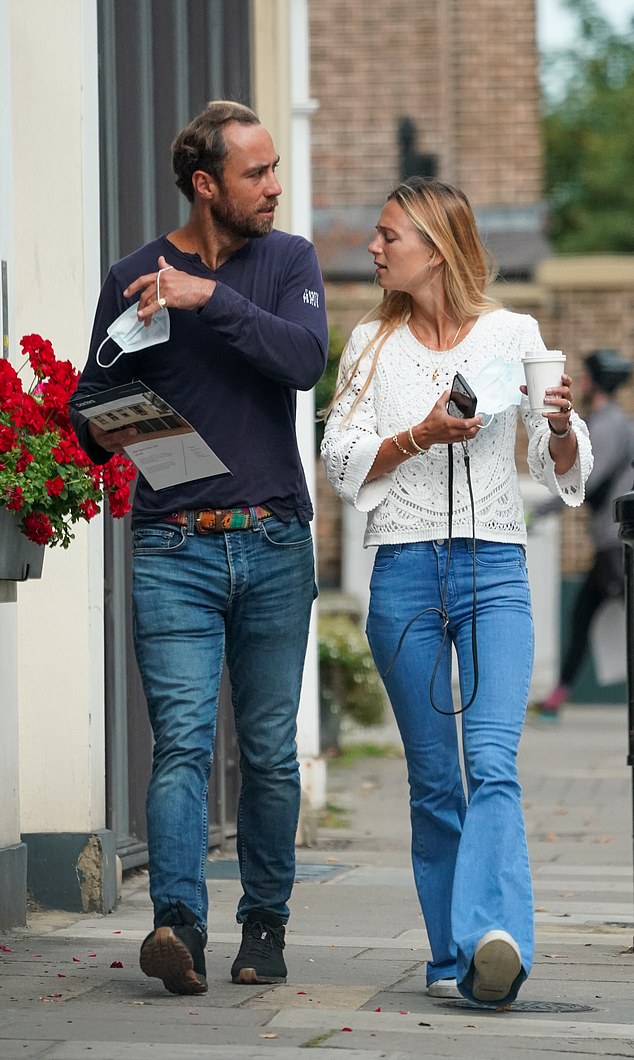 Striding ahead: The couple chatted as they left the £895,000 property after the viewing 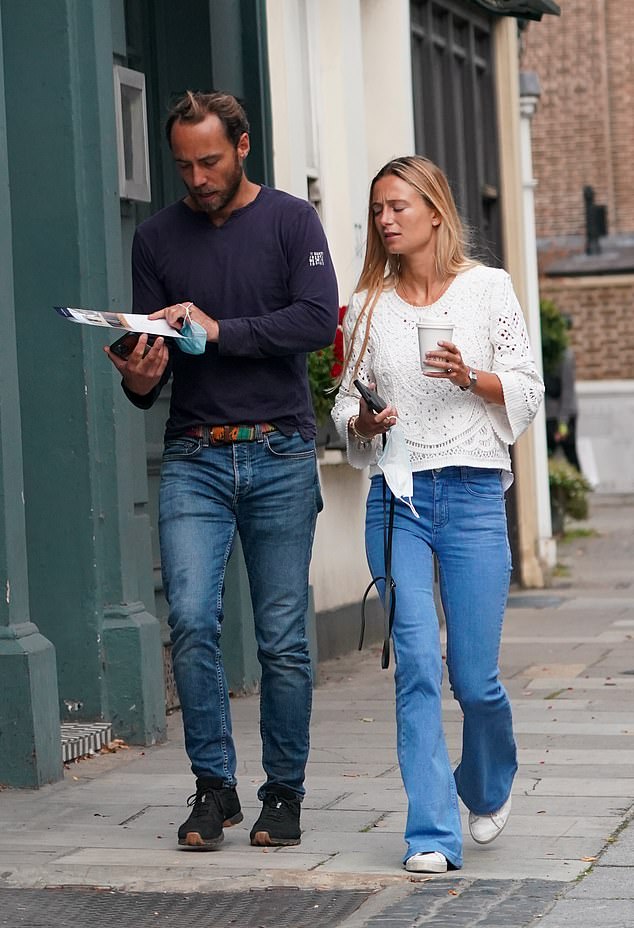 A closer look: James had another glance over the brochure for the property as they left 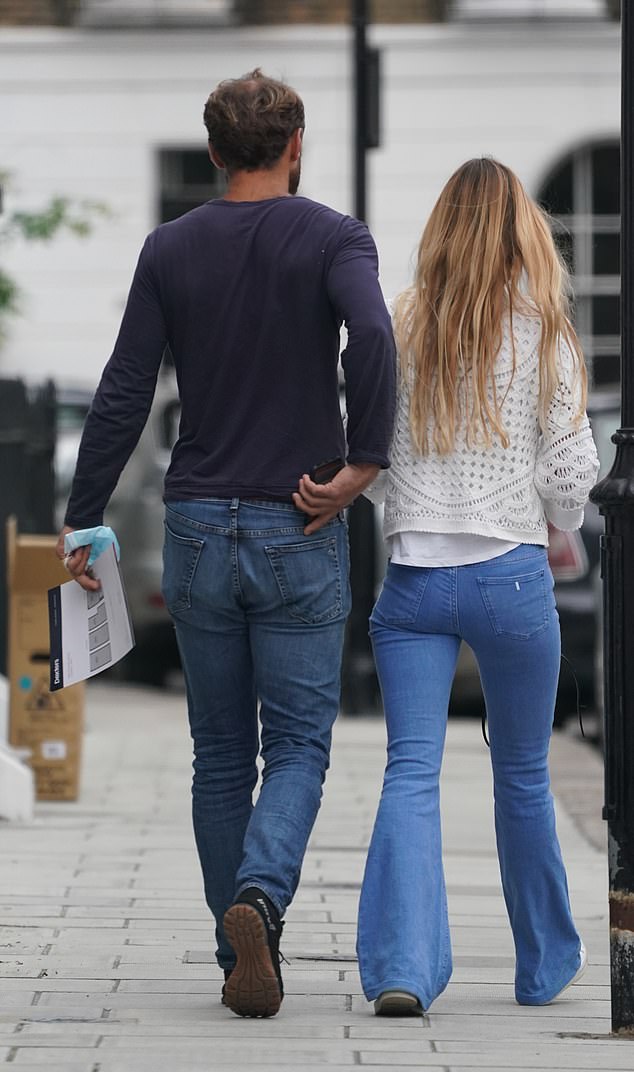 Getting some fresh air: The couple took advantage of the warm weather and left on foot