Sophie Delezio, an inspirational young Australian woman who survived two horrific car accidents as a child, has opened up about her new life as she moves to London to begin a university degree.

The now 18-year-old knew she wanted to go overseas to study and was so impressed with the city when she visited that she applied for a course at the University of London which begins next month.

Having been accepted into the social anthropology and international studies degree, Ms Delezio has already jetted off to England to settle into her London apartment and prepare for the start of lectures.

‘It was difficult to say goodbye but I loved London when I went to visit it and knew I wanted to go overseas to study. When I read about this degree I thought it sounded interesting,’ Ms Delezio told The Manly Daily. 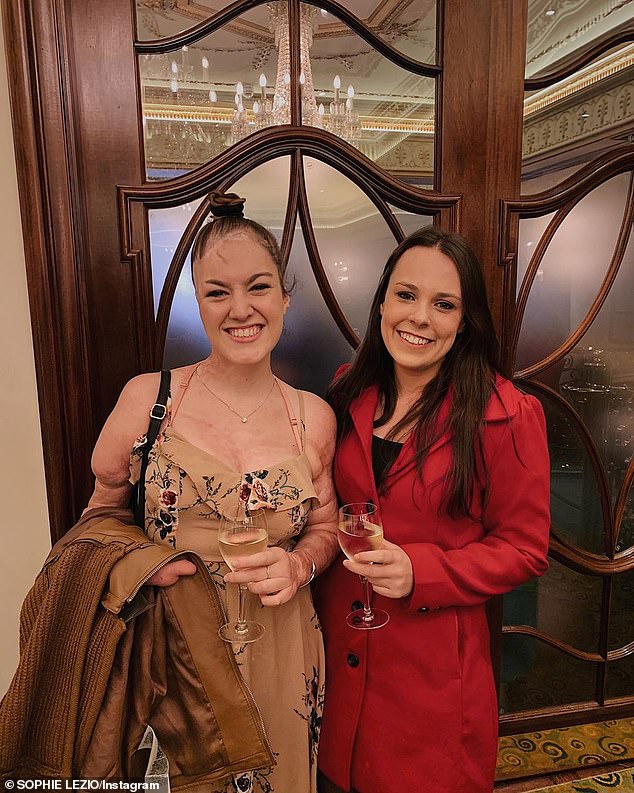 Having been accepted into a University of London degree, Ms Delezio has already jetted off to England to settle into her apartment (pictured in England with friend) 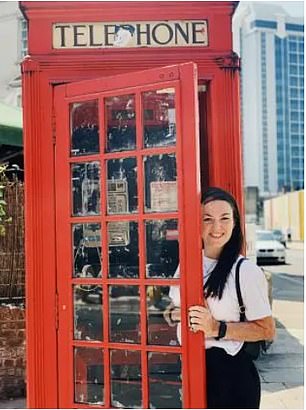 ‘I am cooking for myself, and living by myself, I don’t have a carer any more. I don’t know what I’ll do beyond university but I am just excited to be starting.’

The Sydney woman said goodbye temporarily to her parents Carolyn and Ron, her brother Mitchell, and her assistance dog Willow to begin her new adventure.

With the help of prosthetic legs and her motorised wheelchair, she has already been exploring the city with friends, going to musicals, and even took a recent trip to Greece.

Sophie’s parents recently put their Northern Beaches house on the market – making the decision to downsize with both Sophie and older brother Mitchell, 20, spreading their wings.

The seven-bedroom, six-bathroom Balgowlah Heights residence, featuring a swimming pool and tennis court, is expected to fetch somewhere in the $8million range.

Sophie this week said she will miss the house, which was built from scratch during her recovery to be wheelchair accessible and contain accommodation for carers.

‘It helped me become independent and allowed me to grow in so many ways.’ she said. 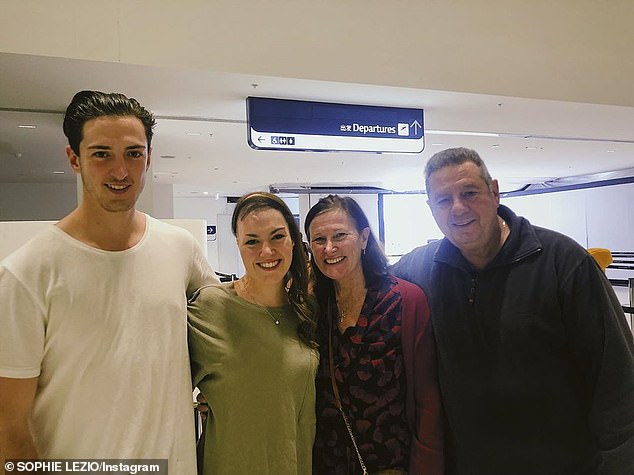 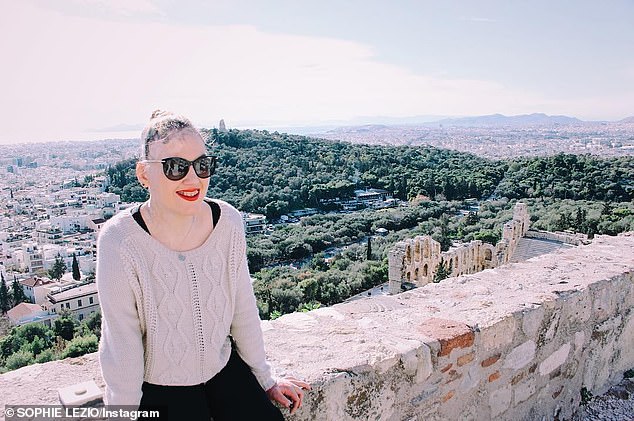 With the help of prosthetic legs and her motorised wheelchair, she has already been exploring the city with friends, going to musicals, and even took a recent trip to Greece

Sophie’s recovery has been remarkable after at the age of two, she was left fighting for her life after she was trapped beneath a burning car, which crashed into her daycare centre in 2003.

The toddler lost an ear, fingers on her right hand and both feet as she was placed in a coma after she suffered third degree burns to 85 per cent of her body.

She recovered but disaster struck again in 2006 when Sophie was thrown 18 metres from her wheelchair as she crossed a street.

‘I’ve always wanted to live overseas. When I was younger, it was the whole New York dream but then I went to England and I instantly fell in love with it.

‘So I’m moving to England on [May 15] and I’m going to be living there for indefinitely so I don’t know how long yet.’

Sophie said she will enjoy her time in Europe until September when she begins her double degree in sociology and international relations.

‘It just so happens my mum was born there so I’m a citizen by birth and I love the weather – I love the rain and the freezing cold,’ Sophie said.

‘I’ve got a few friends in London and then I have family… I’ve got connections throughout Europe.’

Father Ron Delezio said there will be plenty of tears during her departure but he believed Sophie was ready for her next chapter since she was a toddler.

‘I imagine being at the airport, balling my eyes out but… I think she’s been ready for this since before the accident at two years of age,’ he said.

‘She’d fall over and get straight back up again and keep on going. We’re very proud of her, she’s very self-reliant, she’s street smart, she’ll do well.’ 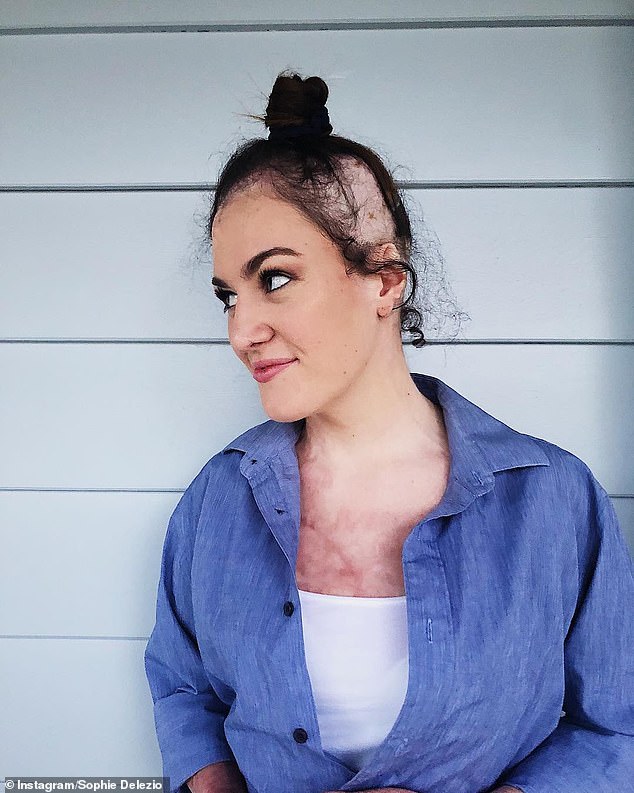 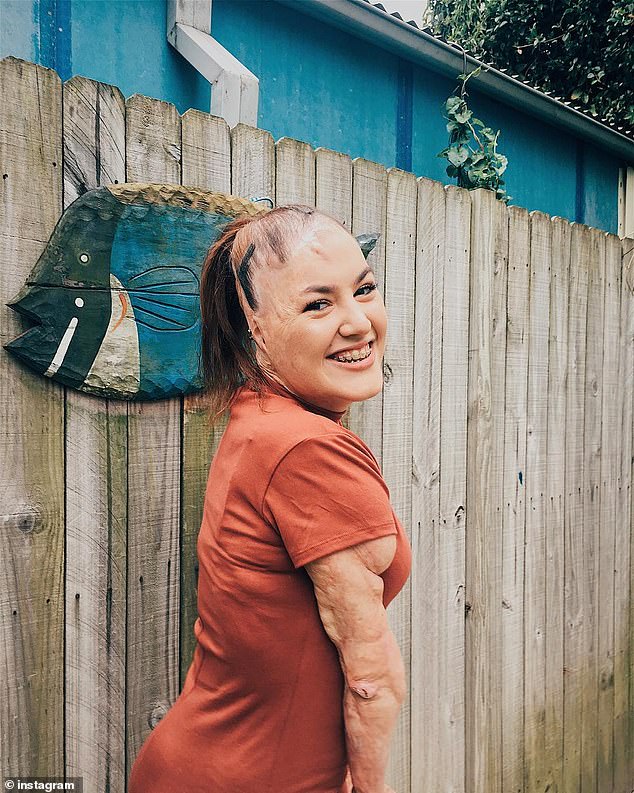 Despite her horrific set-backs, the now-18-year-old, from Sydney, has purchased a one-way ticket to London where she will live there ‘indefinitely’ 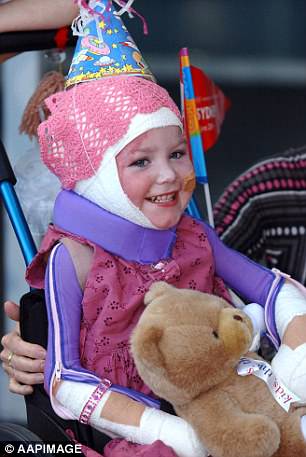 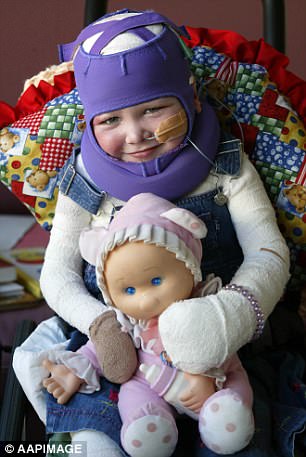 The then-two-year-old was left fighting for her life at the age of two after she was trapped beneath a burning car, which crashed into her daycare centre in 2003 (pictured leaving hospital after recovering from the horrific crash in 2004)

Speaking to the Australian Women’s Weekly in March, Sophie said she’s now embarking on her next chapter on her own.

‘It’s as though I am finally getting an opportunity to spread my wings and sample everything that the world has to offer – but on my terms and in my own way. It’s an adventure,’ she said.

‘I think I can show people that, if I can get through something like this and still have a positive life, then perhaps they can too. I guess I just want to give back to people.’

While Sophie admitted that there is an element of risk to moving and said that she will miss her family, she also said she is ready to leave Sydney for the other side of the world.

‘I know [my medical routine] routine backwards and forwards. I know where every single piece of dressing is in my cupboard, how to apply and when,’ she said.

She said the only thing she sometimes can’t do is wind a bandage around a certain part of her leg if the ankle is strange. 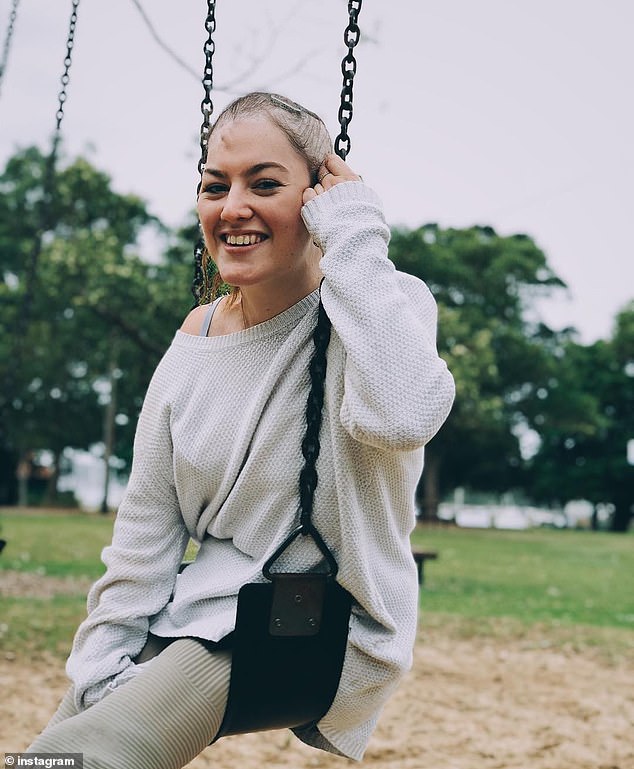 However, Sophie said she is essentially ‘self-sufficient’ and spends the majority of her time up and walking about on her legs, rather than relying on her wheelchair.

Sophie is set to study sociology and international relations in the United Kingdom, and has applied for no less than five top-ranking British universities, four of which are in London.

She said she has always held a soft spot for the British capital city, and recalled days spent walking through Kensington Gardens with her mother as a child.

Her parents, Carolyn and Ron, also said they are excited for her impending departure, and described her as a ‘very determined young woman’. 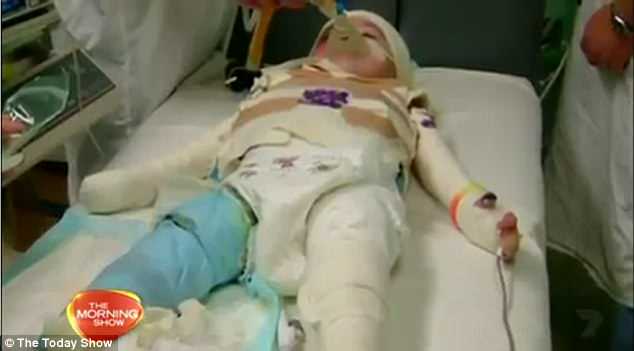 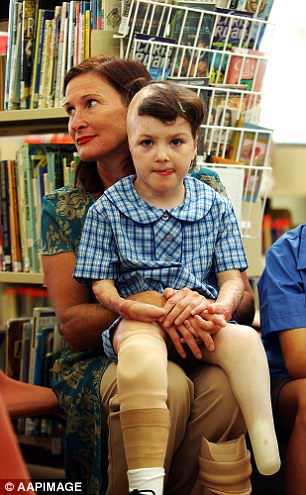 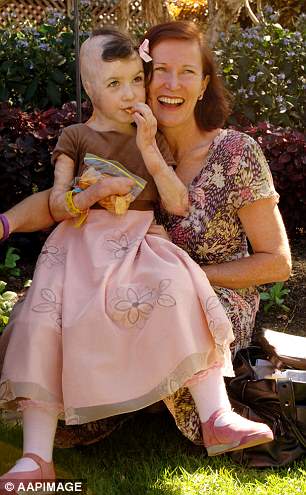 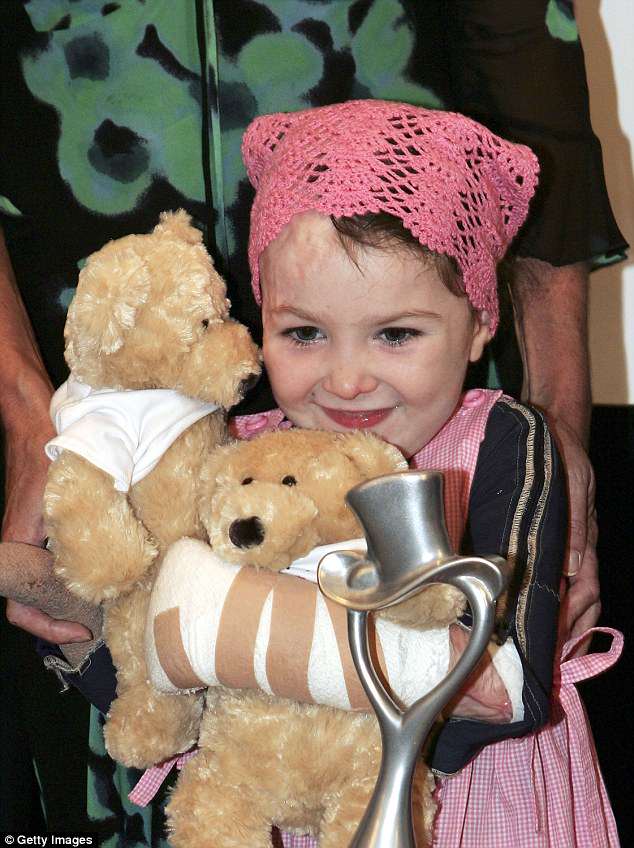