An architect has transformed an old fashioned terrace into a luxury family home, complete with a rooftop spa, temperature-controlled wine cellar, 20-metre swimming pool and a car lift in the basement.

When Clinton Cole was asked to redesign an 1890s two-storey in Sydney’s Eastern Suburbs tailored to the needs of a young family with four children under the age of six, the father-of-three knew he was the man for the job.

Mr Cole exceeded his clients’ expectations by turning the historic shell into a spectacular mansion known as the ‘House of Parts’, cobbled together from a mishmash of themes including caves and treehouses.

The result of the project – which ran from 2013 to 2014 and saw Mr Cole work 100-hour weeks – is a striking six-bedroom split over four storeys with an attic gym, landscaped garden, spacious sun deck and five bathrooms, one with a tub big enough to fit all four kids at once. 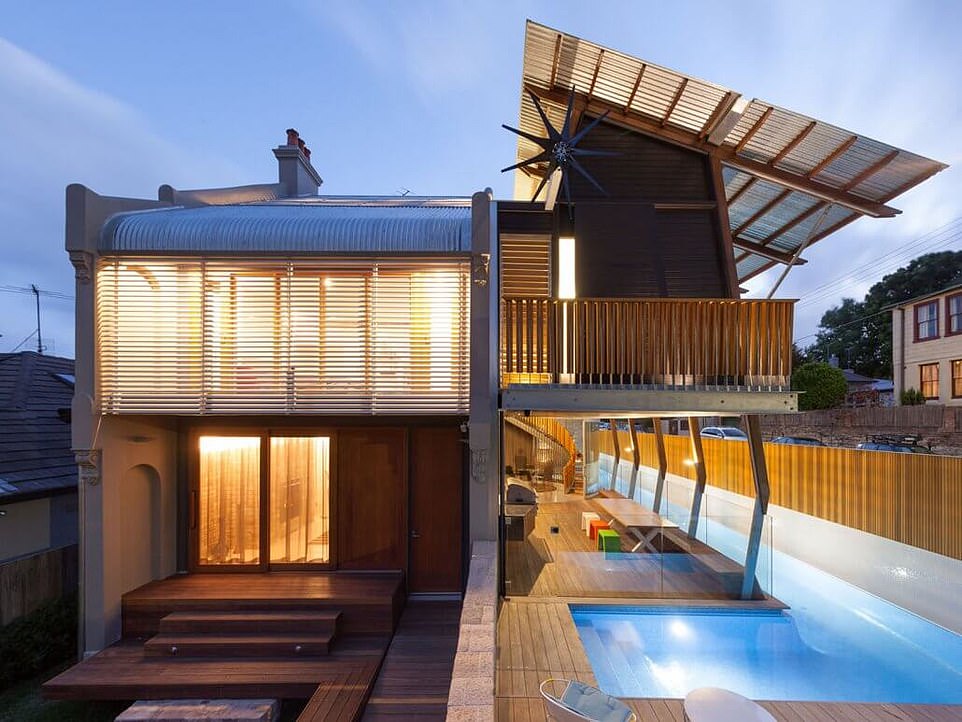 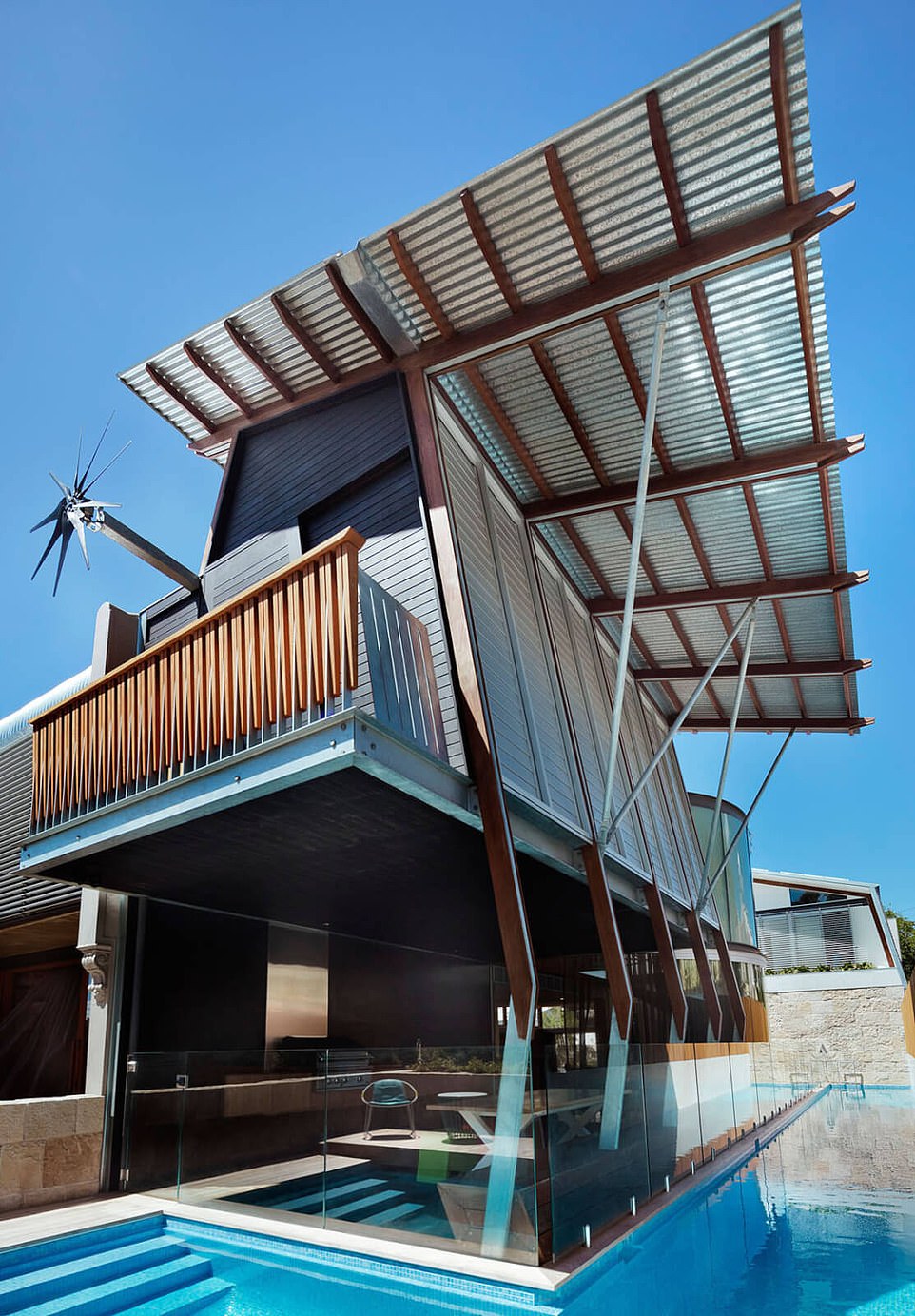 ‘It is certainly unique, but it’s for a big family. We resisted having one concept and did it all differently – that’s why it’s called a house of parts.’

The timber and bent steel staircase leading to the first floor wraps around the dining room, which Mr Cole describes as the ‘bullseye’ that the rest of the house was built around.

‘We treated it like a centre piece – a bullseye – and everything came around that,’ he said.

A glass sliding door curves around the wall behind the dining table, providing access to an outdoor entertainment deck fitted with a barbecue, serving area and seating space. 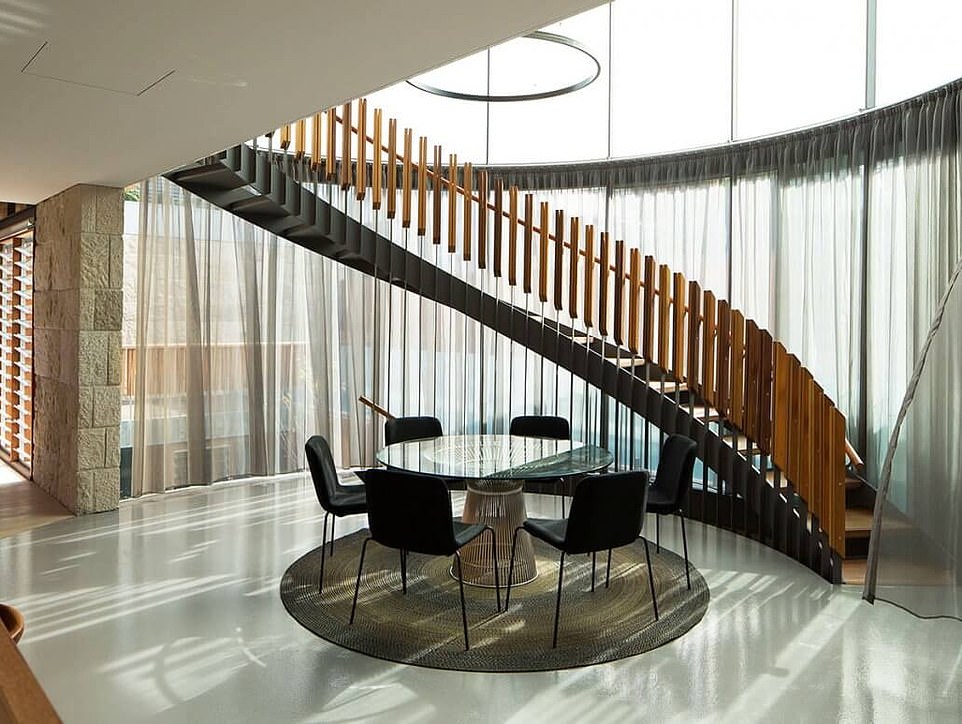 The stairs to the first floor wraps around the dining room (pictured), which Mr Cole calls the ‘bullseye’ that the entire house has been built around 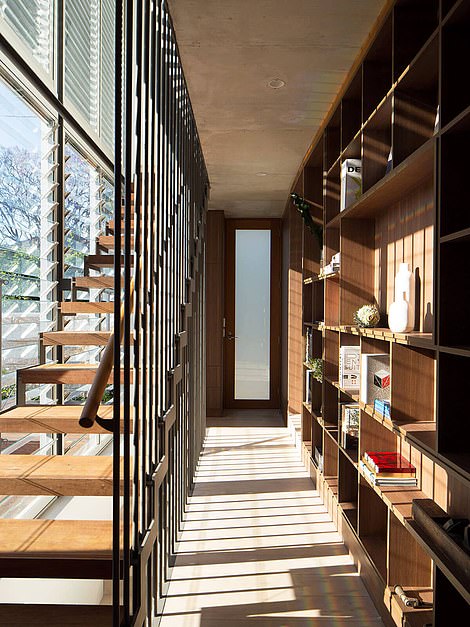 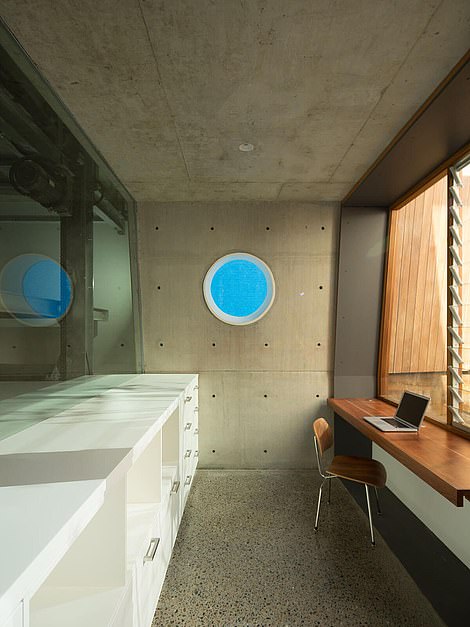 Timber (left) and stone (right) were reused from the demolition of the original terrace, built at some time during the 1890s 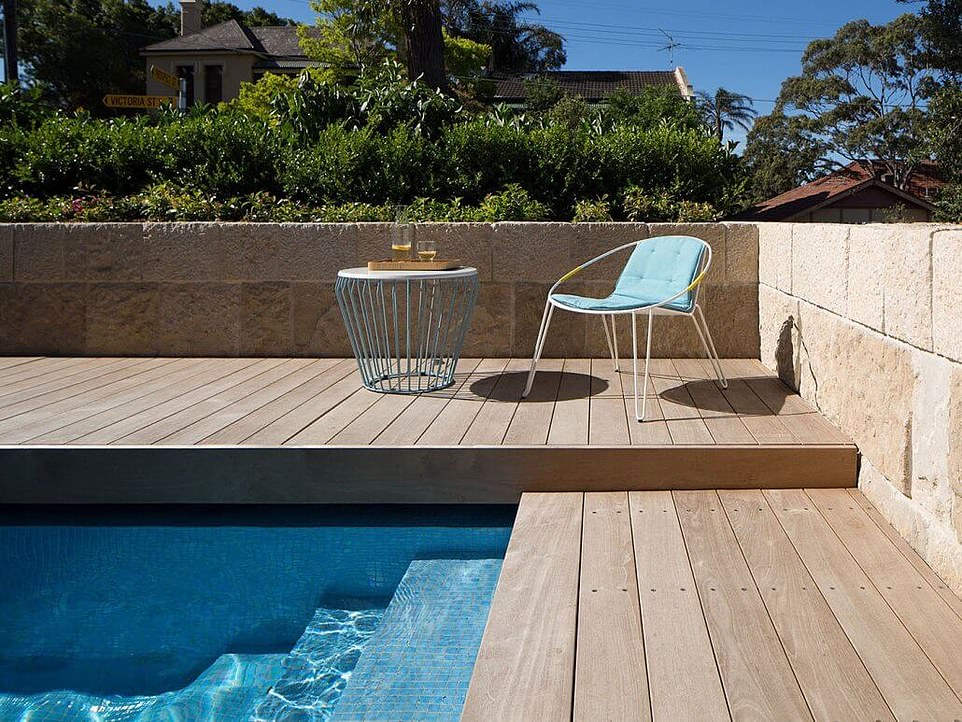 The lap pool cost upwards of $200,000 to install, but offers more than its money’s worth during Sydney’s long summers 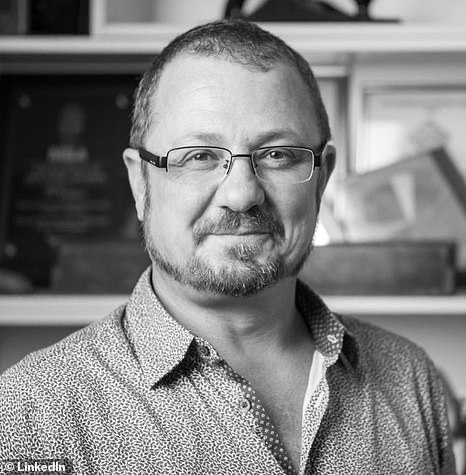 It runs along one side of the house, reflecting sunlight onto the upstairs ceilings all year round, and offers more than its money’s worth during Sydney’s long summers.

Sustainability is at the heart of the house, which was rebuilt with stone, brick and timber salvaged from the demolition of the original building.

A further nod to renewable energy are rainwater storage tank, wind turbine and solar panels installed on the roof to power the home as naturally as possible.

And rather than relying on multiple air conditioning units to keep the house cool in summer, Mr Cole used cross ventilation, a structural technique designed to increase the flow of cool air coming in and force hot air out. 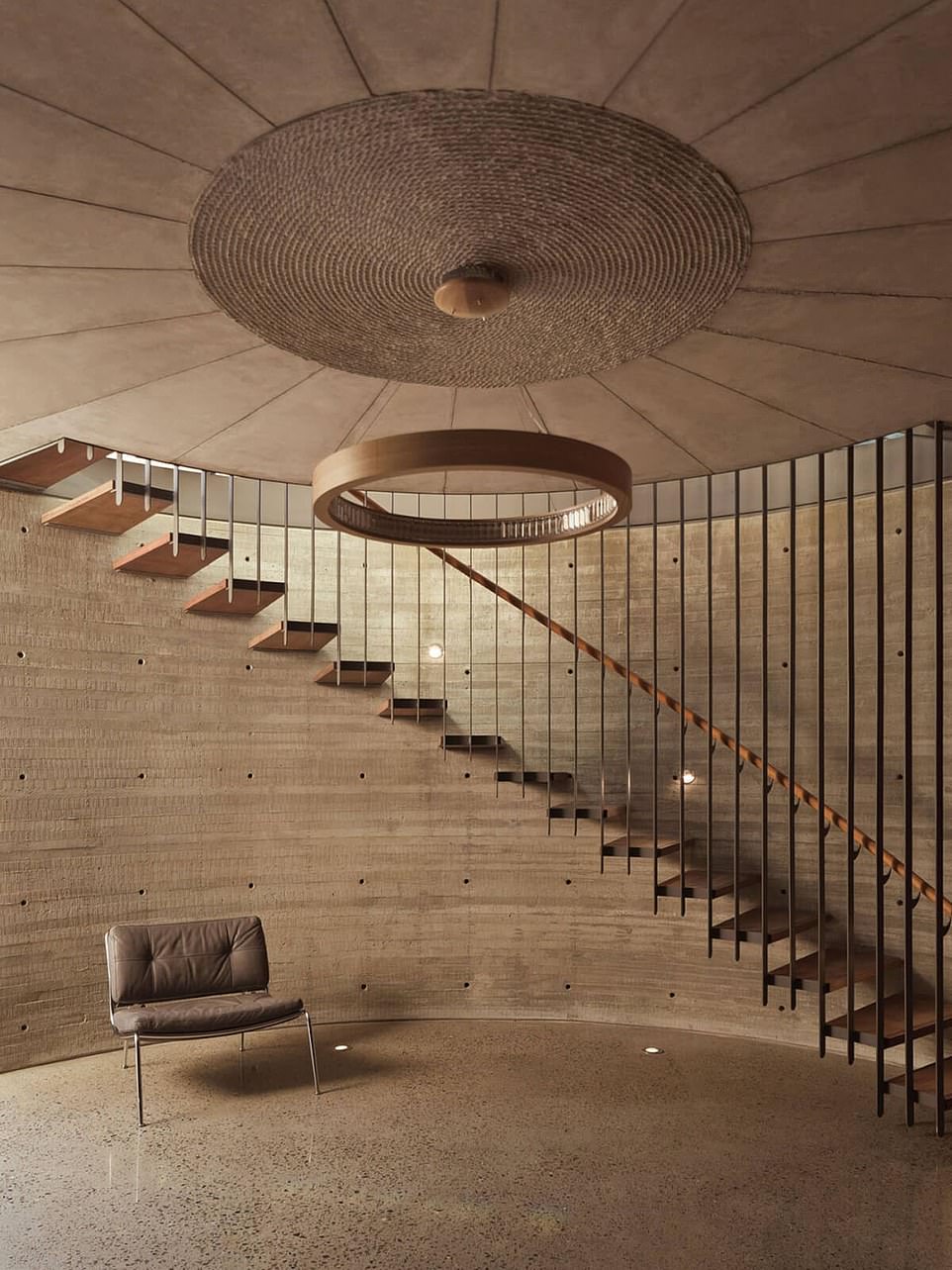 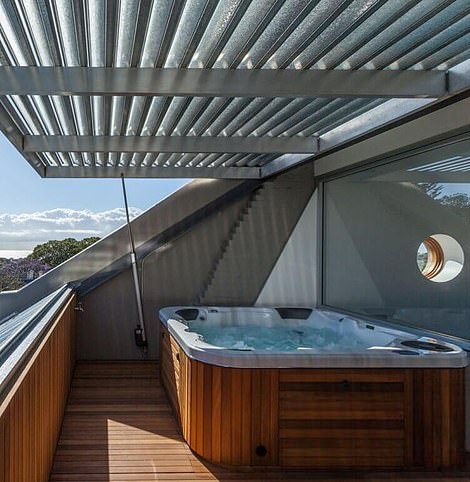 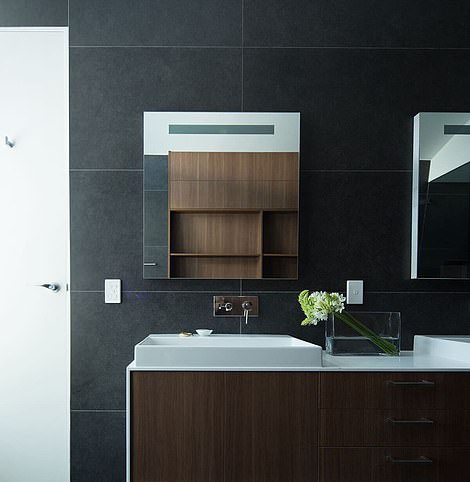 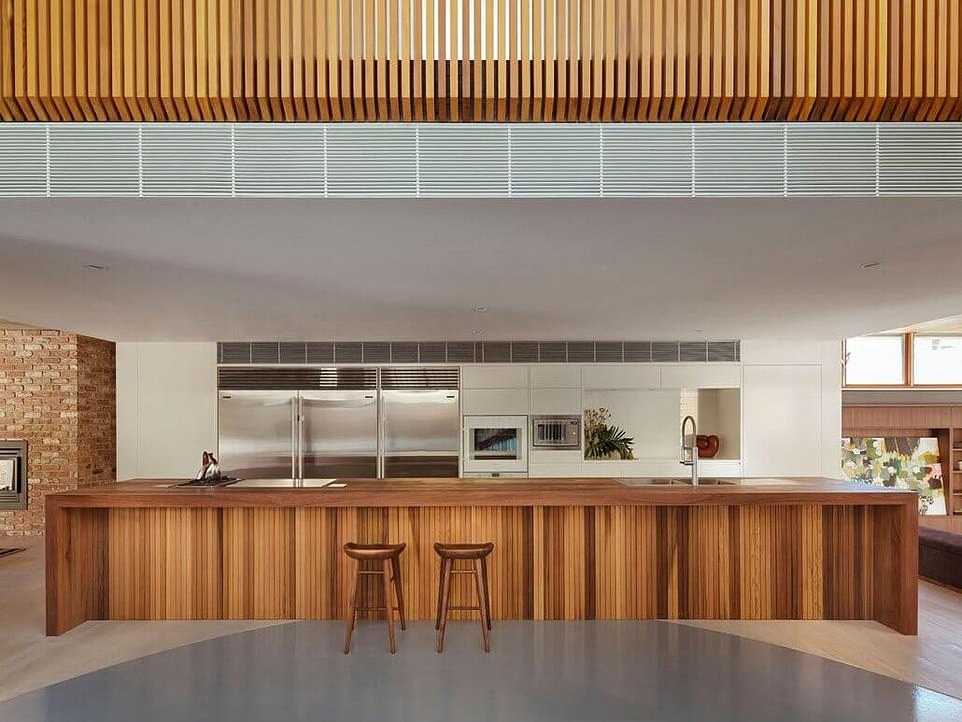 That means when a window is opened on the ground floor, warm, stuffy air is pushed through a window on the first floor and vice versa.

‘It works really well when you have a basement embedded in rock like it is here,’ Mr Cole said.

Below ground, the basement houses a temperature-controlled wine cellar and perhaps the most memorable feature of all – a hydraulic car lift.

Two cars can be driven through the garage door at ground level, then stacked on top of the other with one elevated by the lift. Few Australian homes can boast such a feat. 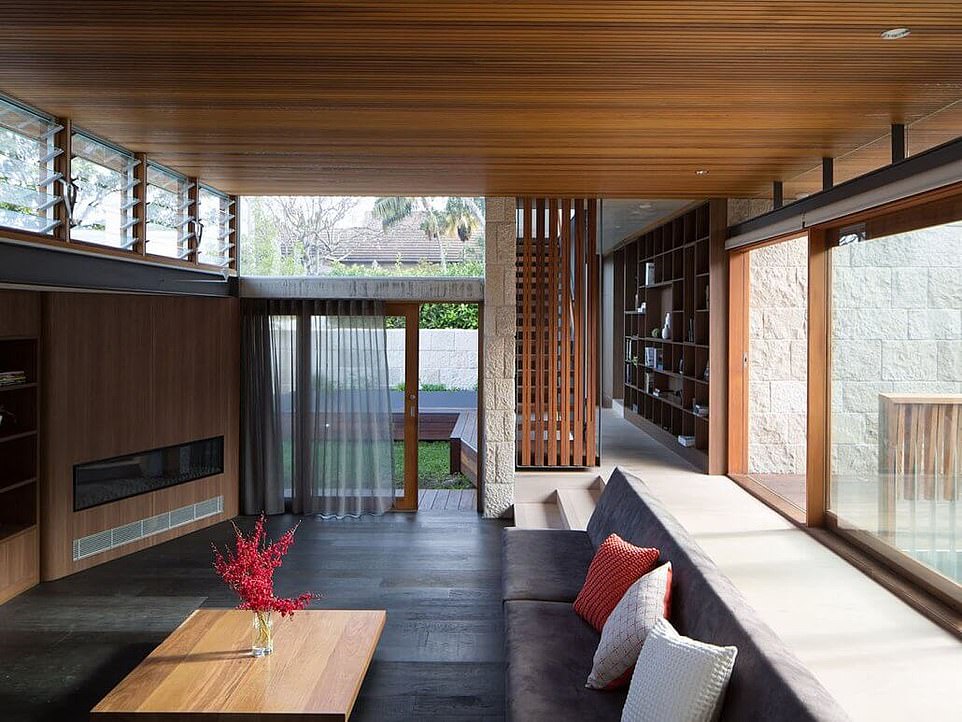 The spacious living area opens onto the garden and entertainment deck, blurring the lines between indoor and outdoor 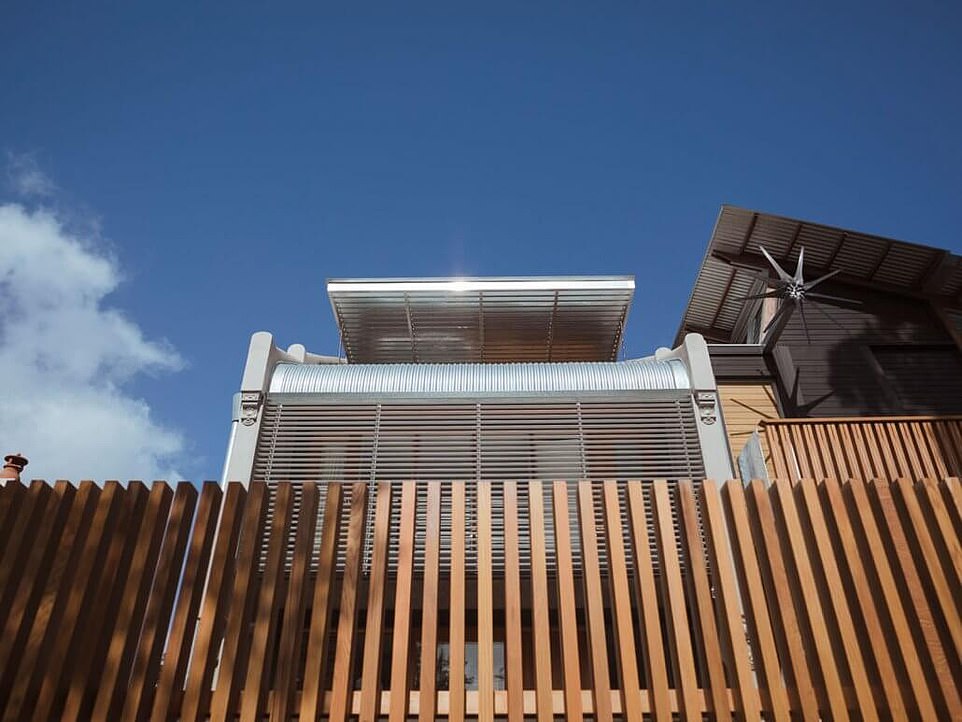 Sustainability is at the heart of the house (pictured from the street) which was rebuilt with stone, brick and timber salvaged from the demolition of the original building

That individuality was recognised when the ‘House of Parts’ won the World Architecture Awards Cycle 22 in February 2016 – a coveted title in the design industry.

The family who commissioned the house have lived in it since 2015 and are delighted to own such a unique property in a central Sydney location.

Mr Cole did not disclose the total cost of the project and its worth has not been valued at current market rates.