The Scottish author Ian Rankin has revealed it has been ‘devastating’ not hugging his disabled son during the coronavirus pandemic.

The Fife-born best selling crime writer, 60, who is best known for his Inspector Rebus novels, spoke about the challenges of lockdown during a virtual appearance at the Edinburgh International Book Festival online, where he drew 2,200 viewers.

His son Kit, 26, has Angelman syndrome, a rare genetic condition affecting the nervous system, and has been locked down at the disabled facility where he lives since early March.

Ian revealed: ‘We have not been able to sit with him on a sofa, and hug him or touch him…It is really heartbreaking but it would be deadly dangerous for people with deadly, life-threatening conditions. He is coping fine, though, better than we are.’ 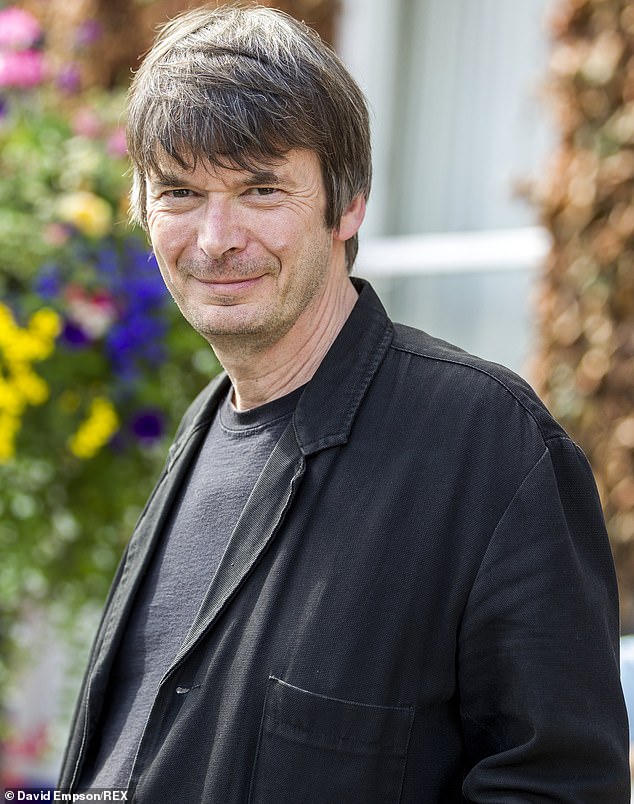 Bestselling crime writer Ian Rankin, 60, has revealed it has been ‘devastating’ not hugging his disabled son during the coronavirus pandemic

Ian was being interviewed by writer and broadcaster Ruth Wishart ahead of the publication of the new Rebus novel, A Song for the Dark Times, in October.

Speaking at the event, the author explained: ‘His birthday was July. He doesn’t understand, and he has no concept of two dimensions so screens don’t mean anything to him.

‘The idea of Facetime doesn’t work for him, so it has been devastating.’

Meanwhile he revealed how the unit’s ‘amazing’ staff had been able to hug Kit but the 26-year-old was unable to mix with other residents during the coronavirus pandemic. 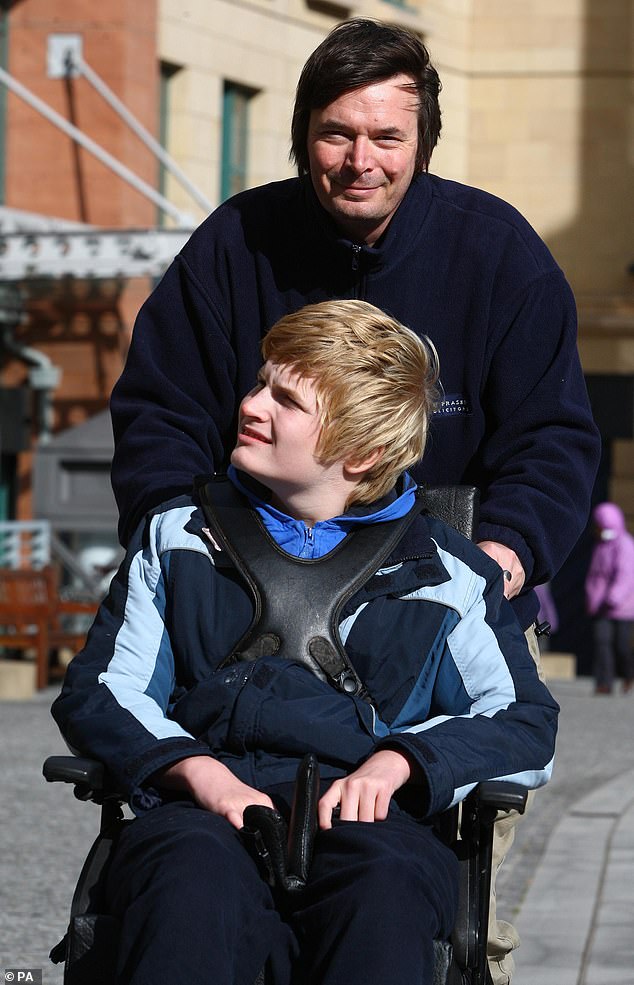 Ian’s son Kit, 26, has Angelman syndrome, a rare genetic condition affecting the nervous system, and has been locked down at the disabled facility where he lives since early March

Ian also explained how a ‘sore’ spot of the pandemic had been the closure of the Oxford Bar, which features in his Inspector Rebus novels, and other small pubs unsuitable for social distancing.

He said: ‘It was sore. It still is sore, because the Oxford Bar is still closed. You can’t socially distance there. It is tiny. I don’t know how they’ll get around it if they ever do get round it.

He said he was finding the current conditions in pubs and restaurants challenging, saying: ‘There’s no craic, no milling about of people who’re going to give you a joke or a piece of news.

‘I am really missing them.’

What is Angelman syndrome?

Angelman syndrome is a genetic condition that affects the nervous system and causes severe physical and learning disabilities.

A person with Angelman syndrome will have a near-normal life expectancy, but they will need support throughout their life.

A child with Angelman syndrome will begin to show signs of delayed development at around 6 to 12 months of age, such as being unable to sit unsupported or make babbling noises.

Later, they may not speak at all or may only be able to say a few words. However, most children with Angelman syndrome will be able to communicate using gestures, signs or other systems.

The movement of a child with Angelman syndrome will also be affected. They may have difficulty walking because of issues with balance and co-ordination (ataxia). Their arms may tremble or make jerky movements, and their legs may be stiff.

Several distinctive behaviours are associated with Angelman syndrome. These include:

‘A lot of my favourite bars in Edinburgh are small, old-fashioned bars. The vast majority of them are still closed.

‘Even if you do go to a pub it’s just not the same now. I’m really missing pubs. Ever since I’ve been a teenager my hobby has been going to the pub.

He said he had even visited the bar to mark his birthday at the height of the pandemic, explaining that he’d used his hours exercise to walk to his haunt, pour a glass of beer from a can, drink it, then walk home.

Calling the experience ‘pretty grim’, Ian added: ‘It will take more than Covid to keep me away from the Oxford Bar on my 60th birthday.’