Whenever anyone asks Bekhal Mahmod where she is from, she tells them anything but the truth. ‘I say I’m Italian, or that my parents are Polish — anything,’ says the 36-year-old.

‘I can’t say anything about my past, because if anyone knew who I really was, my life would be at risk.

‘So, if I hear someone speaking my native language, I turn round and walk away. If I’m in a supermarket, I drop my shopping and just go. If I’m on public transport, I get off. If I see other Iraqi Kurdish people at a cafe, I disappear.

‘I dread anyone asking me: “What’s your Mum’s name? Your Dad’s name? What region are you from?”’ 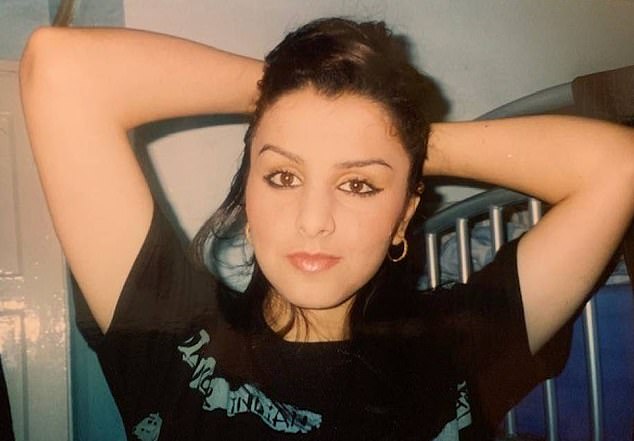 Bekhal has been living under police witness protection for more than 13 years — ever since her father and uncle were convicted for the ‘honour killing’ of her younger sister Banaz, aged 20.

Last week she was reduced to tears by the ITV drama Honour, based on the shocking murder of her sibling almost 15 years ago and the story of how Bekhal’s brave evidence helped secure justice for Banaz.

‘It was very painful to watch and I was choked with tears,’ says Bekhal, who says actress Rhianne Barreto’s portrayal of her was chillingly accurate. ‘It was like re-living the whole ordeal a second time.’

Tortured, raped and strangled with a ligature in January 2006, Banaz, whose family home was in South London, was murdered by assassins on the orders of her uncle and father for bringing ‘shame’ on her family.

Just months earlier she’d fled an abusive arranged marriage and then compounded her ‘dishonour’ by falling in love with an Iraqi man of her own choosing.

Her body was found by police in a suitcase, buried six feet under the patio of an abandoned property in Birmingham, three months after her boyfriend Rahmat Sulemani, 29, reported her missing.

Bekhal — believed to be the first female in British legal history to give evidence against family members in an honour killing trial — risked her own safety to tell the jury how she’d run away from home aged 16 to escape her father’s beatings. 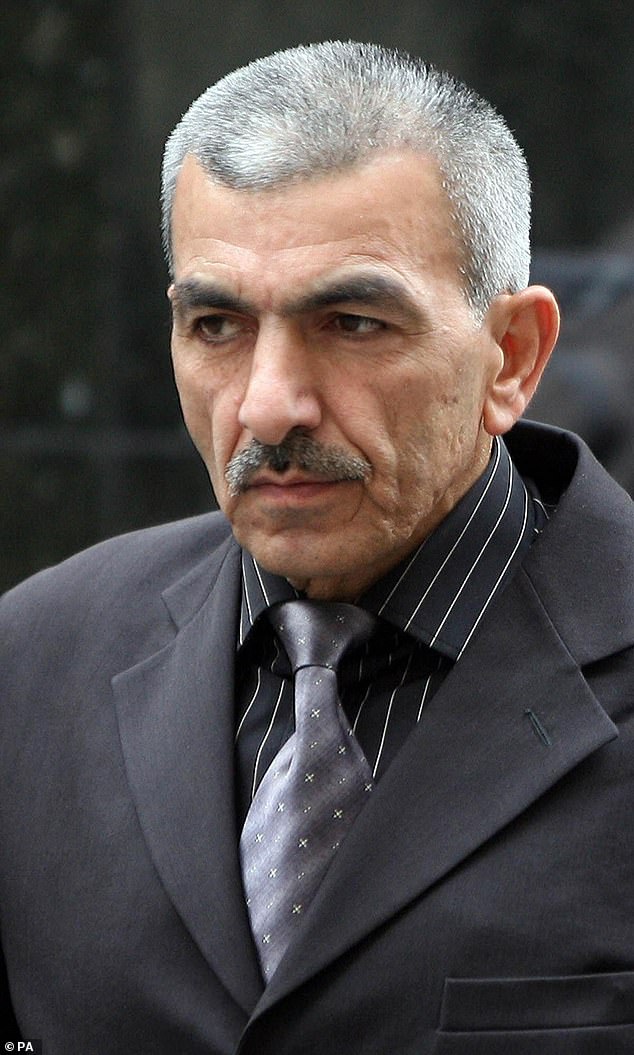 Bekhal, 36, revealed she hasn’t spoken to her family since Banaz’s murder and is living under a new identity because her life remains in danger. Pictured: Her father Mahmod

Giving evidence from behind a screen, she revealed how she’d survived an attempt on her own life for bringing ‘shame’ on her family by refusing an arranged marriage.

The first time I met Bekhal was 13 years ago at Lewisham police station where she gave her only interview after the convictions. Wearing a hijab and black veil to protect her identity, she told me: ‘My life will always be at risk. There are people in my community who want to see me dead and will not rest until I am.’

Since then, others have also been brought to justice. Mohammed Saleh Ali and Omar Hussain, both 28, who’d fled to Iraq after the crime, were later convicted of murder in November 2010 after being extradited to Britain. In 2013, Dana Amin, was jailed for eight years for helping to dispose of Banaz’s body.

Today, Bekhal — living under a new identity — reveals her life remains in danger. She is estranged from her family and hasn’t spoken to them since Banaz’s murder. Such is the threat to her safety she cannot say if she works, is married or has children. ‘I try not to live every minute of the day in fear, and there have been moments of joy in my life, but the past few years have been very difficult. I am always looking over my shoulder,’ says Bekhal.

I dread anyone asking me my father’s name

‘I miss my family so much, but all I have from my old life are a couple of pictures of Banaz and a scarf of my mum’s — black with a little bit of glitter — which I never wash. I take it out of a drawer every now and then and smell it to remind me of her.

‘I can’t have any contact with my family because it’s too dangerous, not just for me but for them. It would put my mum and my sisters at risk if I, the same girl who’d brought shame on the family, was back in their lives.’

And what of her father and uncle? 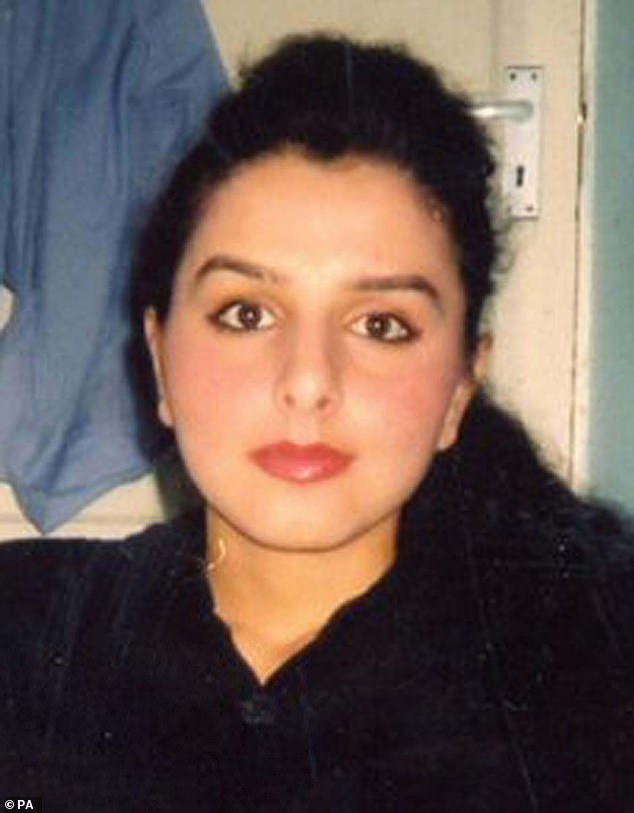 Bekhal who was aged 14, when her Iraqi Kurdish parents arrived in Britain, said her father beat her more than 20 times for becoming too Westernised. Pictured: Banaz

‘I am petrified of the years flying by, and the day they are released from prison. If I had the option I’d give them another 23 years,’ says Bekhal.

’There are some people in my community who still want me dead because they believe the reputation of Kurdish people has been tarnished because of what happened.

‘Sometimes I imagine seeing my mother again, and how she might hug and kiss me. Yet I can never forget how she stood by my father and supported him.’

Bekhal was 14 and Banaz 12 when their Iraqi Kurdish parents arrived in Britain with their six children as asylum seekers fleeing Saddam Hussein’s regime.

To begin with, their new life in Mitcham, south London, seemed a safe haven compared with the war-ravaged country from which they’d come. For the first time, they properly went to school. But tensions arose as Bekhal — envious of her new British friends’ freedoms — found herself caught between two cultures.

Bekhal recalled how her strict father beat her more than 20 times for becoming, in his eyes, too Westernised. She talked of being hit around the head; once for not wearing a headscarf, and another time for undoing the top button of her shirt.

Working part-time at a supermarket, after leaving school following her GCSEs, her father reacted with fury when Bekhal was spotted walking home with a male colleague. 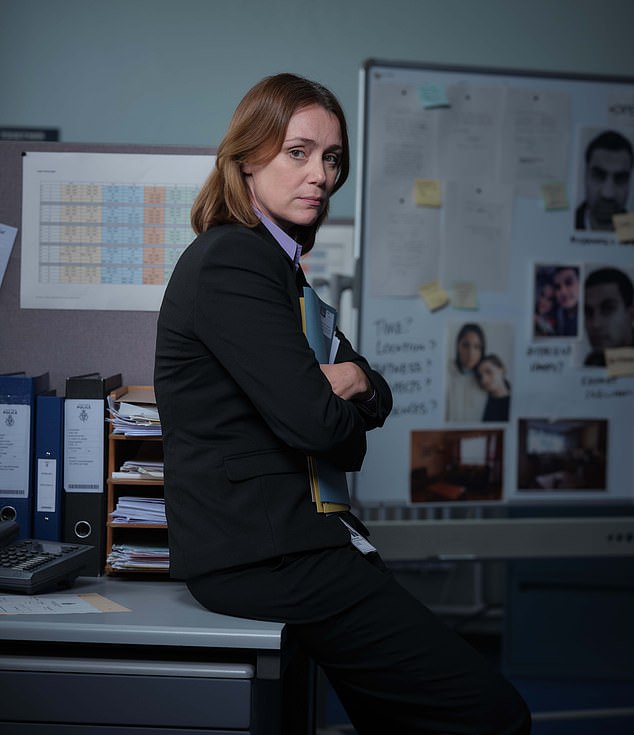 Bekhal gave evidence that her father ordered his only son to kill her to restore their family’s honour. Pictured: Keeley Hawes in TV’s Honour

She remembers being locked in her room when she refused an arranged marriage with a cousin at 16. ‘I didn’t want to have boyfriends or go out at night, or anything like that,’ she told me. ‘I was respectful to my parents. I just wanted to be able to have friends, to give my opinion — very small things that British girls take for granted.’

Bekhal ran away several times, until social services intervened and she was placed with a foster family. In her evidence, she said her father had even ordered his only son to kill her to restore the family’s honour.

She only survived because her brother broke down in tears, as she begged for her life, and couldn’t go through with it.

To restore the family’s reputation, after the ‘shame’ Bekhal had caused, her father swiftly arranged marriages for his two younger daughters within six months of each other. Aged 17, Banaz was married to a Midlands-based grocery shop worker 11 years her senior, described by her father as the ‘David Beckham’ of husbands. Another sister was just 16 when she was married to a balding waiter at least ten years older.

‘Banaz was not the kind of person to run away, as I had done. She never wanted to upset anyone and would do whatever it took to please everyone,’ says Bekhal. ‘But no child of 16 or 17 is ready for the responsibility of marriage. They shouldn’t have to worry about pleasing a man and being a housewife and not having any dreams.’ It was in the West Midlands that Banaz first went to the police, complaining that her husband had repeatedly raped her. But, as the Old Bailey would hear, no action was taken. 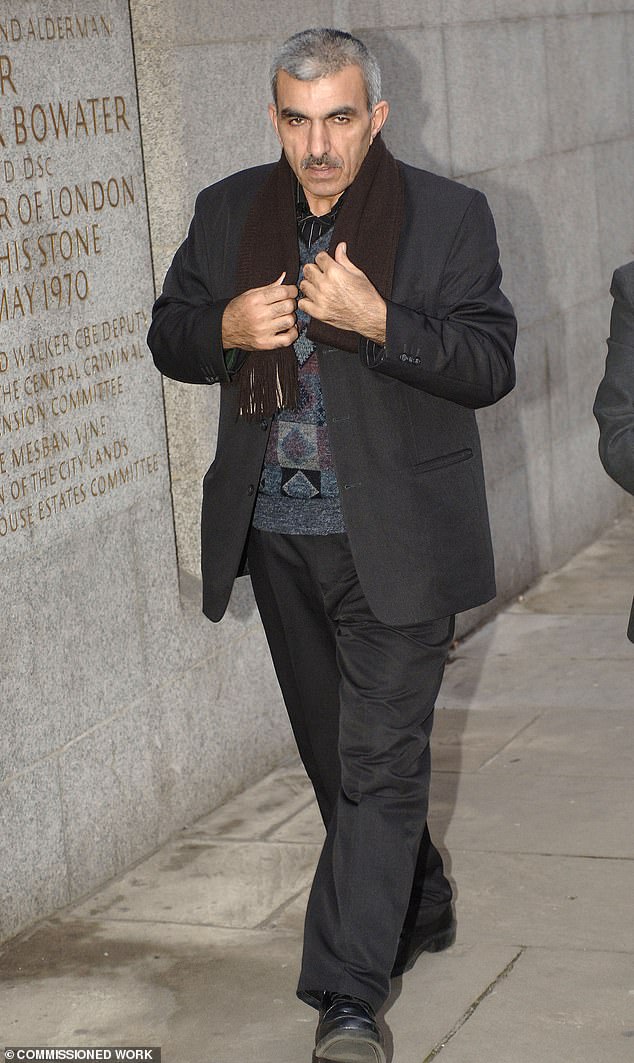 Bekhal revealed she has had terrible nightmares since police arrived at her home with news that her sister’s body had been discovered. Pictured: Her father Mahmod

She fled back to her parents’ home in 2005 to escape the abuse, but when she met Rahmat Sulemani at a family gathering and later fell in love, her perceived disobedience again threatened the family’s reputation.

Shockingly, it emerged at the murder trial, Banaz had sought help from the police on four more occasions in the months leading up to her death; once after she overheard a phone call from her uncle to her mother saying there were people ready to kill her.

One female officer had even dismissed her as an ‘attention-seeker’ after she escaped an attempt on her life by her father on New Year’s Eve 2005 — just weeks before she was strangled in the family home.

Her boyfriend Rahmat, who also went into the police witness protection scheme after giving evidence at the trial, tragically took his own life ten years later.

Bekhal will never forget the shock of police arriving at her home to inform her of Banaz’s disappearance, and then the horrific news of the discovery of her body.

‘I have had terrible nightmares ever since and with time they just get worse,’ says Bekhal.

‘The murder of Banaz is like a wound that never heals. She’s on my mind every day. She is never forgotten.’Bekhal is grateful to DCI Caroline Goode (played in ITV’s drama Honour by Keeley Hawes), who was awarded the Queen’s Police Medal for her work in bringing the killers to justice, but believes Banaz was ‘failed immensely’ by the police. 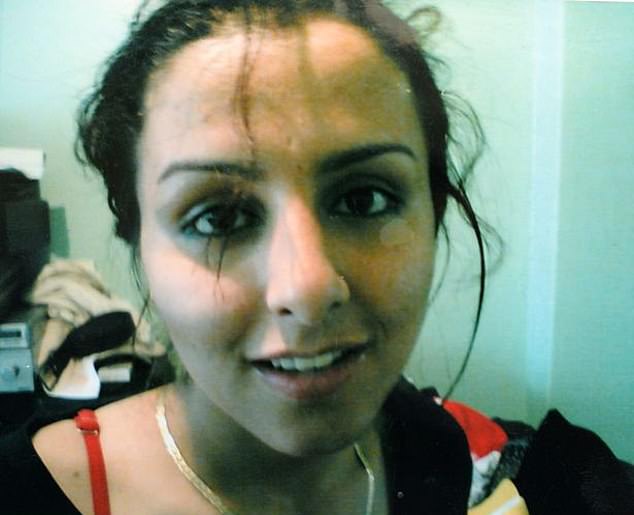 ‘My sister was going to the police, saying: ‘My husband is raping me.’ She gave them names, saying: ‘This person wants to kill me and is threatening to end my life.’ So there is no excuse for what happened,’ says Bekhal.

She adds: ‘Banaz went to the police so many times, and every time there just wasn’t the support or reassurance offered. No one said to her: “If you walk away, we can protect you, give you a safe place.”

In 2015, Her Majesty’s Inspectorate of Constabulary (HMIC) carried out its first ever investigation into the police service’s response to crimes of honour-based violence, forced marriage and female genital mutilation.

It found that the complex issues involved were still not being given ‘the priority by the police service that victims deserve. This is something that must improve and in doing so place the victim’s experience at the centre of the service provided.’

Award-winning campaigner and expert on honour-based violence, Dr Hannana Siddiqui, who supported Bekhal through the murder trial and beyond, believes that almost 15 years after Banaz’s murder much more still needs to be done.

‘There are still an estimated 12 honour killings a year, and in 2016 approximately 5,000 cases of honour violence were reported to the police,’ she says.

‘There are already procedures in place, which we helped to create, to tackle honour-based or sexual violence. But they are not being followed enough, and there needs to be far greater accountability. Our concern is that women from minority communities are still being turned away because of cultural sensitivity. ’

Bekhal Mahmod, consigned to a secret life in the shadows and estranged from her family, agrees.

‘It’s nearly 15 years on and I don’t think as much has changed as it could have. Police need to think: “If this was my daughter, would I let them walk away without giving them help?” ’ she says.

‘No one can bring my sister back, she is irreplaceable, but I don’t want her death to have been in vain. Now I just fear for the future and for all those girls in situations like hers.’