Toilet cleaner and a hard bristled yard brush are the surprising secret to sparkling white tiles, a mother has revealed.

Tired of staring at her grime-ridden grouting, the Perth woman tried scrubbing the blackened strips with $3 Harpic White and Shine and a $12 gardening broom from Bunnings.

In a matter of seconds, the floor looked as if it had just been laid without a trace of dirt left between tiles.

Photos of the floor taken before and after the experiment, which have amassed almost 1,000 likes since they were shared in a cleaning group on Facebook, have drawn varied responses. 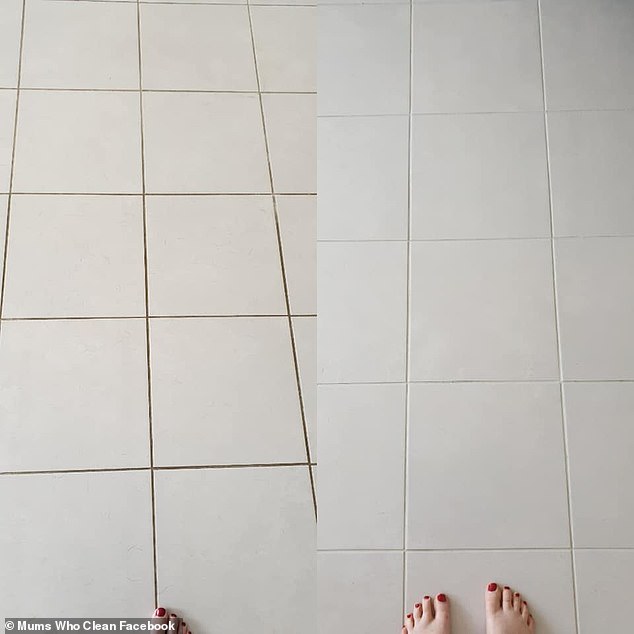 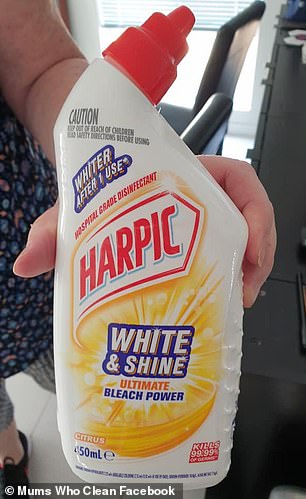 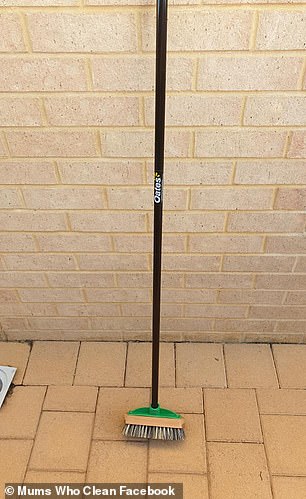 While many raved about the result, some argued it would take hours to wipe away residue left by the toilet cleaner.

‘Yeah but how many times do you need to mop up the residue from the Harpic,’ one woman wrote.

A second shared a warning about the coloured toilet cleaners which typically come in bright blue and green.

‘Just don’t try this with coloured toilet cleaner. I ran out of Domestos once and my toilet cleaner was lavender scented and also purple in colour. Ended up with purple grouting for a while,’ she said.

‘Do not do this on coloured grout people. Very high chance of discolouring the grout,’ another added.

Despite the criticism, the mother is not the first to rave about the transformative effects toilet cleaner.

In September, American actress Savannah Meyer uploaded a TikTok video that starts with a close-up of a tiled kitchen floor which has grubby black stains running along the grouting.

The 28-year-old from Utah then pours a drop of Clorox toilet bowl cleaner onto the tiles, leaves it to soak for five minutes and scrubs it gently with a brush.

Dark discolouration lifts off easily, leaving the strips between each tile sparkling white.

‘Should I do my whole kitchen?’ Ms Meyer asked in the caption.

And many felt that she should. 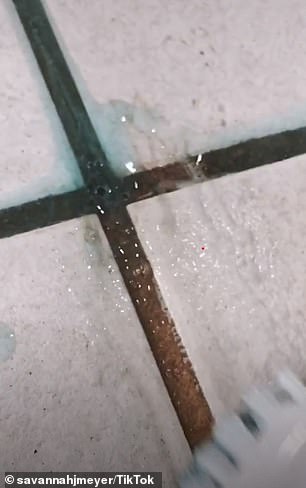 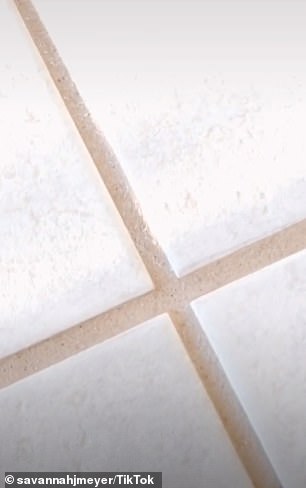 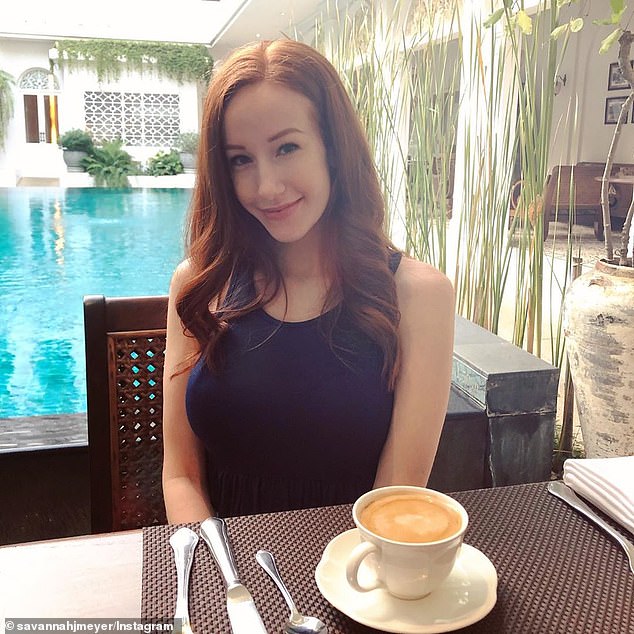 ‘Wow what a difference. I desperately need to do this in my kitchen but there are way too many tiles!’ one woman said.

‘I just tried this and it worked! Have never done it before, good for a deep clean,’ said another.

When one person commented that the hack will ‘erode your grout if you keep doing it’, Ms Meyer replied: ‘You don’t do it regularly, it’s a one time thing to remove build-up and then you simply maintain.’

Australian viewers urged her to buy special grout cleaner from Bunnings, but Ms Meyer said she was sorry to reveal that the hardware giant does not have any stores in the US.