The idea of fitness for its own sake has never appealed to me.

I’ve always been one to favour the weights room over a run – because even the word ‘cardio’ sends shivers down my spine.

So when the chance came for FEMAIL to try out fitness guru Kayla Itsines’ Bikini Body Guide – known for its gut-busting 28-minute workouts – I wasn’t exactly confident in my ability to commit to the program’s 12 week duration.

And because I don’t wear a bikini, why would I need a program to give me the perfect body to wear one?

But that was until I saw that Michael Fassbender actually toned up for his his role in X-Men: Dark Phoenix by working out using the app – and he looks pretty good. 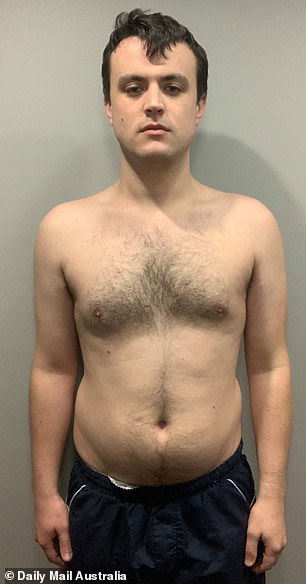 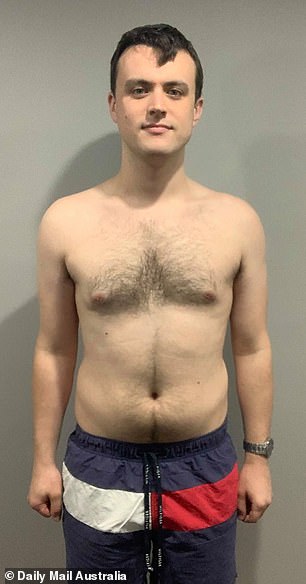 When I started the BBG experiment in July, I weighed in at 89.3kg (left) – 12 weeks later I was 85.1kg (right), but the changes were evidenced in more than just the scales number

While the number on the scales may have only fallen by the single digits, I’m the slimmest I’ve ever been and the love handles are all but gone

THE RESULTS: BODY METRICS BEFORE AND AFTER

I started my new lifestyle on July 1 weighing in at a hefty 89.3kg, with a body fat mass of almost 25 per cent landing me firmly in the overweight category.

Raised leg sit up and twist

But skip forwards three months, and while the number on the scales may have only fallen by the single digits, I’m the slimmest I’ve ever been and the love handles are all but gone.

The data says I have only dropped down to 85.1kg, but I feel fitter, fresher and more energised.

My body fat mass, it’s worth saying, has also dropped by almost a quarter.

I may not have a six-pack yet, but a browse through Itsines’ customer testimonies on her Instagram page shows it can take a year of toil to reach those results.

It all began by downloading Itsines’ SWEAT app – which at $19.99 is about half the price of a basic monthly gym membership – and selecting the Bikini Body Guide routine.

The simplicity of the BBG workout is you need little more than your own body weight, a pair of dumbbells and a yoga mat to complete the exercises.

I did my workout sessions in a gym, but I’ve found more recently I could do almost all of the exercises in my living room and replace the dumbbells with a heavy box. 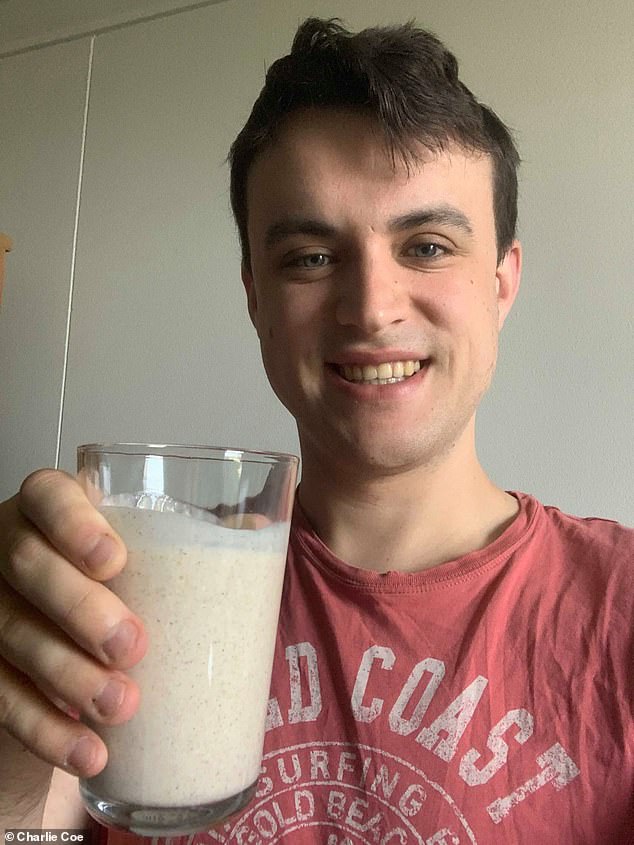 When it came to diet, I found myself choosing about four or five of my favourites from Itsines’ recommended foods and rotating them each week (pictured me with the banana, milk, yoghurt and oats smoothie, which became my morning regular during the program) 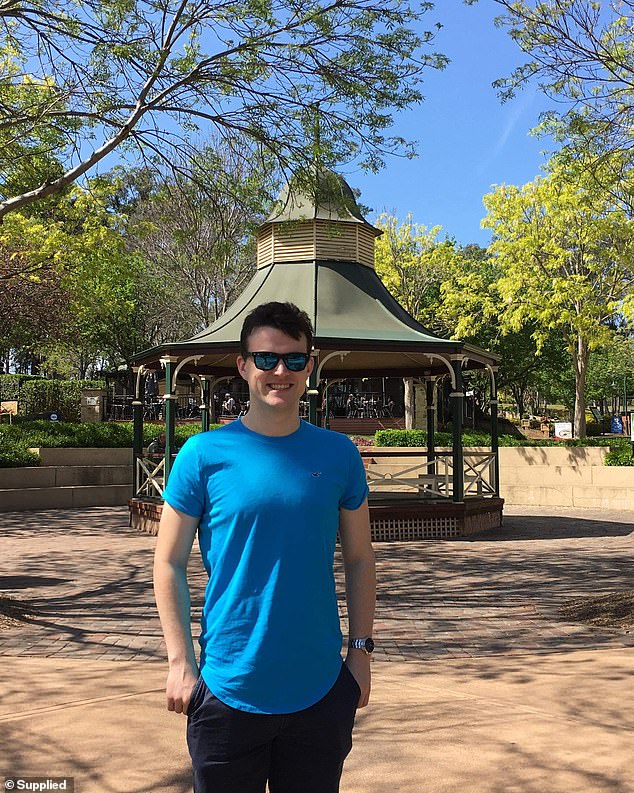 I hadn’t told my Mum I was trying to lose weight for a story, but I almost gave the game away when she saw a picture of me on a weekend holiday to the Hunter Valley around the end of the 12 weeks looking trimmer 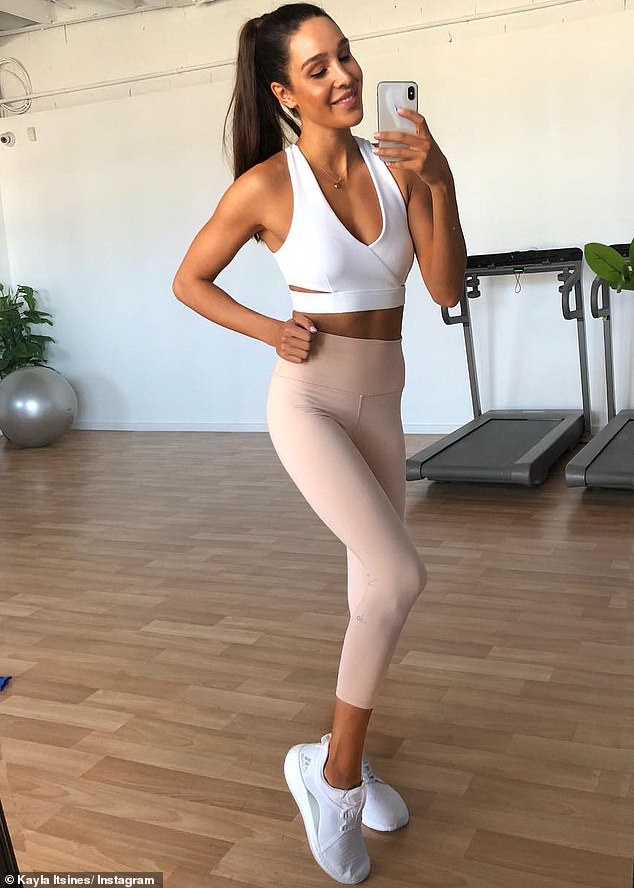 Itsines’ (pictured) $19.99 Sweat app features a combination of punishing 28-minute workouts – to be completed three times a week – and a flexible meal guide

What does Kayla say about men doing the BBG program?

Kayla Itsines: Can men use the BBG? I love this question, I get asked it A LOT. It normally follows with “oh good because he uses it anyway”.

Although I focus my attention on women only, the answer is YES, men can use BBG. There are a lot of athletes that tell me they use BBG in their off-season to keep fit!

I won’t embarrass anyone by mentioning names, but yes ladies, your boyfriends, sons, husbands, friends – whatever, they CAN use BBG if they want to, it’s something that is super fun to do together!

Plus what’s even more fun is watching them lay down on the floor after 7 minutes while you stand above them and say “seeeee it’s not as easy as it looks”.

NOTE: For men who are looking to give the programs a go, they recommend making some slight alterations to better suit. For example, increasing the equipment weight.

Men will also generally need to consume more calories than women and can also have different nutritional requirements. Rather than following the meal plan that is available in the Sweat app, they recommend that men consult a healthcare professional to make sure they are following a suitable diet.

All the program asks for is 28 minutes of resistance training three times a week, and a less intense 35-minute run or jog on three other days – leaving you with a day of recovery.

Each 28-minute session features four HIIT (high-intensity interval training) exercises which you must complete as many times as you can in seven minutes. 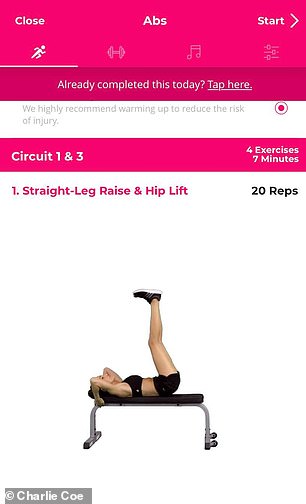 The $19.99-a-month app helps you through Itsines’ staple workouts with the helps of GIFs showing the fitness mogul doing the exercises herself

But kicking off the program on July 1 though, I was barely able to do a press-up, let alone get through all four exercises in the seven minutes allocated to each circuit.

With each passing day, though, the workouts got that little bit easier.

By week three, I could get through the 15 reps of push ups in the ‘Arms and Abs’ workout without stopping and I was starting to see visible results.

The trademark paunch my partner and family had become used to smacking and saying ‘Look at that belly!’ was fast disappearing.

On top of that, I generally had more energy throughout the day even after a day of work.

A large part of that came down to the hundreds of recipes available in the Sweat app.

While the nutrition plan in the app sets out step by step which meals to have, I found myself choosing about four or five of my favourites and rotating them each week.

My one complaint with the app would be you have to go through each day to find the recipe you are looking for, rather than them being put into a list for convenience.

The main difference between my diet before starting my diet was portion sizes; Kayla’s recipes used only 60g of rice compared to my normal 100g. 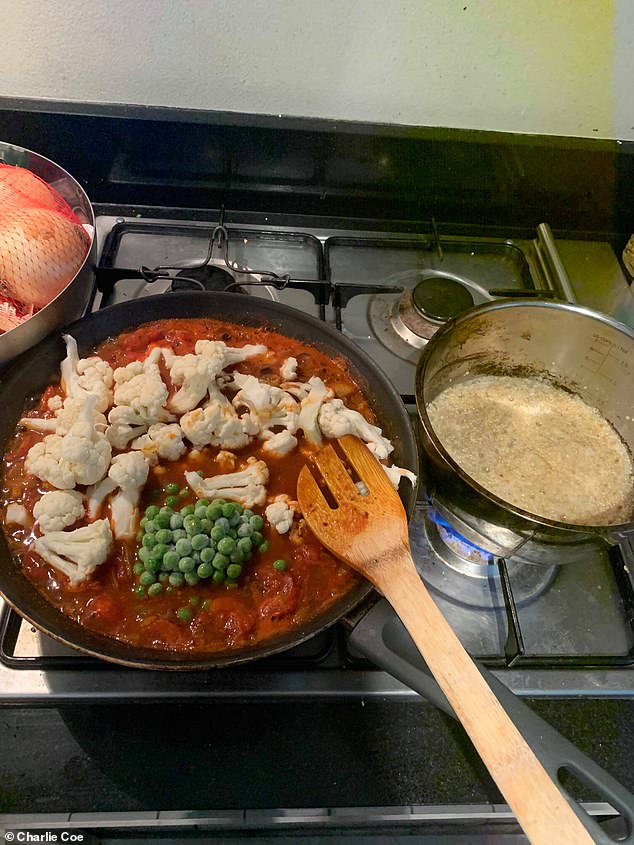 The main difference between my diet before starting my diet was portion sizes; Kayla’s recipes used only 60g of rice compared to my normal 100g (pictured in this cauliflower curry meal from Itsines’ curry guide I replaced brown rice for quinoa, which has slightly more protein and slightly fewer carbohydrates)

My new program also cut out the sugary snacks I had enjoyed before  – the packet of chips was gone and replaced with cheese and tomatoes on Cruskits rye bread.

A TYPICAL DAY ON A PLATE ON THE BIKINI BODY GUIDE

The fridge my partner and I share also looked a lot different.

No more were there cheap packets of ham and salami and sugar-laden orange juice bottles – instead replaced with a sea of green, with cauliflowers, broccoli, celery.

Unlike most health programs, there were no banned foods and bread was still allowed – albeit in rye form.

Itsines makes a point of not excluding certain food types from your diet or starving yourself at any point.

She even encourages ‘cheat windows’ where you can eat your calorific sugar-heavy treats in a 45-minute time frame.

I found this helped me have goals when putting myself through the grueling workouts, whether that be the prospect of a beer on a Friday or just not caring what I ordered when eating out at the weekend.

With the (moderate) success of the program behind me I definitely plan on continuing my new health kick into the near future.

While I likely won’t be dedicating six days a week to exercise, I’ll continue with the 28-minute sessions three times a week and keep some of the recipes up my sleeve. 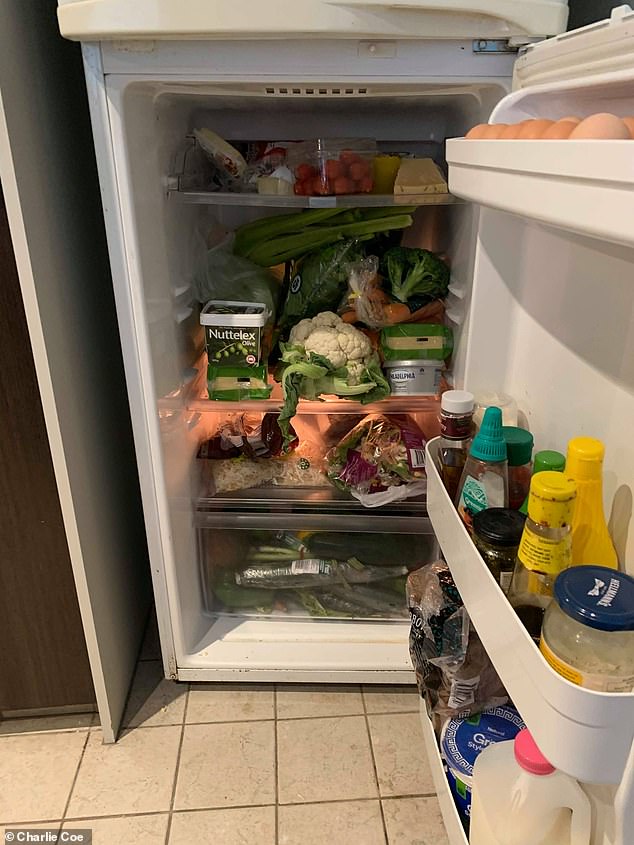 Long story short, men shouldn’t be put off by the female-centred name of the program.

So to respond the question of whether the Bikini Body Guide can work for men, I guess the answer is simple – why not?

Happy Hours at Work – How to Stay Happy When Undergoing Diligence