‘Meddling’ Australian parents are at the heart of a heated debate about interfering in your children’s business – and it’s divided the country.

A father from South Australia asked members of Facebook community group for advice on his 23-year-old son, who recently bought and furnished a house with ‘some help’ from the bank of mum and dad.

The man said they will help their son to renovate the property in the ‘near future’ – but have grave reservations about the intentions of his live-in girlfriend, who they suspect is using him as a ‘meal ticket’ and ‘cash cow’.

To protect their son, who would be legally obliged to divide his assets with his de facto partner if their relationship broke down, the dad ‘downloaded a tenancy agreement’ to frame his girlfriend as a renter in the eyes of the law. 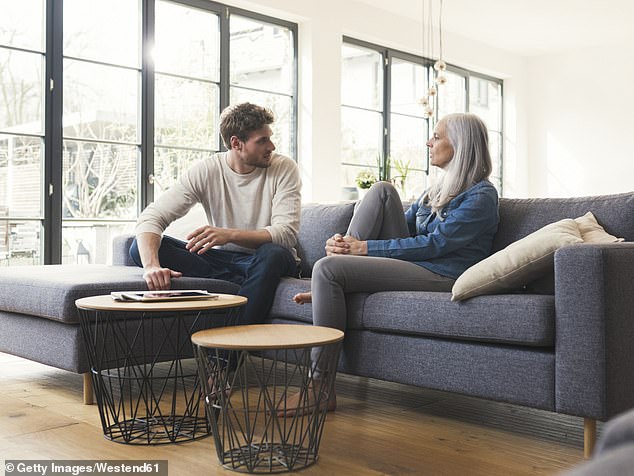 ‘I apologise if this sounds nasty and judgmental but it seems to be a reasonable character judgement at this stage,’ the father wrote.

‘My question is what can we do to protect his assets to ensure – if the de facto relationship breaks down – he won’t lose any part of his house or savings from his account?

‘I have downloaded a tenancy agreement but any advice would be appreciated.’

The post, which has racked up 423 comments since it was shared on November 25, has sparked some passionate responses.

Many urged the man to ‘back off’ and allow his son to ‘take responsibility for his own life’.

‘Sounds like your son and his girlfriend have some sorting out to do. You are a bit of a third wheel and you really won’t have much say if push comes to shove,’ a man from country Victoria wrote.

Do you think parents have a right to interfere in their adult children’s affairs?

‘If it were my son or daughter, I would be backing off on the financial support until I was more comfortable and confident with the partner – after all, it’s your money, not his.

No doubt you will both do some dough if it doesn’t pan out. We are talking about a 23-year-old man – let him take responsibility for his own life.’

A Geelong woman agreed, raging: ‘If it was my parent posting this, I would be furious.

‘This is overstepping boundaries with your adult son, any financial help you have provided out of love remains his to do with (and split with) who he pleases.’

A Tasmanian man added: ‘This post is a relationship destroyer for all concerned.’

But others felt the tenancy agreement was the safest course of action.

What legal rights do I have in the break up of a de facto relationship in Australia?

In Australia, couples in a de facto relationship have generally the same rights as a married couple when it comes to division of property. The same applies for same sex de facto couples.

Since March 1 2009, parties to an eligible de facto relationship which has broken down can apply to the Family Court or Federal Circuit Court to have financial matters determined in the same way as married couples.

Parties must apply for de facto financial orders within two years of the breakdown of the relationship.

‘This could be the beginning of the end of your son’s financial future unless you take action so I’d spend money on a solicitor and take professional advice,’ one man replied.

‘I know a lot of “good guys” who lost all they had because of gold diggers so do the right thing now and protect his future.’

‘Yes, I would get her to pay rent as a tenant each week and have her sign a professional agreement,’ a woman added.

A second offered the most blunt advice: ‘Just be careful.’