Honesty is always the best policy, and when it comes to getting your message across, these brutally truthful children pull no punches.

Hilarious photos from parents across the globe, collated by Shareably, reveal how some youngsters really know how to tell it like it is.

One child openly admitted that while she was thrilled with her older brother,she would have preferred a puppy, while another vowed to ‘break his family’ unless he was let outside.

Another forthright child said he would ‘never forgive’ his parents if they cut his hair, while a mini critic left a note on the apple juice in the fridge to say it ‘tastes horrible’. 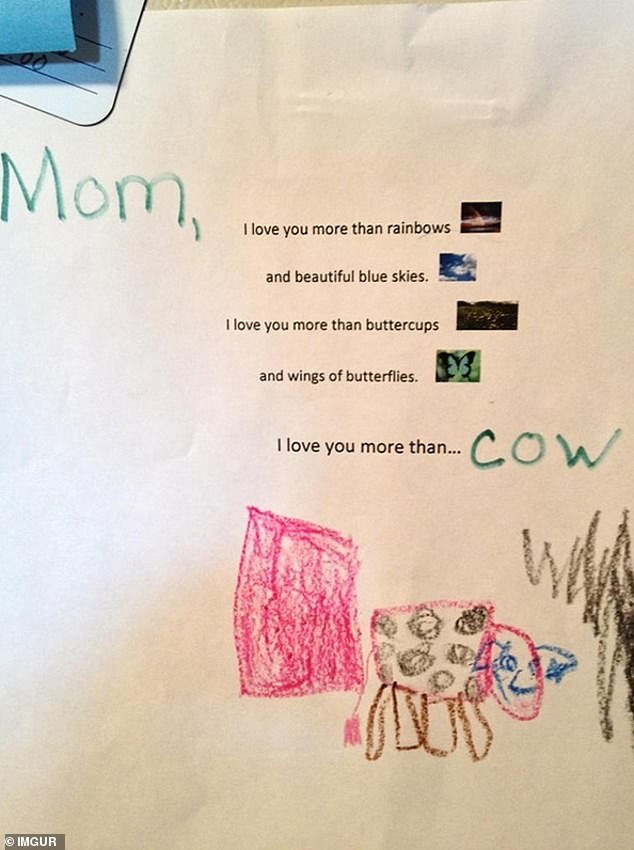 Moo-ving! This child, from the US, wrote his mother a poem where he told her that he loves her more than a cow 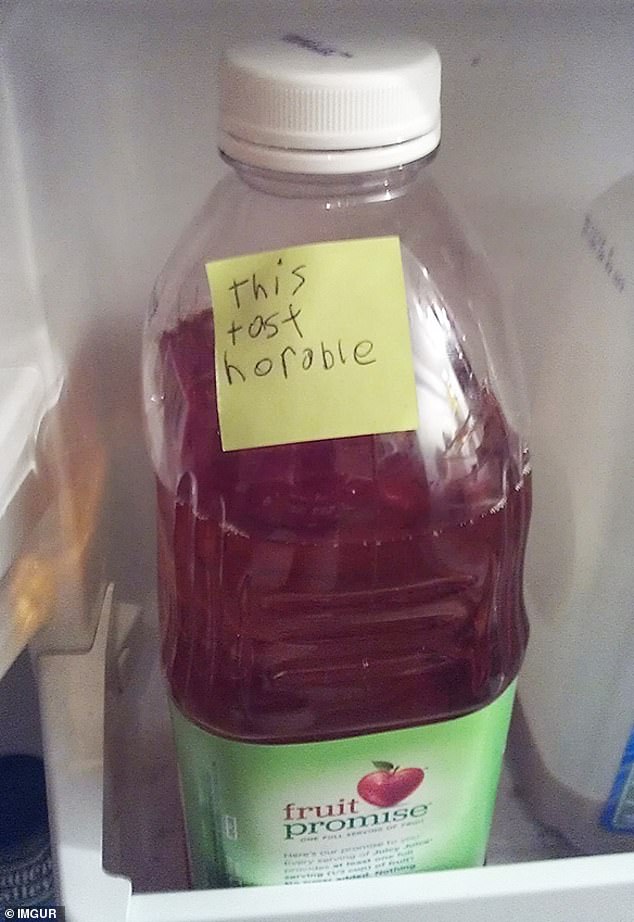 Not a fan! This child, from the US, made sure his parents knew not to buy this brand of juice ever again 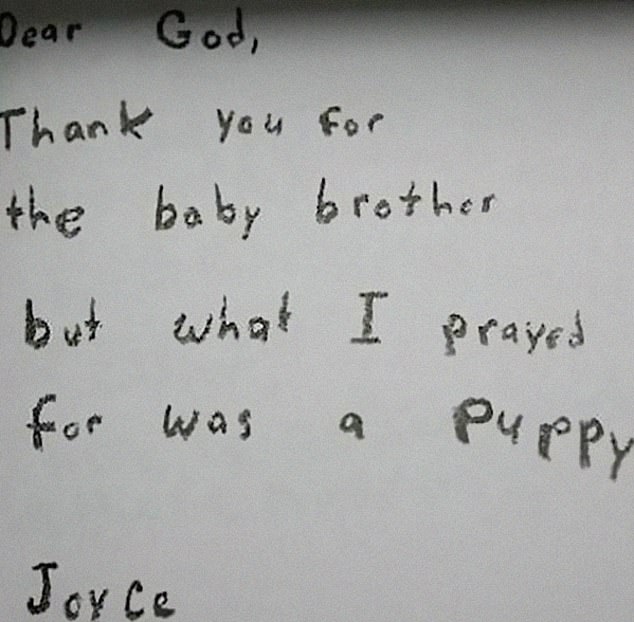 Second best! Joyce, from an unknown location, wrote a strongly worded letter to god complaining that although her baby brother is good, a puppy would have been better 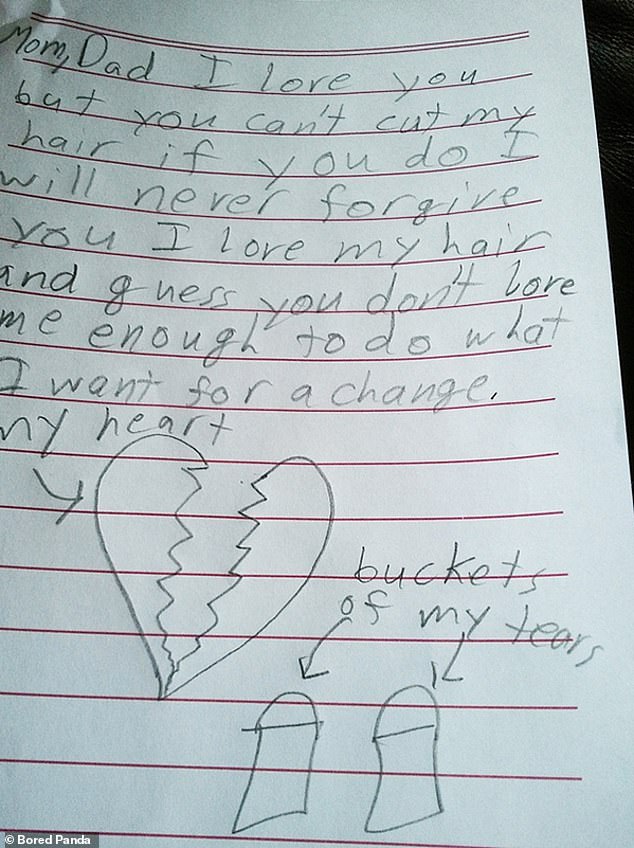 Hairy situation! This child, from the US, admitted that while he loves his parents, he loves his hair more and would never forgive them if they made him cut it 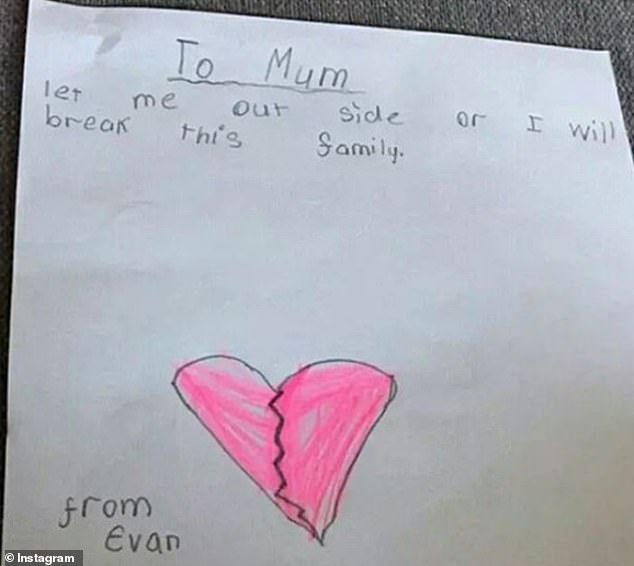 Threats! Evan, from the UK, told his mother that if he wasn’t allowed to go outside, he would start causing serious problems 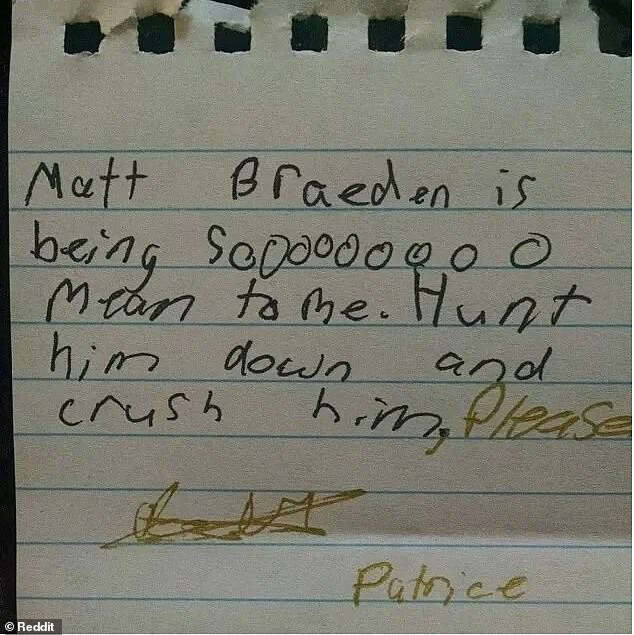 Extreme! Patrice, from an unknown location, made her intentions very clear after one of her classmates was mean to her 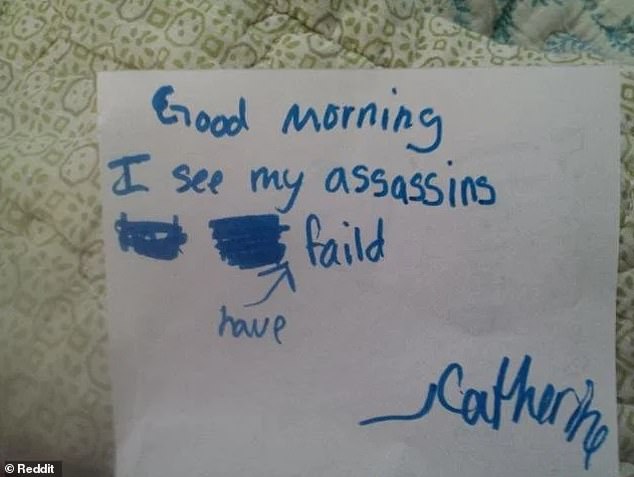 Disappointing! Catherine, from an unknown location, was dismayed to see that her assassination attempt had failed 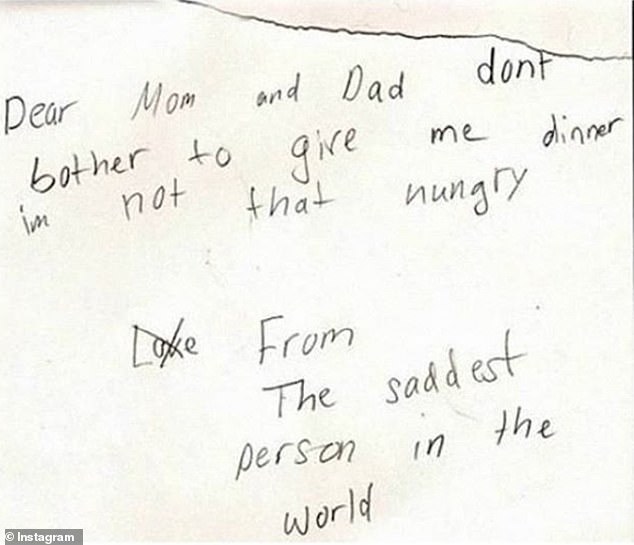 Rejected! This child, from an unknown location, took away his ‘love’ from a card before branding himself the ‘saddest person in the world’ 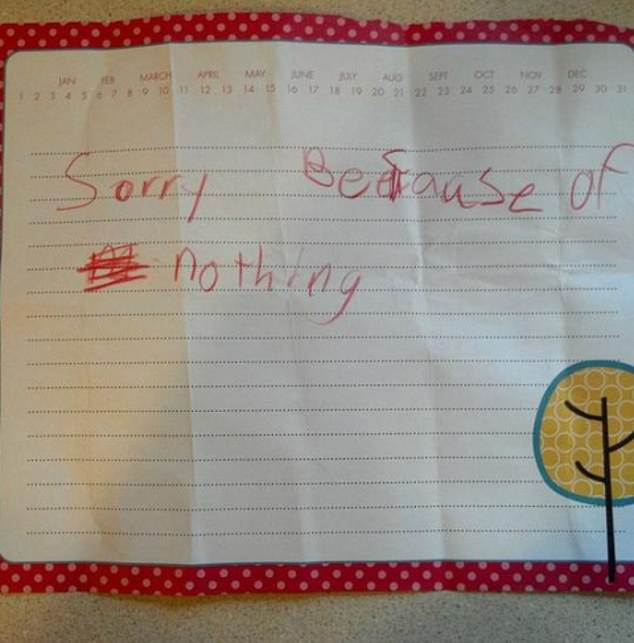 Sorry not sorry! This child, from an unknown location was adamant that they had not done anything wrong int heir apology letter