Many of us have photographs that we hope will never see the light of day – but these brave social media users were bold enough to put their cringe-worthy childhood snaps online.

Bored Panda collated a selection of viral photographs people from around the world have shared from childhood, including outdated outfits worn to prom and awkward smiles.

One snap shows a man who grew up in Detroit in an outfit imitating Eminem, complete with bleach blonde hair.

Elsewhere, a woman shared a snap of herself attending high school wearing multiple belts because it seemed cool at the time. 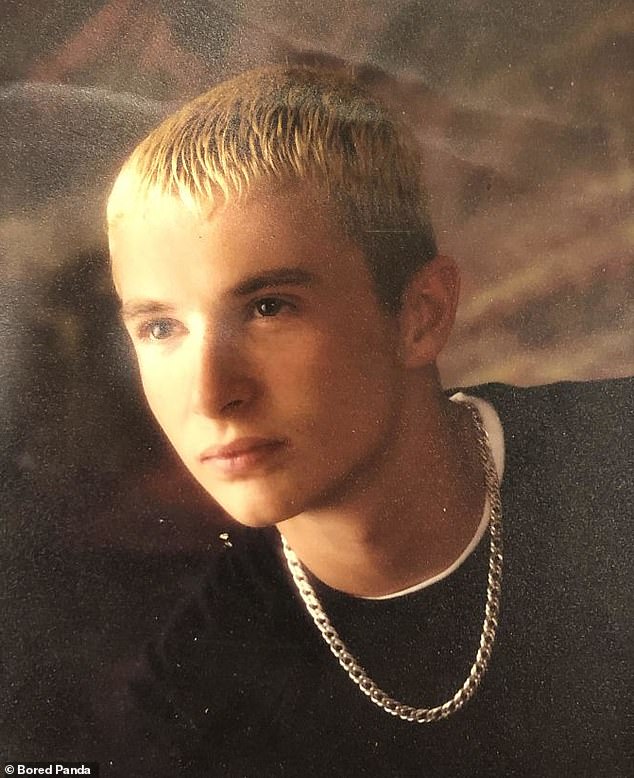 Bored Panda rounded up a selection of hilarious childhood photographs that have gone viral on social media, including a man from Detroit who imitated Eminem 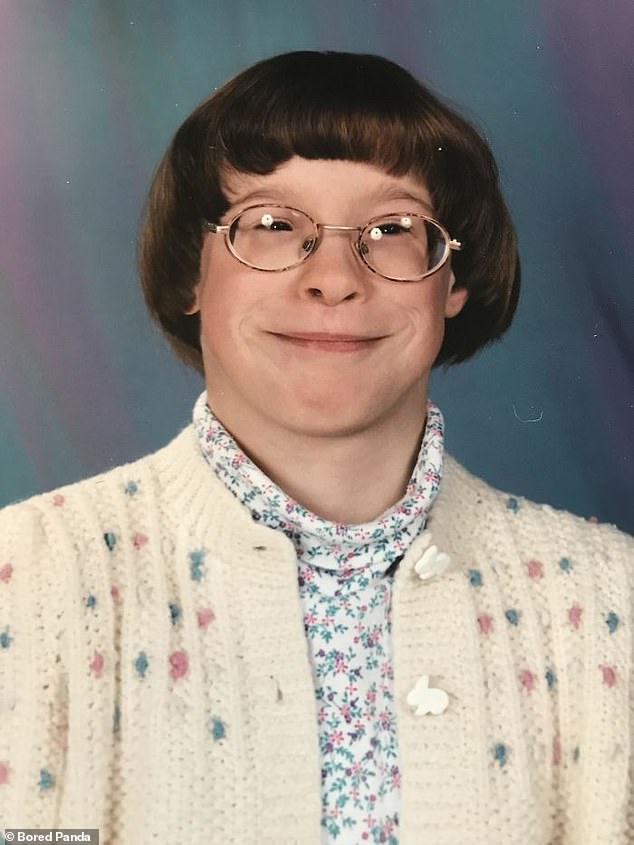 One person who didn’t disclose their location, compared their school photo to a 60-year-old librarian because of their knitted cardigan and turtle neck 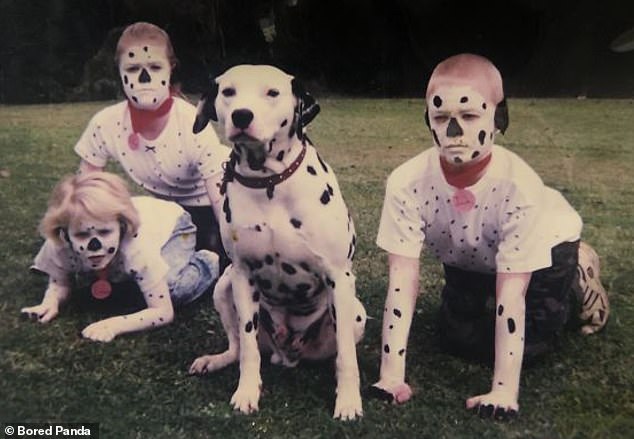 Barking up the wrong tree! Another individual believed to be from the U.S, said they were forced to join a ‘pet look-alike’ competition with their siblings 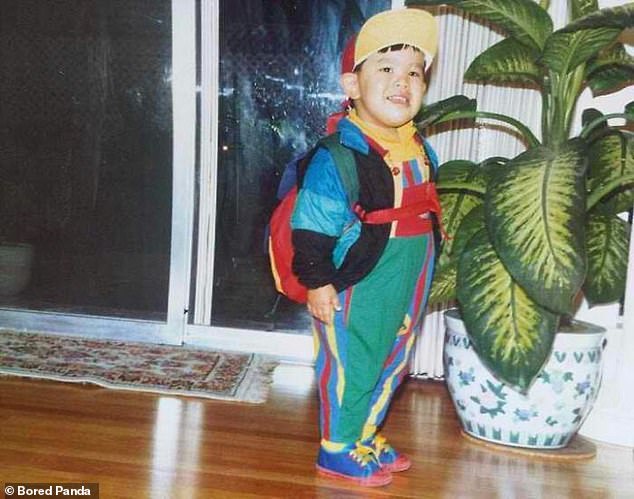 A man from an undisclosed location, revealed his mother styled him in multiple colours because she wanted him to be easy to find when she came to collect him from school

One woman shared a photograph of her husband taken when he was aged 20, admitting that he was reluctant for the snap to resurface 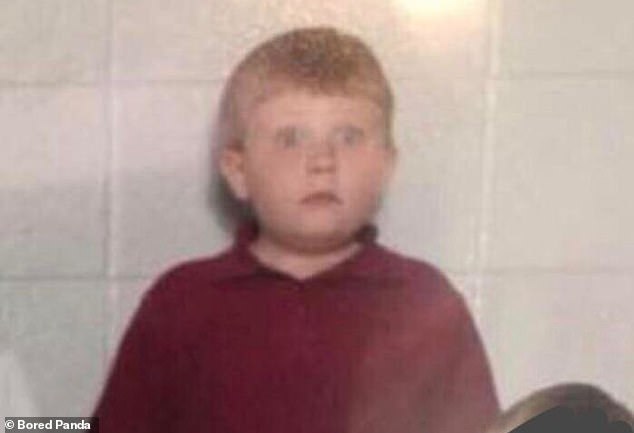 Keep your eyes peeled! A man believed to be from the U.S, said his hilarious 2nd grade class picture is the result of being told not to blink by his mother 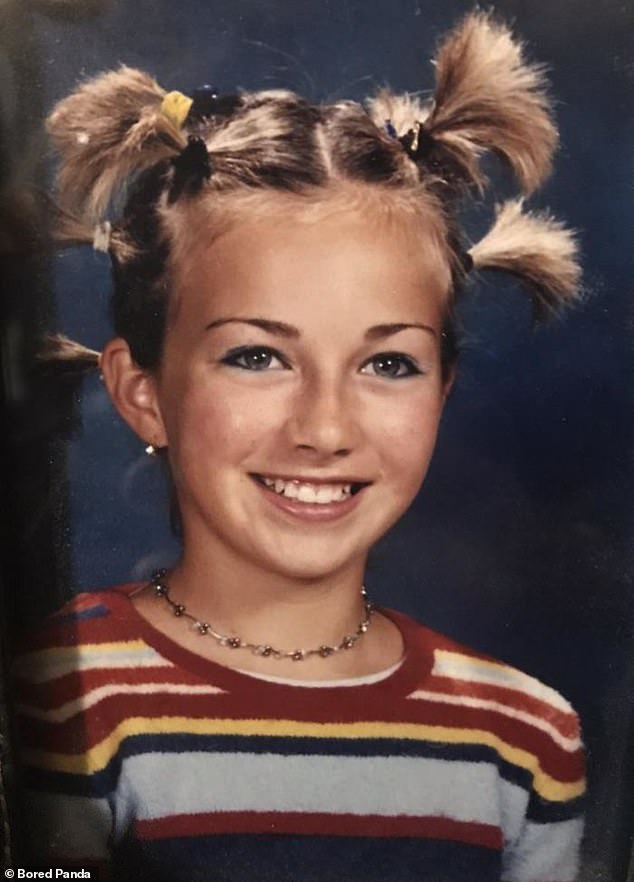 A woman shared her bizarre hairstyle in a snap from 2002, admitting she has no regrets despite her mother saying one day she would 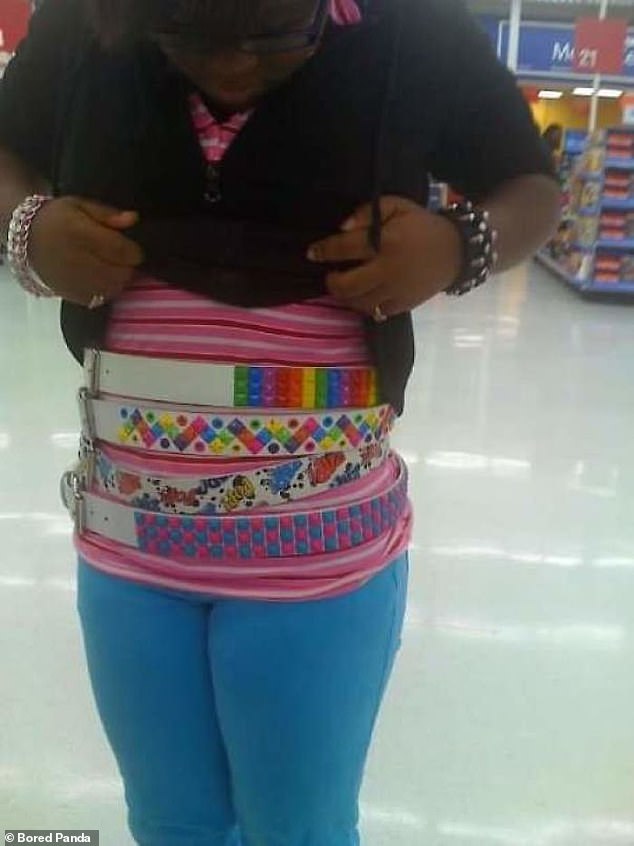 Another woman believed to be from the U.S., said she went through a phase in high school where she believed the more belts she had, the cooler she looked 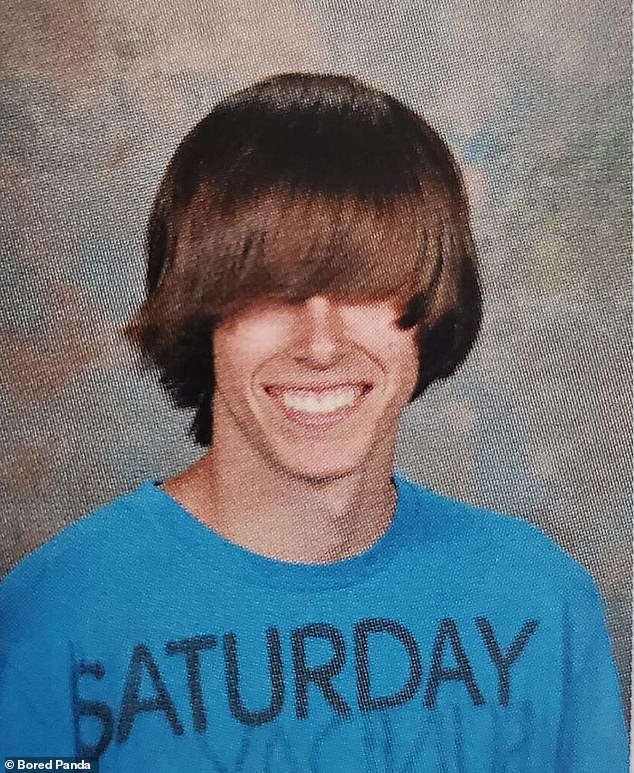 Bad hair day? An American woman contributed a snap of her boyfriend taken when he was in 10th grade, revealing the photo made his mother cry 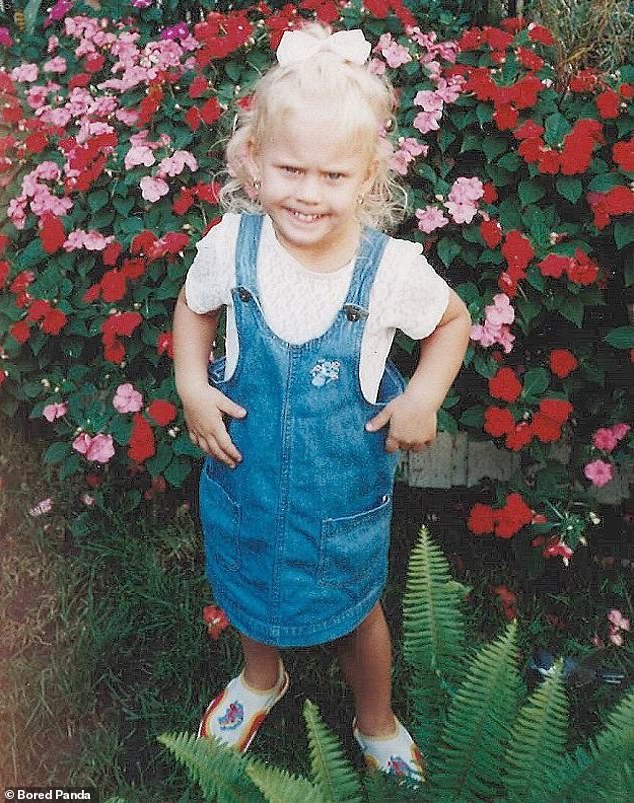 One woman who didn’t share her location, said she channeled Jim Cary when she tried to smile for a photo in her garden 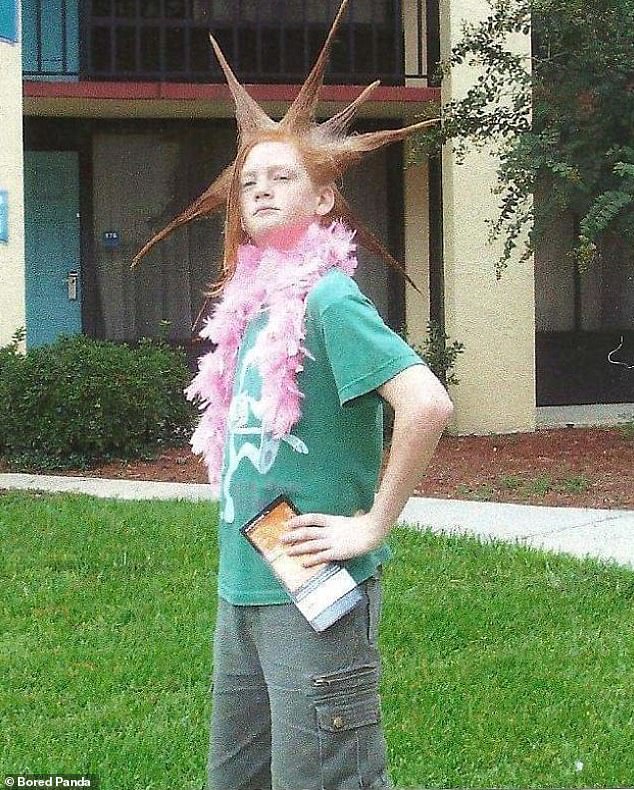 Inspired by Good Charlotte? A man based in the U.S, explained that he thought his 8th grade hairstyle was cool and even wore the look to a Christian concert 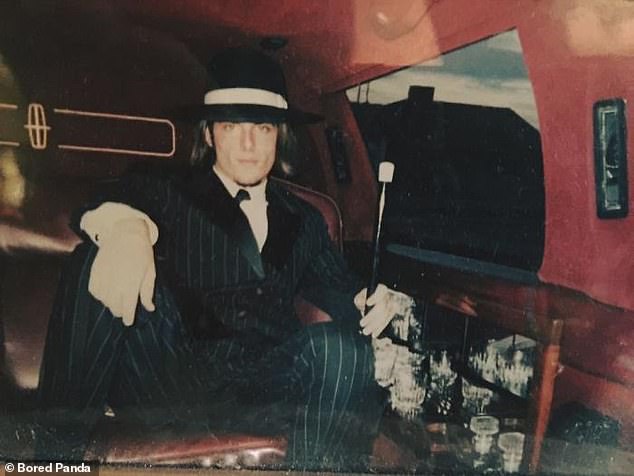 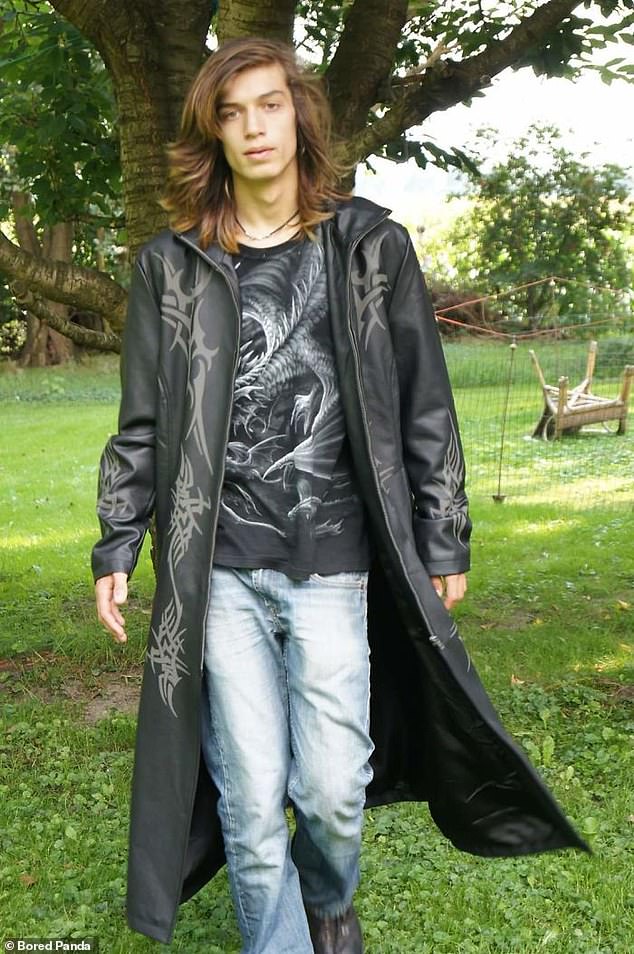 Another man who grew up in the U.S, said he had a photo shoot with his mother because he thought being the ‘weird kid’ made him seem cool and mysterious 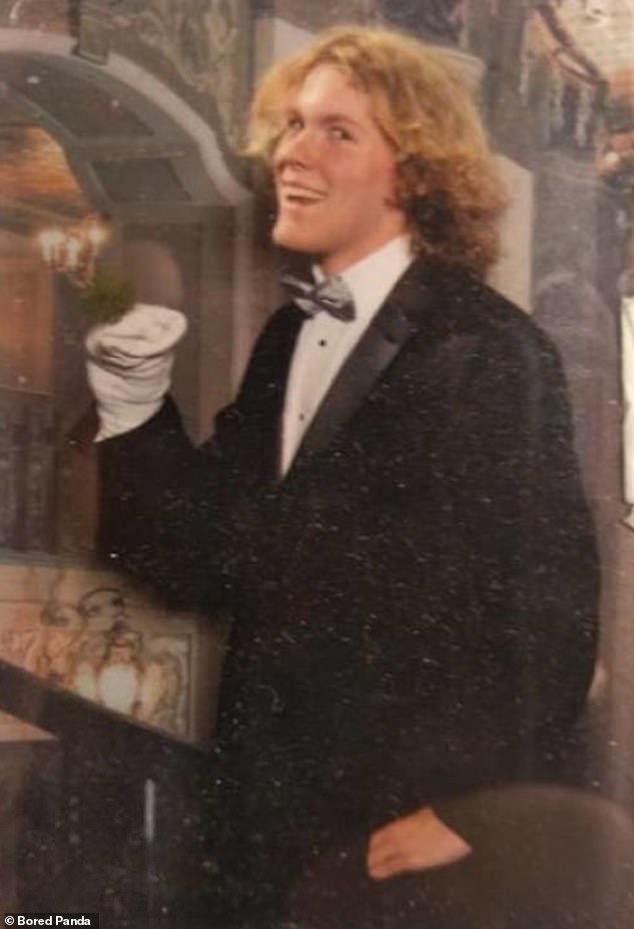 Alone but not lonely! A man who was dumped a week before his prom made a sock puppet to bring as his date, after his mother insisted that he go to take the photos she had paid for 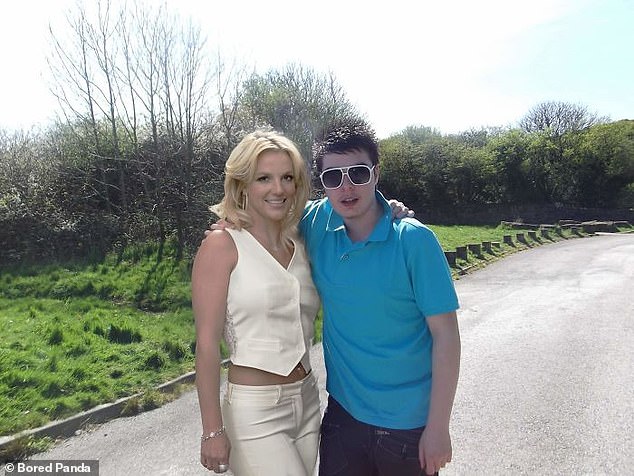 Another man in an undisclosed location, used Photoshop to replace his father with Britney Spears in a snap taken when he was aged 14 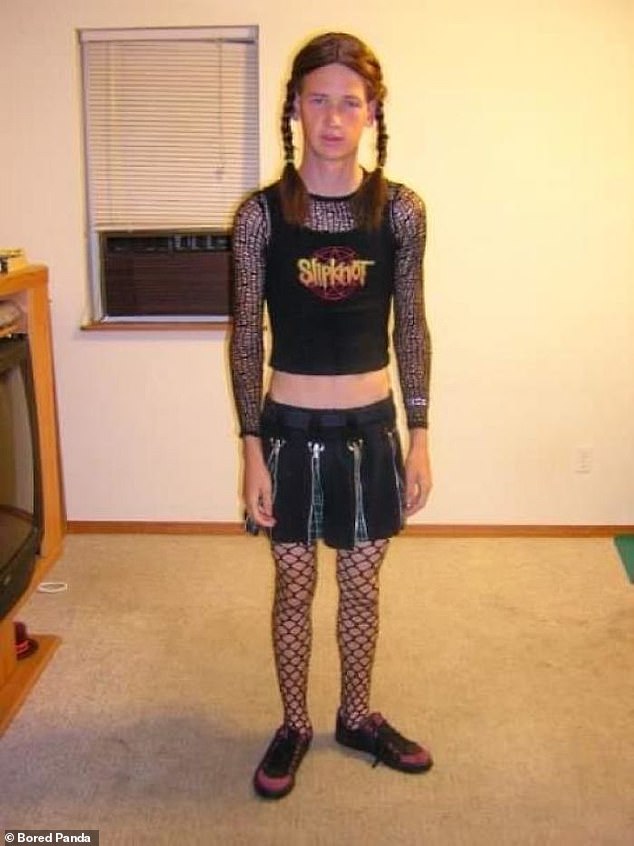 A man who grew up in Idaho, dressed up as a girl for his school’s ‘opposite day’ in 2005, meanwhile most of the other students opted for wearing black and white