For just $9.50, Australian diners will be able to order the ‘brekkie bundle’ which includes a burrito, a regular coffee and a hash brown. 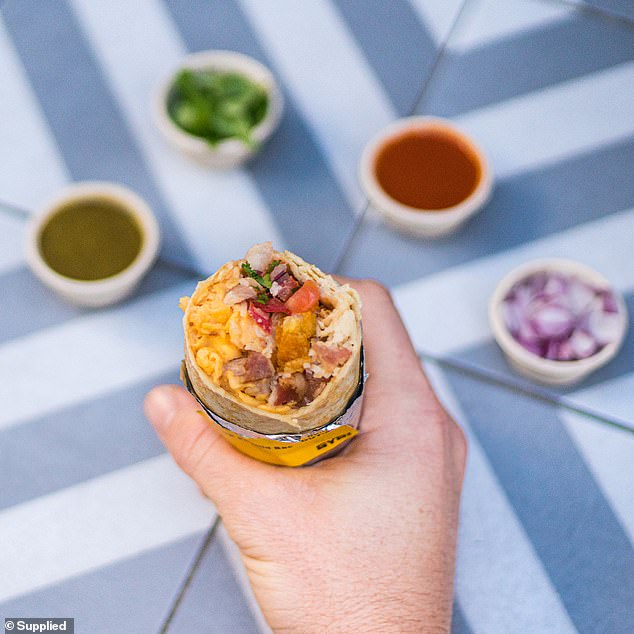 ‘Everyone knows that a double hash brown is how to wake up – one in your burrito and one in your hand, so Guzman y Gomez is here to make your week even sweeter with a brekkie bundle,’ the chain said.

Other breakfast items include freshly made guacamole or avocado on toast from $3 per slice, quesadillas, scrambled egg bowl, and $2 barista-made coffee.

The sweet breakfast option comes with fresh bread cooked with an egg, cinnamon sugar and Dulce De Leche on the side for dipping or to be drizzled on top. 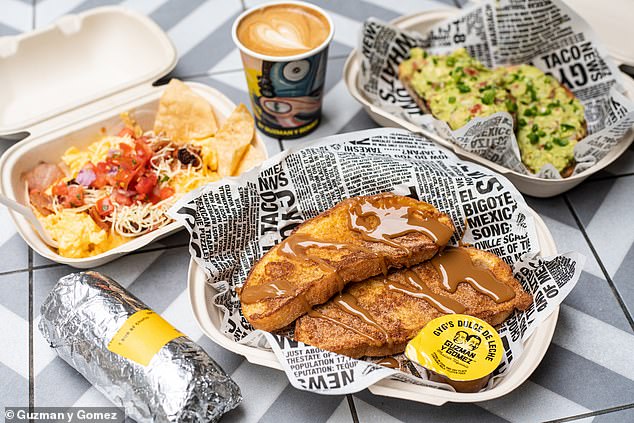 The new breakfast burrito comes just months after the chain launched a churro-style French toast with fresh bread cooked with an egg, cinnamon sugar and a thick caramel sauce

Customers can enjoy the new creation guilt free as it contains no added preservatives, no artificial flavours, no added colours and no additives.

‘We put Churro Toast into a couple of restaurants as a trial and sales exploded, it’s just that good,’ Steven Marks, GYG Founder and CEO said.

‘Imagine fresh French toast sprinkled with our cinnamon sugar and topped with Dulce De Leche sauce that tastes as good as it looks. The feedback we’ve received from guests has been mind blowing.

‘The toast is truly another uniquely GYG addition to our growing breakfast menu.’