Author Sophie Dahl says she is ‘scared’ of social media because it is so full of ‘shouting’ and leaves no room for people to make mistakes.

The 42-year-old, whose is the granddaughter of children’s author Roald Dahl, said it ‘frightens’ her that there is no space for people to ‘actually have conversations’.

The former model said in order to have conversations about race in response to the death of George Flloyd, people ‘have to listen’ and remain open.

Speaking on the Elevenses with Danielle Perry podcast, Dahl also revealed she has struggled with the pressure of her grandfather’s legacy as an author – but says she’s coped by having a sense of humour. 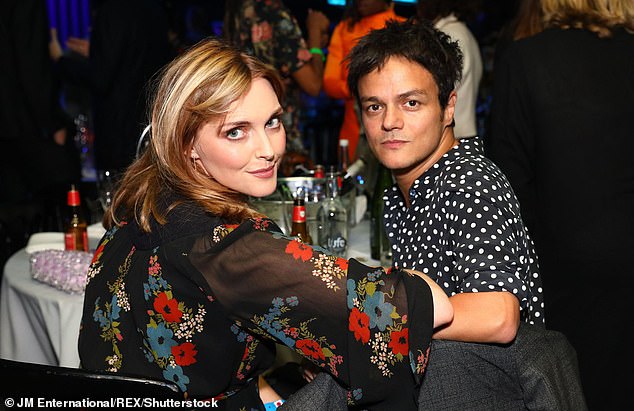 British author Sophie Dahl, 42, said she struggled with carrying the legacy of her grand-father Roald Dahl (pictured with her husband Jamie Cullum in London in 2019)

Dahl, who has more than 100,000 followers on Twitter and Instagram, said: ‘I’m quite scared of the lack of nuance that I think invades so much of our interactions with people.

‘Nowadays there is a lack of discourse and there is a real lack of space for people to actually have conversations – there is so much shouting.

‘It frightens me that people don’t have a chance to make mistakes and get things wrong.’

Dahl, who has spent lockdown at home in Buckinghamshire with her husband jazz singer Jamie Cullum and their two daughters, continued: ‘When we were young, there wasn’t social media so actually there was the space to figure things out and there’s so much less so now. 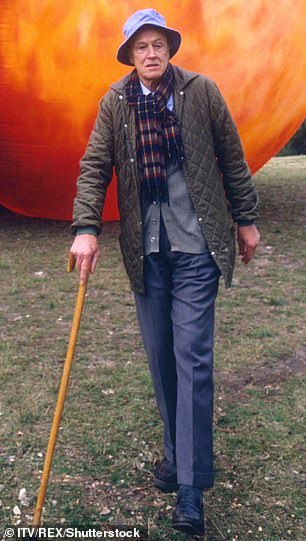 Speaking about how the Black Lives Matter protests have sparked debate, she said: ‘In order to have the conversation, people have to listen. I think that’s the biggest part of it.

‘I think that just remaining curious and open and being able to self-examine is the key to so much of it.’

She added: ‘When I talk about nuance, I think what an amazing time this is in terms of things coming to light and people having the conversation. My hope is that the conversations carry on, that it isn’t short-lived.’

Speaking about whether she felt intimidated by her grandfather’s legacy when she decided to write children’s books, Dahl said: ‘I’ve thought about this a lot.

‘I think if I allowed that legacy to [make me feel cowed] or if I took on the weight of that legacy I wouldn’t get out of bed. It’s one of those things that I’ve had to have a sense of humour about. I’m lucky that I’m a generation removed.

‘I think he occupied such a space of his own and I think the beauty of having him in my family is actually above all, my family’s language was the language of storytelling and that’s the legacy I feel that I got rather than a sort of legacy of “Oh god, I can’t do this”.