Gordon Ramsay has slammed an amateur cook for ruining a steak by smothering it in a thick layer of butter.

The celebrity chef, 53, has taken to TikTok in recent months to post review videos of various ‘influencer chefs’ who try their very hardest to impress him.

In his latest video response, Gordon can be seen watching an amateur chef, from an unknown location, attempt to cook a rib-eye steak.

While the cut may be Gordon’s favourite, he is left horrified when he witnesses one side of the meat being coated in a thick layer of butter – and as usual, he doesn’t hold back in saying what he thinks. 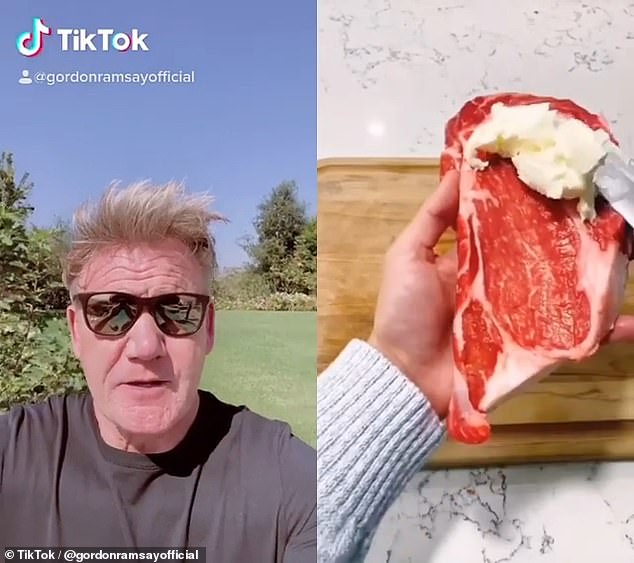 Gordon Ramsay (pictured, left), 53, uploaded a new video to his social media platform where he reacts to a home cook smothering his rib-eye steak in thick butter (pictured, right)

A repulsed Gordon says: ‘Hold on a minute, there’s so much fat on a rib-eye steak, why put all that butter on there?’

As the short clip progresses, the home cook can be seen sprinkling seasoning on top of the butter rather than the steak.

Gordon, who shared the video on his social media alongside the caption: ‘Would you like some steak with that butter?’ exclaims: ‘You can’t cook it like that!’ 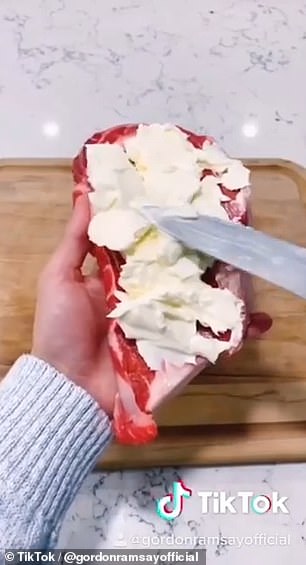 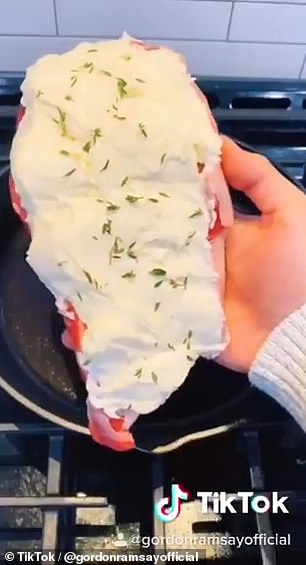 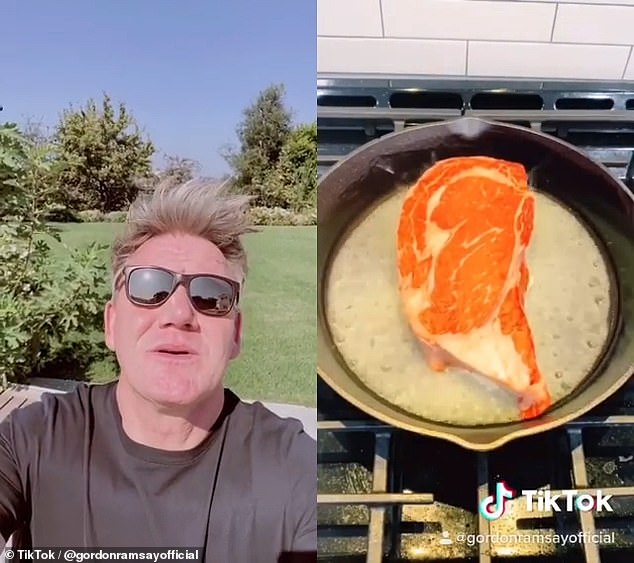 The steak is then placed in the red hot pan and the thick butter quickly melts away from the steak, leaving Gordon very disappointed

With only one side of the steak buttered and seasoned, the meat is then placed butter-side down in the piping hot pan.

A disappointing Gordon lets out one last ‘No!’ before raising his head into the air in frustration as the butter quickly melts into the base of the pan.

Gordon’s savage review of the rib-eye steak cooking technique was inundated with comments from amused fans – including one who claimed they wait every day for the chef’s reactions.

Another agreed with Gordon’s angered response at the bizarre cooking technique, saying: ‘So wrong in so many ways.’

A further replied to the video joking that the amateur chef should have tried adding some steak to their butter.

Fans of the celebrity chef were quick to praise the home cook’s harsh critique, with one person joking that he should have added some steak to their butter (pictured)