While lockdown means that department stores won’t be able to unveil their Christmas windows to shoppers, one retailer has become a surprise Facebook hit, attracting viewers from all over the world for its big reveal.

Based in Northumberland Street, Newcastle, Fenwick has gained a reputation throughout the years for elaborate window displays throughout the festive period including The Nativity and Arabian Nights.

Not wanting to put the tradition on pause despite the lockdown restrictions, the department store opted to live stream the unveiling of this year’s seasonal campaign on Facebook.

While 2,000 people usually turn up for the event in person, more than 250,000 tuned in to be among the first to glimpse the Window in the Willows-themed windows, with viewers from Australia, the USA, Thailand, the UAE, Canada, the BBC reports. 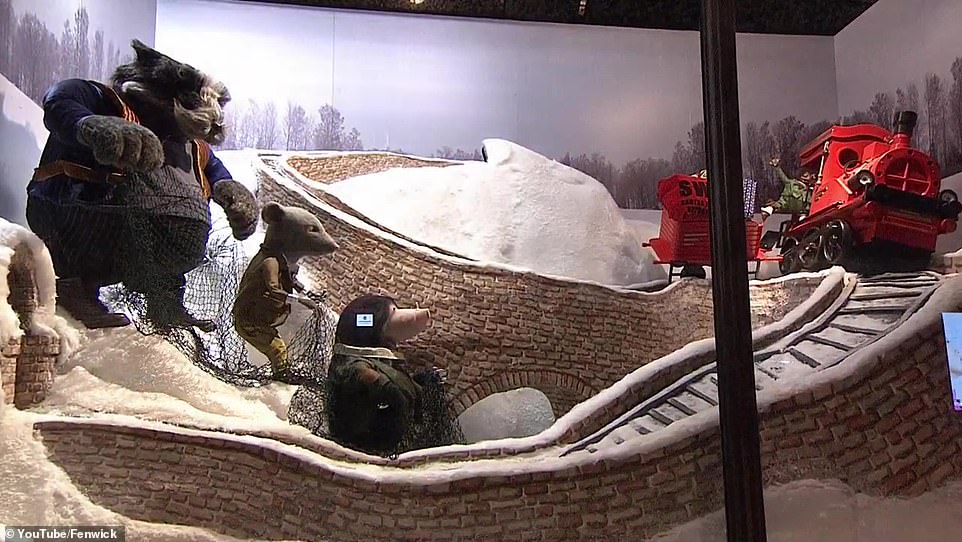 The department store in Newcastle chose classic children’s novel the Window in the Willows for its festive theme, featuring Ratty, Mole, Badger and Mr Toad (pictured) 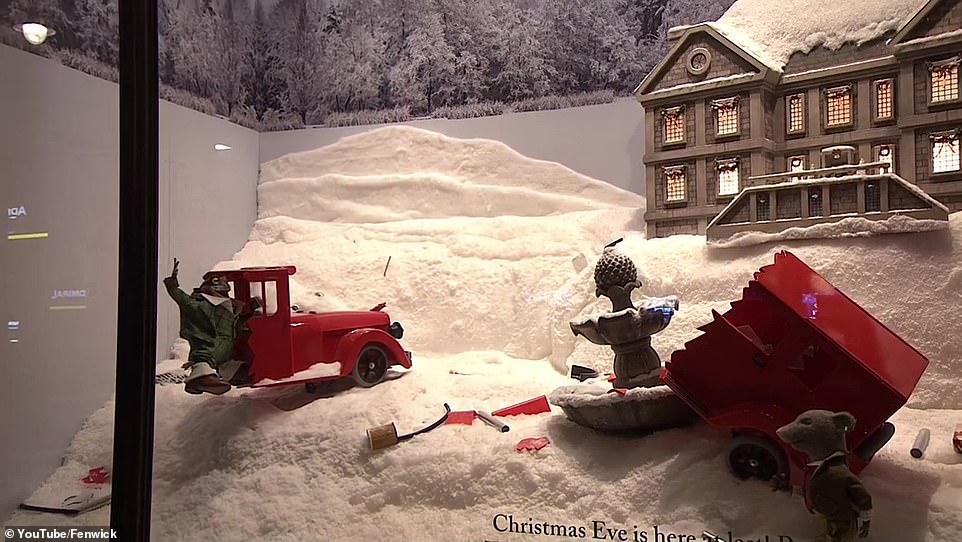 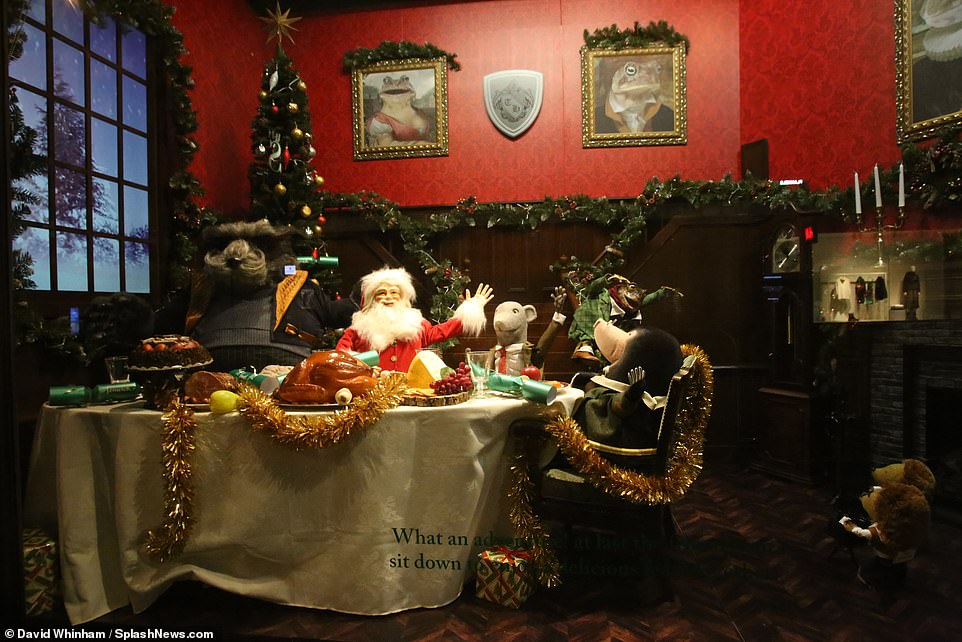 The display shows popular characters from the classic children’s novel including Mole, Toad, Badger and Ratty enjoying traditions of the festive season.

The Wind in the Willows penned by Scottish novelist Kenneth Grahame, shares the adventures of the animal residents who live in Toad Hall and was first published in 1908.

Having decorated their windows for almost 50 years, Fenwick typically attracts just 2,000 spectators in person each winter.

A spokesperson for the brand took gushed about the unexpected audience, saying: ‘We are delighted to welcome the Wind in the Willows to our 2020 Newcastle Christmas Window, as was revealed virtually to hundreds of thousands of eager viewers from Copenhagen to California, and Beirut to Blyth on Sunday 8th November via a festive Facebook Live.

‘We would like to extend a heartfelt ‘thank you’ to all those who joined us. Fenwick is underpinned by community and family, so being able to bring a little Christmas cheer into so many homes and hearts brings our hardworking teams a huge amount of joy.’ 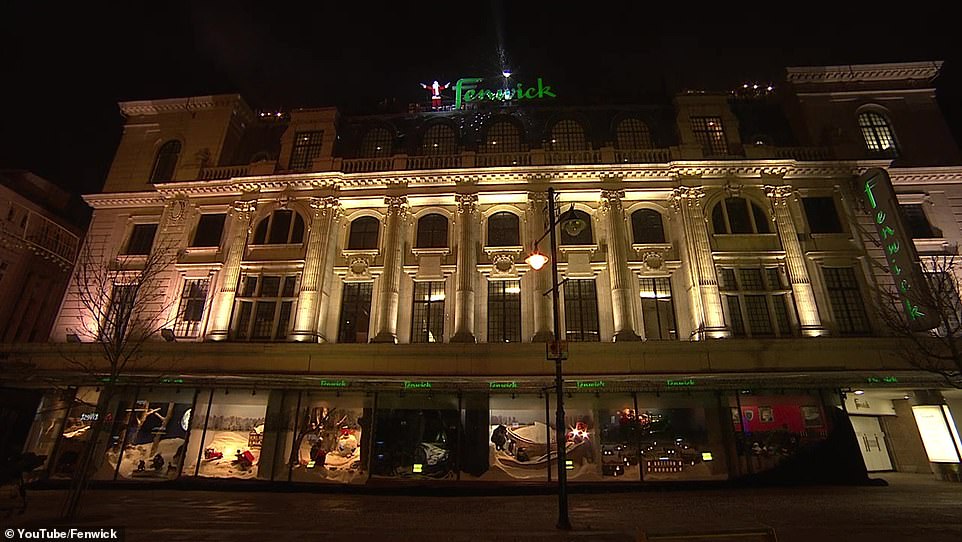 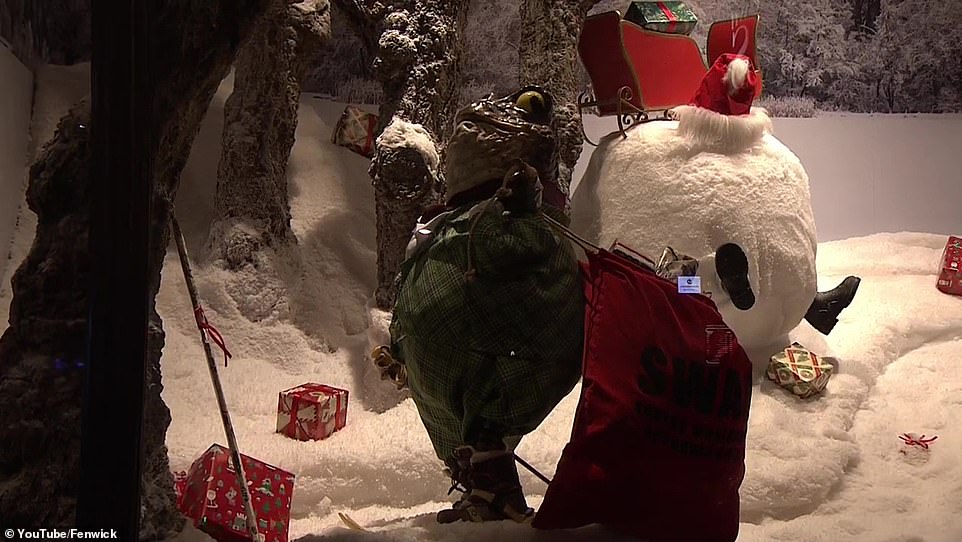 A Fenwick spokesperson has revealed the brand are pleased with the reaction from social media users to this year’s initiative. Pictured: Fenwick’s lockdown Christmas windows 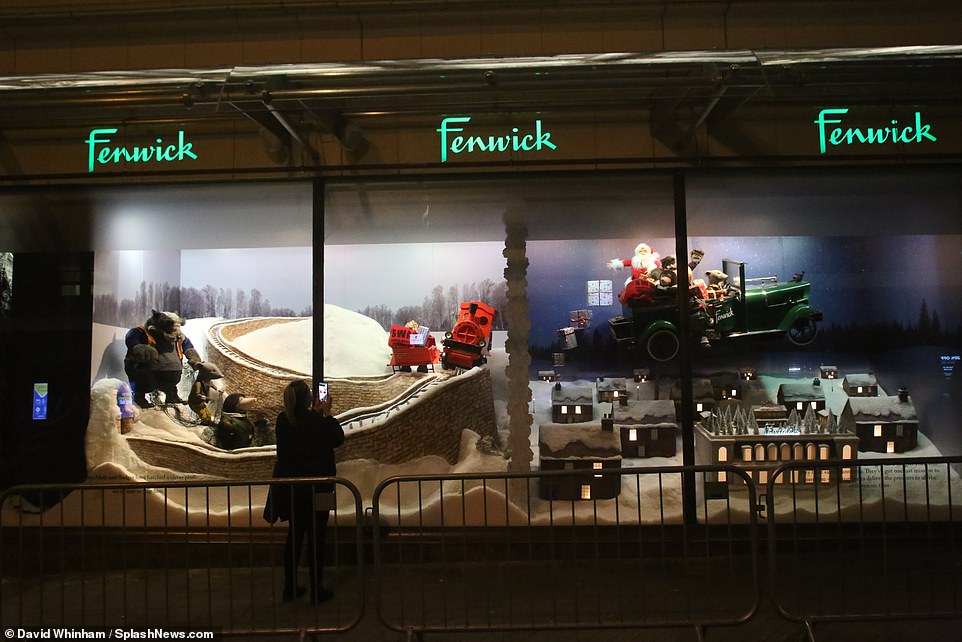 The Wind in the Willows penned by Scottish novelist Kenneth Grahame, has remained a popular read for children throughout the years. Pictured: Fenwick’s windows 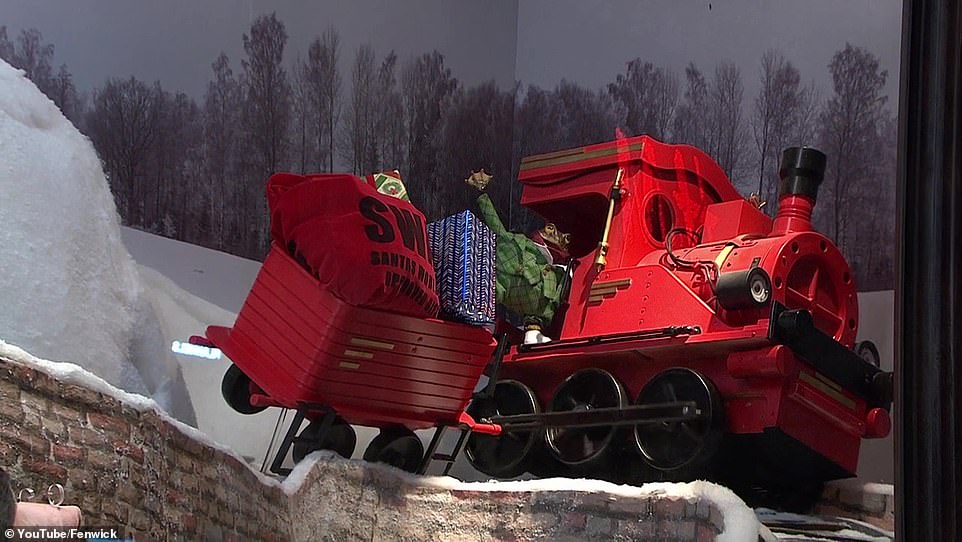 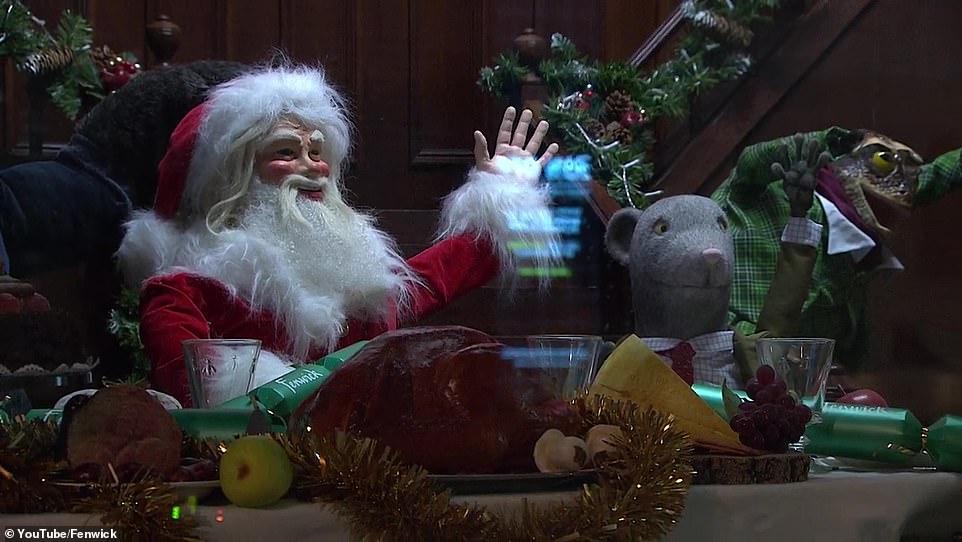 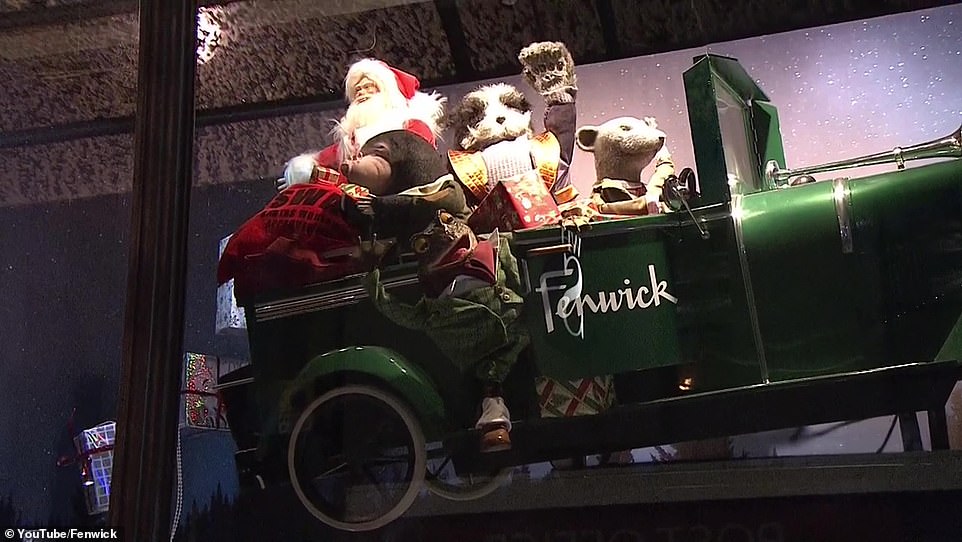 Fenwick’s window veiling has since had over 700,000 views on Facebook, with fans leaving comments from places including Copenhagen and California

Many comments on Fenwick’s Facebook page came from fans who are urging the department store to continue live stream events in future years, even if lockdown measures are no longer in place.

One person said: ‘This warms my heart at such an awful time… we miss being there. Such history, tradition and fun! Thank you Fenwick… just wonderful;

A third added: ‘Aww my goodness, after such a bad year to be joined with another 70k + people watching Fenwick window reveal hits you right in the feels. Merry Christmas everyone’

Another said: Wish they would do it this way every year especially as some people aren’t able to access Newcastle etc. Well down Fenwick and all your staff! Merry Christmas’

Although the display will be available to view in person until January 2021, customers are being advised against making a special trip to see the spectacle during lockdown.

He said: ‘The wins to me when it comes to the Christmas window are those packed with nostalgia that you couldn’t hide from the comments last night.

‘The fact that we overcamKieran McBridee those challenges and still managed to put on the unveil but in a different guise was a huge achievement but something that we absolutely wanted to do for the whole community.’ 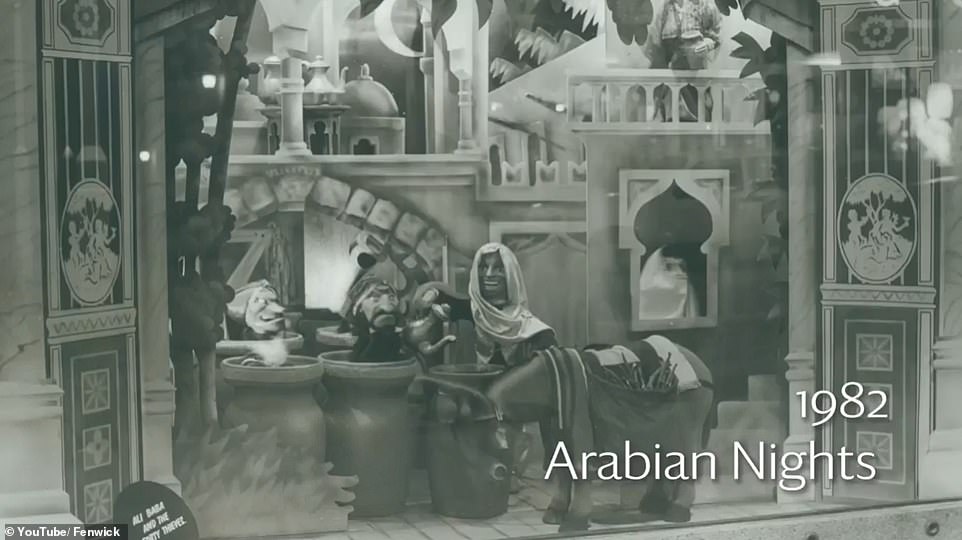 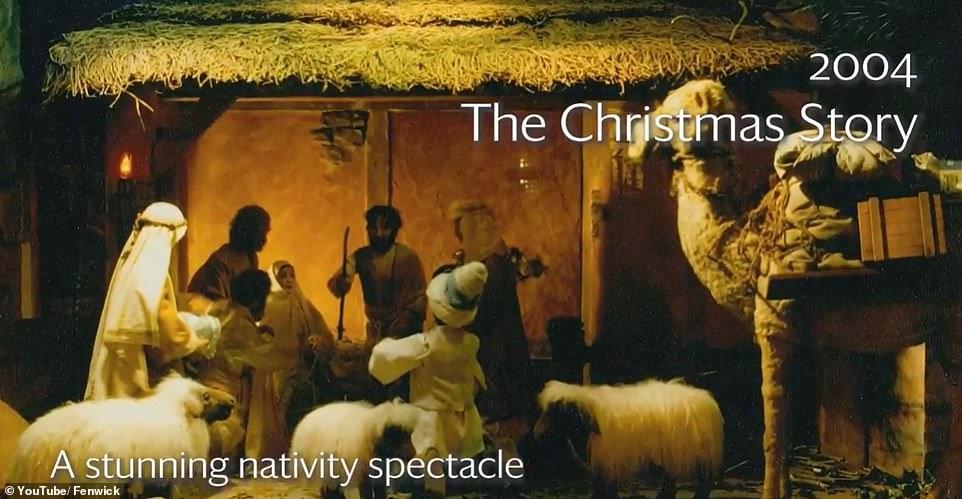 Kieran McBride explained they were motivated by their community to unveil their traditional windows amid the pandemic. Pictured: Fenwick’s Christmas windows in 2004