A felon who got engaged to a woman while behind bars is beginning to wish he was back in prison after getting into a public argument with his short-fused fiancée at the DMV.

Dylan, 30, from Chicago, Illinois, and his girlfriend Heather barely knew each other before he went to jail, and now that he is free, he is beginning to see an explosive new side to his bride-to-be.

‘I got out of prison yesterday, and it’s been a f*****g nightmare,’ he admits in a preview clip from Friday’s episode of the We TV series Love After Lockup. 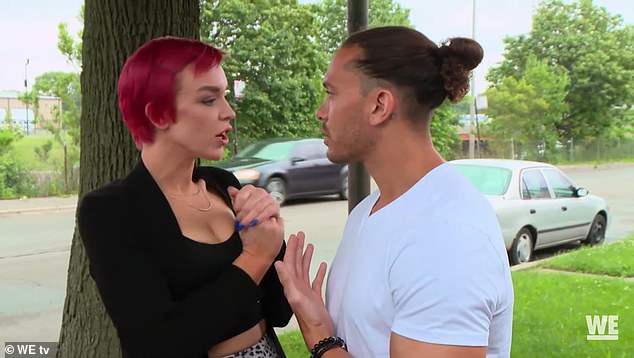 From zero to sixty! Dylan, 30, from Chicago, Illinois, is stunned when his fiancée Heather blows up at him outside the DMV on Friday’s episode of Love After Lockup

Dylan and Heather had only known each other for two weeks when he went to jail. They had never even had sex, but she faithfully stuck by his side for his entire sentence and visited him every weekend for five years.

Early on in their relationship, she revealed that she had gotten his name tattooed on her body in three different areas, which he found to be ‘borderline obsessive.’

He admitted that he was worried about what their relationship would be like now that he was out of prison, and it looks like he has reasons to be concerned.

Dylan spent his first day of freedom trying to calm down his angry fiancée after she blew up on her family, but they still managed to find time for romance.

‘For the first time in five years, Heather and I had sex,’ he reveals in his testimonial, ‘and if crazy translates into good sex, yes the sex with Heather was good.’

The convict explains that he has to go to the DMV to get his driver’s license because he needs an ID while on parole. 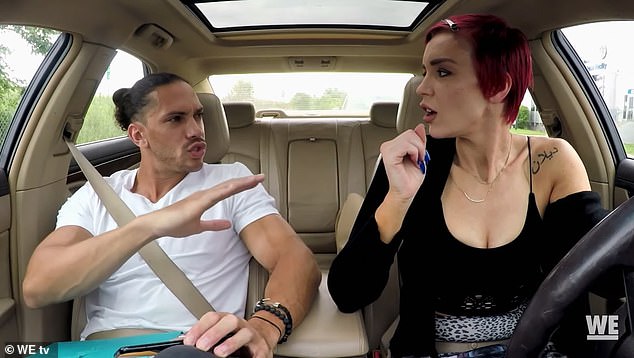 Big moment: Heather drives Dylan to the DMV to get his license they day after they had sex for the first time, but they are running late because she took too long to get ready 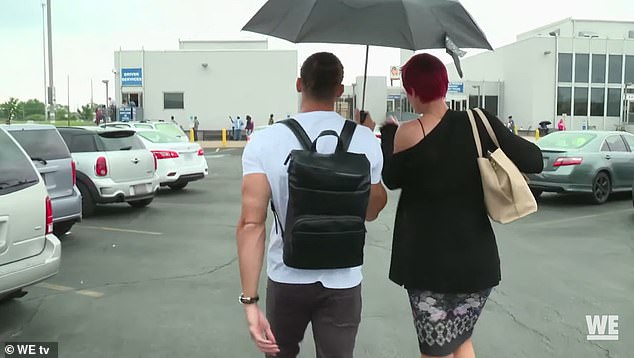 Love story? The two barely knew each other when he went to jail, but she stayed by his side during his entire five-year sentence, and they ended up getting engaged

‘Heather took a long time to get ready in the morning, so we’re late, and I’m just so frustrated,’ he admits to the camera.

When they finally arrive at the DMV, she tells him that ‘it might be too late to test.’

‘If it is, I’m going to be so mad,’ he says, prompting her to give him an angry look.

‘Not at you,’ he insists. ‘At the fact that they don’t do testing.’

The couple has only been together for a day, but it’s clear that Dylan already feels like he has to walk on eggshells around her.

Heather lets the comment go, and they head to the DMV to see if he can take his driving test as they had planned. 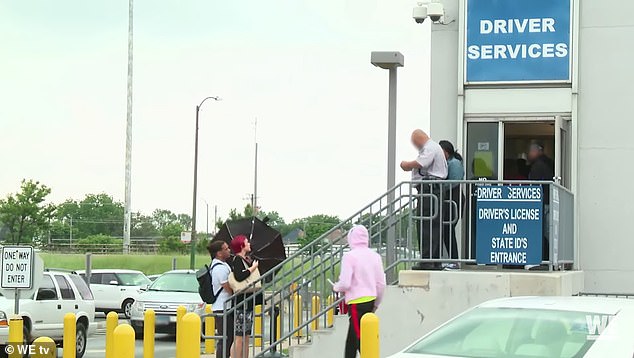 Whoops: Dylan and Heather soon learn that they are too late and missed testing that day 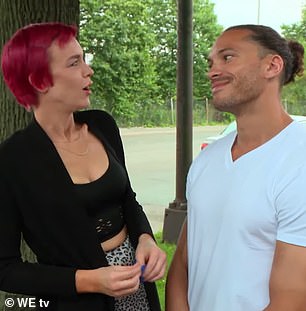 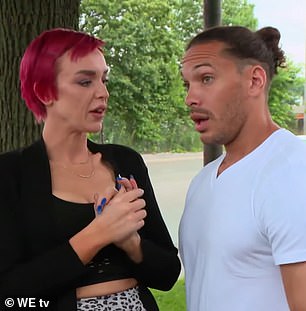 On edge: When Dylan says they were late because she was doing her makeup, she gets angry, even though he quickly backtracks and insists he was joking 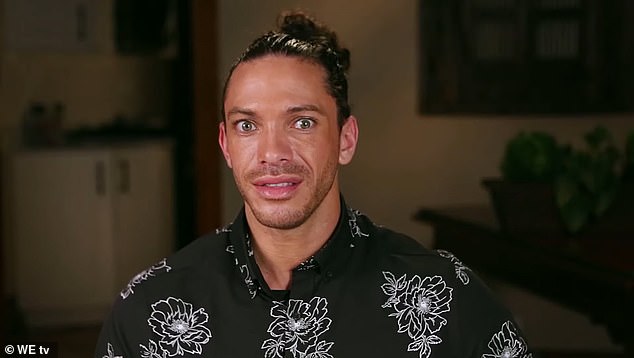 Scared: ‘Heather’s being completely irrational,’ Dylan says in his testimonial. ‘I’ve plenty of girlfriends that are high maintenance, but this is like next-level s**t

‘Hi! He just got out of prison and needs to get an ID,’ Heather tells the DMV employee, making Dylan feel a bit uncomfortable.

‘I don’t know if we need to tell them that part,’ he says.

Unfortunately, there were no more written or driving tests being offered that day.

‘They didn’t accept you into the line because we were late,’ Heather explains, but she fails to mention why they were late.

‘Because of makeup,’ Dylan notes.

‘Makeup?’ Heather asks, once again glaring at him.

Dylan quickly backtracks and insists he was just joking, but Heather refuses to let it go and announces that she is going to leave. 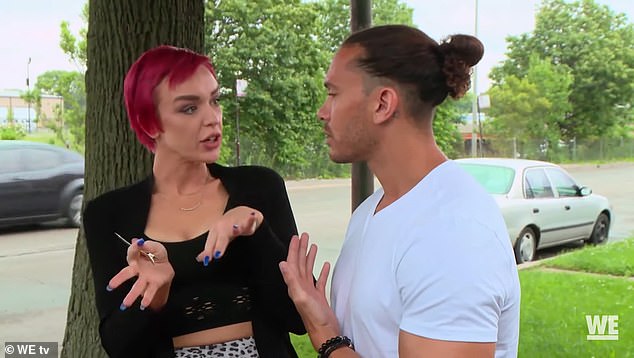 Yikes: Heather insists on waiting in the car and leaving Dylan to do the interview himself. When he tries to tell her to ‘slow down’ and ‘relax,’ she gets even more worked up 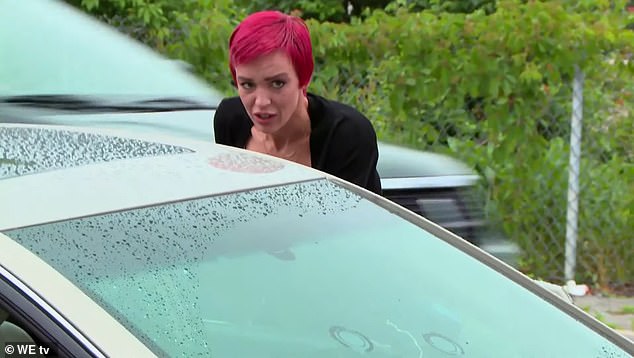 Not messing around: ‘Give me my keys, please!’ she screams after storming to the car

A producer from behind the camera suggests they put the comment behind them and talk about the DMV, and Dylan agrees.

Heather insists on waiting in the car and leaving Dylan to do the interview himself. When he tries to tell her to ‘slow down’ and ‘relax,’ she gets even more worked up, saying he is being ‘condescending.’

‘Heather, hold on,’ he says as she storms off.

Dylan notes in his testimonial that he and Heather have never lived together nor did they spend that much time together before he went to prison.

‘Heather’s being completely irrational,’ he says. ‘I’ve plenty of girlfriends that are high maintenance, but this is like next-level s**t.’