Like many people across the country, the royal family have been continuing their dedicated work from home as the world grapples with the coronavirus crisis.

And The Firm have adapted remarkably quickly to the disaster, sharing snaps as Prince Charles, 71, opened the Nightingale Hospital in London from his office in Birkhall residence in Aberdeenshire and Prince William, 37, and Kate Middleton, 38, phoned their patronages to offer support from Kensington Palace.

But now experts have revealed what the royal family’s makeshift offices reveal about their working practices and personalities.

They also noted how Kate Middleton adapted her working space to help her balance duties with motherhood while Prince Charles’ jam-packed room showed an ability to ‘zone out from distraction’. 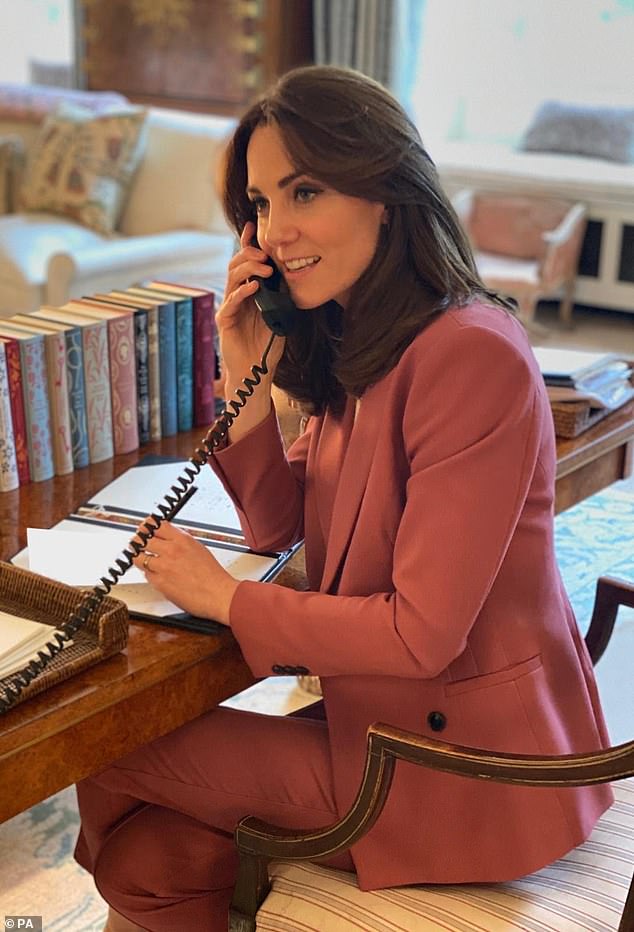 Experts told FEMAIL what the royal family’s working-from-home set-ups reveal about their personalities, revealing how the Duchess of Cambridge had ‘tailored’ the space to help her balance work with motherhood

Kate Middleton began working from home last month at Kensington Palace, before the Duchess and her family moved to their Norfolk home of Anmer Hall.

The Duchess shared snaps as she sat at her desk and phoned patronages across the country to offer support.

Katherine revealed that Kate was ‘clearly’ balancing motherhood with the working royal duties in the space.

The interior designer revealed; ‘The room is clearly tailored towards having her children around her as she works; there’s a child’s chair in the corner, the table is laden with children’s books, and there’s a plush sofa that seems perfect for her young family to jump on and get cosy.’

She added: ‘A classic white sofa paired with a miniature chair show that Kate’s office is seamlessly integrated into her home life, and that her family very much comes first.’ 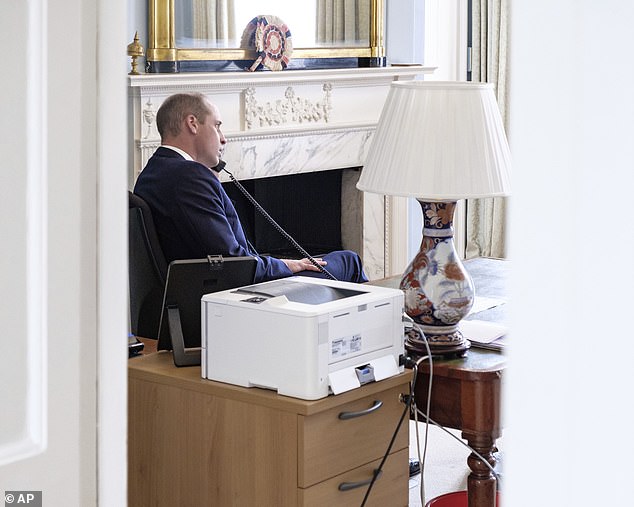 Like his wife Kate, the Duke of Cambridge  shared snaps of his office set-up in Kensington Palace last month as he began working from home amid the crisis.

Katherine revealed how the royal’s stripped back office space revealed a ‘strong work ethic’, noting how his desk was almost completely bare except for the essentials ‘such as a phone, printer and necessary stationary.’

She added that the balance between contemporary furniture with classic features and tons of natural light ‘echoed someone who is focused and determined.’

Meanwhile Nadia called the set-up ‘productive and efficient’ with little distraction indicating a focus on ‘getting the job done.’ 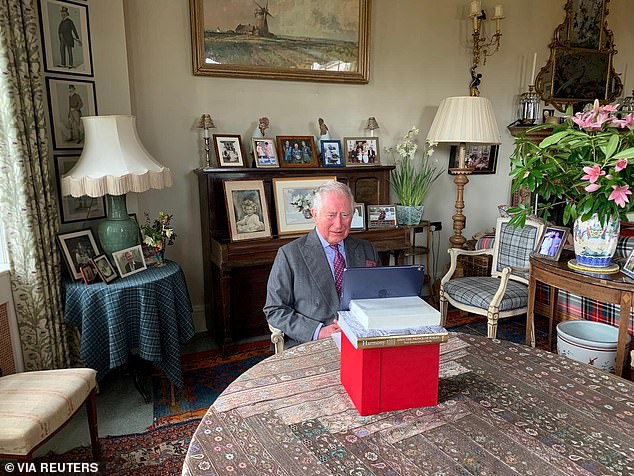 The video shared of Prince Charles earlier this week offered royal fans a rare look inside the royal’s Scottish home.

The clip, posted on the Clarence House Instagram account, shows the Prince of Wales, 71, sitting at his desk at Birkhall, his home on the Queen’s Balmoral estate in Aberdeenshire.

Katherine revealed that Prince Charles’ set up appeared to show the royal’s dedication to the role and ability to work anywhere: ‘His working from home space in general seems to emulate that of much of the UK public; working from wherever he can, doing whatever he can to do his job fully.’

Meanwhile Nadia added: ‘Pinging emails from the sofa or dining table will reveal you as someone who is highly capable and can zone out from distraction.’

‘Prince Charles’ set-up is the perfect example of the “improv office”, surrounding himself with sentimental family photos and mementos to create a familiar and supportive environment.

‘Layered patterns and textures promote feelings of cosiness, whereas the simple piano offers an insight into the Prince’s musical nature.’ 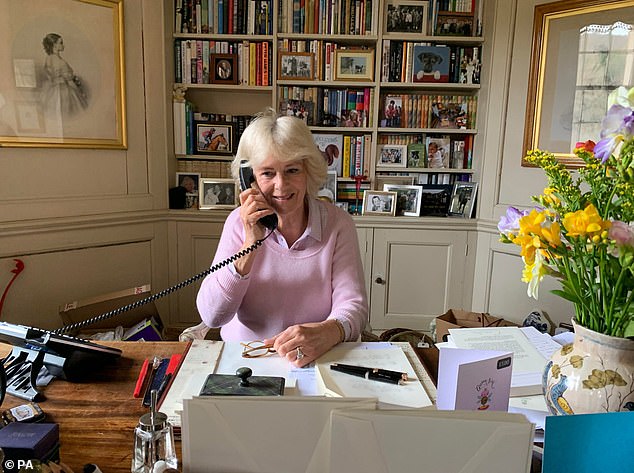 The Duchess of Cornwall shared a snap as she worked from home at the royal’s Scottish home earlier today.

Katherine noted that the ‘sense of busyness’ could be an indication of the royal’s attitude toward her duty during this time.

She said: ‘Camilla’s working from home space gives the impression that she’s extremely productive; there’s a real sense of her busy-ness in this room, with plenty of paperwork on her desk and the bookshelves full to the brim.’

Katherine went on: ‘Similarly to Prince Charles she has many family photographs in her working from home space – again emphasising the importance of family during this time.’

Meanwhile Nadia noted that the ‘stacks of paperwork and stationary living in harmony amongst personal treasures’ alongside personal cards and drawings revealed an ‘artistic personality’.

She continued: ‘A well stocked bookcase provides a characteristic backdrop, as well as offering a source of inspiration and relaxation’, adding that ‘the fresh spring florals keeping her Royal Highness connected to nature.’