A mother-of-four has posted an inspirational photo to Facebook that shows the reality of family life and being a mother raising a number of children.

The photograph sees the busy mom cooking dinner, holding and breastfeeding her youngest child, and helping another with homework while her other two children play games at her feet on the kitchen floor. 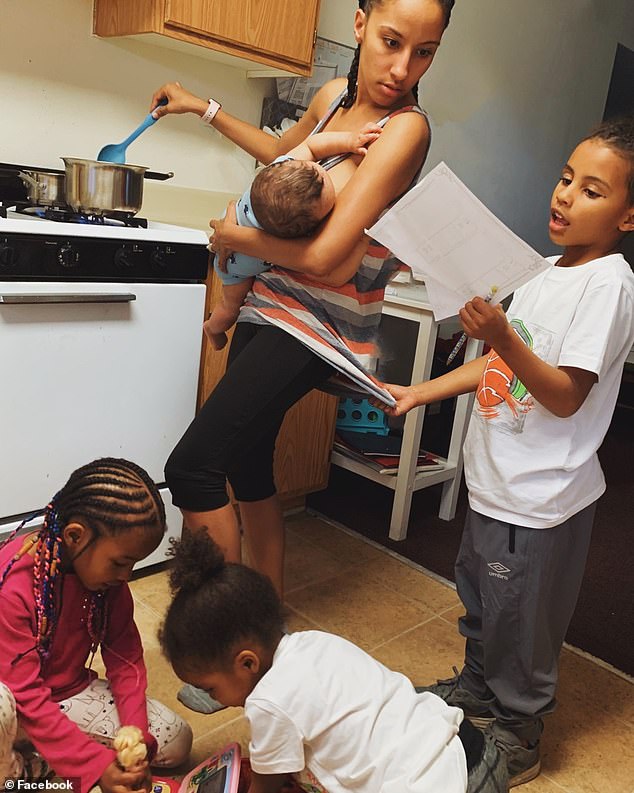 Multitasking: Jazmyne Futrell shared a photo to Facebook that sees her cooking, breastfeeding one child, helping another with homework, while her other two kids play on the kitchen floor 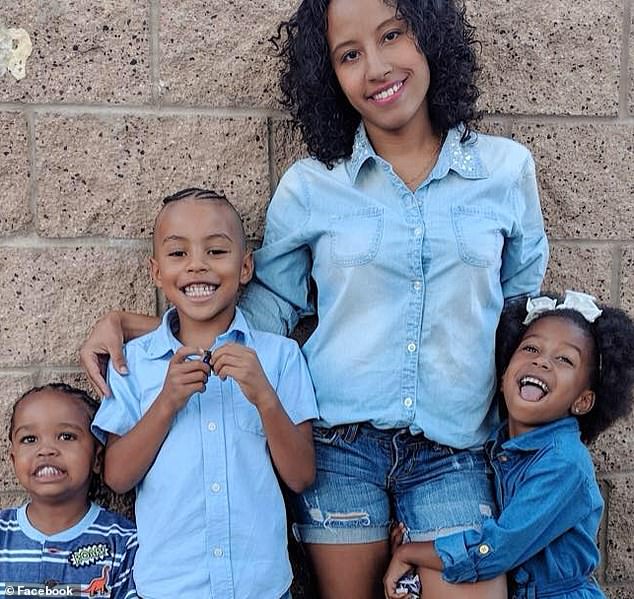 Family: The ‘exhausted’ mom-of-four said she shared the photo to her Facebook page to show the reality of family life, as she said ‘there’s not enough realness on social media’ 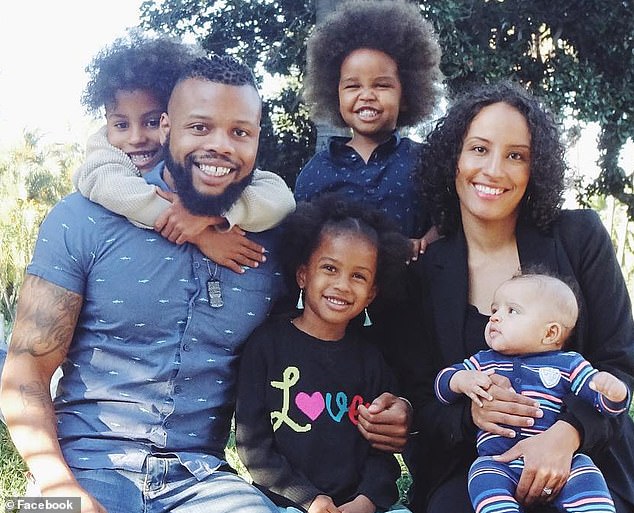 Happy: The 31-year-old said of the photo: ‘I shouldn’t be cooking while holding my baby, my son has a ponytail because I didn’t have time to braid his hair, and my kids are on the floor’

Captioning the photo, Jazmyne wrote: ‘Friends with no kids: “You go to bed at 9pm? Girl I can’t fall asleep before 11pm.”

She added: ‘With four kids I’m way too exhausted to even think about having a life after dark and way to busy to go to bed at a decent hour. 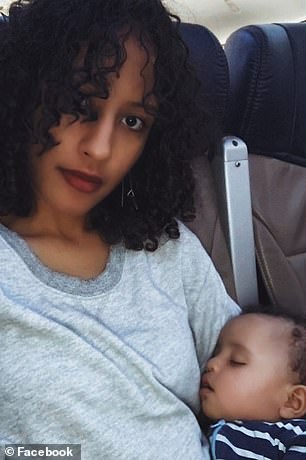 Lifestyle: The busy mother began blogging about family life and motherhood after she had her youngest child, Koehen

‘What’s your bedtime? Do you have a night life or are you in the bed before the sun?’ she asked her followers on the page.

The image sees Jazmyne cooking chicken noodle soup at the same time that she is breastfeeding her seven-month-old son Koehn.

Her seven-year-old son Karson can be seen tugging at her shirt, trying to get his mother’s attention so she will help him with his homework.

Meanwhile, her daughter Kinley, five, and and three-year-old son Karter can be seen playing with a toy on the kitchen floor.

Speaking to Yahoo Lifestyle, she explained the context of the photo, which was taken by her husband – who Jazmyne has been married to for approximately seven years.

She said: ‘There’s so much to say about this photo.’

Jazmyne, who started her blog after she had her fourth child Koehen, added: ‘I shouldn’t be cooking while holding my baby, my son has a ponytail because I didn’t have time to braid his hair, and my kids are on the floor. 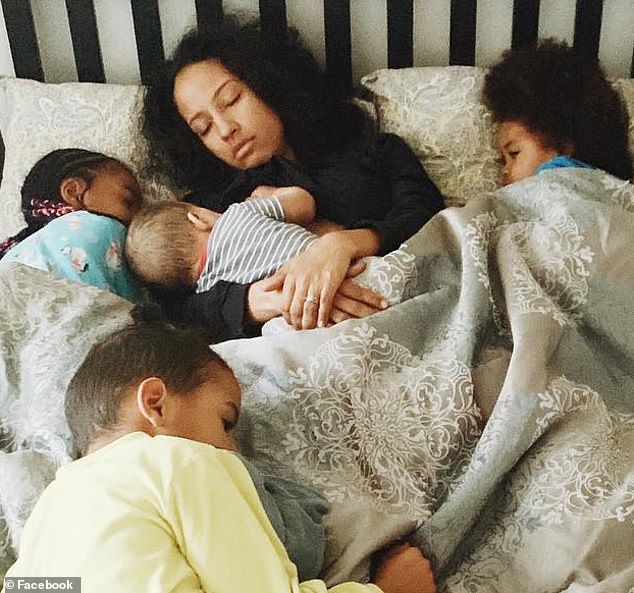 Help: Jazmyne said she was also eager to post the photo online because she thought it would help other mothers realize that they’re not going through their battles alone 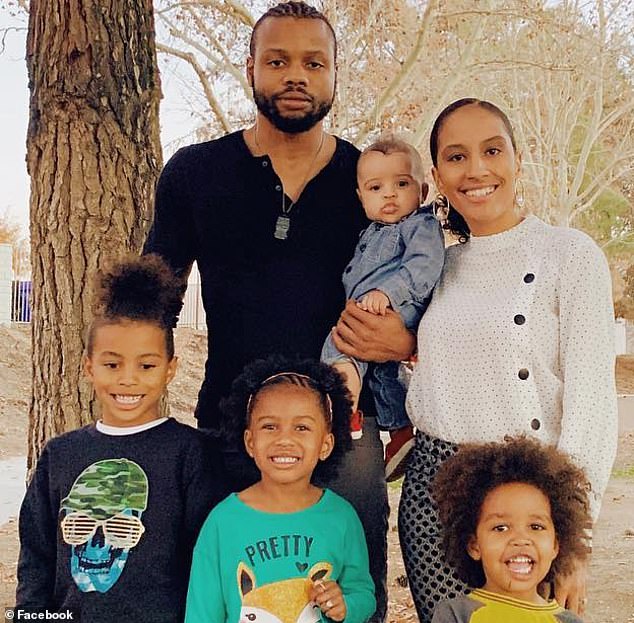 Thoughts: Jazmyne said there was ‘so much to say’ about the photograph, which was taken by her loving husband Desmond (pictured) 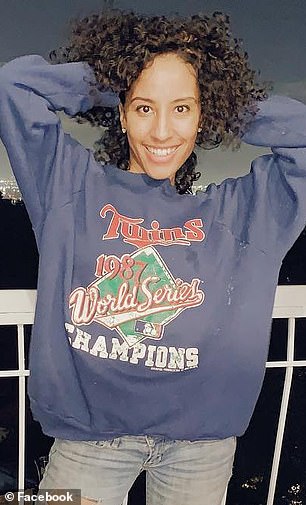 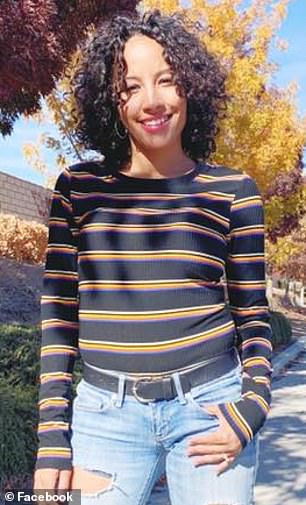 Questioned: She revealed that she is often asked questions when out in public with her kids, as she said one woman once looked relieved at Jazmyne’s age when she told her she was 31 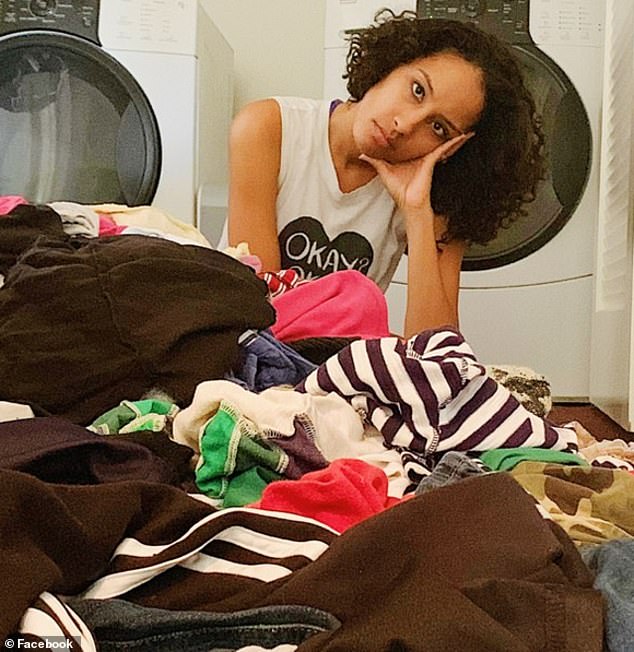 Tired: Jazmyne also said that, while she was in labor with her son Koehn, a nurse asked her husband if he was the father of the child, because there are ‘a lot of single moms’ nowadays

‘That’s why I posted it – there’s not enough realness on social media,’ she added.

Jazmyne said she wanted to post the photo online because such photos can help other mothers realize that they’re not fighting their battles alone.

The mother-of-four began blogging about motherhood after suffering postpartum depression. 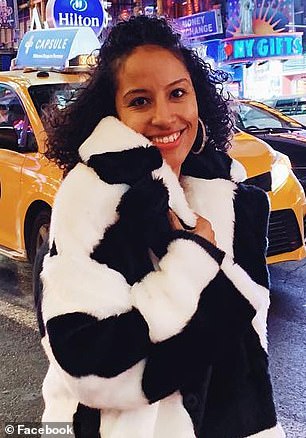 Contrast: In comparison, the mom-of-four said her husband is often praised for doing things that mothers would naturally be expected to do

She explained: ‘I had postpartum depression and all the other moms looked amazing on social media.

‘Many times I thought, “Can I do this?” I hope showing photos like this lets mothers know they’re not fighting their battles alone,’ she added.

The 31-year-old told the publication that people have often made comments to her when they see her out and about with her four children.

She said: ‘A woman asked me, “How old you?” and was relieved to learn I was older than expected.

‘While in labor with Koehn, the nurse asked my husband if he was a father to my unborn child or [of] my kids because she [said there are] “a lot of single moms”,’ Jazmyne added.

However, Jazmyne explained, in comparison, her loving husband Desmond is often praised for doing things that are naturally expected of a mother.

She said one day while she was out shopping with her family, Desmond took the children to another section of a store so Jazmyne could try on clothes without any distractions. 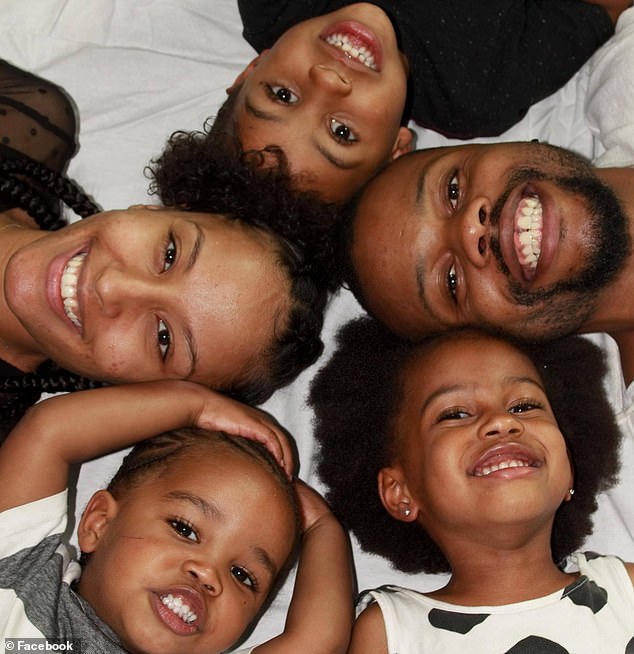 Unfair: A woman once praised Desmond for ‘babysitting’ the kids while Jazmyne shopped for clothes. However, Jazmyne said: ‘He’s required by law to care for them’ 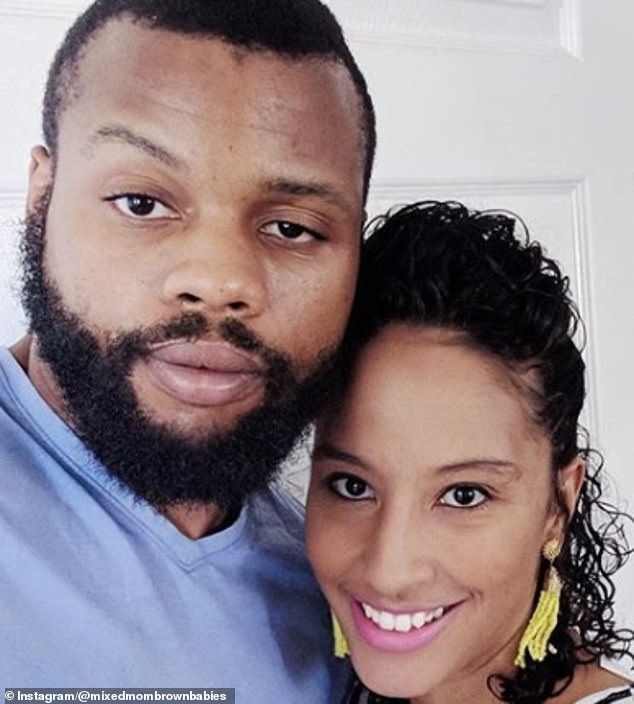 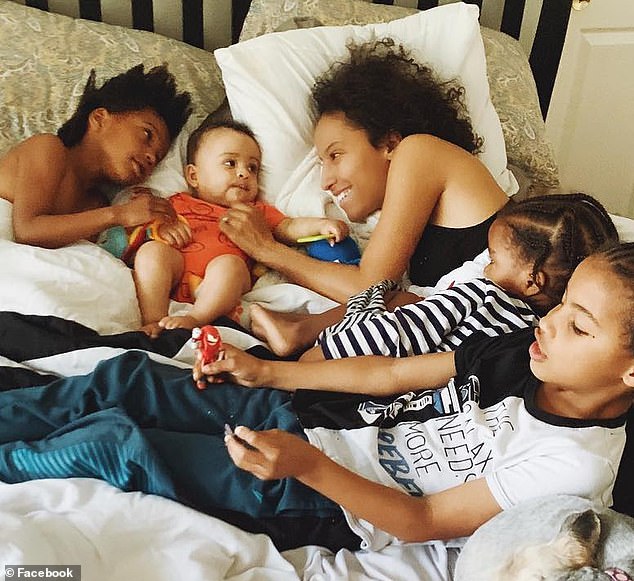 She said: ‘A woman told me, “I just want to compliment you for your awesome husband. He’s babysitting so you can shop.”

‘He wasn’t babysitting his own children – he’s required by law to care for them.

‘The bar is set so low for fathers,’ she said.

Some topics covered on her blog include ‘mommyhood’, travel, kids, ‘must haves’ and ‘random thoughts’.