As a Royal Ballet star, Francesca Hayward is used to receiving bouquets and applause.

But now the principal dancer is hearing the sound of alarm bells as she fears she’s become addicted to shopping via her smartphone.

‘I actually have near-to a shopping problem,’ admits the 28-year-old, who’s enjoying a passionate romance with her fellow dancer Cesar Corrales. ‘I’m just constantly on my phone looking at clothes online. I do love to be in a shop, but I just don’t get that time a lot.’

Francesca, who appeared in the film Cats, has also suffered some awkward encounters in bricks-and-mortar shops. 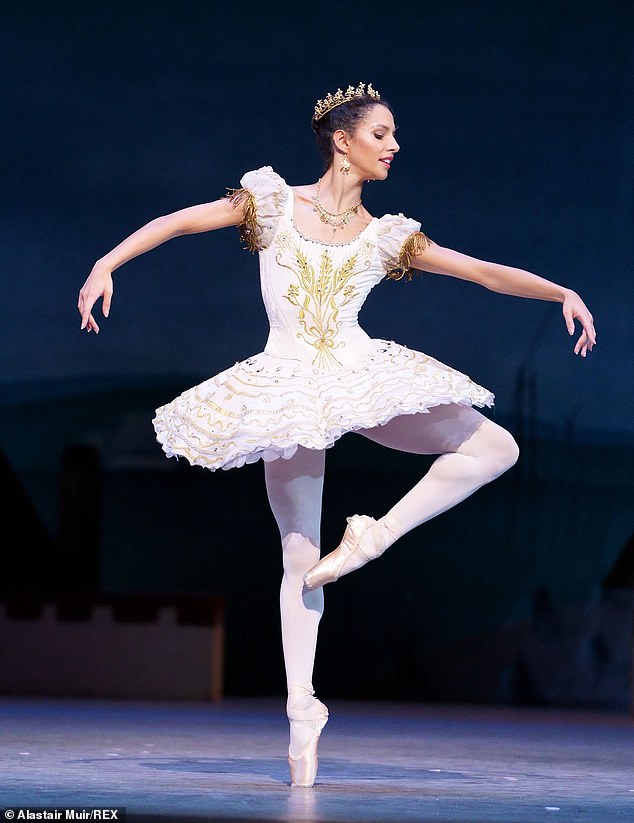 As a Royal Ballet star, Francesca Hayward is used to receiving bouquets and applause 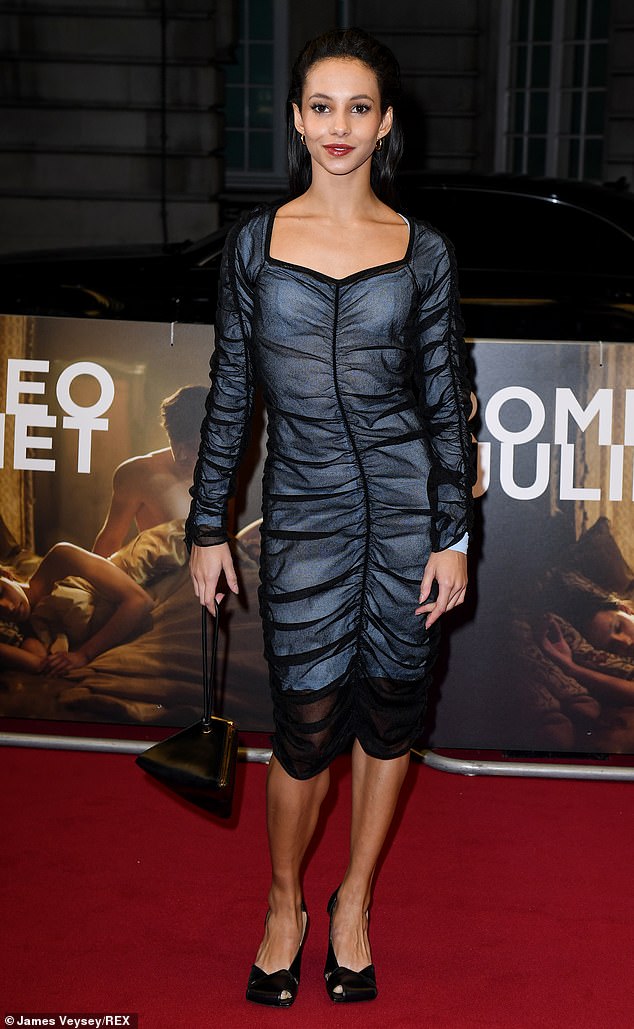 Wild life photographer who has tamed a daredevil

A swashbuckling sportsman who captured the heart of Viscount Cowdray’s sister, Lucy Pearson, Charles Fraser is now readying himself for his next matrimonial gallop.

The former Life Guards officer and polo aficionado is to marry wildlife photographer Nathalie Mountain — much to the excitement of their society friends.

A devotee of the fearsome Cresta Run toboggan track in Switzerland, Fraser, 60, tells me he’s ‘absolutely thrilled’ to have met baronet’s granddaughter Nathalie, a decade his junior. ‘We’re planning the wedding for next spring at Nathalie’s parents’ lovely estate in Hampshire,’ he explains.

Fraser has four daughters with Lucy, but their marriage ended after she discovered he was ‘on a business trip to Grenada’ accompanied by ‘this woman’ — a reference to ‘slim, dark-haired’ Emma South.

But, ever the romantic, Fraser envisages a perfect English spring day ‘with blossoms everywhere’, for next year’s nuptials, which are Nathalie’s first. 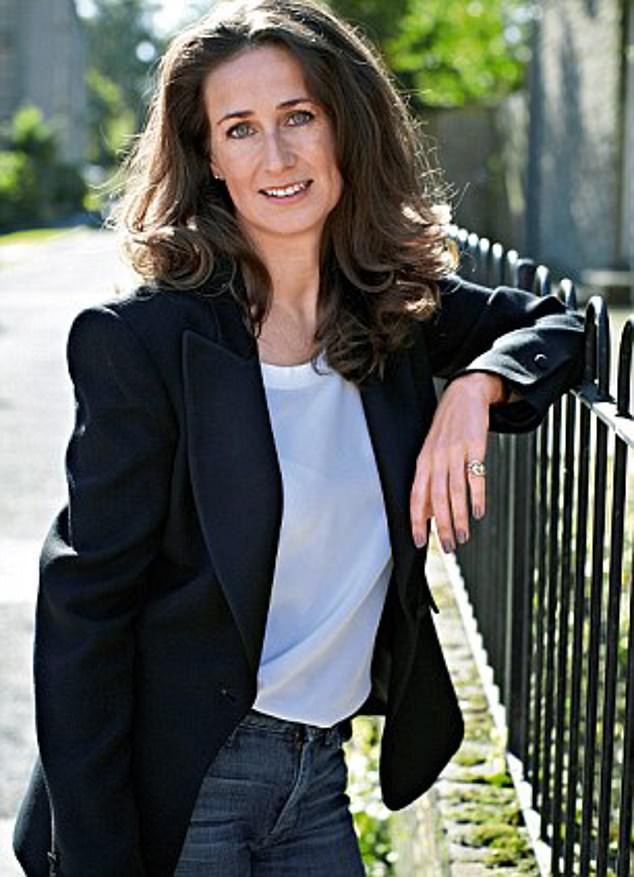 Charles Fraser is set to marry wild life photographer Nathalie Mountain, pictured, much to the delight of their society friends

Boris Johnson is killing off businesses with his new Covid restrictions, but restaurateur Jeremy King is defying the gloomsters.

He’s reopening his fashionable Central London haunt The Delaunay next Tuesday, even though Tier 2 rules brought in by Boris and London Mayor Sadiq Khan mean diners must sit only with members of their own households.

‘I am going ahead,’ King tells me. ‘I can’t allow the stupidity of the Government and the Mayor to send us cowering into our homes.

‘We will be trusting the guests more than the Government does. I am certainly not doing the police work necessary on behalf of them.’

The Duchess of Cornwall’s son, Tom Parker Bowles, has come up with a cunning wheeze to comply with new pandemic restrictions while still being able to see pals in restaurants.

Condemning ‘this Tier 2 nonsense’, Camilla’s food writer son says: ‘We just book tables for one. Next to our friend, who also books a table for one. I’m sure restaurants would be happy to book adjoining tables.’

Proof the rich have money to throw away? I hear that a collection of five wastepaper bins was sold this week for a staggering £34,000 —that’s £6,800 each.

Christie’s achieved the sum even though the New York auction house had put a low estimate of just £232 on the collection. 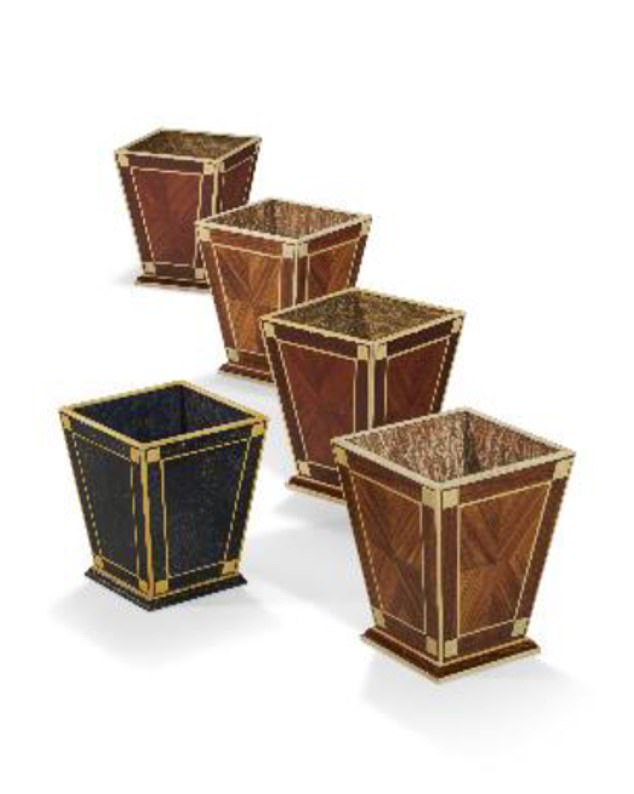 Proof the rich have money to throw away? I hear that a collection of five wastepaper bins was sold this week for a staggering £34,000 —that’s £6,800 each

Tim Bell, the colourful public relations man who advised Margaret Thatcher, loved a celebration, so the late peer was much missed last night at the wedding of his daughter, Daisy.

She exchanged vows with Australian banker Andrew Gray at Chelsea Old Town Hall in London. ‘We were planning on getting married in Cape Town next month, but sadly had to push the big celebration back a year due to Covid,’ Daisy tells me.

She was with Prince Harry’s ex, Cressida Bonas, when she first set eyes on dashing Andrew, 34, in a bar on Bondi Beach, Sydney. ‘It was love at first sight,’ she later explained. 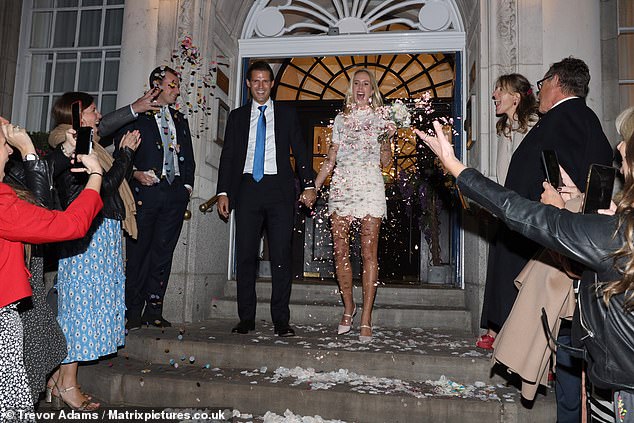 Since Simon Armitage was appointed as Poet Laureate more than a year ago, he’s failed to compose a single verse to celebrate a royal birthday or even Princess Beatrice’s wedding.

So is the Duchess of Cambridge seeking inspiration elsewhere? I hear Kate invited poet Lemn Sissay for private talks at Kensington Palace this week. ‘He was honoured,’ I’m told. Much-loved Sissay, who grew up in children’s homes, beat Peter Mandelson to become chancellor of the University of Manchester.

Officials decline to comment on the tete-a-tete, but Sissay is one of the judges on a National Portrait Gallery photographic project led by Kate to document the hopes and fears of lockdown.