It’s a union of royalty and one of Britain’s richest aristocratic dynasties.

I hear that Prince Charles‘s goddaughter, Princess Maria-Olympia of Greece and Denmark, has found love with Peregrine Pearson, son and heir of the 4th Viscount Cowdray, whose family has a reputed £224million fortune.

The 24-year-old socialite, who grew up in Chelsea and is the only daughter of Crown Prince Pavlos of Greece and his wife, MarieChantal Miller, is said to be ‘head over heels’ with the eligible bachelor. 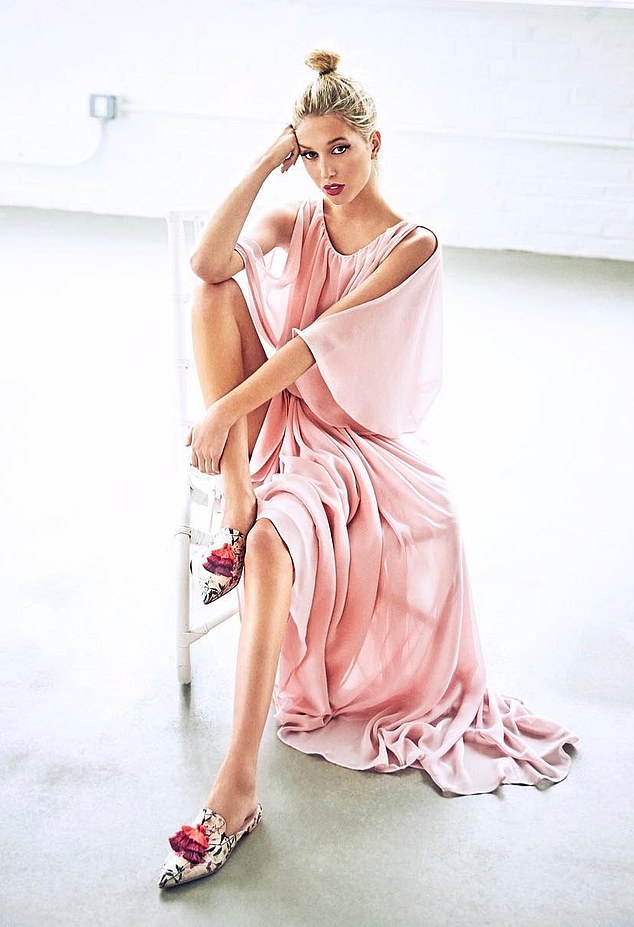 ‘Things are getting very serious,’ a friend says. ‘He’s already met the family and they love him.’

Property developer Perry, 25, spent his summer holiday with the princess and her family on the Greek island of Spetses.

Also there was her grandfather, King Constantine, a relation of Prince Philip, who was exiled from Greece following the 1967 coup.

Maria-Olympia was romantically linked to Prince Harry in 2016.

Perry’s father owns a significant chunk of the Pearson media empire as well as the 16,500-acre West Sussex estate which is home to Cowdray Park polo club, where Princes William and Harry have played. 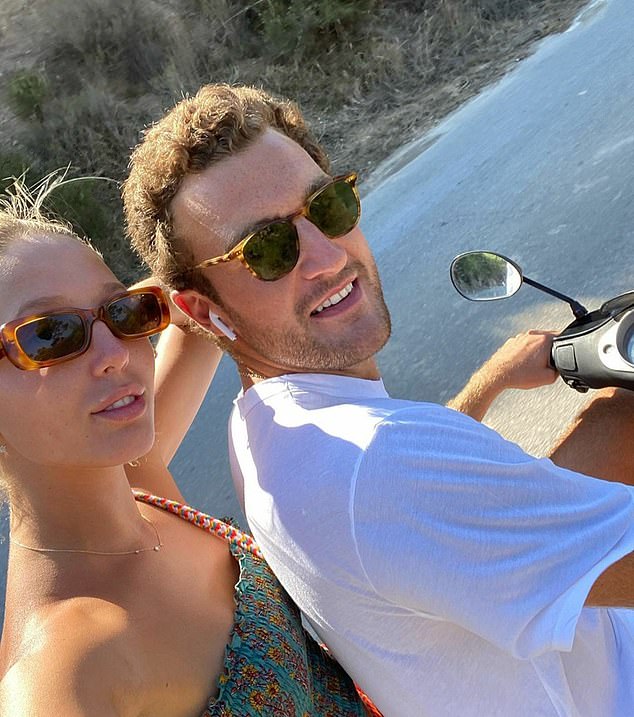 She is said to be ‘head over heels’ with Peregrine Pearson, son and heir of the 4th Viscount Cowdray, whose family has a reputed £224million fortune

Dunhill happy to be out for her Count after marrying at 73!

Why wait until this crisis is over to hold a wedding? Novelist Anne Dunhill, granddaughter of tobacconist Alfred Dunhill, married this week at the age of 73.

Her new husband is Count Zdzislaw Zamoyski, 75-year-old brother of historian Adam Zamoyski. ‘It was lovely, and very quiet,’ says Anne, who has been married twice before. ‘It was just me and my children.’

The wedding was held at St Andrew’s Catholic church in Tenterden, Kent, after Zamoyski’s first marriage was annulled.

The pair met through their mutual chum, society figure Basia Briggs. ‘I did ask the priest if I was the oldest bride he’d ever married,’ Anne adds. ‘He said he’d married a couple in their 80s. You can find love at any age.’

‘Wedding masks are a fabulous idea,’ she tells me. ‘We shall do them in lace to match the dress. Even when the vaccine comes, we’re going to be social distancing, and people will want to get married, so bridal masks are excellent.’

Although face masks are compulsory in places of worship, couples heading for the altar can choose not to wear them.