The hashtag #driedflowers has more than a million posts on Instagram and a hobby that was once firmly the preserve of OAPs is very much back in fashion, it seems.

This Morning presenter and DIY expert Georgina Burnett revealed that ‘vintage’ style dried bouquets are all the rage – including for bridal bouquets – and shared on the daytime show how to create your own at home using a standard kitchen microwave.

She shared tricks with the show’s viewers on how to transform common or garden blooms into florist-style bouquets that last for months, even years. 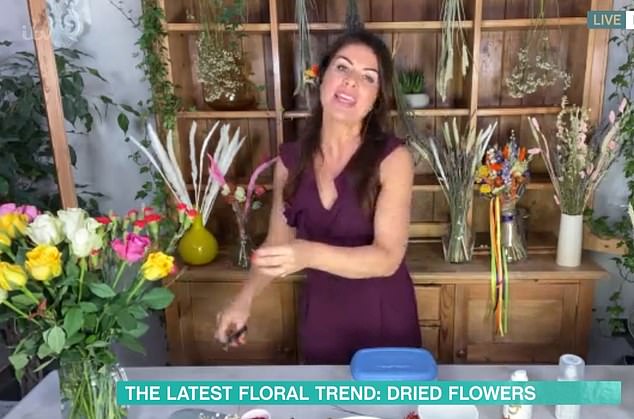 Georgina said that air-drying flowers, the more traditional method, which involves hanging the heads of the blooms upside down, can take up to three weeks 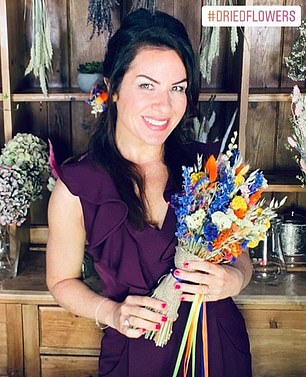 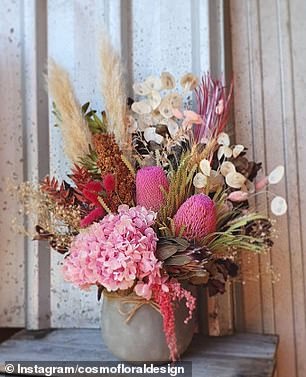 Raising the eyebrows of presenters Holly Willoughby and Philip Schofield, Burnett suggested that instead of waiting the standard three weeks for flowers to dry – you could simply put them in the microwave with some fine silica gel granules.

The most traditional method for drying flowers out is air-drying, a process that lets nature takes it course and can take up to three weeks.

Blooms are then sprayed with a UV-resistant hairspray to help them keep their colour when they’ve been fully dried, explained Georgina. 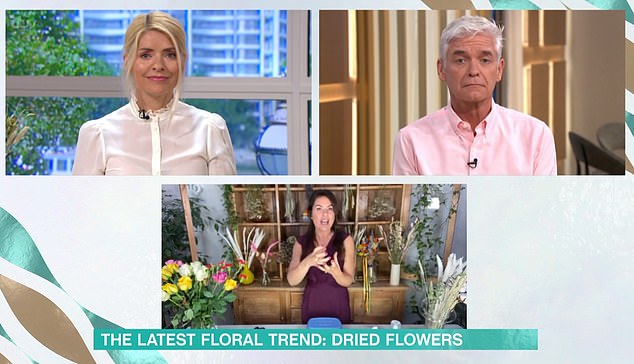 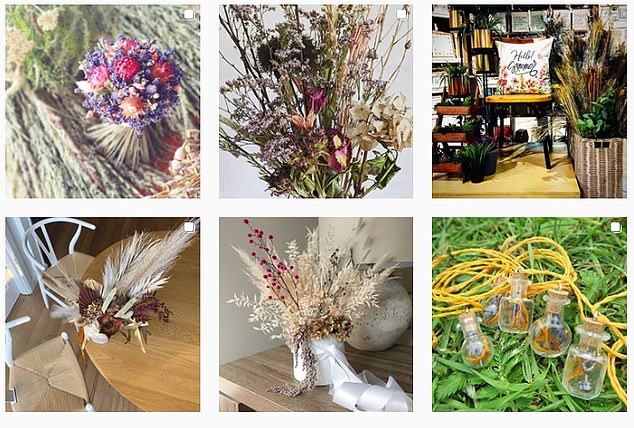 Insta effect: #driedflowers has more than a million photos dedicated to the art of flower drying 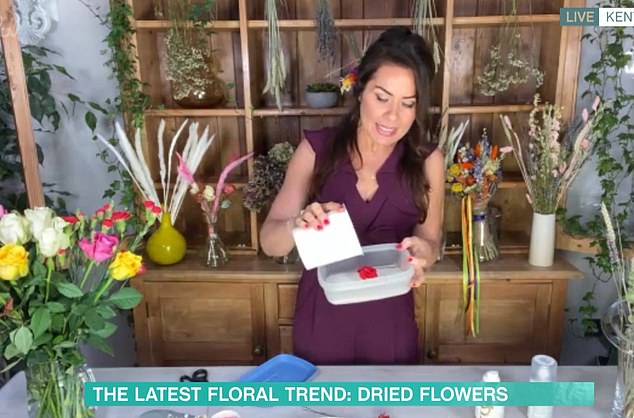 However, Georgina championed a more modern technique – using a microwave to speed up the process and some silica crystals to create a coating on the flowers. The crystals, sugar-like in texture, help the petals to dry out speedily.

After putting the blooms in the microwave for around a minute on a low heat, she said you should simply brush off the crystals and the dried blooms are complete and ready to be put in a vase. A conventional oven can also be used…but would take longer for the magic to happen.

The show’s presenting duo admitted they’d never heard of anyone putting flowers in a microwave before and were unsure about where you’d pick up silica crystals. A tub of 1kg silica gel desiccant crystals retails at around £12 on Amazon.