A dietitian has weighed in on whether breakfast really is the most important meal of the day, and whether you need to eat it in order to be healthy and stay in shape.

Lyndi Cohen, from Sydney, said we are often told when we grow up that you need to breakfast like a king, lunch like a prince and dine like a pauper for good health, but the reality is this isn’t the case for everyone.

‘What you really need to do is find what works best for your body,’ Lyndi wrote on her website.

‘Some people thrive by eating first thing in the morning while others feel better by waiting to have their first meal.’

A dietitian has weighed in on whether breakfast really is the most important meal of the day, and whether you need to eat it in order to be healthy and stay in shape (Lyndi Cohen pictured) 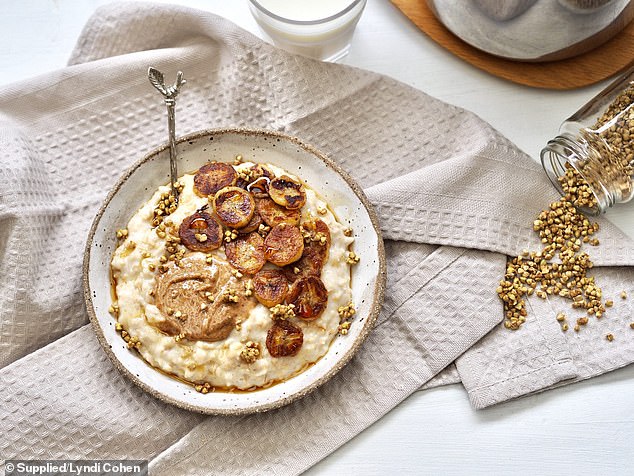 Lyndi said not everyone needs breakfast (pictured), and if you’re not hungry first thing, then you shouldn’t eat until you are

The dietitian explained that if you want to figure out whether breakfast is right for you, you need to ask yourself a simple question: are you hungry as soon as you wake up?

If you are, Lyndi said you obviously need to eat something to break the overnight fast, but if you’re not, she recommends you wait until hunger does strike and then eat something then.

‘A research review analysed 13 breakfast studies and found that eating breakfast was not a reliable way to lose weight, and that skipping breakfast likely does not lead to weight gain,’ Lyndi said.

Therefore, you should really try to ‘listen’ to your body and eat when it needs or wants food. 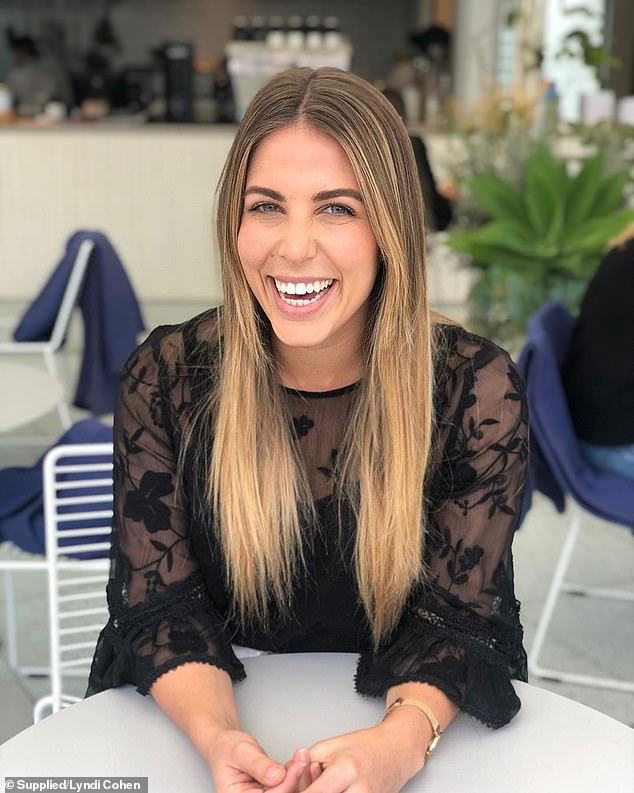 Lyndi (pictured) said you’d be far better off having small in the morning if you feel hungry, as this will stop you from bingeing later on

What are the three biggest breakfast mistakes?

* Eating too late – waiting till 9 or 10am is too late and not as good for your metabolism.

* Not counting the calories from coffee – milky-based coffees including lattes have the same calories in them as a slice of toast.

* Not getting enough protein – too many people opt for high carb breakfasts such as toast or plain cereal, which will never keep you full until lunchtime.

While many people skip breakfast because they think that it saves them valuable calories and means they will lose weight, Lyndi believes this isn’t a good idea.

‘If you’re someone who loves having breakfast in the morning and who wakes up hungry, but you purposely skip it only to end up feeling starved and binge on everything later, that’s not healthy or ideal,’ Lyndi said.

She explained you’d be far better off having something small to eat in the morning, so that you don’t over-eat later on.

On the other hand, if you’re not hungry when you wake up, try waiting till 12pm till you have your first meal.

‘If you’re waking up absolutely ravenous and you go to bed dreaming of breakfast… well, that’s a good sign you’re not eating enough at dinner or need to add in some more options,’ Lyndi added. 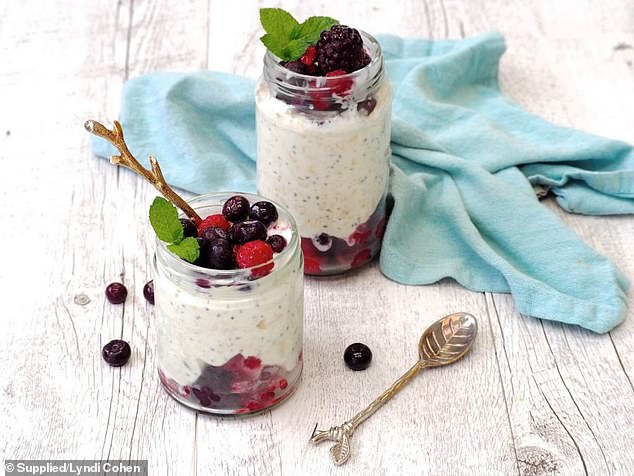 If you do eat breakfast, the dietitian recommends you mix up what you eat in order to achieve nutritional diversity, even if it’s just a different type of yoghurt (pictured) 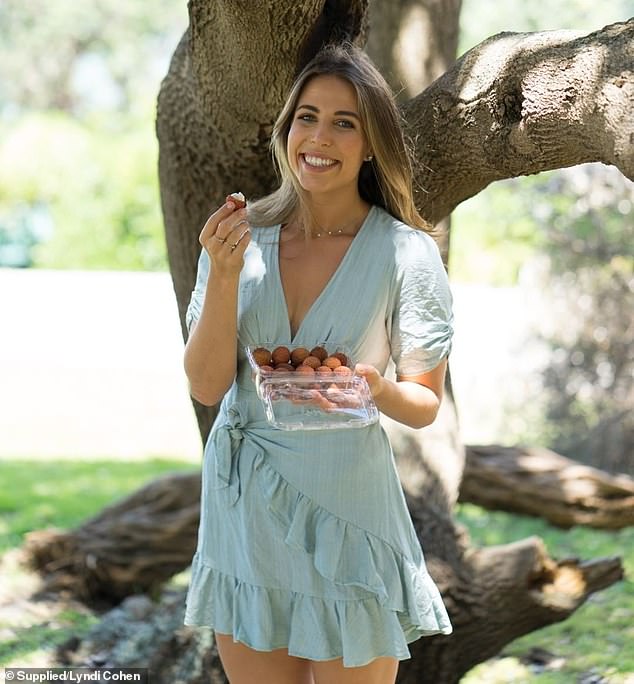 Some of Lyndi’s (pictured) favourite breakfasts include porridge with seeds and nuts or muesli, overnight oats, avocado on wholegrain toast or an omelette with added vegetables

If you do eat breakfast, the dietitian recommends you mix up what you eat in order to achieve nutritional diversity.

‘Even if that means simply trying a different muesli combination, changing up which yoghurt you buy, or adding different ingredients to your smoothie, [every little helps],’ Lyndi said.

Some of Lyndi’s favourite breakfasts include porridge with seeds and nuts or muesli, overnight oats, avocado on wholegrain toast or an omelette with added vegetables. 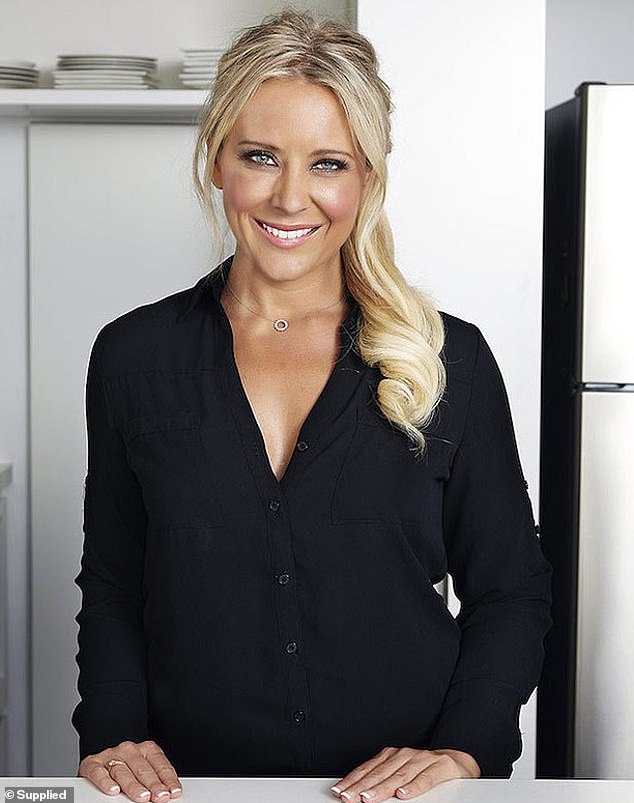 Previously, fellow dietitian Susie Burrell (pictured) shared why your so-called ‘healthy’ breakfast might be causing you to put on weight 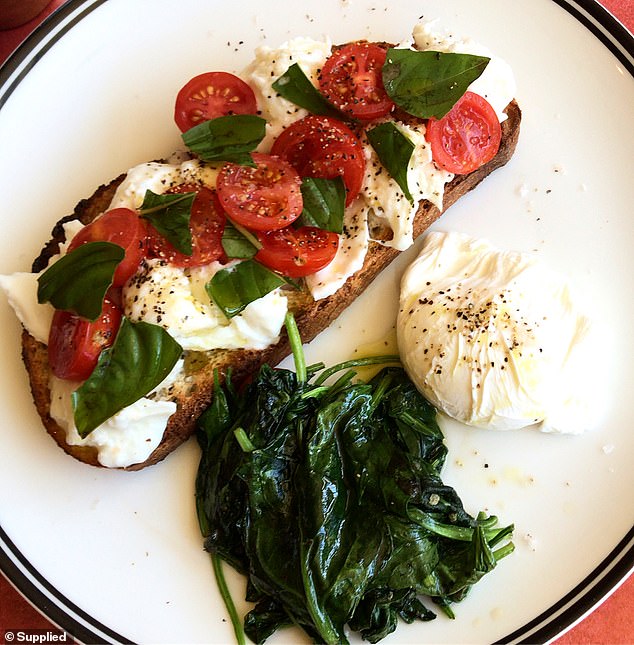 Many marketed-as-healthy breakfast choices are the opposite – including milky coffees, smoothies and Turkish bread. You should opt for wholegrain toast with veggies (pictured)

Previously, fellow dietitian Susie Burrell shared why your so-called ‘healthy’ breakfast might be causing you to put on weight.

Many marketed-as-healthy breakfast choices are in fact the opposite – including milky coffees, smoothies and Turkish bread.

According to Susie, the main mistakes people make with breakfast come down to three simple things:

‘One, they eat breakfast too late – at 9 or 10am,’ Susie told Daily Mail Australia.

‘The earlier you have breakfast, the better it is for your metabolism,’ she added.

Secondly, the dietitian said you could be unwittingly putting on weight by simply not counting the calories from your morning caffeine hit:

‘Milk-based coffee, such as a latte, has a similar number of calories as a slice of toast, so we need to count them,’ Susie said.

The third mistake is ‘not getting enough protein’.

‘High carb breakfasts such as toast and plain cereal will not fill you until lunchtime, you need 20 grams of good quality protein at breakfast to keep your insulin and glucose levels controlled,’ she said.

The dietitian recommends getting protein from ‘two eggs, baked beans and cheese or Greek yoghurt or a protein shake’.

Among the unhealthy breakfast choices so many of us make are Turkish toast and Vegemite:

‘It’s packed full of refined carbs – the same amount of carbs as between six to eight slices of bread!,’ Susie said.

She also recommends we steer clear of banana bread – which is ‘basically cake’.