A late spring evening, the heat of the sun still hanging on the breeze, getting to know each other while strolling hand in hand to eat pasta overlooking the ocean.

That’s the first date a young Sydney woman imagined when a man she matched with on Tinder suggested they go for an Italian dinner on South Cronulla beach.

It’s what most would expect, so imagine her surprise when her would-be beau pulled up outside Domino’s, ordered a takeaway pizza from the app and forced her to go inside to collect their meal – because she had lost a game of rock, paper, scissors.

Chivalry gasping for air, he almost brought the night back from the brink by giving her his card to pay.

But their fledgling romance burst into inextinguishable flames when the card was declined, leaving her no choice but to foot the bill for their drive-in dinner herself.

Would you walk out on this date?

Disillusioned, dejected and down $30 that she’ll never get back, the woman was ready to go home, but on the way her persistent date asked if she’d like to ‘stop off and grab a drink of some sort’.

She said she would like some water and he graciously obliged – by stopping the car beside a public drinking fountain.

The cringeworthy experience was recounted by the woman’s sister on Thursday morning’s Kylie and Jackie O Show on KIIS 106.5 FM, leaving the co-hosts in laughter and disbelief.

It’s certainly a tale of woe, but it’s by no means the first disastrous first date Australian singles have endured. 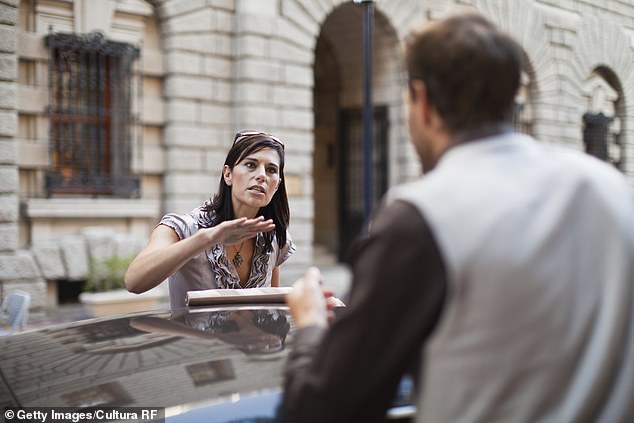 In May,  radio producer Jana Hocking, who works at Sydney’s Triple M station, asked her 13,000 Instagram followers to share their worst dating experiences, prompting dozens of responses that ranged from hilarious to downright horrifying.

One man said he had dinner with a woman who ordered four dishes, ate every bite without much conversation before bluntly revealing she was pregnant with her ex’s child.

A woman went to a bar with a man who told her he was addicted to prescription medication, minutes into their first drink.

Another was horrified to learn about her date’s morbid family history before they had finished their main course.

‘I went on a first date with a guy who told me his dad was in prison for murdering his mum,’ she said.

One man was forced to act as a therapist on a first date with a drunken woman who broke down in tears about her appearance.

‘She showed up drunk and started crying because she didn’t feel attractive,’ he said. 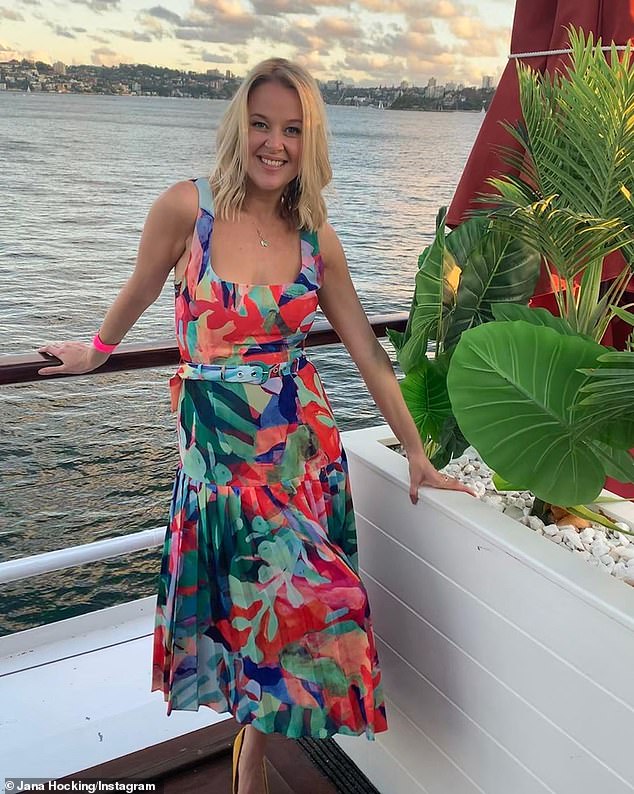 The ego bruising ones

‘She showed up drunk and started crying because she didn’t feel attractive.’

‘The guy asked me how I broke my nose. I’ve never broken my nose!’

‘I got asked if I knew another bloke.. turns out they ended up together.’

‘My date ordered four meals, ate all of them then confirmed she was pregnant with her ex’s child.’

‘Had a great dinner and drinks. I paid. She got up and ran out the door. Backpacker, free meal.’

The ‘not over the ex’ ones

‘His girlfriend turned up at the bar screaming ‘CHEATER’ because she tracked his phone.’

‘My date got a call from her ex, mid-meal.. then left crying.’

‘After a bad date, [the] girl followed me home and knocked on my door two hours later, drunk.’

‘Drank eight pints of Guinness, cried then [soiled] herself on the bar stool.’

The downright bizarre ones

‘I went on a date with a guy who told me his dad was in prison for murdering his mum.’

‘He lost heaps of weight – great – but then he got up at the dinner table to show me his excess skin.’

The ones that never were

‘Drove 1.5 hours to meet her and she messaged to cancel when I was five minutes away.’

‘Made a booking at [an upscale Sydney restaurant]. She never turned up.’ 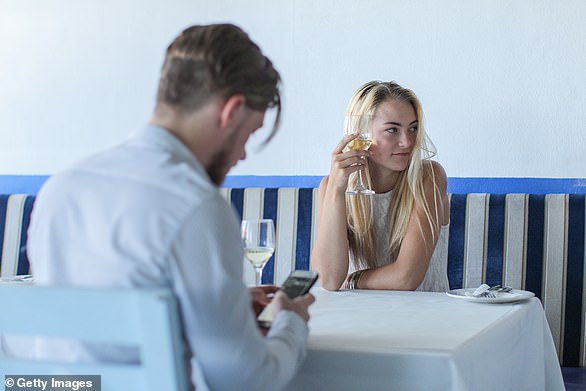 A woman went home with a bruised ego after her date asked how she had broken her nose. ‘I’ve never broken my nose,’ she said.

A jilted romantic made a booking at an upscale Sydney restaurant, dressed to the nines and waited patiently in the lobby – only to be stood up without explanation.

Another made it through dinner with a woman from overseas only to be left with a very hefty bill.

‘Had a great dinner and drinks. I paid. She got up and ran out the door. Backpacker, free meal,’ he said.

A similarly unlucky-in-love man drove 90 minutes to meet a woman for the first time, only for her to cancel when he was five minutes from her front door.

One man was excited about his blossoming relationship with a new woman, until she started asking questions about his friend.

‘Turns out they ended up together,’ he said.