Damian Lewis thinks he would probably make a good spy, partly because of his schooling. Some of Britain’s best known spies – and traitors – went to public school, and the Eton- educated actor isn’t surprised.

‘If you’re sent away from home at the age of eight and you’re asked to cope with that situation, I think there’s an instinctive compartmentalising of one’s emotional life,’ he says.

‘That’s very helpful to a covert life of espionage. It helps you develop a mild sociopathy, which is clearly what spies need to have. Often they’re living multiple lives, not just double ones.

‘I think I’d be a good spy, better than James Bond, who’s a rubbish spy,’ he adds, despite being one of the favourites to take over the role from Daniel Craig. 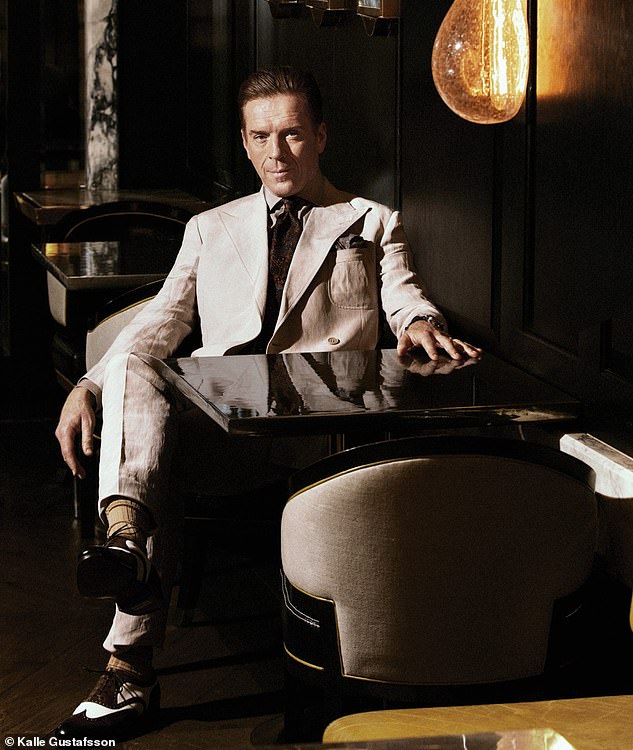 ‘What’s brilliant about Bond is his recovery. Each movie is two hours of him getting himself out of a massive mistake he made quite early on.’

It’s little wonder he’s fascinated by spies. He won acclaim as soldier-turned-potential-terrorist Nick Brody in Homeland, and was cast as MI6 agent Hector in the film adaptation of John le Carré novel Our Kind Of Traitor.

But as outlandish as those stories were, they don’t compare to the twists and turns in the real spy dramas he explores in his first documentary series, Damian Lewis: Spy Wars.

The compelling eight-part series for the History channel delves into some of the world’s most famous espionage tales of the past 40 years by talking to some of the main people involved.

The episodes include an examination of Russian KGB agent Oleg Gordievsky, who passed key information to British intelligence and is credited with averting a nuclear war; the US spies who pretended to be making a Hollywood film in Iran (the inspiration for the Oscar-winning movie Argo); and the story behind Sergei Skripal’s appearance in Salisbury after the biggest spy swap in the post-Cold War era. 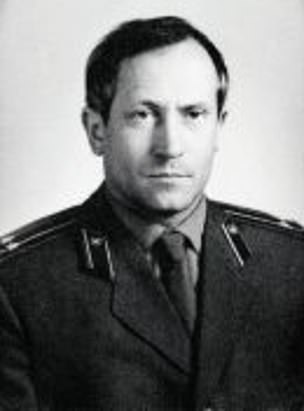 Pictured, Oleg Gordievsky, a Russian KGB agent who passed key information to British intelligence and is credited with averting a nuclear war

‘We’re having a look behind the curtain,’ says Damian, who as well as presenting the series has co-produced it with his brother Gareth.

‘Very few operations reach the front pages because so much happens covertly.

‘Often we only learn about things when they’ve messed up; we don’t always get to know when they’ve done an extraordinary job.

‘It was incredible to look at how Sergei Skripal ended up in Salisbury – he was one of the people swapped after the Americans swooped on ten Russian “illegals” who had been masquerading as ordinary Americans.’

The ten spies, including Anna Chapman who went on to become a celebrity in Russia, were all hiding in plain sight in suburban America, and some even had children together.

The documentary reveals President Obama had to insist the arrests were delayed until after a crucial summit with the Russians.

As well as talking to senior people in the CIA, MI6 and KGB, the series uses unseen footage taken by surveillance teams.

‘One of the most interesting stories is the 2006 liquid bomb plot,’ says Damian. 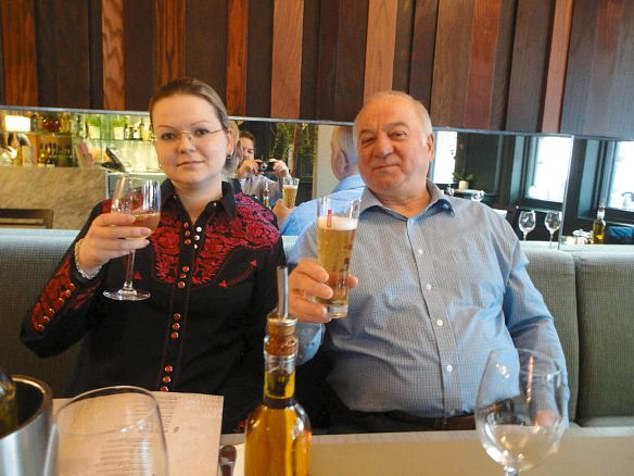 Among stories it will look into is the Skripal family case. They were poisoned in Salisbury after the biggest spy swap in the post-Cold war era

Russian spy Anna chapman (pictured), who went on to become a celebrity in Russia, was one of ten swapped between the US and Soviet Union after ten were arrested by the Americans

‘We look at the surveillance that went on around three guys who came back from Pakistan having been radicalised and trained.

There’s CCTV footage of these men in a newsagents examining the bottoms of juice bottles. They were also caught buying the powder that makes the fizzy drink Tang.

‘The spies watching them had no idea what it might be used for, but then they realised it might be an accelerant of some kind.

And then they saw that industrial amounts of hydrogen peroxide were being bought, and realised a bomb was being created. At the time no one had heard of liquid bombs and they couldn’t understand what they would do with fizzy drinks, but now we know.

Thanks to their surveillance, they thwarted the deadliest terror plot ever devised on home soil. They’d wanted to blow up airliners; now there are limits to how much liquid we can take on planes because the security services know how dangerous it can be.’ 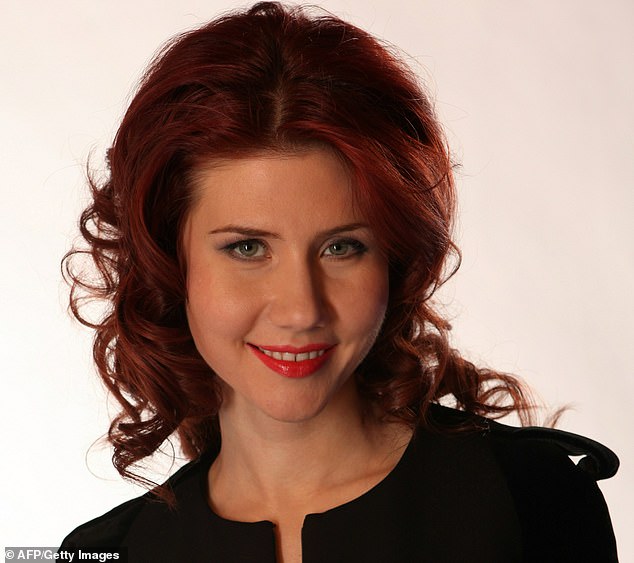 The documentary reveals President Obama had to insist the arrests were delayed until after a crucial summit with the Russians (Pictured: Anna chapman on TV in Moscow in 2010)

Damian’s interest in the world of spycraft grew following an incident during the making of Homeland, after former CIA operative Edward Snowden had leaked classified material.

‘We’d gone for a summit between the Homeland cast and writers and the CIA,’ he recalls.

‘Halfway through the meeting there was this extraordinary moment when John Brennan, the CIA director, came into the room.

‘Totally unsolicited, he started talking about Snowden and became angry. And then, as if he realised what he’d done, he looked slightly awkward and shuffled out, realising he’d revealed too much of himself.

‘He later apologised and said, “It was so unprofessional but the damage that man has done is incalculable and irreparable, and I am so angry.” It was fascinating.

‘At first, I was reluctant to make Spy Wars because I’d never presented before, but then I realised it was an opportunity to look behind these stories and see if we could unearth more and make them more personal. 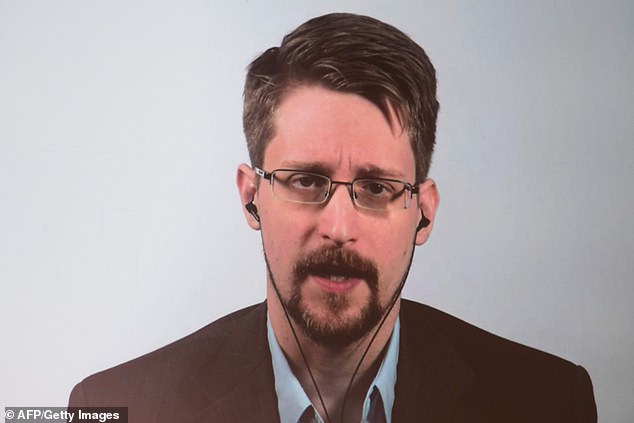 ‘The interesting thing was looking at the ramifications for global politics from some very personal decisions.’

Despite the excitement of the world of spies, one of the hardest things with the show was making it look interesting. That’s why some scenes have been recreated for dramatic effect.

‘Although there are exotic phrases like “dead drop” and “brush past”, they literally mean two people walking into the supermarket with the same Sainsbury’s bag and doing a quick switch. It is very effective though, and it can be done by people who aren’t spies.

‘In one of the episodes we look at Vladimir Vetrov, who was a KGB officer and secret operative for the French Intelligence Service.

‘Because the French didn’t have many agents in Russia, at one point they asked a diplomat’s wife to make the drop. Sometimes things are oddly amateurish, but I think everyone enjoys that buccaneering side of spycraft.’