A doting dad surprised his three-year-old daughter by building her an enormous SpongeBob SquarePants-inspired igloo while she was sleeping.

Oscar Risco, a contractor from Brooklyn, New York, spent a whopping 10-hours making a nine-foot replica of SpongeBob’s pineapple house out of snow for his daughter Aliyah earlier this month.

‘She saw it was snowing, and the first thing she said was she wanted an igloo,’ he told Brooklyn Paper. 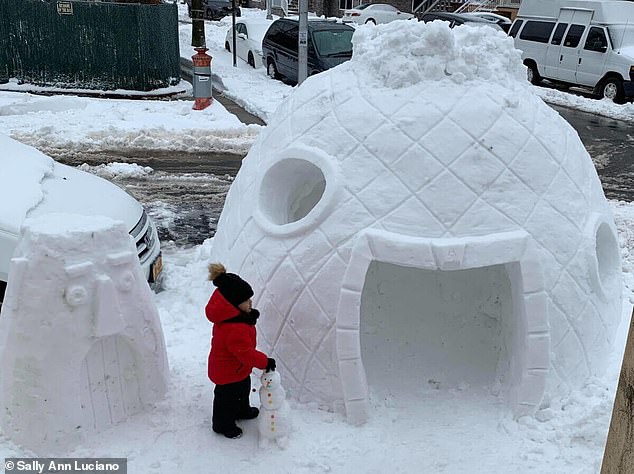 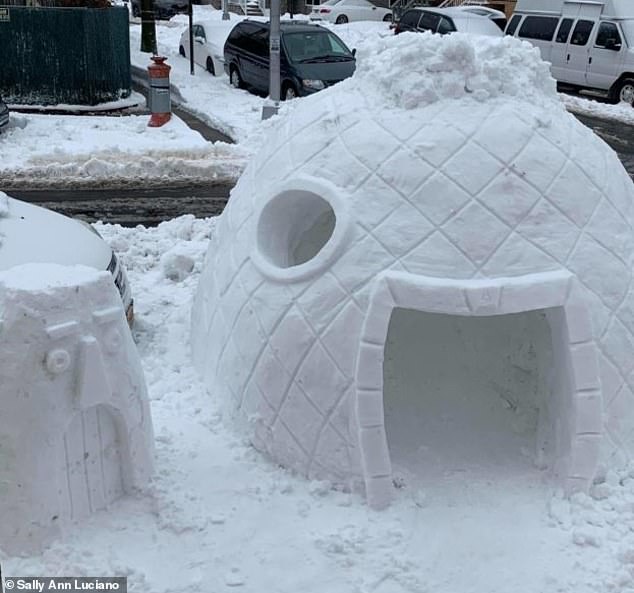 Hard work: The dad spent 10 hours building the nine-foot-tall structure. Aliyah had helped him choose the design for his latest igloo before it even started snowing

Risco said he been making igloos for his children since his 21-year-old son was a young kid, explaining that it’s a creative outlet for him.

Aliyah had helped him choose the design for his latest structure before it even started snowing and was eagerly waiting for him to build it.

The dad was shoveling snow into a pile in front of his house when he decided to start the project, working well into the night while his daughter slept.

In addition to the enormous igloo, he also made a smaller replica of the home where SpongeBob’s neighbor Squidward lives. 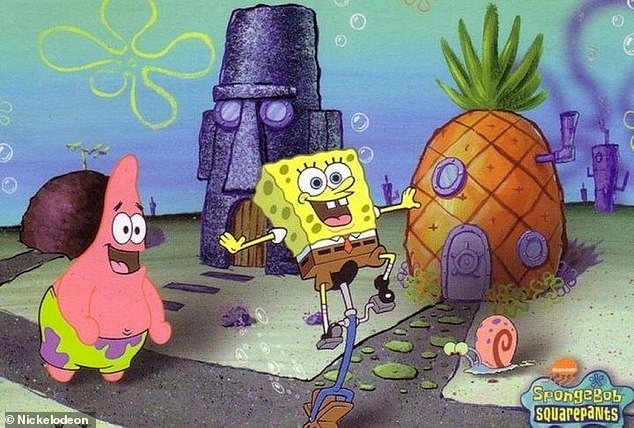 Incredible: The igloo was a replica of SpongeBob’s pineapple house in the cartoon 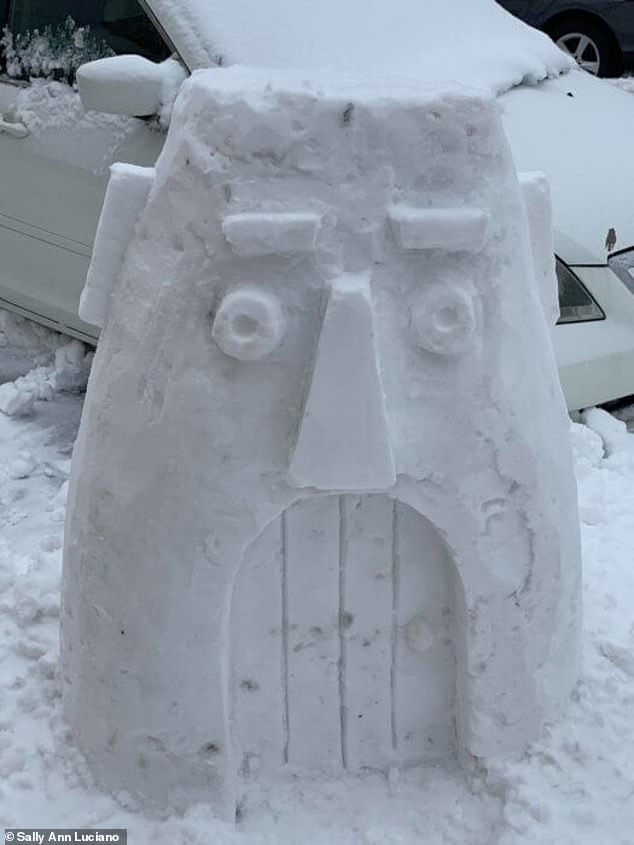 Added touch: In addition to the enormous igloo, he also made a smaller replica of the home where SpongeBob’s neighbor Squidward lives

Risco was up past 4 a.m. building his creation and didn’t get much sleep after that. Just a few hours after he went to his bed, his daughter woke up and saw the igloo.

Unsurprisingly, Aliyah wanted to play in it immediately and dragged her dad out of bed in her excitement.

The igloo has also been a hit with the other kids in the community, who look forward to the activities Risco and his wife plan for them.

‘We really attract the entire neighborhood over,’ he said.