Creatively-minded mothers are now making candles in slow cookers – a clever use for a kitchen appliance designed for whipping up casseroles and curries.

The idea was shared anonymously in an Australian Facebook group dedicated to recipes and hacks for slow cookers, which cost $19 at Kmart and $25 at Target.

According to the post, candles are surprisingly easy to make with just four simple ingredients: soy wax flakes and wicks, both available from eBay, washed glass jam jars and coloured crayons.

The jars should be filled with wax and a crayon to colour it, then left in a slow cooker on a high heat for three hours. 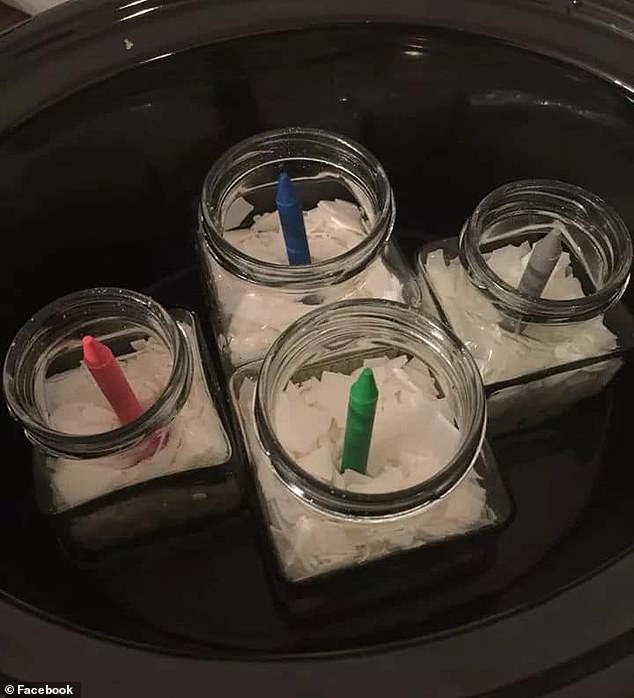 Candles can be made in the slow cooker with four ingredients: soy wax flakes, wicks, jam jars and coloured crayons 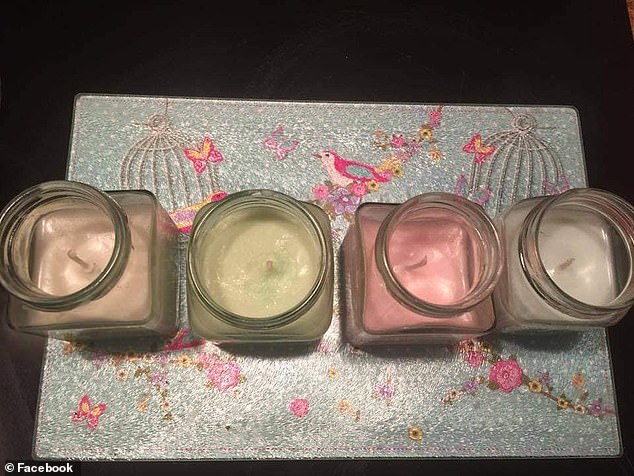 About three centimetres of water should be poured into the base of the cooker to ensure the wax melts evenly.

Chefs call this a ‘bain marie‘, the French term for ‘water bath’.

After three hours, the wax should be melted into a thin liquid and the jars should be carefully removed, taking care not to spill wax over the sides.

A wick goes in the centre of each jar with the end looped around a toothpick or small diffuser stick to secure them in place before the wax hardens and sets.

Essential oil can also be added at this point for fragrance.

The Facebook post did not specify how long it takes for the wax to set, but estimated it would be ‘a couple of hours at room temperature’. 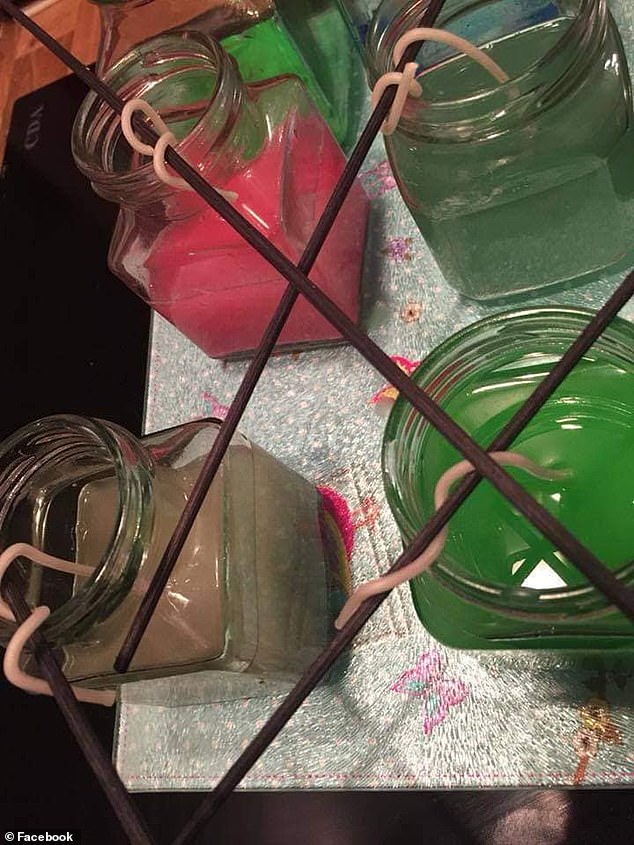 Photos of the finished candles have drawn delighted responses since they were shared online, with comments including ‘one to try’ and ‘how cool is this’.

But not everyone was so impressed, with some arguing the candles would taint the cooker with a synthetic smell, making it unusable for cooking.

‘Please no one actually do this,’ one woman said.