A couple battling trust issues said going on dates with other people after six months together has brought them closer.

Recruitment consultant Elliot, 24, and sales consultant Poppy, 19, both from the south of England, met on Tinder but admitted that, despite getting on well, they are ‘polar opposites’.

While Elliot loves nothing more than partying and going to raves with his mates, teetotal vegan Poppy prefers a quiet night in.

To make matters worse, Poppy was left with trust issues after a previous bad relationship, meaning she found it difficult when Elliot was out without her. 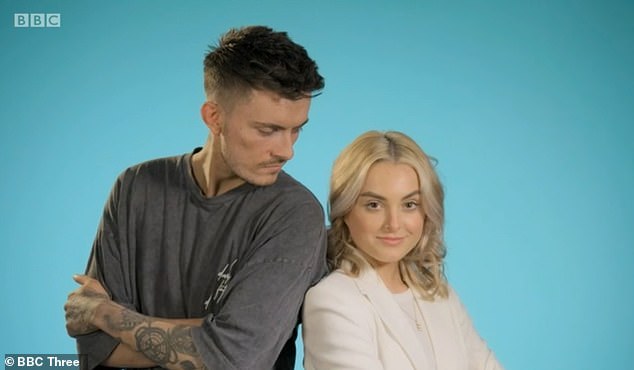 Recruitment consultant Elliot, 24, and sales consultant Poppy, 19, both from the south of England, said going on dates with other people after six months together has brought them closer 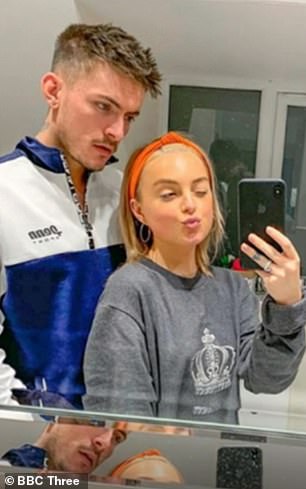 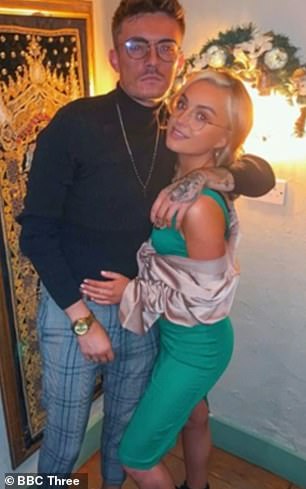 Poppy and Elliot had been together for six months since meeting on Tinder but admitted that, despite getting on well, they are ‘polar opposites’

After six months of dating, with Poppy’s anxieties ‘making things a bit of a nightmare’ according to Elliot, the pair began to question whether their different lifestyles would gel long-term.

They decided to take part in a social experiment by going on dates with other people. The couple featured in BBC Three’s Just One Night, giving couples ‘the ultimate free pass’.

While the make-or-break experience ended in tears for some, Poppy and Elliot say for them, it made them stronger.

They have since spent lockdown together and are now happily planning their future – and they’ve even kept in touch with their respective dates.

‘It definitely brought us closer together,’ Poppy told the BBC. ‘I think I did have issues from a previous relationship. I don’t like to class myself as being an insecure person but when it came to being in a new relationship it brought all of that out of me again. If anything similar happened [with Elliot], it put us 10 steps back in our relationship.’

She admitted that she found the fact Elliot is ‘so laid back and open’ difficult because she was used to being with someone who was the opposite. 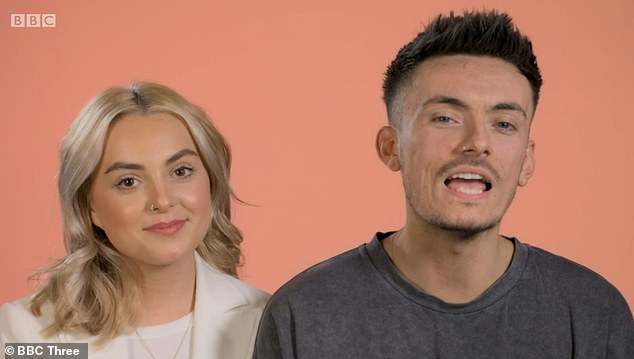 With Poppy’s anxieties ‘making things a bit of a nightmare’ according to Elliot, the pair decided to take part in a social experiment by going on dates with other people

‘The show made me realise what I was like and that I should relax a bit and trust him some more,’ Poppy said.

‘Being put in a situation like that on the show, seeing your partner on a date with another person, it puts it all into perspective. I was like, “I don’t really want this and if I keep going the way I am and pushing him away this could potentially happen”.

‘I was in a bit of a state on my date. I’m very thankful I was put with someone who was really open with the whole situation and really kind, and very helpful towards me and my relationship. We still speak to him, and the girl Elliot went on a date with. We haven’t managed to meet up yet but we want to!’

Elliot said it was ‘a bit weird’ seeing Poppy on a date with someone else and it played on his mind big time when he returned to the hotel alone afterwards. 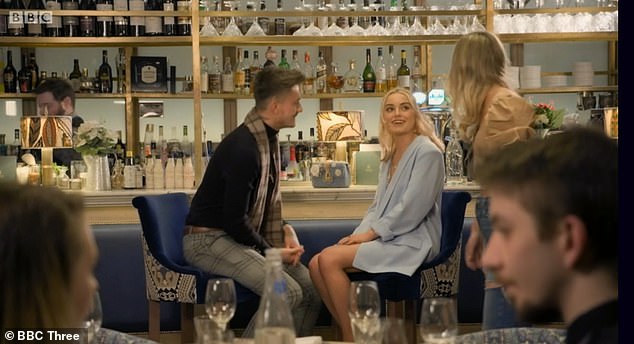 Poppy said the show made her realise she had trust issues and that she needed to relax a bit and trust Elliot more. Pictured: Elliot’s date arriving on the show 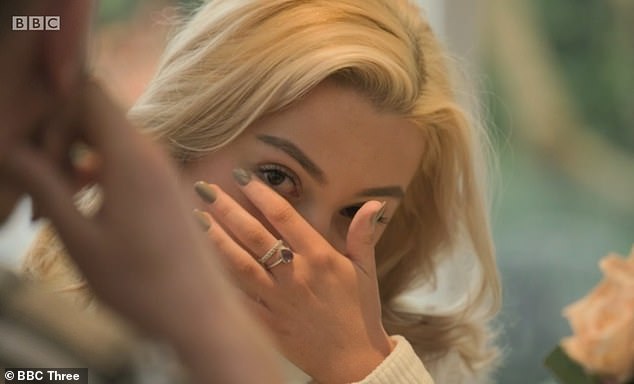 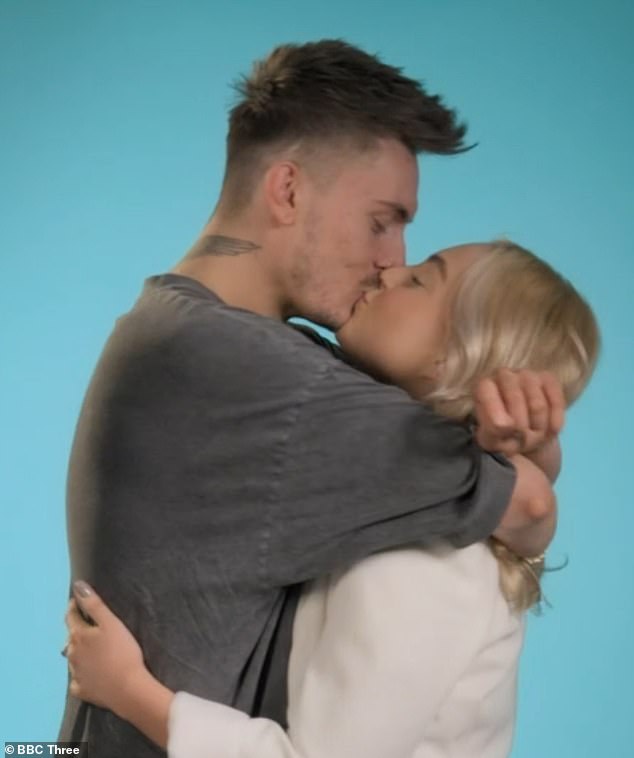 Thankfully at their reunion in the morning, the couple both agreed they were happy with each other and weren’t tempted by the prospect of being with someone else.

During the first national lockdown they lived together and now feel much more content in their relationship.

‘I realised how comfortable Poppy makes me feel,’ Elliot told the BBC.

‘Some people can trigger your anxieties and in the situation I did feel anxious but I very quickly realised Poppy doesn’t make me feel like that. She makes me feel good in the relationship.’

All episodes of Just One Night are available to watch now on BBC iPlayer.