Consumer experts from Choice have revealed the best and worst homewares items you can buy from IKEA – and it’s good news if you’re in the market for a new bed and a good night’s sleep.

The leading consumer advocacy group revealed that while the Swedish store often ‘hits the mark with a huge range of great-value, functional products’, there are a few items you should steer clear of too.

From wall ovens to fridges, cots and highchairs, FEMAIL reveals the products you should invest in from IKEA – and the ones to give a miss. 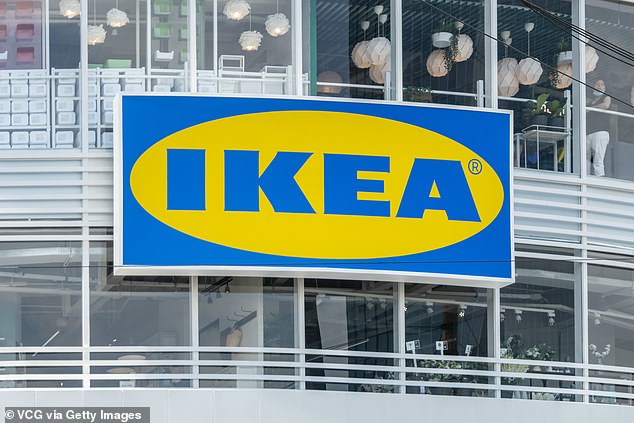 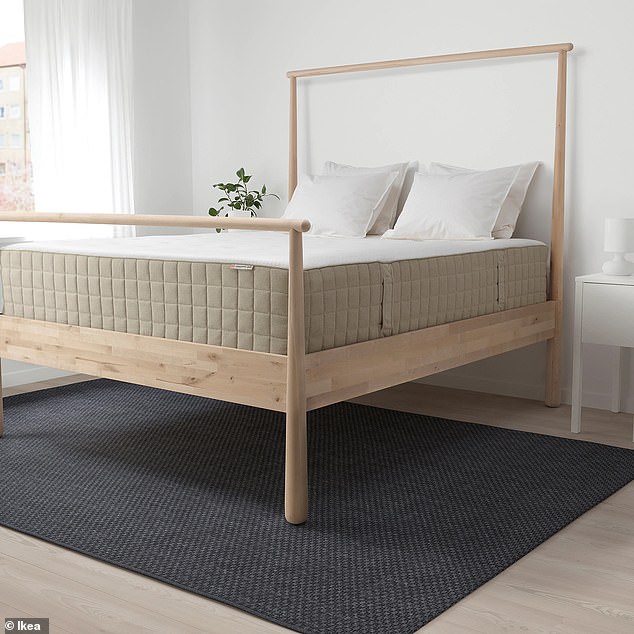 Choice’s home expert Peter Zaluzny said IKEA offers a ‘solid’ range of mattresses (pictured), all of which have additional advantages over other brands

WHAT ARE THE GOOD BUYS FROM IKEA?

On the whole, Choice’s experts found it’s quite difficult to go wrong with a mattress from the Swedish store.

Their home expert Peter Zaluzny said IKEA offers a ‘solid’ range of mattresses, all of which have additional advantages over other brands.

‘IKEA’s free trial period of a year is three times longer than Koala’s or Sleeping Duck’s, plus their warranty lasts a whopping 25 years and it’s easy to try each mattress in store before entering the free trial period,’ Peter told Choice.

Another positive around the mattresses is that there are plenty of models to choose from, depending on what your sleep style is.

Choice tested six of IKEA’s mattresses recently, which range in price from $349 to $699.

An impressive four of the six items scored a Choice Recommendation from the experts.

However, there is one IKEA mattress that Choice’s experts said you should steer clear of, due to issues with ‘sagging over time, incorrect firmness and a poor sweat repellent score’.

This is the IKEA Hokkåsen, which scored just 60 per cent in testing but costs $599.

Choice said good IKEA models include the Fillan, the Eva and the Hidrasund models, among others.

The second item the experts said you should definitely buy from IKEA is a cot mattress, as over half of the products they reviewed were recommended.

‘We test cot mattresses for safety, which includes firmness and accuracy of dimensions and of the 39 we’ve reviewed, we recommend over half,’ Choice found.

The Drommande is the top buy, with a staggering 100 per cent score. 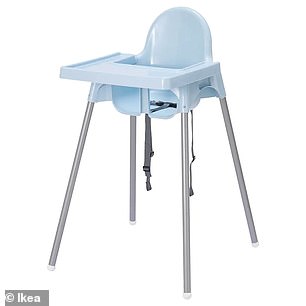 The IKEA Antilop highchair (pictured) costs just $24.99, but is cheap and lightweight

If you’re in the market for a new highchair for your baby, look no further than the Antilop model, which Choice found to be a bargain buy that does the job.

The highchair costs just $24.99, and is cheap and lightweight, making it perfect for babies and moving around.

‘The IKEA highchair is simplicity and function rolled into one affordable piece of baby equipment,’ one Choice member said.

‘Everyone I know who has purchased a cheap IKEA highchair as a “back-up” at granny’s, or for a holiday house, have soon discarded their fussy, expensive chair in favour of this one.’

The budget buy also boasts an impressive four and a half star rating online. 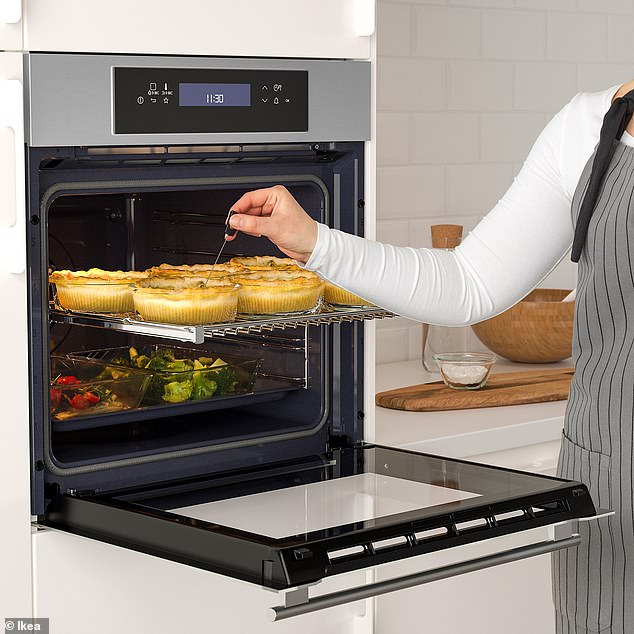 Choice’s experts were impressed with the performance of IKEA’s wall ovens and cooktops for modest prices, and they said there are plenty of quality options when it comes to cooktops across their gas, ceramic and induction ranges.

Ovens can be expensive, but IKEA’s products range between around $1,000 and $3,000 – meaning there is something suitable for every budget.

One of their best-selling ovens is the Kulnarisk model, which costs $999. 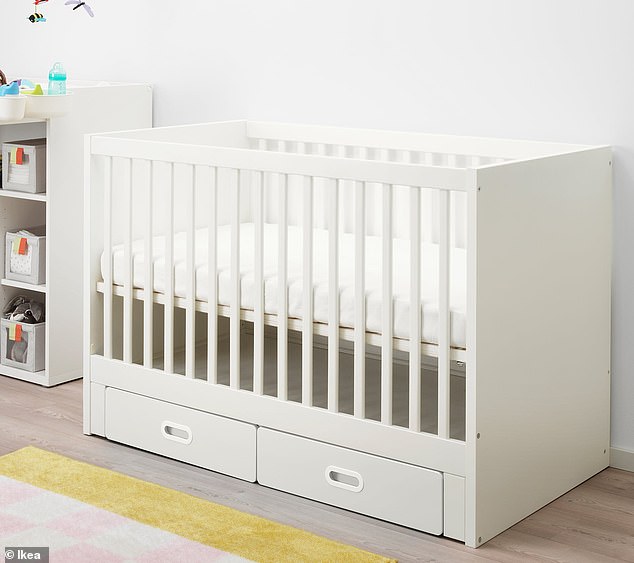 Choice recommend you be wary around IKEA’s cots, as reviews ‘vary notably in terms of quality, ease of use and safety’ (the Stuva model pictured)

WHAT ARE THE ITEMS YOU NEED TO BE WARY OF FROM IKEA?

Choice recommend you be wary around IKEA’s cots, as reviews ‘vary notably in terms of quality, ease of use and safety’.

If there is one item that you shouldn’t buy, their experts said it is the IKEA Stuva cot ($409), which is extremely hard to assemble and had a ‘minor fail for safety’. 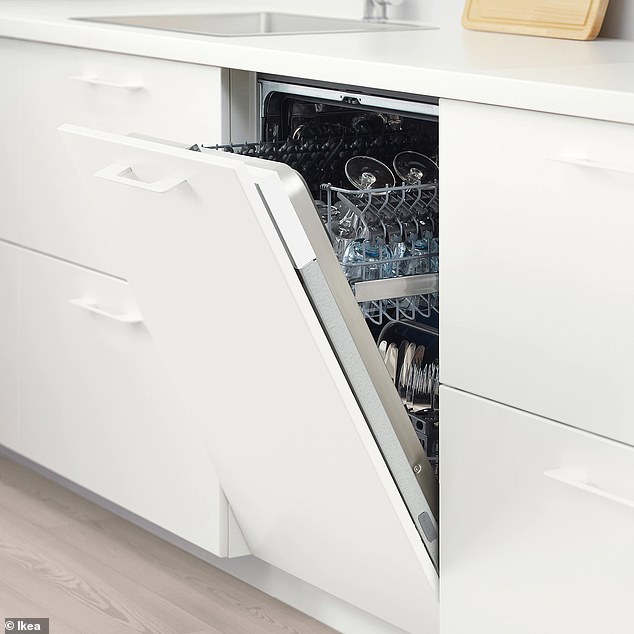 Choice also recommend that you be wary around the IKEA dishwashers, especially the Lagan model ($279; pictured)

Choice also recommend that you be wary around the IKEA dishwashers, especially the Lagan model ($279), which ‘delivers middle-of-the-road performance, with limited features’, according to product expert Ashley Iredale.

‘It does the job and doesn’t cost a lot. It’s relatively noisy and expensive to run though,’ he said. 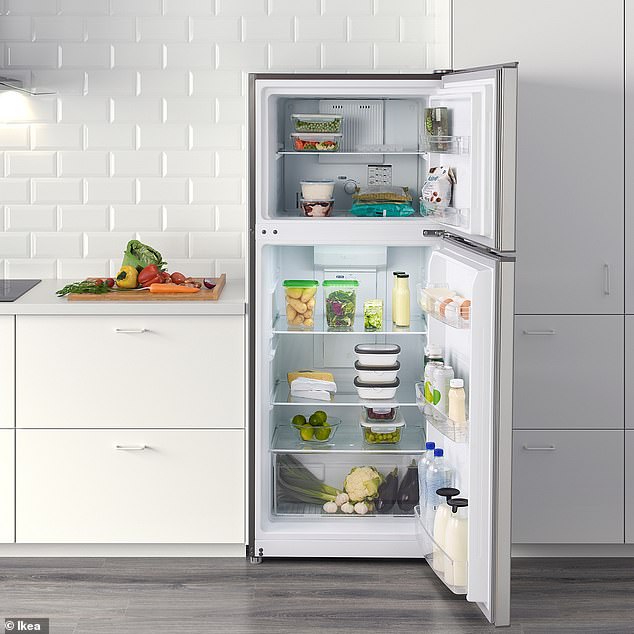 Finally, Choice had a category for the items to avoid – including the Nedkyld fridge ($799; pictured)

WHAT ARE THE ITEMS YOU NEED TO AVOID FROM IKEA?

Finally, Choice had a category for the items to avoid – including the Nedkyld fridge ($799), which failed its energy test, meaning it uses a lot more electricity than it claims on its energy star rating label.

Their experts found its freezer temperatures changed by 10 degrees Celsius depending on outside conditions, which means your food won’t last as long. 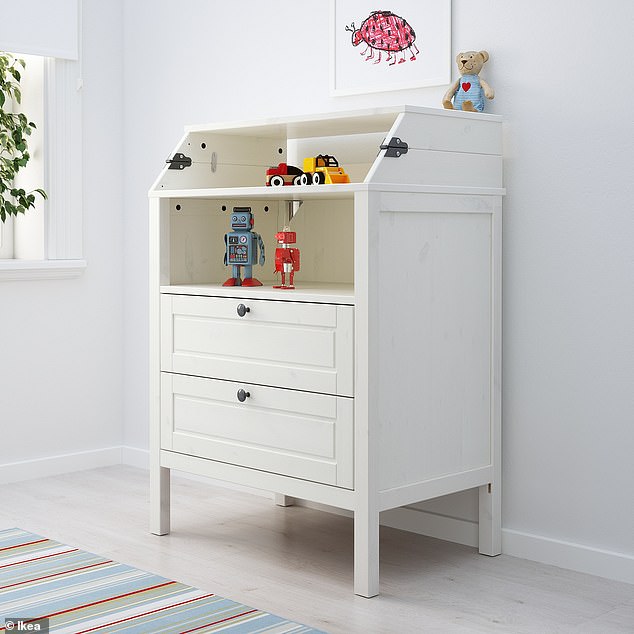 While this nursery buy may be cheap at $249, Choice’s experts said you definitely shouldn’t buy it as it has a staggering 199 pieces that need to be assembled (pictured)

While this nursery buy may be cheap at $249, Choice’s experts said you definitely shouldn’t buy it as it has a staggering 199 pieces that need to be assembled, and also failed their in-house stability test.

Expert Kim said: ‘This change table is a recipe for trouble and is best avoided. The hinges that are used to unfold the table can buckle if they’re not secured.

‘Parents are obviously busy and are likely to flip the table open and change their child without latching the hinges, which makes them weaker and prone to breaking.’

Teenager banned from her own BROTHER’S wedding photos

Foodie tackles frozen honey trend with VERY surprising results – so would you try it?