A chef has revealed how he saves hundreds of pounds a year by foraging for food instead of shopping in the supermarket.

Dan Coles, 26, from Nottingham, forages for both work and for his home-cooked meals – often heading out into the forest to find fresh ingredients.

Dan, who works as a sous chef at Iberico World Tapas in Nottingham, also runs his own pop up in restaurant where he often serves foraged foods to his customers.

While Dan doesn’t know the exact amount he’s saved foraging – simply saying it’s ‘a lot’ – outdoor lifestyle brand Orvis estimates households could save up to £700 a year by picking blackberries, garlic, elderflower and nuts, rather than shopping. 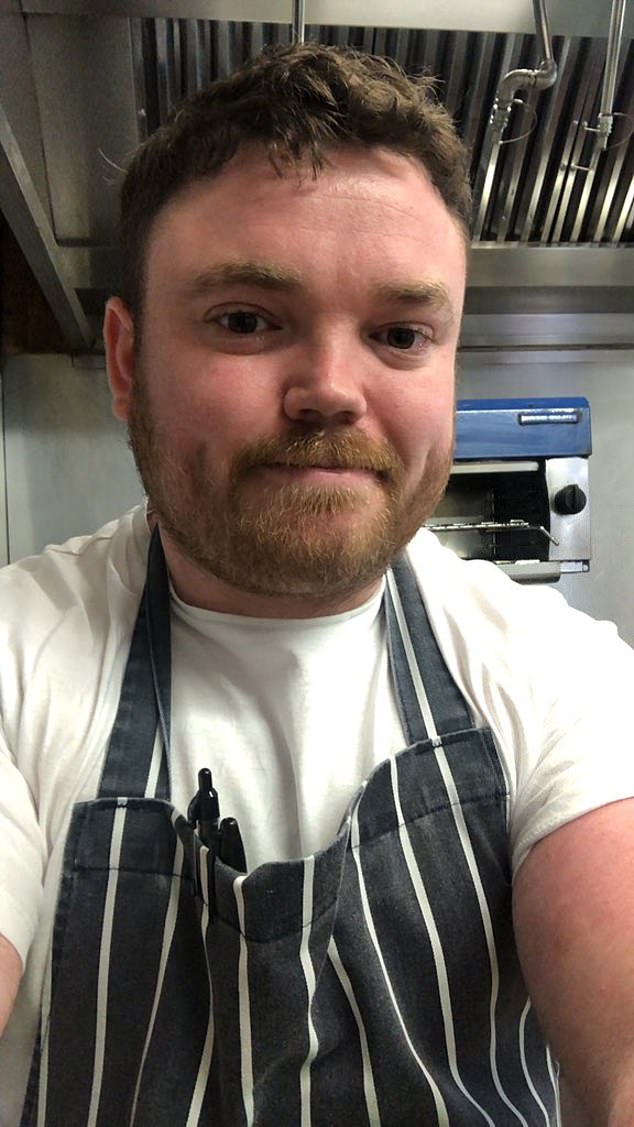 Chef Dan Coles, 26, pictured, from Nottingham, forages for both work and for his home-cooked meals – often heading out into the forest to find fresh ingredients 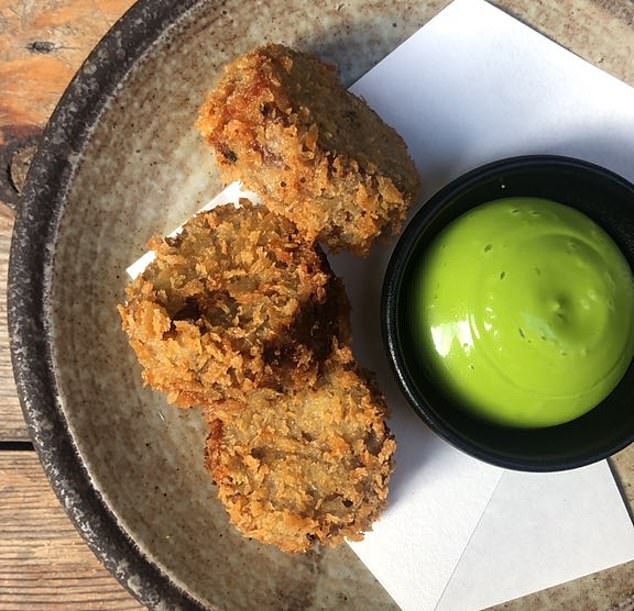 Dan created these beef and manchago croquettes, served with wild garlic alioli. The alioli is made using wild garlic oil that was foraged

Plants are not the only thing being picked, in the UK there are varieties of fruit, vegetables, bugs and insects, fish and herbs that savvy forager cultivate, and it even happens in urban areas.

If you do want to try your hand a foraging, Dan recommends that you make sure you source from land that isn’t private – and the food isn’t poisonous.

There is a key rule to remember too, and that is to do so responsibly. Over-picking is deemed a no-no.

Speaking to Femail, Dan explained he mostly forages on an as-needed basis.

He said: ‘I only really forage when I have an idea for a dish, or a certain wild ingredient has come into season such as wild garlic or damsons and I want to make the most of its short season.

‘When a dish that uses a foraged ingredient goes on the menu at Iberico or at my pop up, it increases a little and I’ll probably go once or twice a week depending on what we’re doing with it. 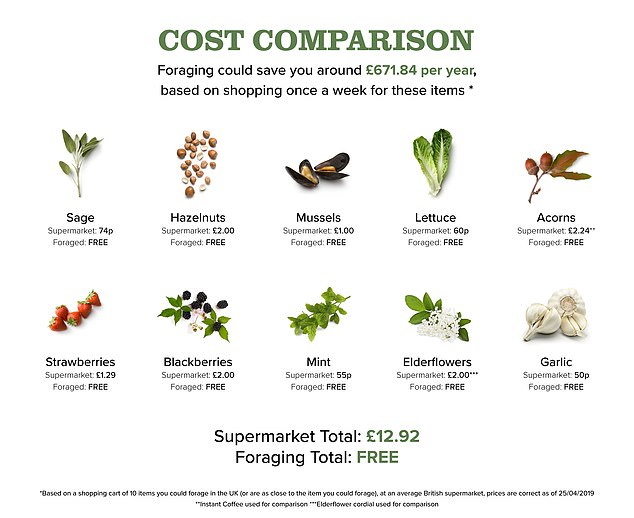 Outdoor lifestyle brand Orvis predicts households could save up to £700 a year by picking blackberries, garlic, elderflower and nuts, rather than shopping 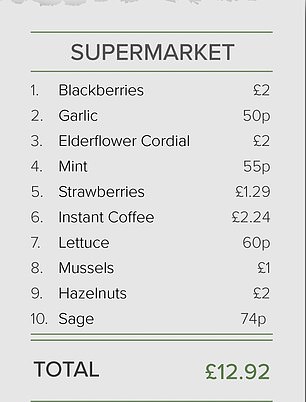 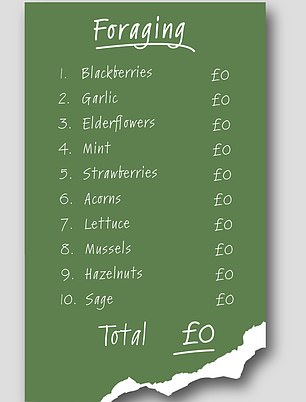 Above, a comparison of some of the expensive ingredients that are free when foraged

‘For instance, if I’m making a big batch of pickled elderberries I’ll go and spend and a morning picking a bulk amount, and then spend the afternoon at work pickling and only go out foraging for them the once.’

Wild garlic is a a favourite of Dan’s and he always make sure he goes out when it’s in season.

‘I think it’s such a versatile ingredient and it grows in abundance.

‘The flowers taste amazing in salads, then the leaves can be used in so many ways and the remaining seed heads are great when they’re pickled and used in place of capers. 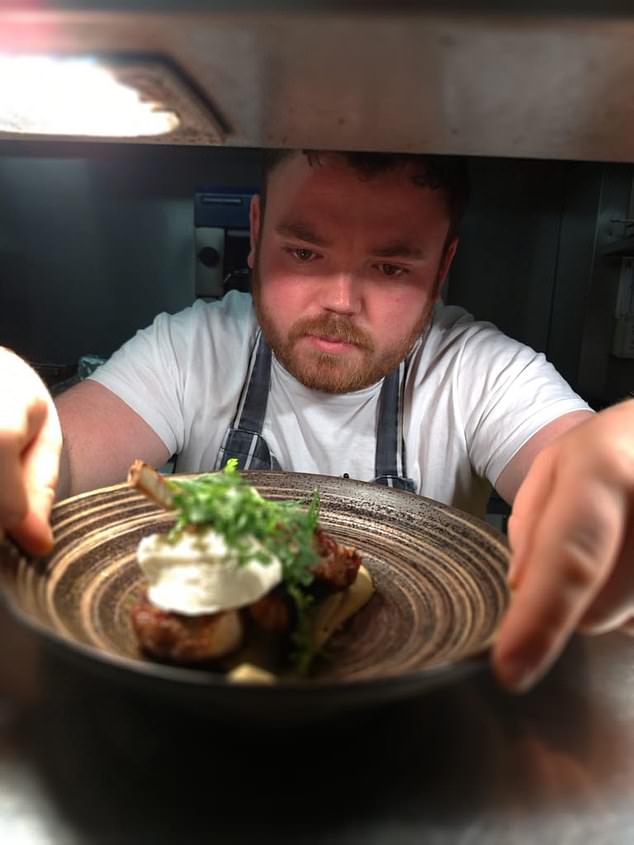 Dan, who works as a sous chef at Iberico World Tapas in Nottingham, also runs his own pop up in restaurant where he often serves foraged foods to his customers

‘I went out collecting wild garlic last week and I think my girlfriend and I have had it in every meal since.

‘For me, it makes me appreciate the ingredients I work with much more. It makes me want to find a use for everything I’ve spent time sourcing and picking and ensures that I not waste anything.’

Dan is passionate to avoid wasting food and forages to minimise his own waste. In 2015, there was an estimated 7.3million tonnes of household food waste, at a cost of around £13 billion in the UK alone.

‘I also love going out and collecting elderflower,’ Dan continued. ‘I use it to infuse gin and vodka, making cordial, vinegar and even ice cream, I love its flavour. 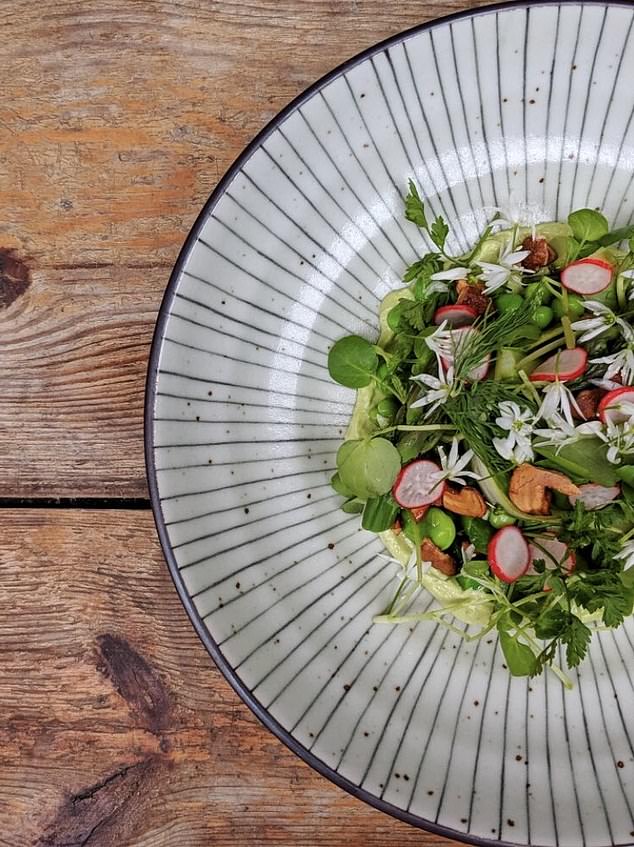 Dan made this salad with a wild garlic and cashew sauce, English peas & broad beans, asparagus, wild garlic flowers & herbs. Some of the herbs are foraged as well as the garlic

‘I just enjoy going out and picking ingredients that you know have not been planted by someone, and they are as natural as they can and should be.

‘You know how fresh the ingredients are and you know where they’ve come from and that they’re unadulterated.

‘I think going out and foraging makes you be more creative, as you want to make the most of what you’ve gathered.’

For those who want to forage themselves, Dan recommends ‘knowing the optimum time is key’

‘Especially as we go into Spring, a lot more wild options become easily available to us.

‘Produce such as herb flowers in salads, wild garlic in compound butters and dressings are easy additions to dishes.’ 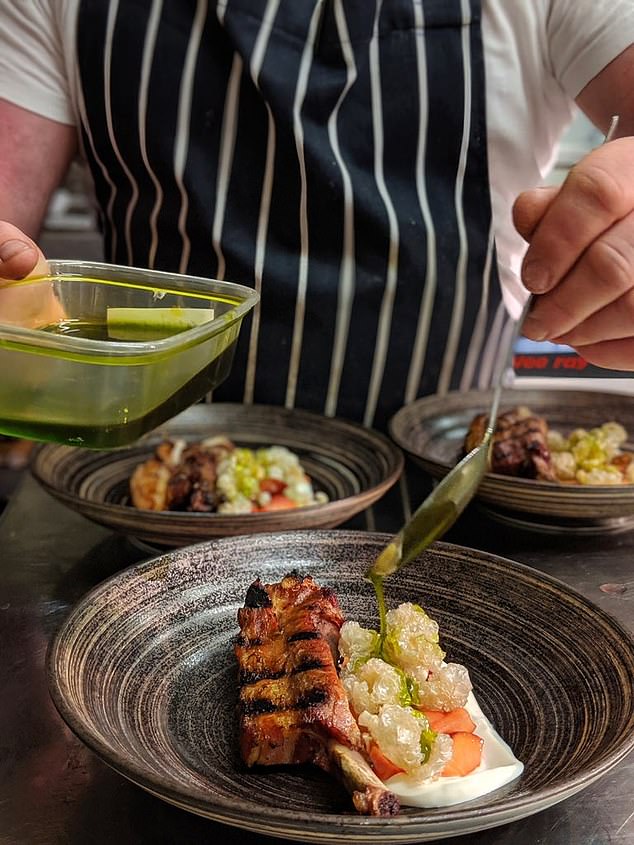 Royal enthusiast reveals how she has spent $30,000 on outfits