A selection of candid snaps of Marilyn Monroe are expected to fetch $9,000 when they are auctioned this week.

The photos were taken by her friend, Hungarian-born photographer Andre de Dienes, on three separate occasions between 1945 and 1953.

The images show the actress frolicking on the beach, playing in the snow and posing at the Bel Air Hotel.

They are currently owned by a private collector who is putting the set up for auction at Nate D Sanders auction house in Los Angeles. 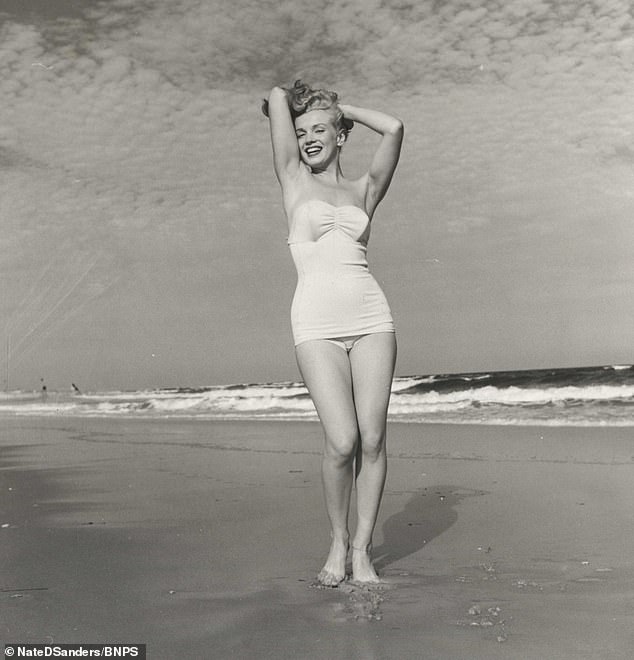 A selection of candid snaps of Marilyn Monroe are expected to fetch $9,000 when they are auctioned this week.  Pictured, the actress on Tobey Beach, Long Island, in 1949 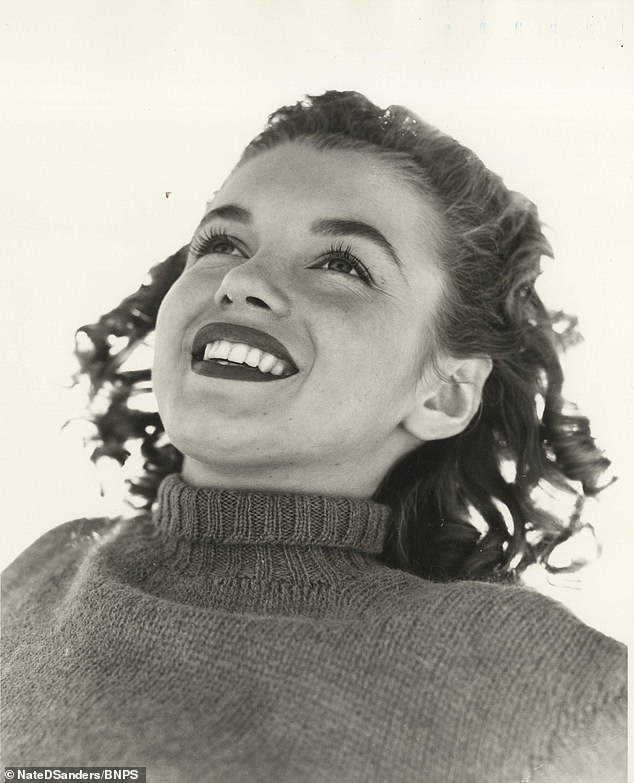 In one of the first pictures taken by de Nienes in 1945, Marilyn, still known as Norma Jean, is only 19-years-old and can be seen  during a winter holiday 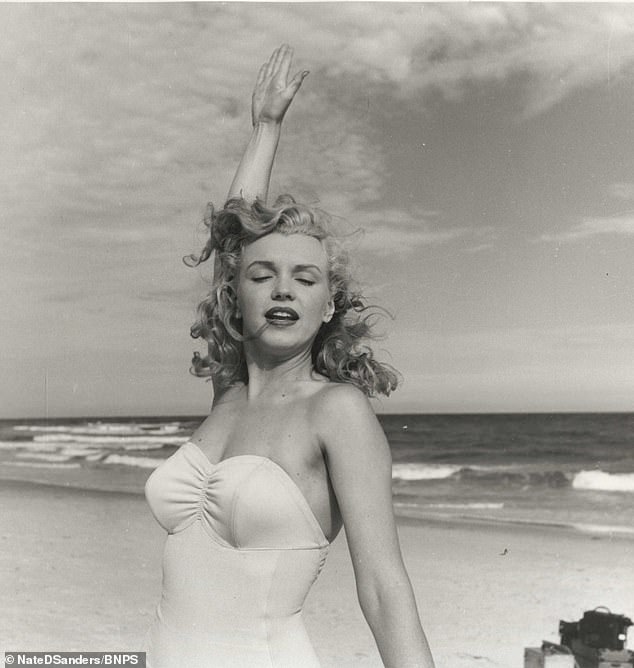 De Nienes captured Marilyn before her fame, and at the height of her career. In this 1949 picture, the starlet is beaming during a day on Tobey Beach, Long Island

In the earliest photos, Monroe was just 19-years-old and still known by her birth name, Norma Jeane.

At the time, she was a model who had left her first husband James Dougherty and was hoping to transition into acting.

Dienes paid Monroe the hefty sum of $200 (the equivalent of £5,700 today) to go on a road trip with him where he would photograph her in natural landscapes.

One photo shows Monroe looking angelic as she sits in the snow on Mt Hood, Oregon, with another focusing on her face. 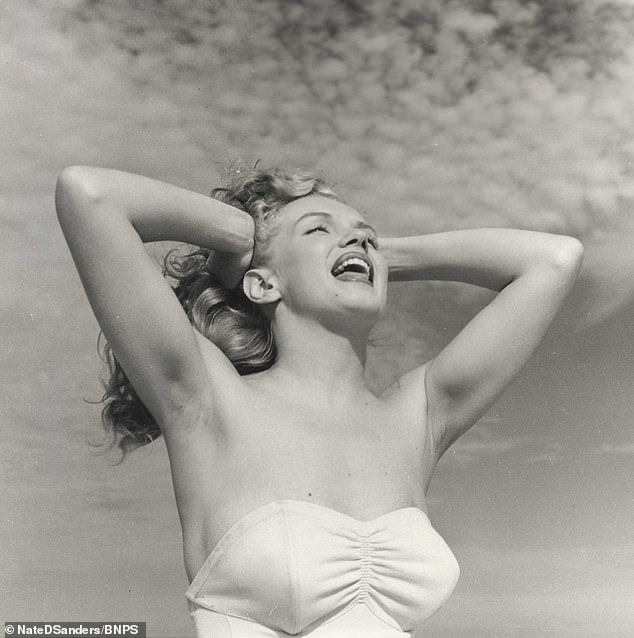 Dienes, who was a friend of Marilyn, said she thought she was an angel when they first met (Monroe pictured in 1949 on Tobey Beach, Long Island) 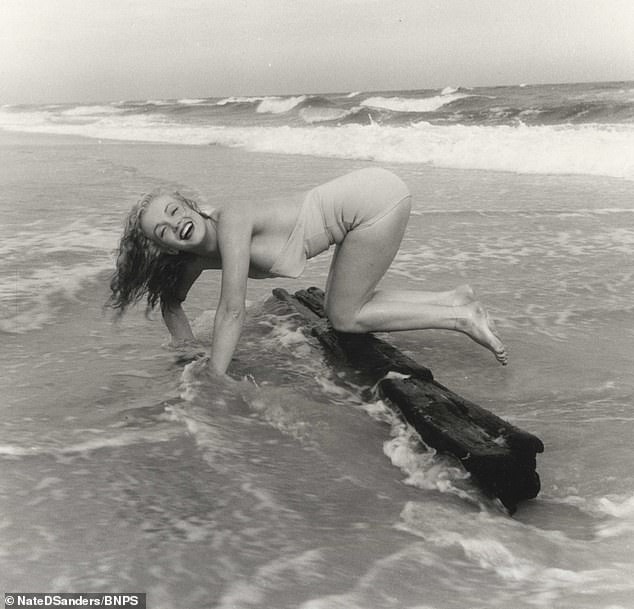 In one of the candid snaps, the star can be seen frolicking in the water on Tobey Beach, Long Island in 1949

Describing their first meeting in his memoirs, Dienes said: ‘It was as if a miracle had happened to me. Norma Jeane seemed to be like an angel.

‘I could hardly believe it for a few moments. An earthly, sexy-looking angel! Sent expressly for me.’

The final two images were taken at the Bel Air Hotel in Los Angeles in 1953. 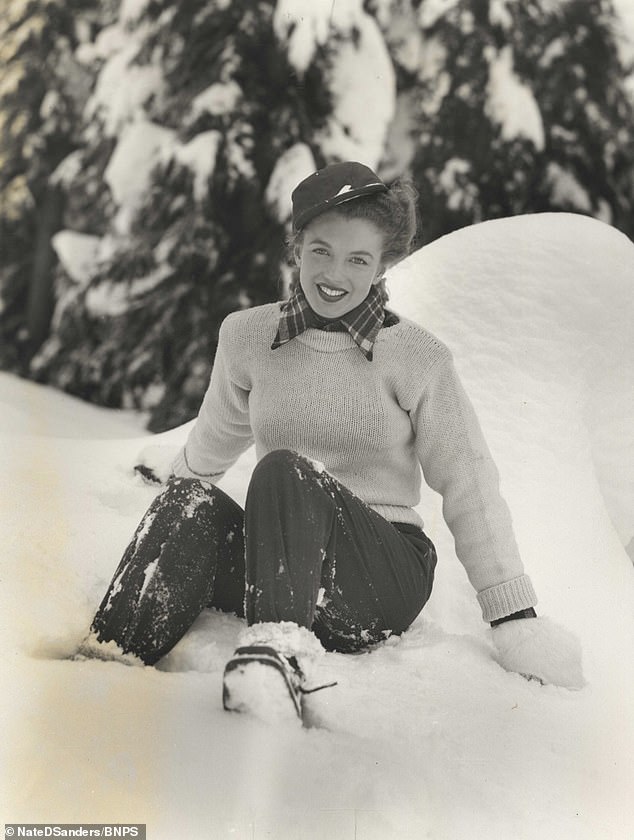 De Nienes paid Monroe, then a model, to let him take pictures of her during a road trip in 1945

She seems in a very relaxed mood as she does a stretch in one photo, and reads a book in the other.

It was a big year for her with the release of the films ‘Gentlemen Prefer Blondes’ and ‘How To Marry a Millionaire’ which propelled her into super-stardom.

The photos are being sold by a collector with US-based auctioneer Nate D Sanders.

A Nate D Sanders spokesperson said: ‘It is rare to have such a large quantity of original Marilyn photos.

‘Andre de Dienes photos of her are some of the most collectible – the ones from 1945 are when Marilyn and him were in a relationship together and they remained good friends until her death.’

De Nienes described Monroe as ‘a sexy-looking angel.’ The pictures used to belong to a private collector, who recently decided to put them up for auction. Pictured: Monroe on Tobey Beach in 1949 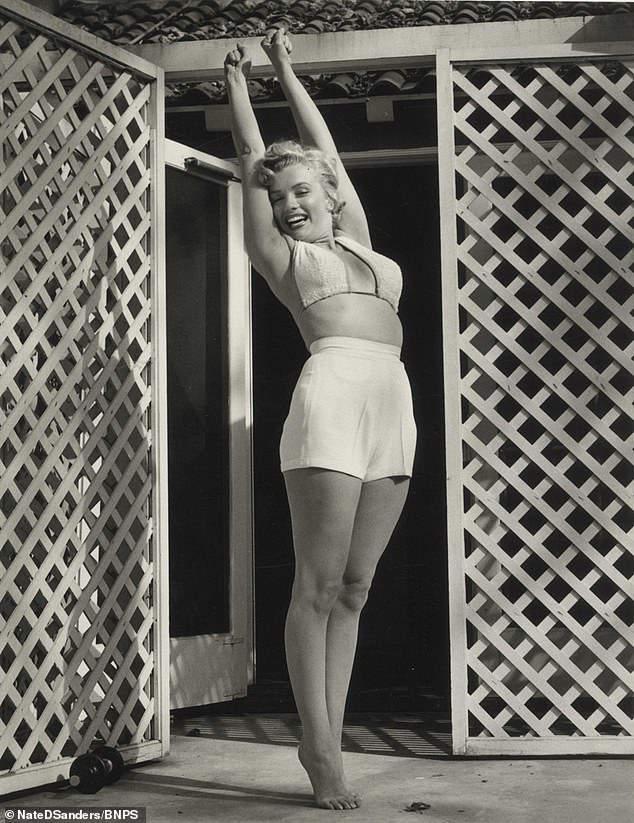 Two pictures capture Monroe at the Bel Air Hotel in Los Angeles in 1953, at the height of her career 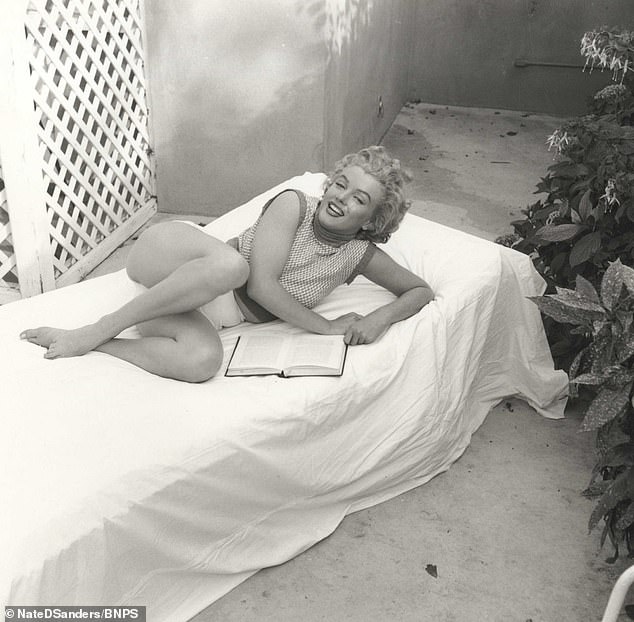 In one of the 1953 snaps, Monroe looks very relaxed, reading on a lounge chair at the Los Angeles Bel Air hotel