A 31-year-old man in the final weeks of his life has been praised for writing an honest and emotional blog about the prospect of dying – and the things he won’t get to do.

Elliot Dallen, who lives in London, posted a ‘call to arms’ on his blog, The Cortisol Diaries, to raise money for one of his favourite charities, Trekstock, which supports young people with cancer.

The former Barclays employee was diagnosed with adrenal cortical carcinoma (ACC), a rare and aggressive cancer, after a ‘massive’ tumour was found on his adrenal gland two years ago – after months of symptoms including a bloated face, problems sleeping and bladder issues.

In the heart-wrenching post, entitled The Switch and Call to Arms, which was also published in the Guardian, he discusses how he’s pondered during lockdown the life that he might have had, including getting married and having children. 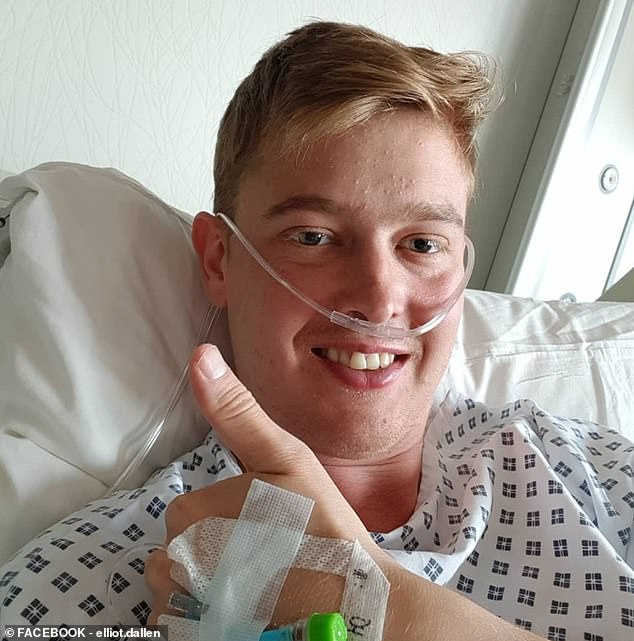 Elliot Dallen, 31, who lives in London, was diagnosed with a rare adrenal cancer in 2018 and is now likely to be in the final weeks of his life; in his latest post on his blog The Cortisol Diaries, he reflects on the life he might have had and talked frankly about the prospect of dying

He’s also brutally honest about how his body has failed him in recent months and how hopes that a drug trial might keep his cancer at bay were crushingly dashed.

In the post, published on August 28th, Elliot says he had planned ‘more of the same’ for his 30s ‘and possibly some settling down for the usually hectic 40s and 50s with kids, mortgage etc.’

He describes in harrowing detail – and often with humour – his dramatic weight-loss in recent weeks and how he realised ‘life is for living’ after much-awaited access to a drugs trial left him ‘a shell of who I was’.

Elliot, who studied at Exeter University and has travelled extensively, wrote: ‘After pinning my hopes on this idea for so long, it took just 10 days for it to batter me.

‘My days involved moving from my room to the sofa, feeling like I had flu and the mental fog that so often accompanies chemotherapy.

‘And almost immediately I realised I just couldn’t do it. Life for me is about living, not just clocking up the years.’ 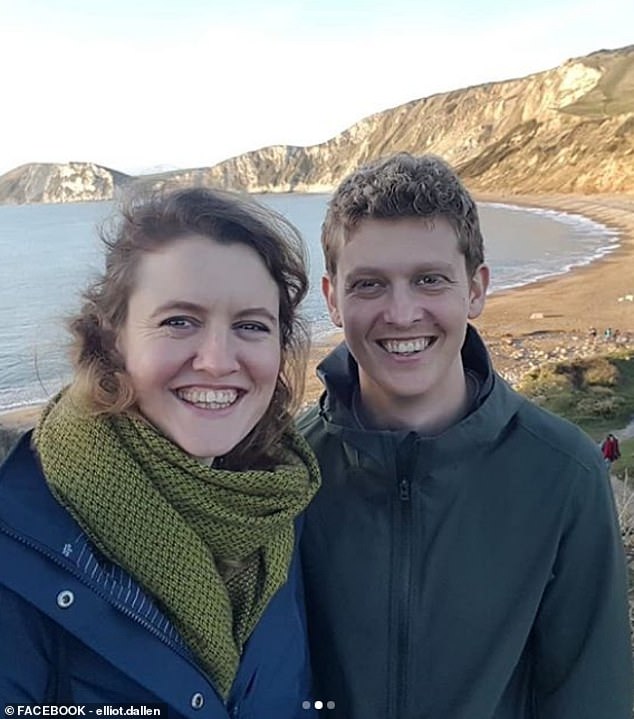 Elliot pictured with his sister; the 31-year-old urges people to do something for others in his emotional post

Elliot also leaves readers with five things that he thinks have been important to him; the importance of positivity and gratitude; being vulnerable and connecting to others, doing something for others and protecting the planet.

He also says that ‘a life, if well lived, is long enough’ and asks readers to appreciate their wellness, saying: ‘The human body is a wonderful thing. You only appreciate this when it starts to fail you and physically completing your waking hours becomes a 12-hour long struggle.’

Those who’ve read Elliot’s latest post have responded with praise.

One wrote: ‘I don’t know what to say but I just want you to know that you’ve made an impact on my life, you write so openly and honestly about your situation.’

Another added: ‘Thank you for allowing us to get to know you; you are one incredible person. I have learned a lot from you. Thank you too for your candor. Wishing you nothing but warmth and peace.’

He ends the post by saying what would make him happy, writing: ‘Apart from the obvious – looking after each other during the period after I’ve gone and helping with the grieving – I’m gonna push for people to really give to charity.’