A 24-year-old Australian businesswoman weighed just 48 kilograms after what started as a fear of weight gain spiralled into a battle with anorexia nervosa.

In 2018, Bree Lenehan, from Queensland, fell into the grips of an eating disorder after becoming infatuated with losing weight and developing an ‘unhealthy relationship with food’.

Bree was struggling so much with her body image she would rarely leave the house and would shy away from wearing anything that showed her body shape – even around her boyfriend of four years.

‘I became obsessed with watching the scale drop; I was exercising every day and I wasn’t eating,’ Bree, who then weighed 69 kilograms, told FEMAIL. 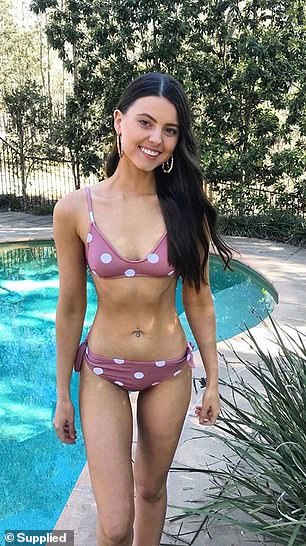 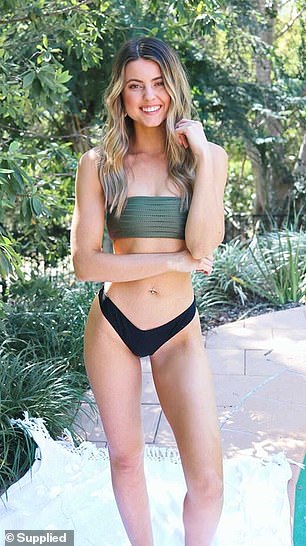 Bree Lenehan (left in 2018 and right, now) weighed only 48 kilograms after living with anorexia and having a fear of gaining weight 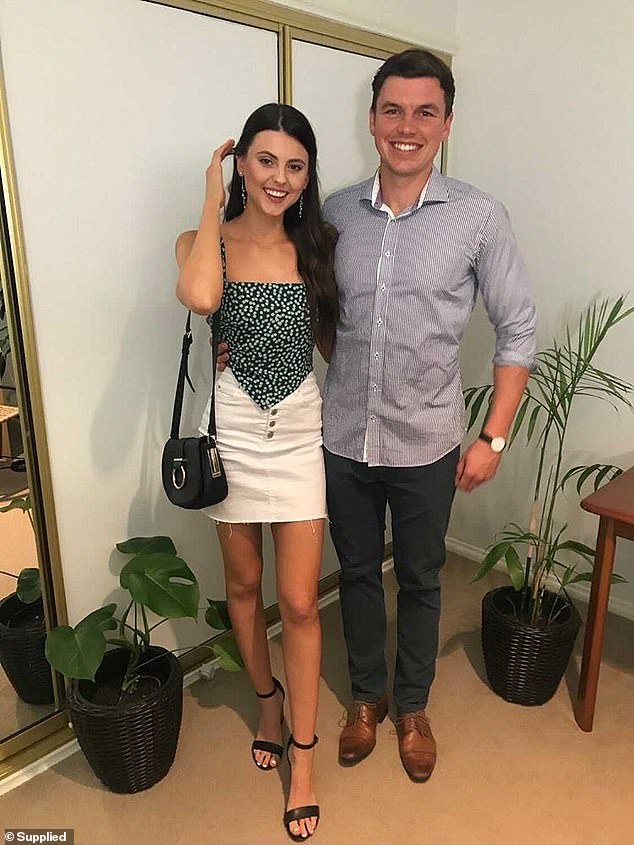 Bree recalled she tried a variety of ‘fad diets’ included keto and intermittent and only ate boiled eggs, a handful of almonds, tuna with cherry tomatoes and lettuce each day.

She wouldn’t eat for 72 hours of the week and felt constantly hungry, flustered, short tempered and often dizzy.

‘I lost ten kilograms in six months and another ten two months later,’ she said, adding: ‘It got to the point where I was constantly focused on losing weight that I became on the verge of being hospitalised.’

She would exercise for an hour and a half six to seven times a week, incorporating 70 minutes of intense cardio and 30 minutes of weight training into each workout.

What is anorexia nervosa?

* Anorexia nervosa is a psychological illness that has devastating physical consequences.

* It is characterised by low body weight and body image distortion with an obsessive fear of gaining weight, which manifests itself through depriving the body of food.

* It often coincides with increased levels of exercise.

* There are two main sub-types of anorexia:

Restricting type — this is the most commonly known type of anorexia nervosa, whereby a person severely restricts their food intake.

* Anorexia nervosa can affect the mind and body in a multitude of ways: 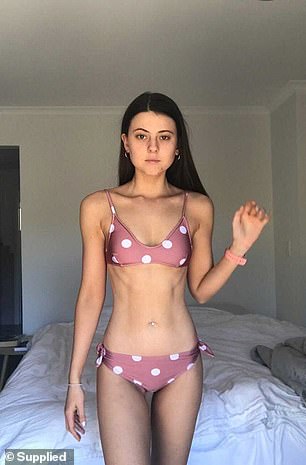 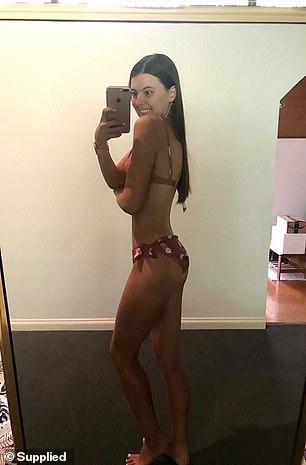 Bree recalled she tried a variety of ‘fad diets’ included keto and intermittent and only ate boiled eggs, a handful of almonds and tuna with cherry tomatoes and lettuce each day

Bree started losing feeling in her right leg from her knee to her foot and stopped getting her regular monthly period – which was what she described as her final wake-up call.

In 2019 she focused on educating herself about health and ‘rewired’ her thinking on nutrition with the help of experts.

‘I took it upon myself to reverse what I had done and gain the weight I had lost, so I began eating more,’ she said.

‘It was scary that I took such unnecessary drastic measures and didn’t want to stop losing weight, but I didn’t have to knowledge to understand that I didn’t need to do that to look good.’

After three months of maintaining a well-balanced diet, Bree gained seven kilograms and regained her period.

With help from her nutritionist, she now incorporates up to seven meals into her daily diet and goes to the gym four times a week. 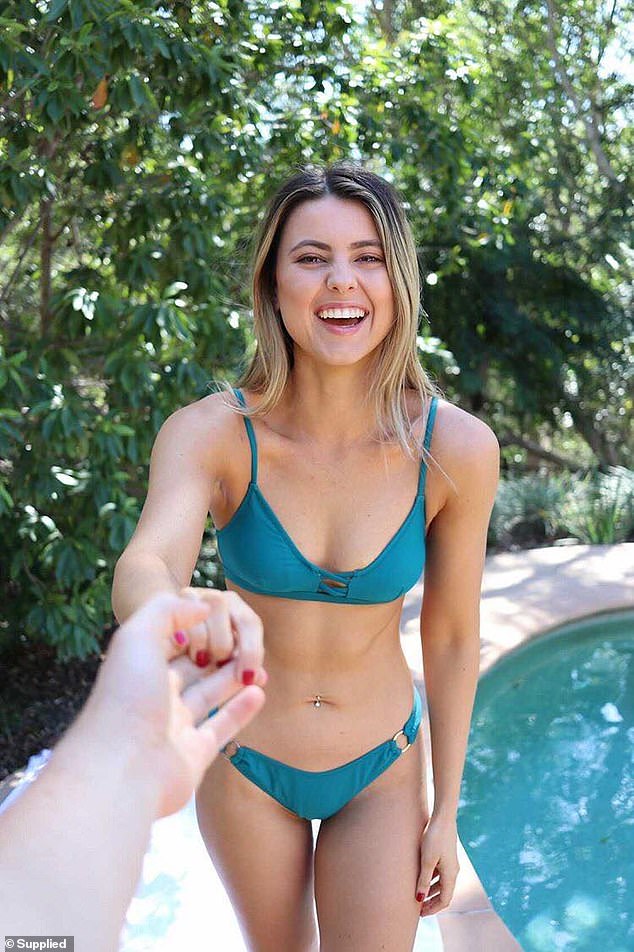 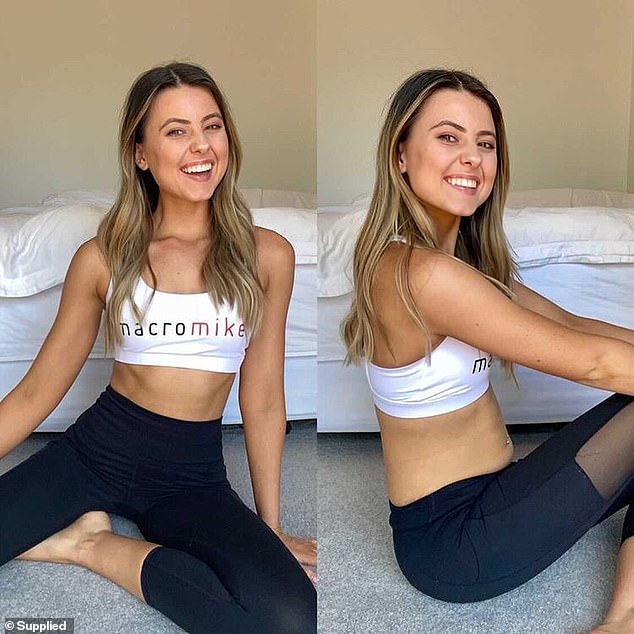 ‘I took it upon myself to reverse what I had done and gain the weight I had lost, so I began eating more and had help from a nutritionist,’ she said 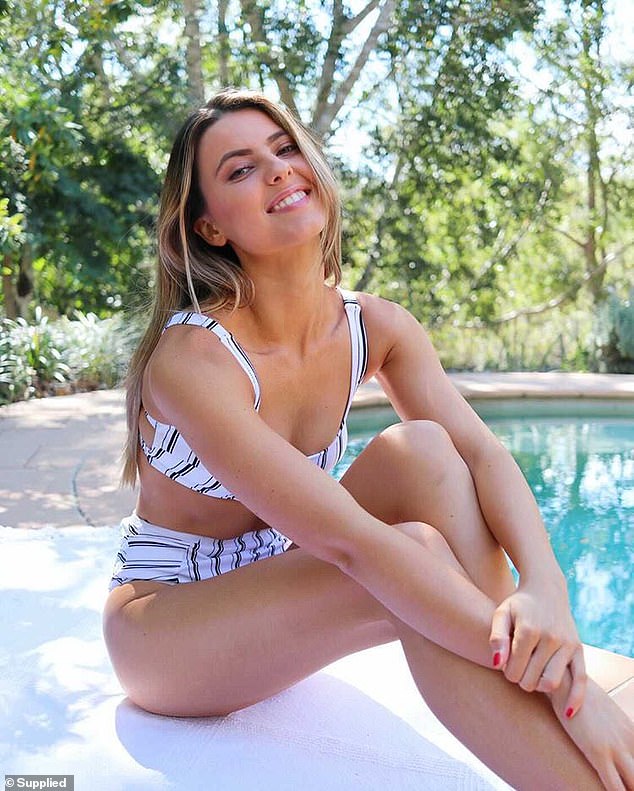 After three months of maintaining a well-balanced diet, Bree gained seven kilograms and regained her period, which she was overjoyed about

‘It was a very controlling lifestyle and looking back it makes me feel sad that it I was so obsessed with being skinny,’ she said.

She now hopes to inspire and motivate others to maintain a healthy lifestyle when losing weight and focus on balance.

‘I feel amazing, I enjoy eating food I like and feeling confident in my body – and I accept my flaws rather than being picky about how I look,’ she said.

‘Learning to appreciate your body as it is and what it can do is really important no matter what your personal goals are.’

If you need help or support for an eating disorder or body image issue, please call Butterfly’s National Helpline on 1800 334 673 or email support@thebutterflyfoundation.org.au