A father has sparked a furious debate on social media over his ‘definitive’ rankings of cheeses – and even celebrity chef Manu Feildel was not impressed.

The former Kyle & Jackie O radio show producer – who’s known for rating iconic snacks, fast food burgers and pizza toppings – has attracted the ire of cheese connoisseurs, including the My Kitchen Rules judge, with his list.

‘The 100 per cent accurate cheese power rankings. Don’t bother commenting, this isn’t up for discussion,’ Bruno said in his latest Instagram post. 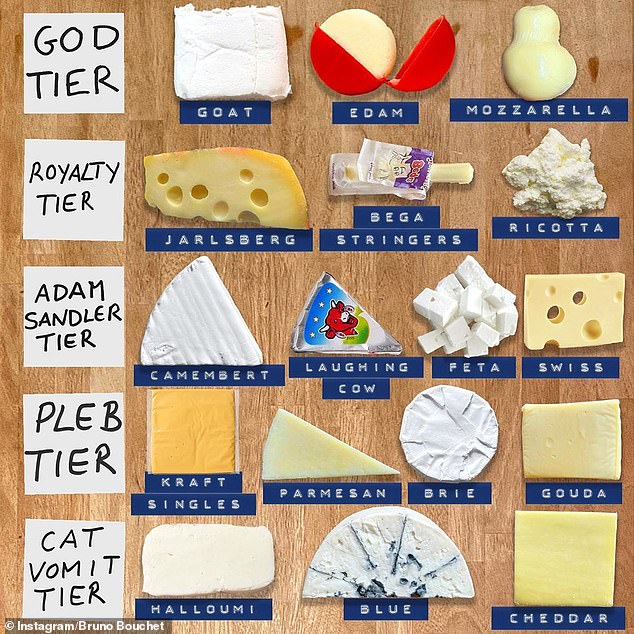 My Kitchen Rules judge Manu Feildel weighed in on the controversial ranking, saying Bruno is ‘wrong’ with his cheese list

Goat’s cheese, mozzarella and Edam, which is coated in red wax, were awarded the coveted top spot in the ‘God tier’ category.

Jarlsberg and ricotta featured in the second best ‘Royalty tier’, alongside Bega stringers, which are cheese sticks that can be peeled into strings.

In the centre of his rankings, Bruno put Camembert, Laughing Cow, feta and Swiss cheese in the ‘Adam Sandler tier’, or what he describes as the middle ground of ‘take it or leave it’.

The ‘Pleb’ or the second lowest tier proved controversial for its inclusion of fan favourites brie and parmesan, alongside Gouda and Kraft singles.

Halloumi, blue cheese and cheddar stood at the bottom of the barrel in the ‘cat vomit’ tier.

Many were furious with his ‘wrong’ choices, while others were ‘offended’ with the low placement of blue, feta, brie and Camembert.

‘I’ve been disappointed with some of your rankings in the past but this one my friend, you are so so so wrong. I can’t even begin to tell you,’ Manu said.

‘Cheeses Christ! You’ve made some serious errors here,’ another said, while one added: ‘Been a long time fan of you and your work but I don’t think I can get past the disrespect for blue here.’

Some were baffled by the high rankings of Edam and goat’s cheese.

‘You lost me at Edam on the God tier,’ one man said, and another added: ‘Goat’s cheese belongs in the bin.’

Others even questioned Bruno over his French background, with one saying: ‘You’ve lost your damn mind Bouchet. How are you even French?’ 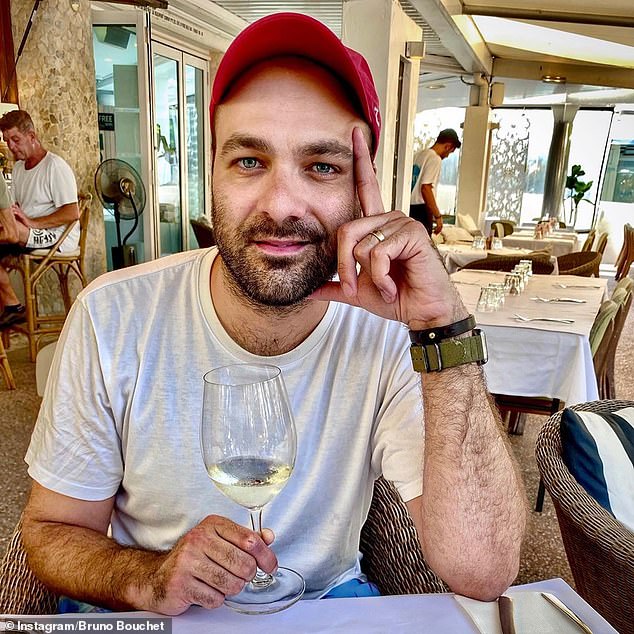 Surprisingly, some agreed with his rankings, while others said it’s ‘almost perfect’.

‘I agree with absolutely everything except I’d swap halloumi with ricotta 9/10 almost perfect list,’ one said, while another added: ‘Absolutely spot on! If there was a tier under “cat vomit”, blue would be in that level… worst cheese ever! And goat’s cheese is the G.O.A.T of all cheese.’

Others made fun of Bruno’s list, with one saying: ‘This is the Aussie bogan list,’ while another added: ‘The basic bogan power rankings more like it.’