People who have a Yorkshire accent sound 25 times more trustworthy than someone with a Brummie accent, according to new data.

In a poll commissioned by OnBuy, 2,221 people listened to 15 accents from around the UK and were then asked who they would trust and favour in job interviews based on their accent alone.

All participants were asked: ‘Which out of all of the following accents do you believe to be the most trustworthy? (Which do you consider most friendly and least intimidating?)’

They were also asked to write down three adjectives for each of the accents they heard. 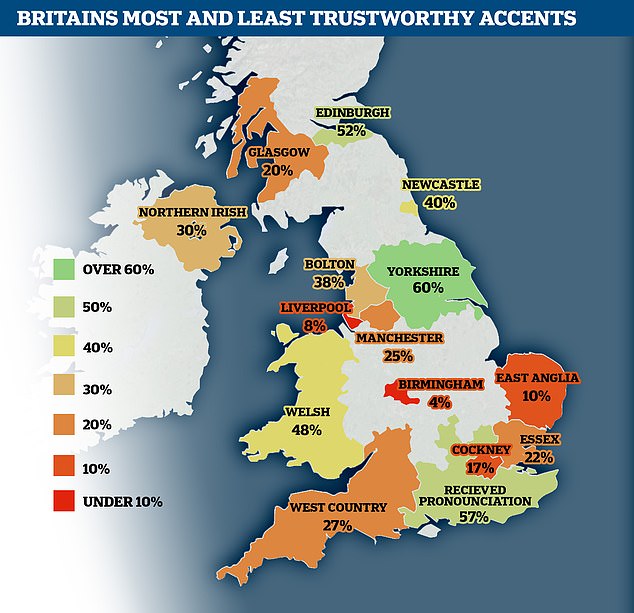 A poll commissioned by OnBuy.com found that the Yorkshire accent was deemed to sound the most trustworthy in the country, with Received Pronunciation – the Queen’s English – coming a close second (pictured)

Of the 2,221 people involved in the poll, 60 per cent selected the Yorkshire accent as being the most trustworthy with adjectives such as ‘intelligent’ and ‘calming’ commonly used by those polled to describe it.

Having been selected by 57 per cent of participants, the Received Pronunciation, commonly found in Kent, London and Hertfordshire, came in at a close second place.

The only other accent to be picked as trustworthy by more than half of the participants was an Edinburgh accent, which was chosen by 52 per cent.

At the other end of the scale, the Brummie accent was deemed to sound the least trustworthy and was picked by only four per cent of those polled. 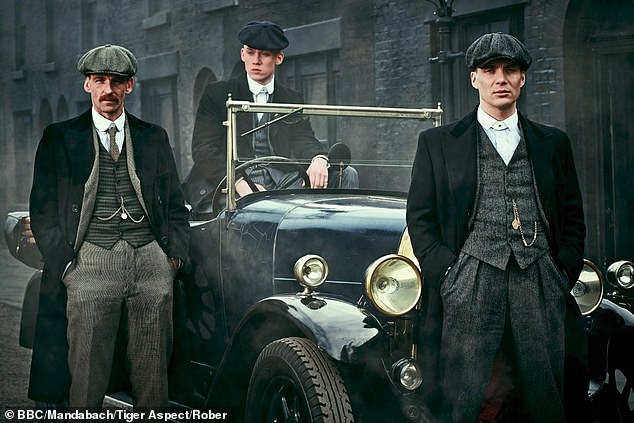 The Birmingham accent, which features prominently in the TV show Peaky Blinders (pictured), was voted as the least trustworthy accent in the UK in a recent poll

The accent was frequently described as ‘slow’ and ‘monotone’ by those involved in the poll.

Only narrowly escaping the bottom spot was the Scouse accent from Liverpool which was only picked as trustworthy by eight per cent of people.

This accent was described as ‘unintelligent’ and ‘intimidating’ by some of those polled.

Breaking into double digits, in third last place, was the East Anglian accent which is commonly found in Norfolk and Suffolk.

Ten per cent of people in the poll chose the East Anglian accent as trustworthy.

What are the most and least trustworthy accents in the UK