A couple have officially become Mr and Mrs White-Christmas after tying the knot in a pre-lockdown ceremony.

Childhood sweethearts Kieran White, 20, and Tilly Christmas, 20, Dorset, tied the knot yesterday in a Covid-secure ceremony at the Roman Baths in Bath, Somerset.

The couple, who met when they were just 12 years old, decided to combine their surnames to create the very unusual ‘White-Christmas’. 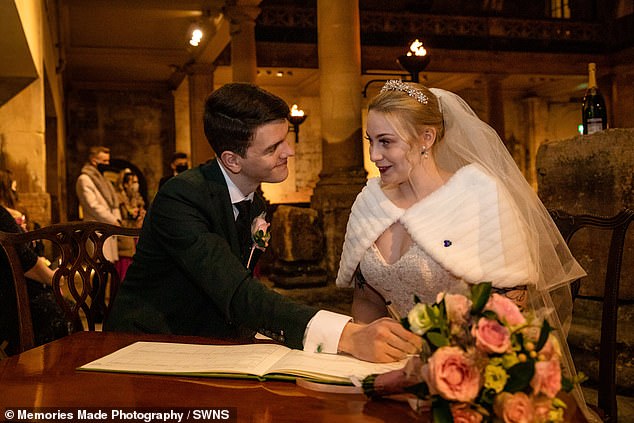 Kieran White, 20, and Tilly Christmas, 20, from Bath, pictured signing the register on their big day tied the knot in a Covid-secure ceremony with just a handful of guests yesterday and have become the world’s first ever Mr and Mrs White-Christmas 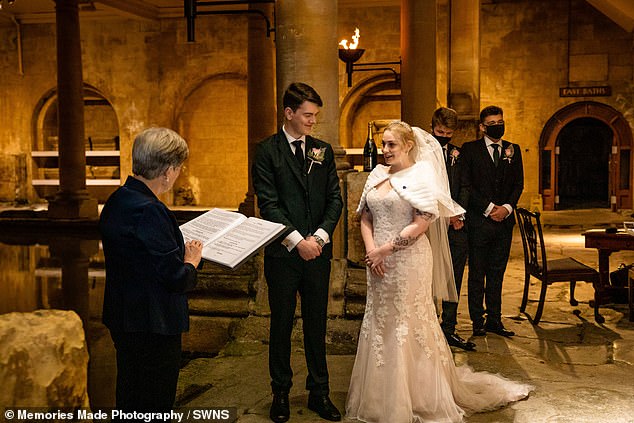 Tilly and Kieran got wed in front of 13 guests at the Roman Baths yesterday in a beautiful ceremony, ahead of the new national lockdown starting tomorrow

Bride Tilly, from Dorset, said: ‘We didn’t actually twig what our last names would be when we got together until a friend shared a photo of us from prom with the hashtag #WhiteChristmas.

‘I wanted to keep the surname Christmas for a few reasons – I’ve always loved having it as a last name throughout my life and I really love Christmas time as well.

‘It just so happens that the man I’ve married has the perfect surname to go with it!’

Kieran and Tilly fell for each other as teenagers at the same school in Bridport, Dorset, after meeting at just 12 years old. 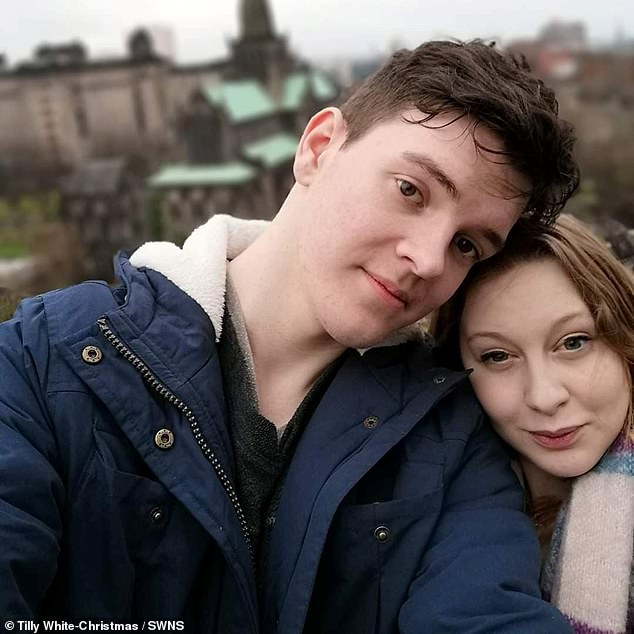 Kiera and Tilly fell in love as teenagers after attending the same school, meeting at just 12-years-old 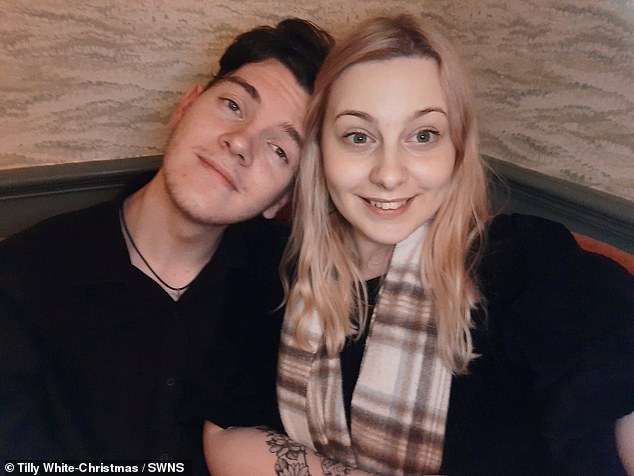 Tilly, who loves Christmas, said she wanted to keep her festive name, but had not worked out what her last name would be when Kiera proposed in 2018

Supermarket assistant Kieran decided to propose to Miss Christmas during a festive holiday in Glasgow in 2018.

Tilly said: ‘We were visiting the Doulton Fountain the day after Boxing Day and Kieran dropped to one knee behind me.

‘He started to propose but I was so taken by the beauty of the fountain that I didn’t even hear him and started to walk off!

‘He called my name as I walked away so I turned around and was completely shocked to see him kneeling down with a ring!’

The happy couple had booked to get married at Webbington Hotel and Spa in July 2020 but their wedding was unfortunately cancelled due to coronavirus. 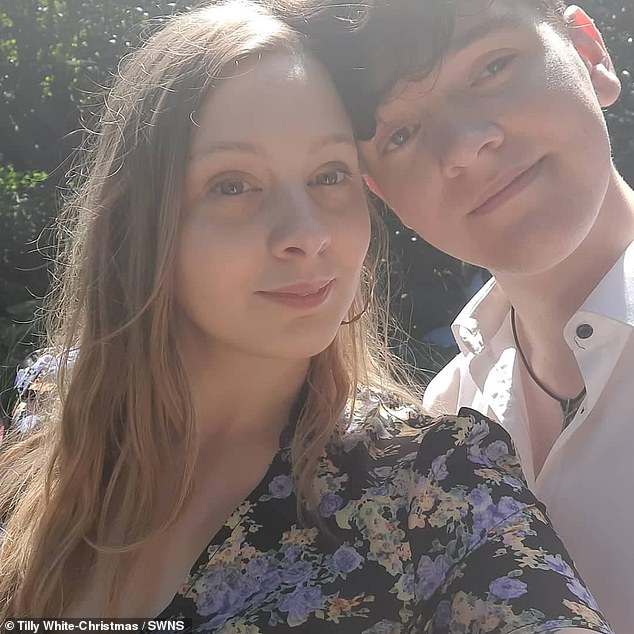 Mr and Mrs White-Christmas! The couple got engaged in Glasgow the day after Boxing Day in 2018 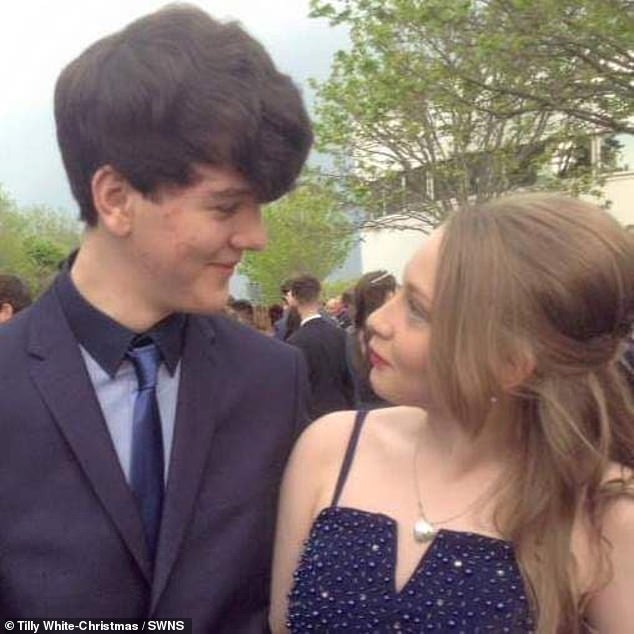 The sweethearts, ho had been together for eight years, had booked to get married at Webbington Hotel and Spa in July 2020 but their wedding was unfortunately cancelled due to coronavirus

They eventually tied the knot at the Roman Baths yesterday, November 3, with a small group of 13 guests gathered at the historic attraction.

Now officially married, the newlyweds are returning to Dorset as Mr and Mrs White-Christmas just in time for Tilly to celebrate her 21st birthday on Bonfire Night.

Business student Tilly said: ‘I’ve grown up with the last name Christmas so I’m used to it but I think it’ll take a while for Kieran to adjust.

‘I’ve booked tables at restaurants during the Christmas period before and then found out the reservation wasn’t made as they thought it was a joke!

‘Our wedding was absolutely beautiful and felt like a real once in a lifetime experience to get married at the Roman Baths.”

Councillor Paul Crossley, cabinet member for Community Services, said: “On behalf of the council, our registrars and the team at the Roman Baths I want to pass on our heartfelt congratulations to the new Mr and Mrs White-Christmas.

‘They made it just in time to get married before the latest restrictions and we were delighted that they chose the Roman Baths.”