An adorable video of a young boy pretending to be CNN‘s chief national correspondent, John King, is blowing up on social media.

Seven-year-old Elijah Cole from Miami, Florida has become famous overnight, with people loving his presentation of how the US election — which is still ongoing — works.

In the footage, the politically-aware grade schooler breaks down the candidates’ Electoral College votes, explaining how former Vice President Joe Biden is on his way to the 270 votes needs to win. 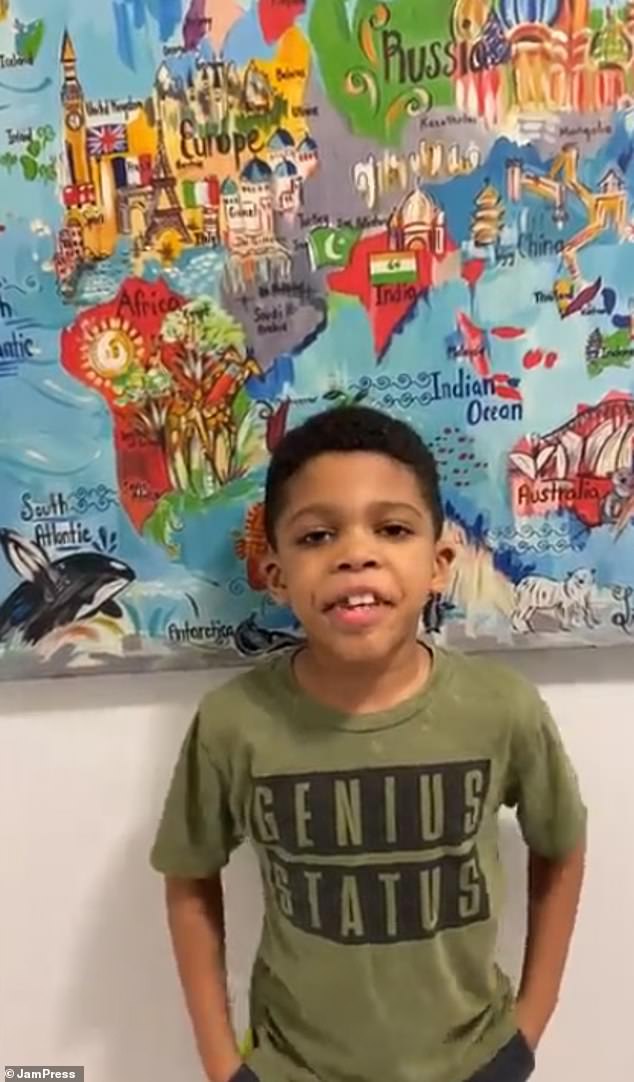 While his mother, Amber Cole, films the little boy mimics what he has seen on TV — though it’s clear he has been paying attention, since he has the numbers and paths to Biden’s victory down.

Here, his mother, a masters-level social worker and PhD student, chimes in: ‘Is there another path for Biden? What state?’

Like any good journalist, Elijah has the answer to tough questions and replies: ‘He could win all the states that Trump’s trying to win.’ 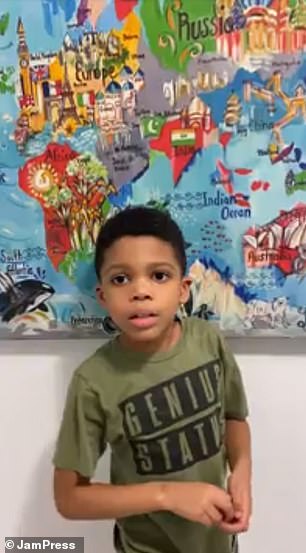 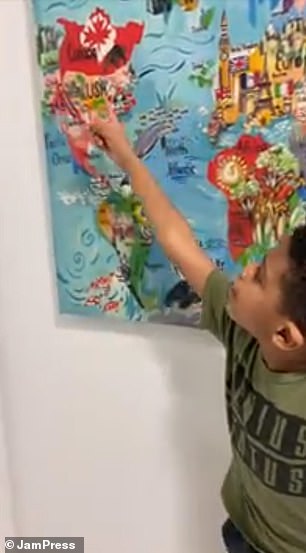 Step by step: In the footage, the politically-aware grade schooler breaks down the candidates’ Electoral College votes

His mother then quizzes him further, asking him to name all the states Trump would have to win to win back the presidency.

Elijah ticks off Nevada, North Carolina, Pennsylvania, Georgia, and Arizona — the latter of which has already been called for Biden by the AP and Fox News.

The Coles’ clip, which has been viewed by nearly 132,000 people so far, has even caught the attention of John King himself.

Amber told Jam Press that Elijah was thrilled that the CNN journalist retweeted him.

‘Elijah felt seen when THE John King retweeted him,’ she said. ‘His first reaction was “wow” because John King is a “good, helpful news journalist who is the BEST with his magic wall.”

She also revealed that her son is already politically engaged, and marched with her to protest gun violence. 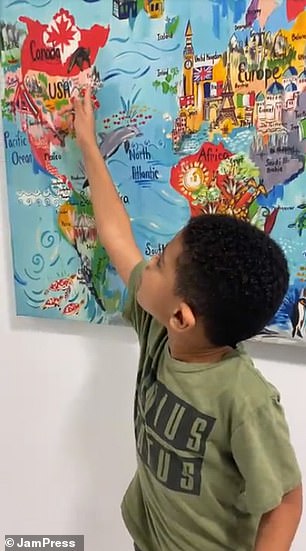 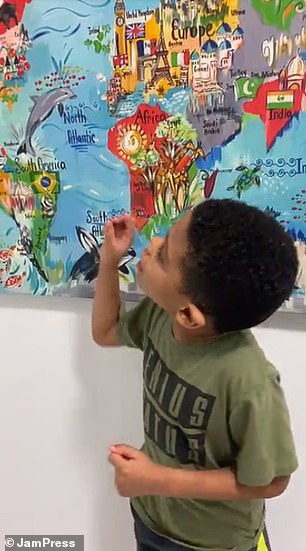 ‘We voted this 2020 election and Elijah has voted in every election since he was born (2014, 2016, 2020),’ she said. ‘We vote (and I say “we” because I include both Elijah and his brother in my civic duties) because we are firm believers that voting is an opportunity for change.

‘Elijah is also quite the activist and has attended marches to end gun violence,’ she said.

Amber went on to explain how her job as a social worker has made her hyper-aware of the problems facing the country.

‘Through my passion for social welfare I have grown to truly understand social, environmental and educational issues,’ she said.

‘These challenges in America, including things like climate change, public health, and human rights, are also important to Elijah. This is a prime reason as to why he has been actively involved in this year’s election.

‘Elijah loves nature and wants to be a wildlife biologist. However, he is gifted and enjoys all things STEAM (Science, technology, engineering, art, and mathematics.’