A church on the site of Sydney’s last flour mill has been converted into a one-of-a-kind luxury home, still fronted by the original brick gable and stained glass windows constructed more than a century ago.

The redesign has transformed the local landmark into ‘one of the most unique and interesting properties’ in the Eastern Suburbs – complete with marble bathrooms, walk-in wardrobes and Italian stone floors spread across each three-storey unit.

The four-bedroom apartment at the front of the building has been fitted with a state-of-the-art kitchen designed by Robert Marchetti, the celebrity chef at the helm of the iconic Icebergs Dining Room overlooking Bondi Beach. 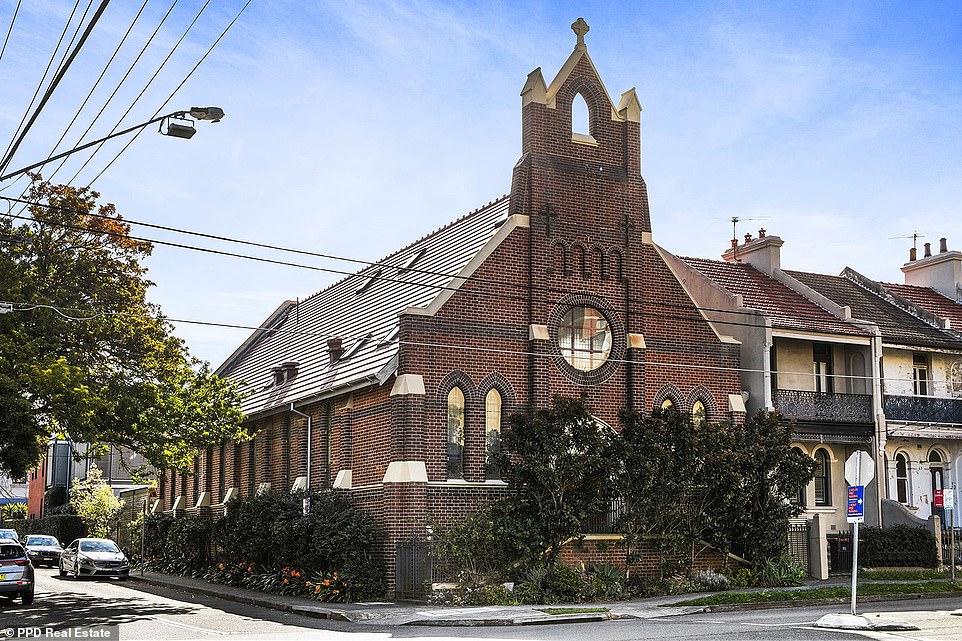 The historic church on the site of Sydney’s last flour mill in Bondi Junction, which has been transformed into two luxury apartments complete with marble bathrooms, state-of-the-art kitchens and Italian stone floors 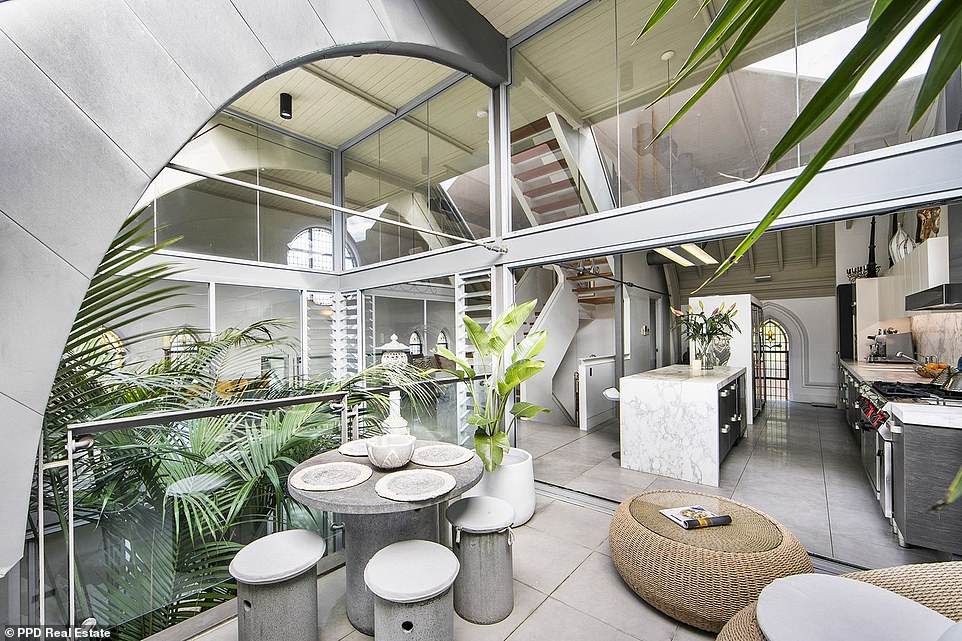 ‘We preserved quite a bit of it, the original structure stayed fully intact,’ Mr Baker told Daily Mail Australia.

Inside, the apartments are separated by a garden courtyard which was strategically positioned to flood every inch with natural sunlight.

The renovations were made during a time of increasing demand for church-converted homes, when buyers looked to capitalise on their enormous floorspace.

Mr Baker made the most of the site by adding a mezzanine floor into the towering, empty structure and flooding the inside with sunlight by adding more windows. 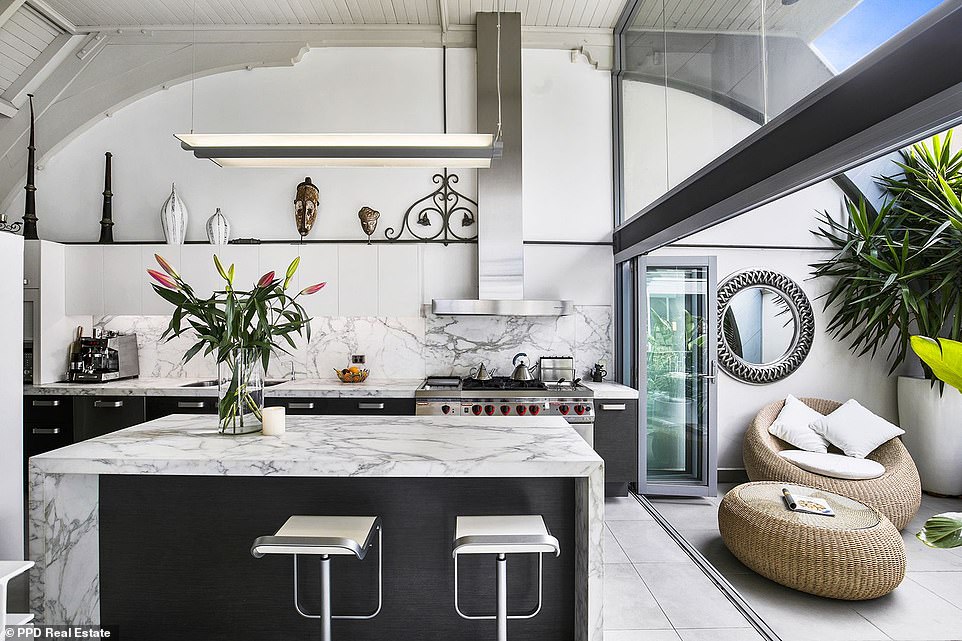 The state-of-the-art kitchen was designed by Robert Marchetti, the celebrity chef at the helm of the iconic Icebergs Dining Room overlooking Bondi Beach 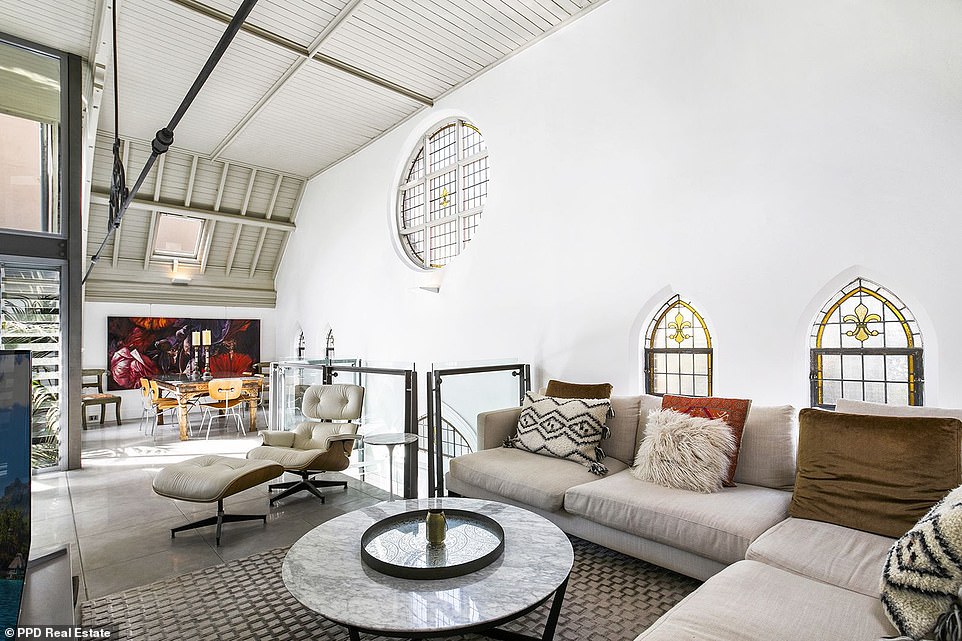 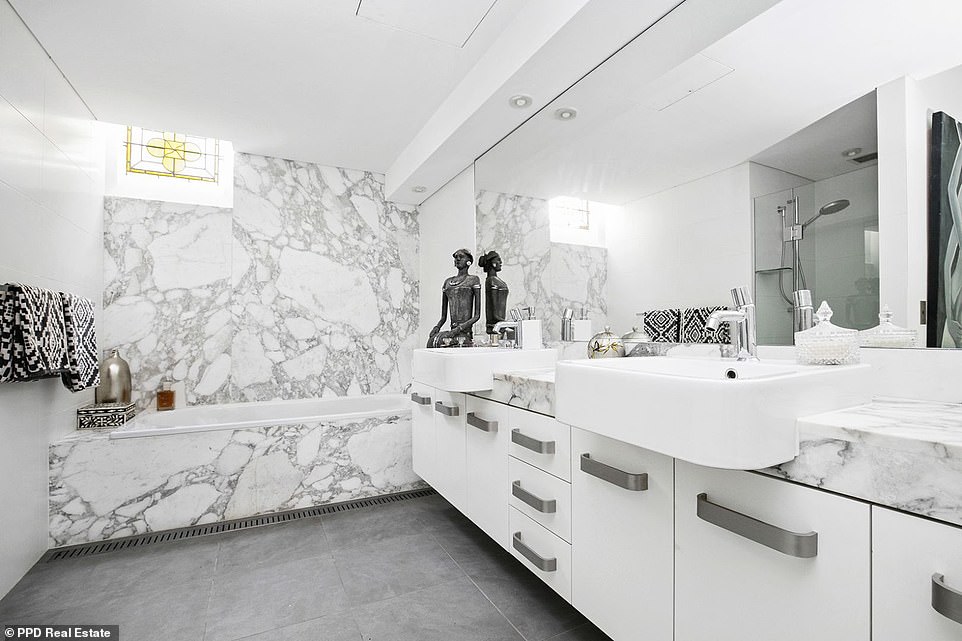 It acts as the heart of the home, comprised of the kitchen, living-cum-dining area and one of the three bathrooms.

Mr Baker said the most challenging part of the redesign was ‘introducing the mezzanine in such a large space’ and installing skylights in the roof while maintaining the integrity of the building’s ironwork shell.

Spread across the ground floor is the entrance hall, sunlit foyer, additional living room, laundry and two of the four bedrooms, including the spacious master with ensuite and two walk-in wardrobes.

The remaining two are in the third floor ‘loft’, which also has an open-plan lounge and plenty of storage space.

The church conversion was featured in the first season of ‘House Rules’ hosted by landscape designer Jamie Durie in 2013. 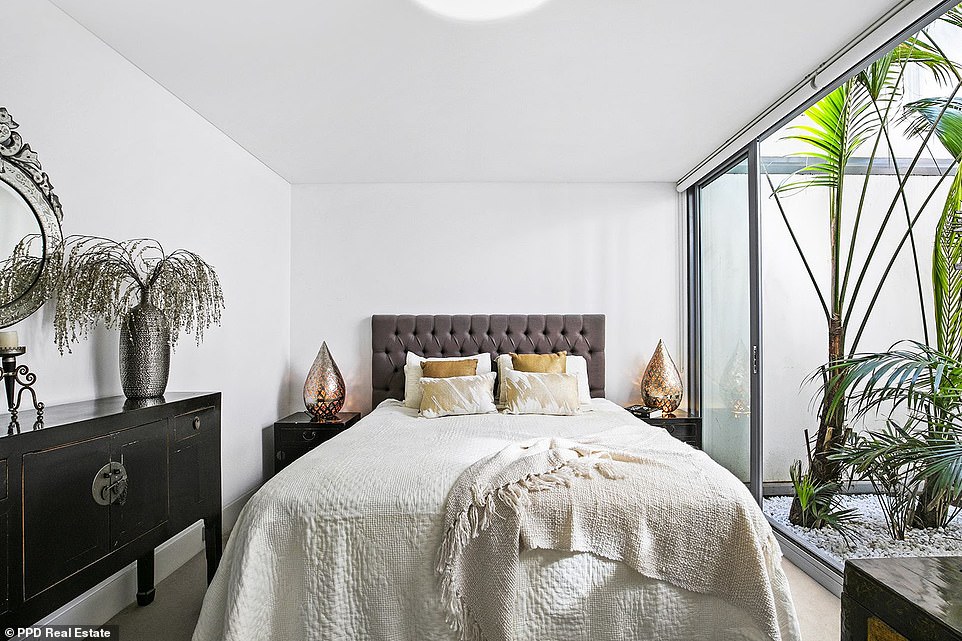 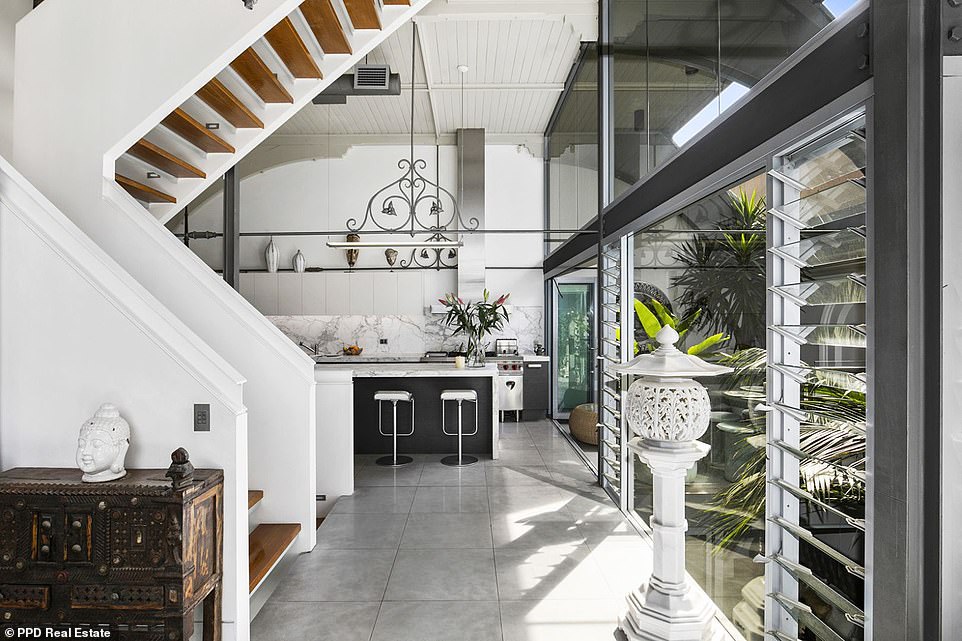 The apartment has just been listed with an asking price of $3.6million – $655,000 more than the average price of a four-bedroom in the neighbourhood

Realtor Alexander Phillips of PPD Real Estate agency has just listed the apartment at the front of the building with an asking price of $3.6million – $655,000 more than the average price of a four-bedroom in the neighbourhood, which was $2.95million in September this year.

Once home to a working-class immigrant community, Bondi Junction is now an ultra-desirable suburb popular among young professionals for its proximity to Bondi Beach on one side and the CBD six kilometres away on the other.

The Junction is Sydney’s fifth largest business district, behind the CBD, North Sydney, Parramatta and Chatswood.