Aren’t you glad the weather has cooled down? I found it near impossible to work at home during the heatwave. But the member of our household who suffered the most in the humidity of those airless 33c days was our cat.

It really wasn’t the weather for a thickish, dark fur coat. In the heat of the day, we would discover him in improbable places: padding around a recently-vacated shower, outstretched half way up a staircase, slumbering under the leafy tendrils of an overgrown garden plant, hidden in the dark, dusty recesses of some under-bed storage, or flat out on his back on a still cool patch of grass. Startled awake, he would cast his eyes up reproachfully, clearly holding us, his disappointing human helpers, responsible.

Last term, when my nine-year-old had to write an ode inspired by lockdown, he tried to imagine it from the perspective of the cat, wearied by his human help meets no longer giving him the space he needed to snooze all day. 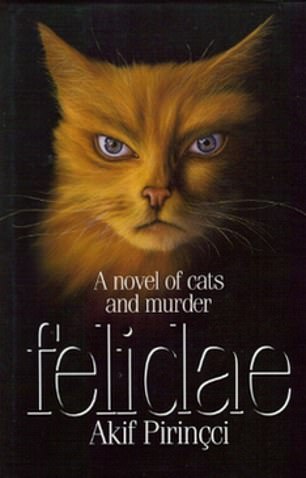 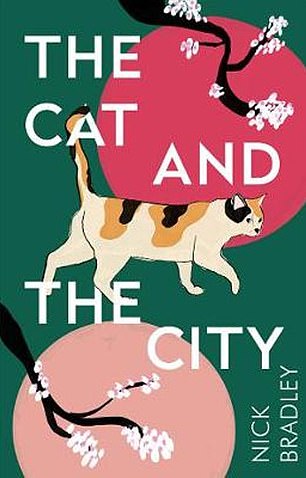 British literary expert Patricia Nichol, shared a selection of books on cats including Felidae by Akif Pirinçci (pictured left) and The Cat And The City by Nick Bradley (pictured right)

A few special kitties also make star appearances in adult fiction. The Cat And The City by Nick Bradley features 15 interconnected Tokyo stories, each one visited by an inscrutable stray calico. Poignantly, the stories frequently refer to the preparations for the postponed Tokyo Olympics.

Felidae is a star German cat detective, the sleuth protagonist of a series of free-ranging bestselling novels by Turkish-German author Akif Pirinçci. The Master And Margarita by Mikhail Bulgakov is one of the foremost satires of Soviet Russia. It imagines the Devil visiting Stalinist Moscow. In his entourage is Behemoth, a massive black Tom who talks, walks and drinks vodka.

My favourite cat image is Judith Kerr’s cover illustration for Mog’s Bad Thing. Do seek it out: it’s a peerless evocation of shame and regret. It will make you chuckle, even purr.